hmm ... i'm really getting interested in contibuting a SP campaign based on Bioshock's Rapture... maybe not "literally", and if not then a similar theme i.e. underwater city, maybe ancient alien rather than 1940's art deco. I've been studying the original game and am planning for building a high-detail environment using re-usable bits/prefabs/meshes and "approximate" textures, which I will have to create. Of course it will not come close to the actual Bioshock levels, but should look recognizable as much a ut99 will allow

We'll have to see how i turns out, obviously.

So just saying I'll start with the idea of doing a small SP campaign. That looks like a small number of small chained levels. Is that going to be an issue for anyone?
If it turns out to be too much work, then I will reduce to a MH or AS map, and if that fails then switch to CTF, DM, or DOM.

Well that's my plan for now

But remember the maps for the contest it self have to be made from scratch.
If you continue a already started map, it's classified as Bonus Map

Fragnbrag, that will be interesting.

What if we had a gametype akin to Diablo, then (except player versus player), where players could rack on experience (and opponent loot) or something like that? I mean, it would be simpler if it already existed...
"Everyone is an idea man. Everybody thinks they have a revolutionary new game concept that no one else has ever thought of. Having cool ideas will rarely get you anywhere in the games industry. You have to be able to implement your ideas or provide some useful skill. Never join a project whose idea man or leader has no obvious development skills. Never join a project that only has a web designer. You have your own ideas. Focus on them carefully and in small chunks and you will be able to develop cool projects."

How about maps for the Battle Royale gametype?
Just shouting some.

I would love a Erangled type styled map, little bit smaller of course, because limitations!

Combine some Nali Villages together with some DM-CivilWar type surroundings and voila!

So are we doing this or what?
Top

@FraGnBraG
Some audio inspiration. 2 free mashup albums based on the Bioshock games 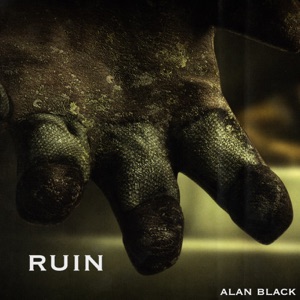