MAPS - the best maps made by community

No, you're right about that, but the first post in this entire thread specifies maps made by this community, ie: members of this forum.

Or am I wrong about that?
http://unreal-games.livejournal.com/

EvilGrins wrote: ↑
Sun Jul 26, 2020 8:25 pm
No, you're right about that, but the first post in this entire thread specifies maps made by this community, ie: members of this forum.

Or am I wrong about that?

It isn't clear - "As topic implies, it is going to be a list of the best maps made by UT99 community" could mean members of this forum or it could mean the UT99 community in general but " We want to make a list of truly best maps out there" suggests it could be the latter - the first two maps named were made by members of this forum (no idea who made Chronic-Zen) - after that, it seems to have broadened out.

I would take it to be maps made by the UT99 community in general, that is any non default/stock maps.
Top

DOM-CasaDelPeligro (by Los Pescados)
For some reason I think it works better as a DM map than a DOM one, still a fun map: 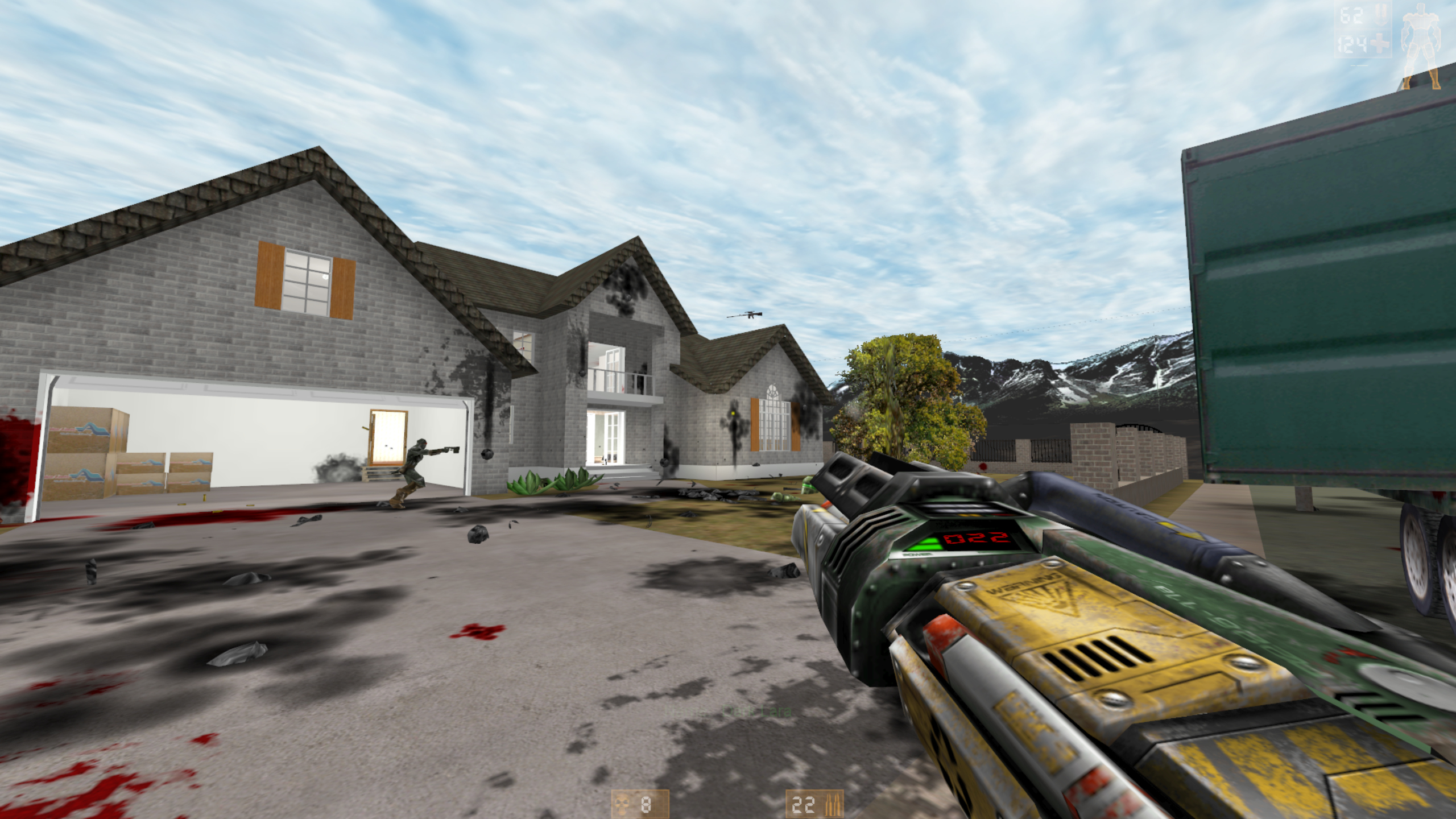 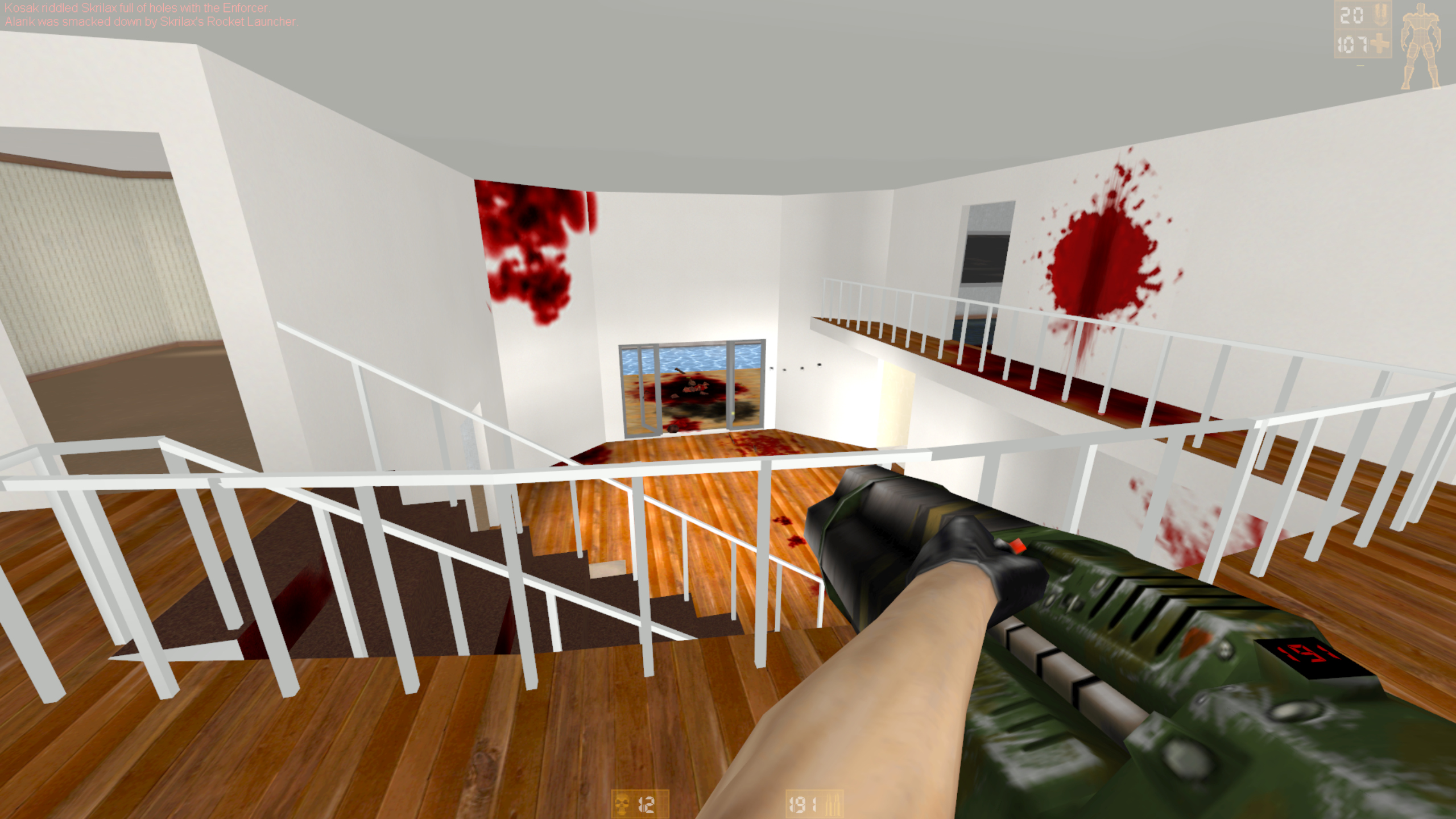 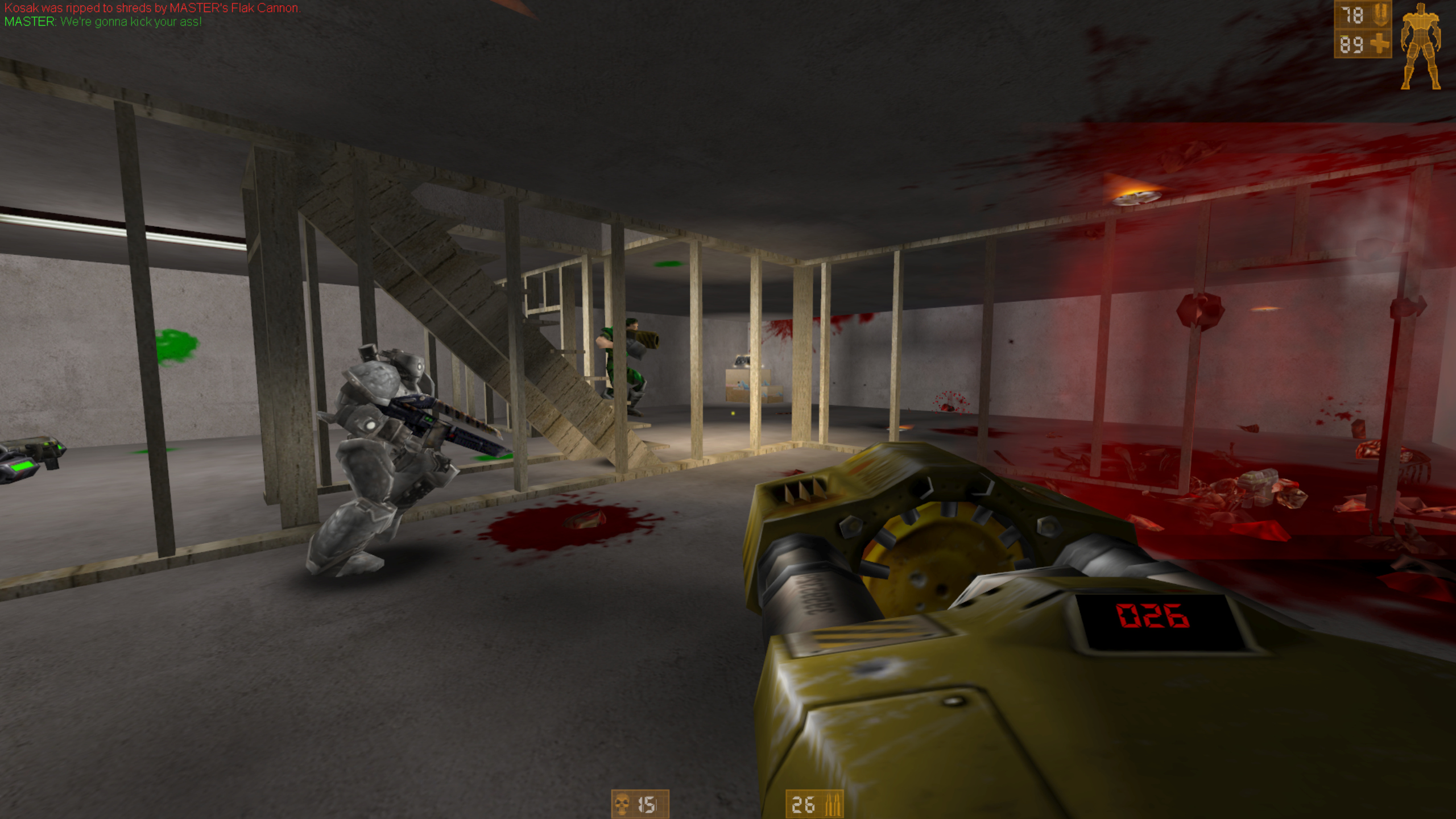 
DM-TimeCrash (by Willy "Mr.Prophet" Drekker)
A big map that happens to be quite enjoyable: 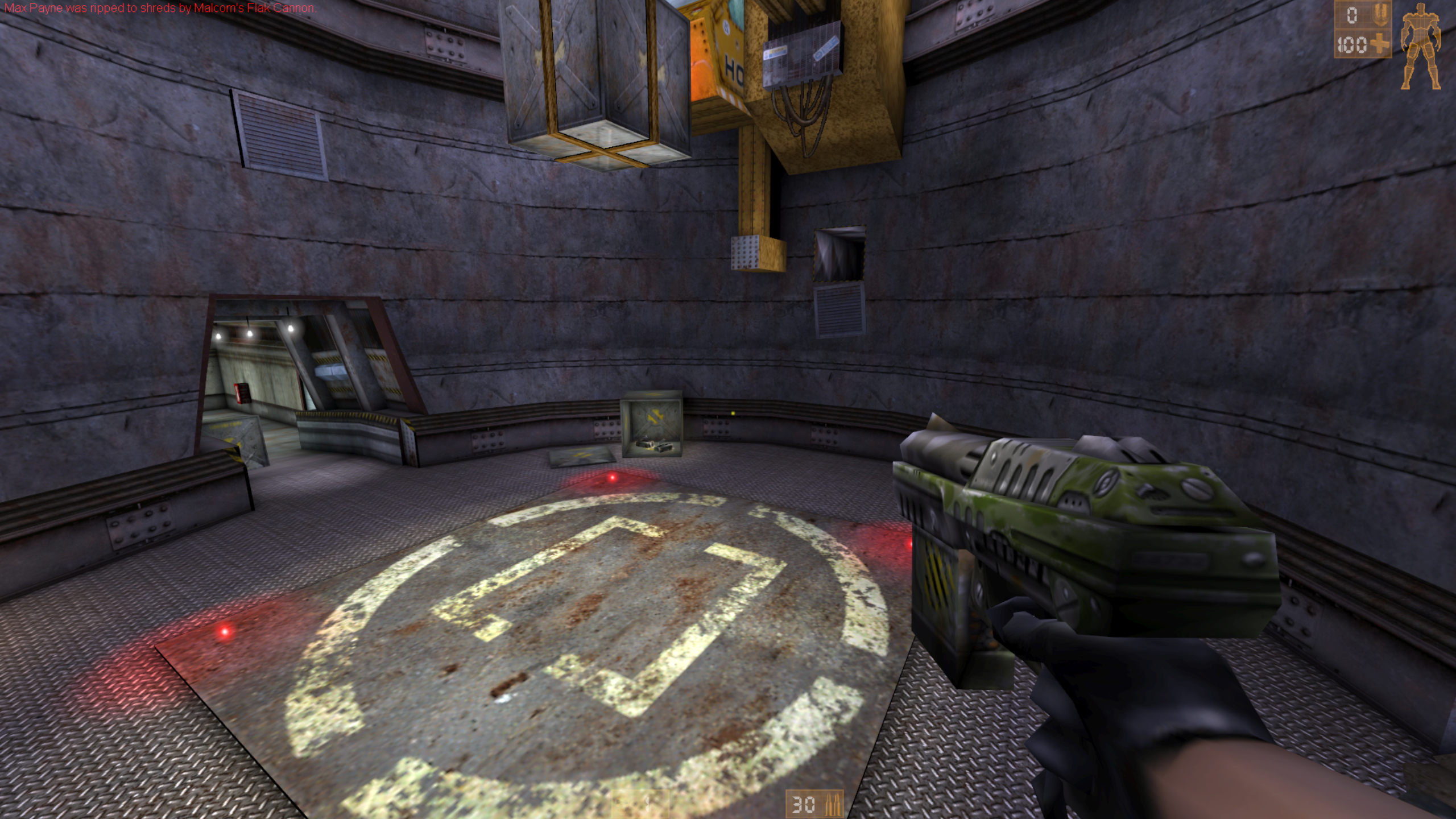 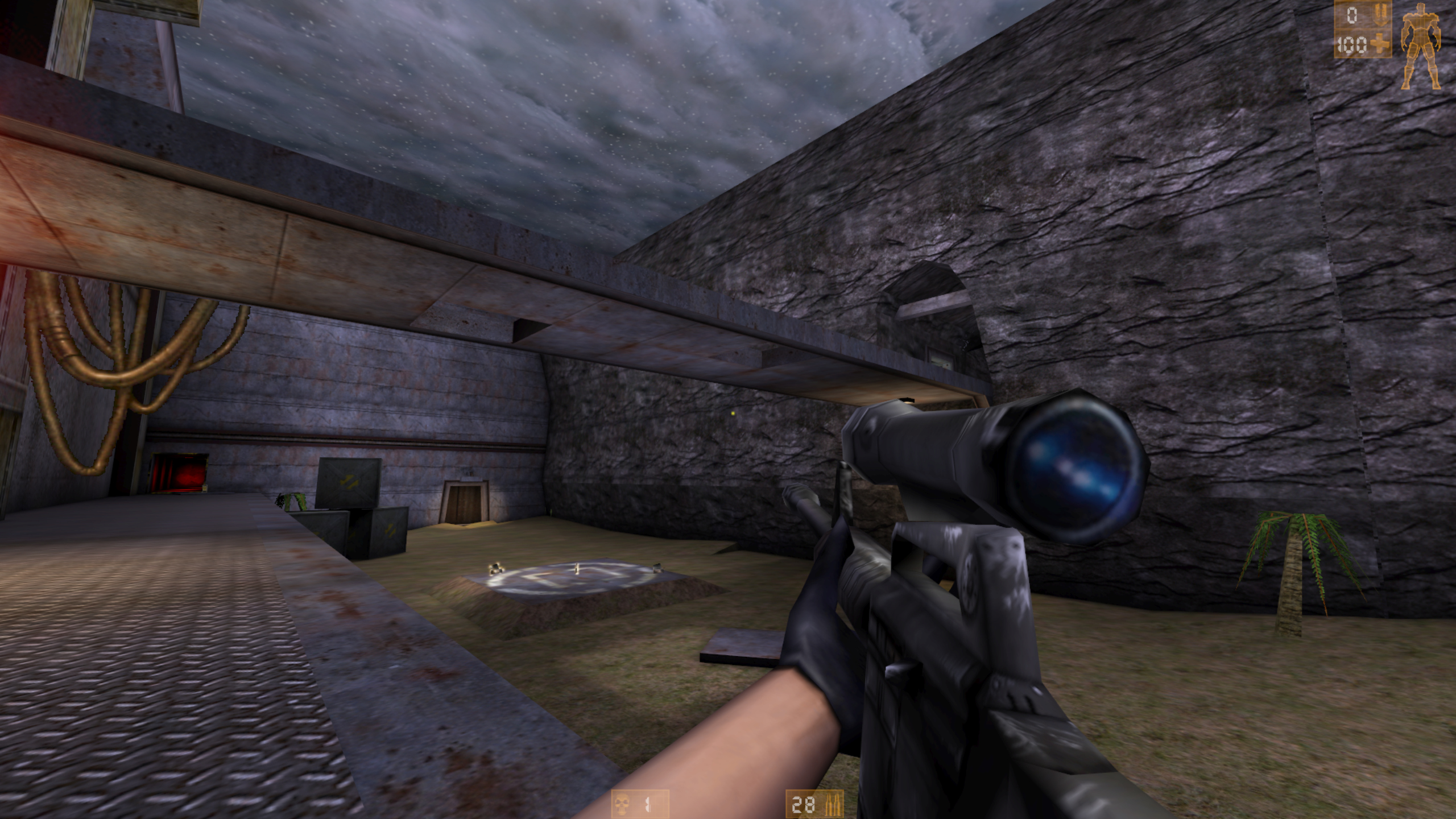 Not sure how goes with term "best maps" and what exactly is about. That DOM map has a single ControlPoint - you lost me at term "Best Maps by Community". This is a GAME-GOAL which usually should have multiple targets, this is what Domination means instead of fighting in a single room

Did it pay for ControPoints ?
Top

sektor2111 wrote: ↑
Tue Jul 28, 2020 6:23 am
Not sure how goes with term "best maps" and what exactly is about. That DOM map has a single ControlPoint - you lost me at term "Best Maps by Community". This is a GAME-GOAL which usually should have multiple targets, this is what Domination means instead of fighting in a single room

Did it pay for ControPoints ?

The gametype Domination is, indeed, a battle for the control of ControlPoints - however there is no intrinsic reason why there should be multiple points - true, that is the norm but it doesn't have to always be like that.

The use of a single ControlPoint in this map was deliberate, designed to achieve a particular form of game play (whether or not it works is another matter of course and it can be argued that it doesn't really with the map being better played as a DM map). As with a number of other maps, I have the impression that the faithful reproduction of 'real world' built forms was as important as gameplay considerations - here's what the readme says about the map
Spoiler
Show
Information
-----------
This map is just of a house that I saw and wanted to make into a map. I've found
that in quite a few house-based maps, furniture tends to get in the way of game
flow. Sure, it looks nice, but you still want to have fun playing the map, right?
So, I decided I didn't want to put any furniture in this map, and in the spirit
of keeping it real, the idea is that the family who owns this house is just
moving in.

Bots tend not to go upstairs in the house. This isn't really a big deal since all
that is up there is a Health Pack.

Wondering why there's only one Domination checkpoint? That's because this map
is TINY. One is all that was necessary, and encourages bloodthirsty battles for
it!

I've always considered the term community as the UT99 community as a whole. Wouldn't be right to not include all those really great maps by mappers just because they don't happen to be on this forum.

Since Alexxxander isn't really active anymore however, it might be a good idea to reset this thread and then make a clear and new list. Should that be the case, I'm happy to sift through my folder and point out a few highlights.

Regarding that last map post. A small map by itself is not an issue. One CP in the middle of the map leads to a very specific gameplay, usually a fragfest. That by itself can be tolerable if the community thinks it's still a great map. From a technical standpoint I have to point out that bots should still be able to use the upper areas however cramped they may be. Urban maps usually have a different scale that doesn't typically blend well with the frantic action of UT. Not saying it will never work, but it doesn't most of the time. Haven't played the map so I have to rely on the voice of people who did.
2nd Map is done by Mr. Prophet who is / was a very solid mapper. Haven't played this one either but I'm inclined to check it out and see if it is indeed "one of the best of the community".
Reminiscence - My map collection
My Moddb profile
Top

To not forget that now days with editing options, some "best maps" can be better than best level - more optimized, more clean

.
As for the next one, let me see... 4258 reachSpecs and PathNodes near inventories causing a pointless processing ? That was about "modern technology" required ? Lifts not connected with their combos which in fact are buttons/doors rather than lifts ?
Last edited by sektor2111 on Tue Jul 28, 2020 7:16 pm, edited 1 time in total.
Top

That is, of course, if you mess with the original author's work. But that should only be for personal collection and fixing and not for redistribution UNLESS the author has personally given the okay.
For the purposes of this thread I feel like sticking to the original works is the most respectful way to deal with the author's work and is easier than to keep track of countless "fix" versions.
Reminiscence - My map collection
My Moddb profile
Top
83 posts