Has anybody posted this one yet?
http://www.rosebum.com
They're weirdos but interesting.
http://unreal-games.livejournal.com/

I use the helicopter, but not the cars or the UFO.
Forgot about that one.

Yeah, I know that site very well actually, has been in my personal black list of UT sites for 3 years. Still visit it for curiosity in each 6 months or so.

But truth is, at least back then, their members were very immature, obnoxious and they had really strange close minded rules of their own (only some members were nice in any given situation, the others would just try to attack you at the first opportunity with absolutely no control).
For that reason, I swore to never post a single damn thing there again, and asked the nice members there to never post the slightest trace of my work there again, to which they agreed.
They had their own closed world for themselves, not sure about it now 3 years later though (I do know the "management" changed a bit and users were banned), but at least back then they pretty much wanted their UT world closed from outsiders, but that may have changed by now though (hopefully)... idk...

I guess archive.org can't recover everything. Took a stab at one of my favorite ut99 sites from back when:
http://wayback.archive.org/web/*/http:/ ... /zencoder/*

Since this thread started I've been skimming my original list · http://pics.livejournal.com/evilgrins/pic/00dbftyx

There's more under Usaar33 but screen's only so big. Anyway, most of those links are completely dead. Doubt archive.org could do much for them.

This used to be a great site:
http://www.acordero.org/tag/unreal-tournament/
Tag list in lower right corner.

I used to get most of my skins & models from here · http://www.polycount.com/renderinginprogress.html
http://unreal-games.livejournal.com/

Went skimming through the links sections of PlantUnreal, BeyondUnreal, and GameSites200.com/unreal and got the following. They're not all ut99 specific but here you go anyway:

Nice finds. I couldn't get them all because some are hosted, some are PHPNuke which hide the downloads, and some are filefront. I did get a hell of a selection added though this morning.

Damn, I suppose I need to start pulling this all together and working out some sort of release.
So long, and thanks for all the fish
Top

You should think about a torrent for all this treasures... how much GB do you have collected right now?
-=: http://jokercologne.deviantart.com/ :=-

Skimmed the downloads section of my little livejournal UT community. Don't think I've shared this one yet here:

In case you would like to stream that Unreal music collection, here is the quick playlist I just made.

It routes the files via Coral CDN so it will not hammer their bandwidth.

I'm pulling a site rip now of ecoop and I peeked at the publicly viewable stuff. This is exactly the sort of reason I have always done this. I hope you don't mind this but look at this little gem: 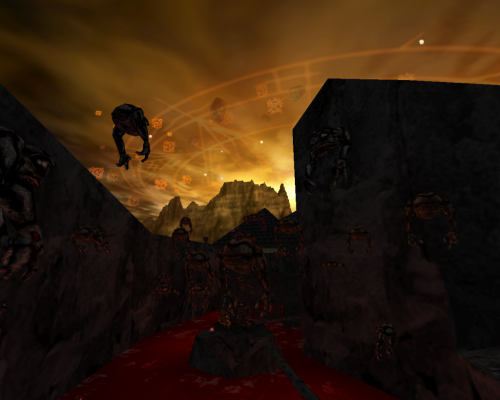 Now I have no idea what this is, but it's FANTASTIC and I want it! It's things like this that are EVERYWHERE in the sites and people have no idea that they exist. Even the developers have forgotten they created this stuff.

Thanks for the nudge on your homesite. It's a great addition

(BTW who are all the black and white headshots of? Are those real people from the forums? I see a lot of Russian-ish names like Anatoliy and Dmitriy)
So long, and thanks for all the fish
Top

EXU 2: Batshit Insane by Waffnuffly or the mappack by UBerserker.
About to be non-active
My very last UT map project: CTF-FacePalm (tropical CTF-Face remake)
Why do I leave? click here
What I want to do next: Joining an UDK team (uncertain however) and improve 3D modelling and texture editing skills
Thanks to those who visibly supported me until/at the end!
My reactivated account on indiedb.com.
Top
Post Reply
478 posts