I noticed this in UT long before MonsterHunt was ever released, back in the day I still didn't have any monster mutators and had to enter them into a game by 'summon'.

In CTF the Blue Team can see monsters just fine. They will dodge them and fight them and kill them.

The Red Team are completely oblivious to the monsters. Even if they get shot or hit by them, other than losing the health they don't react.

Monsters like the UTMDT, Talking Titan, the Reds can see... but then he's really just a big bot.

I've been playing around with TeamMonsters.u 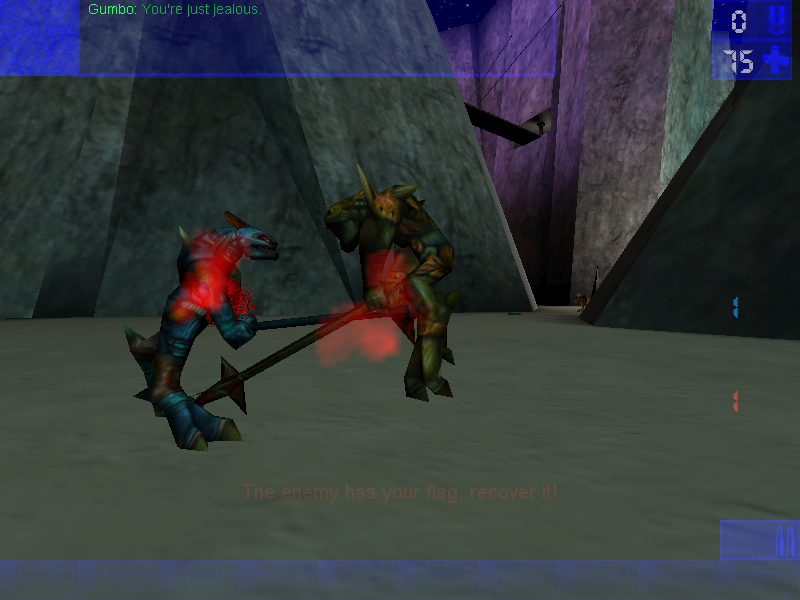 Only tried Krall so far, after giving them better colored skins like here.

Re: Red Team is blind!

As far as I am concerned they see them just fine in some gametypes, I always ran the teammonsters with Assault, and even in team deathmatch my team fights them properly. (Normal mosters don't attack neiher red nor blue for me, unless they are teammonsters)

Re: Red Team is blind!

Some, yes. MH, obviously.... but not CTF.
http://unreal-games.livejournal.com/