Well, it's pretty good. Might be an old map but the design is relatively simple and faintly reminds me of DOM-Condemned. Tight DM map for intense action. Would recommend. 8/10 due to decent yet simple design and blitz-ish deathmatching with 11 bots.

A large map by the renowned Fragnbrag, it fuses several maps from the original set: DOM-Condemned, DM-Stalwart(s), CTF-High, that sewer level for DM... you name it. Heck, the thing even has Bleszinski Boulevard! Not that awesome but it's a nice nod to ONS-Urban from 2k4 (that's the only place I know where there's a Bleszinski Blvd).

However, I would not recommend NW3 here. FPS is already kind of a struggle when it comes to EXU2:BS weaponry. Go ahead and try it, if you want to, enjoy FPS hell

Cons:
-Very large map, which means even if you have 16 bots with you you'll still have issues with tracking them down
-Major lag with NW3, maybe even other mods which are high-up in the memory store.
-Layout may turn out to be just a bit confusing.

General rating: 7,5/10. Gameplay is a bit sparse when you TDM, but if you go LMS or DM it shouldn't be prob. Would recommend. 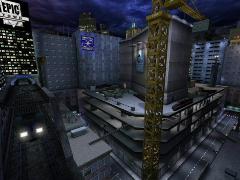 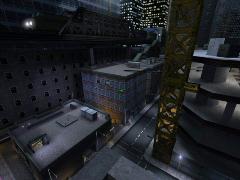 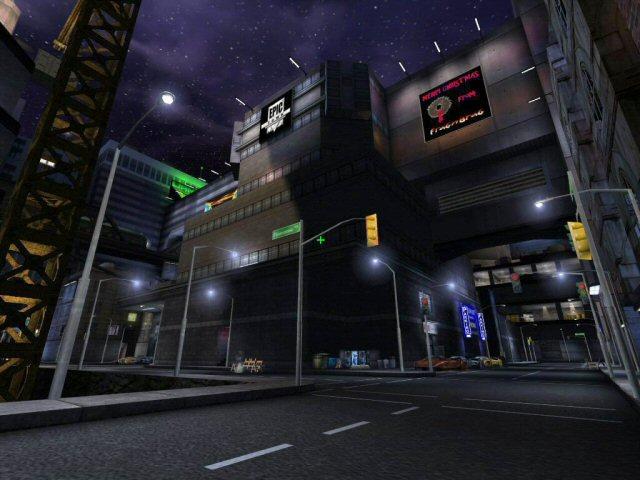 These give you a relative view of what the place looks like. It's WAY larger in-game.

This is Eevee, a ferocious creature that never relents in tracking its meal. It will lead you to ruin, and when it does, it will finish you.
The way it bobs its head lefty-righty? It's just cracking it's neck so it can get a better grip on you with its jaws.
Top

Let me have a go

DM-NWQuickManStage2010_fix
I'm not sure if there are any other versions, but I'm concentrating on this one.

This map is a rather small one (4-8 players I guess) and there's quite a few falling hazards, so the "Who Pushed Me?" mutator is almost a requirement here (the Bounce Mod is also recommended). At 1st glance you'll find the map a bit simple in graphics due to their being no skybox but other than that, it plays rather well.
The best part of this map is trap of sorts... Below the playing field are some dissapearing/reappearing blocks (Megaman game reference) where once you reach the end, you may not only get a shield belt, but also activate the trap (if it's available that is). I won't spoil the trap but here's a hint:
Spoiler
Show
It's the main reason why this map has QuickManStage in it's name

... So yeah, it ain't just for the music. Also once you activate the trap (it's quite a devestating one, almost game breaking even, but it's extremely hard to reach even with a translocator. So it's almost balanced out by the number of attempts you may need to reach it lol) you'll figure out why there are flashlights scattered around the map.
All and all, though it's ment for online play, the bots play it decently as well, making some outstading matches. Recommended!

Cons:
- A bit too simple design
- The trap sometimes doesn't wanna activate for whatever reason

So... I run around checking for maps like a madman and then post links for the lazy bums...
*Taps his foot*
Ok, since you're a moderator -- I meant god, plus you added "would be appreciated", that's the way to ask, not "GIMME LINKIES PLZ".
Plus I'll rummage around for SSs. Should be a few of CTF-Times, but I'll have to get back home for that (@school right now).

This is Eevee, a ferocious creature that never relents in tracking its meal. It will lead you to ruin, and when it does, it will finish you.
The way it bobs its head lefty-righty? It's just cracking it's neck so it can get a better grip on you with its jaws.
Top

Oh ...I supposed you had these maps already on your computer or you had a source for it (mapraider for example).
But still, it would be nice if you had a link to your findings.

Gah, finally. The connection issues seem to have dissipated for the time being.

Hunh? Yo, Pileyrei, just so you know if I (or anyone else for that matter) DL a specific map, I can just hand out the filename. So what if it's two or three clicks extra, hm? Why does everybody have the lazybones disease

Speaking of screenshots, I lost my UT folder, along with everything else I had on my comp, due to my harddrive dying. Don't give me that look, I freaked when I found out and I am NOT happy. Tons of screens, lots of saves for different games, yadda yadda yadda, in general stuff that I really needed but is now gone for good. Flak the virtual part of my life.

Well, I don't have much of an idea what to post, so lemme sift around the old memory box (been playing the Warcraft series, it really caught my attention, specially the story).

I've already recommended it @OldUnreal, but I'll showcase it a bit here.

This is, yet again, another Facing Worlds re-imagined. The heads of two dragons stare eachother down. The main bridge is formed to be bumpy, apparently allowing for one to take cover from incoming sniper fire, or even attempt a suprise attack. Two powerups (I believe they were Invisibility and the HealthKeg) are placed upon what seem to be very slim supporting... things. In any case, watch your step and your health as you attempt to obtain the powerup.

Also, the internal parts of the heads (bases) are relatively intricate for the newcomers, as usual. Not really that complicated, but IIRC I got lost the first two times.

IIRC there are side paths to follow as well, again allowing for somewhat differing attack routes.

As I last played the map months ago and my memory doesn't stretch that far (ironically it does reach up to 10 or more years ago, lol), I cannot give a proper rating for the map. Apologies. 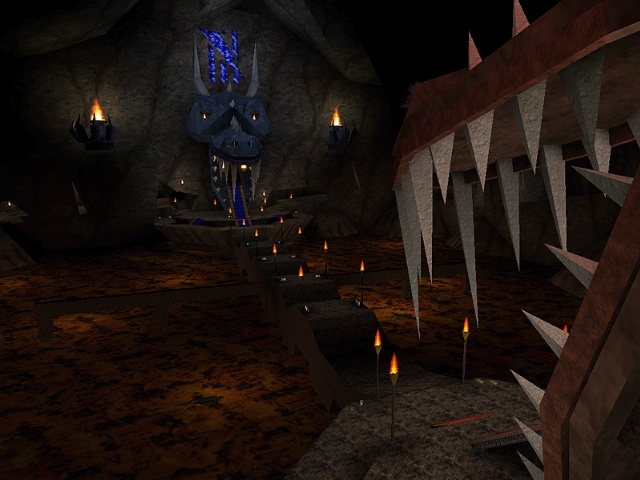 Note: I couldn't edit the above recommendations due to... well, you already know what's been going on for the past few weeks here. On it right now.

This is Eevee, a ferocious creature that never relents in tracking its meal. It will lead you to ruin, and when it does, it will finish you.
The way it bobs its head lefty-righty? It's just cracking it's neck so it can get a better grip on you with its jaws.
Top
Post Reply
15 posts • Page 1 of 1