Search and find cool Skins, or introduce your own ones!
3 posts • Page 1 of 1

For those that missed out on it, Rocky has made a workable SkaarjWarrior player model.

Soon as I got home from work, I opened it up and checked it out... and 20 minutes later, I skinned it: 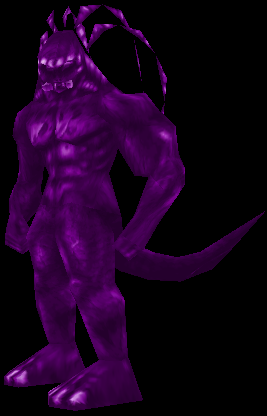 Other than a face from Unreal2...

...I basically used the skins I edited of the SkaarjGuardians on this map · http://unreal-games.livejournal.com/76389.html

A little to monochrone for my tastes, but the model is great.
Unreal Series Collection
Unreal series screenshots (2560x1440)
Top

Carbon wrote:A little to monochrone for my tastes, but the model is great.

The model is mostly great, and the coloring on this one is just cuz I had those skins handy... after doing up a quick purple for the non-team color.

Unlike the SkTrooper model, the SkWarrior was never specifically made to hold a weapon. It's a little weird watching it shoot. It's standing hold a gun pose doesn't have the weapon exactly pointing where it's aiming and it's running shooting motion isn't too different than how it fired those energy balls with its raziks. Kind of a jump, arms-spread, gun fire. It's also a little weird watching it run with a gun when not shooting, as the gun sometimes seems to be bobbing slightly different than the arm movement of running would suggest it should.

Other than that, it's great.

Only other notable difference between it and the other is the SkTrooper model starts with 130 health, while SkWarrior's at the standard 100 health.

I'll do up more skins soon, skinning this thing is remarkably easy.

Le sigh...
Problems at work means I won't be able to do much skin editing for more of this model tonight, so I'm skimming old screenshots already posted for Skaarj-textures I've used to see what I might be able to work with later... 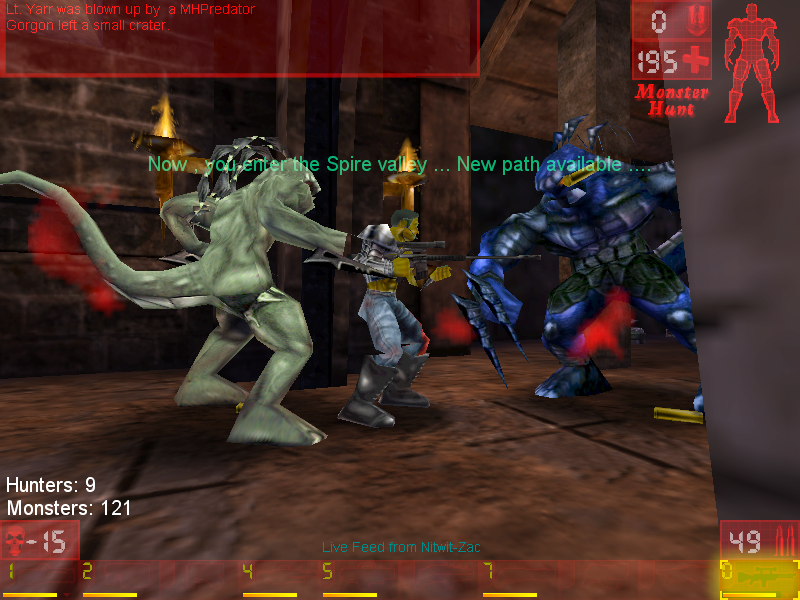