...is a basic example of what I loosely refer to as lazy skinning. 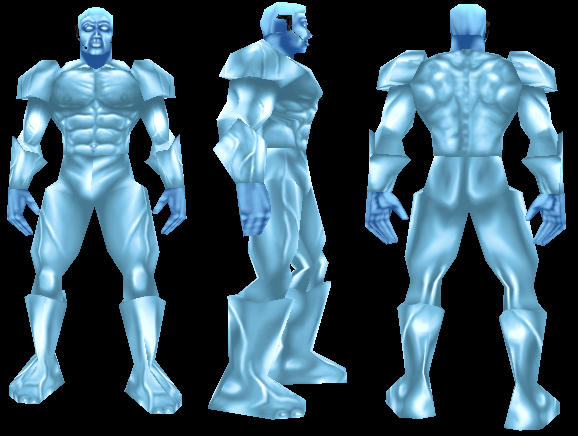 One of the superhero base skins I've used to edit into numerous other skins, created by Chris Ollis who says he's not entirely sure if he was going for Iceman or Silver Surfer; he figured whoever used it could call it whatever they liked. Like all the superhero skins he made it had no team colors, so I gave it the full spread. 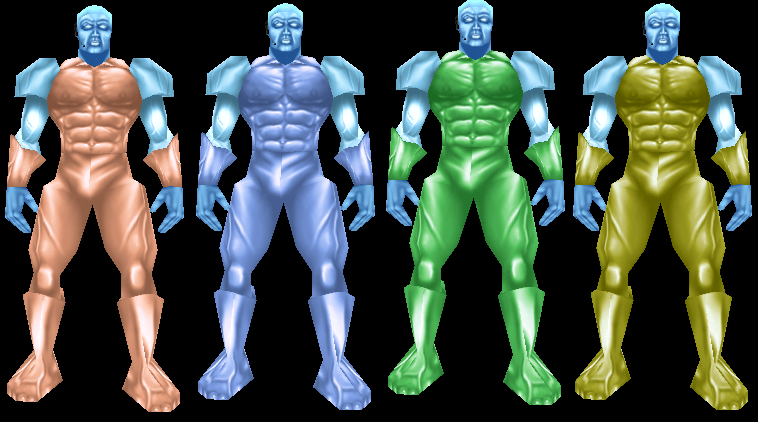 Very basic skinning, much like the Mush Man skin, only the areas that allow for team colors on the Male Soldier model were altered with tint edits.

It kinda looks like the Micronauts toys I played with when I was a kid; I am very old.

Realistically, this skin has been done for years... I recently fixed something on it that was an issue with the face and talk texture, but otherwise I could've set this up for downloads ages ago.