You, sir, deserve a medal. Mankind has dreamt of this since 1998, and you made it 17 years later. You did a perfect upside down Tentacle and I'm glad you implemented my feedback. Thank you, I intend to use it in my SP project!

editor Dave wrote:You, sir, deserve a medal. Mankind has dreamt of this since 1998, and you made it 17 years later. You did a perfect upside down Tentacle and I'm glad you implemented my feedback. Thank you, I intend to use it in my SP project!

Sorry I made you wait so long. I am slow. And like to sleep a lot.

Thanks for the kind words and the feedback.

Have you tried placing these in maps yet? At angles or on walls?
And if so, do they stick where you place them and work properly?

I am sort of slow in the head, and don't know nothing about no maps

, so these
have only been tested via summoning them, or using various mutators to add them.
All of which just sorta drop the pawns into the map.

Are the 3 current randomly occurring death animations ok? Should I get rid of that extra blood spurt effect?

Does it sound like I am fishing for more feedback ?

Am I using the Smilies correctly?

Remember, this is still a beta. Probably the final beta. Release version will be a bit smaller. Still have a few optimizations
I might try. (Beta source code still includes a bunch of commented out log lines, and code fragments from the last round of testing...)
Also want to look at either tweaking the damage done by the sting so that it works properly based upon the targets distance from the
tentacle, or just have it inflict exactly the level of damage that you set for default value WhipDamage.
(This and MeleeRange are both variables that really should be scaled when adjusting drawscale...)

Final version will probably also include another Tentacle pawn, that will be an exact duplicate of the default UnrealShare.Tentacle
except with the Melee Attack fixed. (And maybe a few other code tweaks you wont notice anyway...)
Or at least as close to an exact duplicate as I can make it while still fixing the close range attack.

Going to mess with that a bit, while I wait a bit to see if anybody finds issues with this beta3.

I know what I did to state MeleeAttack. I tracked thru all the other ScriptedPawn states that invoke MeleeAttack.
This method does what was needed, and causes no horror that I have detected. Let me know if you find otherwise.

Spellcheck is having an issue with the word "Smilies".

It's a miracle that you must witness yourself... and not share with anyone.

I didn't try it yet, maybe during the weekend I'll have time to do that.

Indeed, I found the blood fountain funny/ a little bit silly. Maybe reduce the duration a little and it's fine. If you place them in the ED, the normal tentacles always align to the nearest ceiling, even if they are placed upside down or to a wall. The same applies to your Tent with the exception that it aligns to the floor. But I'm happy with this... or are you now in the mood to create sideway Tentacles?

Here are two shots. Hint: The surrounding is part of my campaign. And the brightness has been risen. 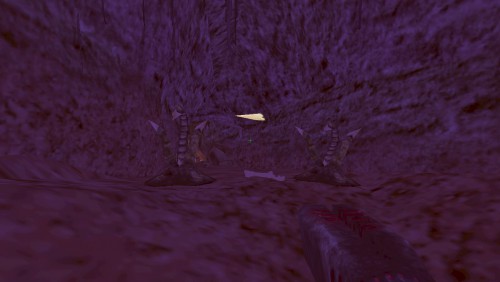 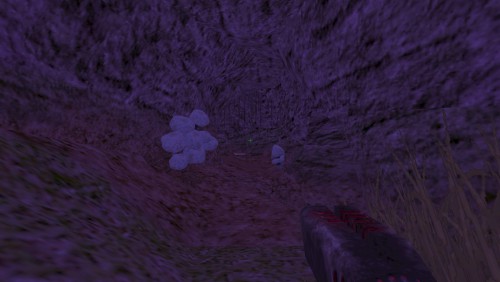 How do you make the tentacle? Just a modified mesh? That is pretty easy.
Top

FXANBSS wrote:How do you make the tentacle? Just a modified mesh? That is pretty easy.

The mesh is default. I only modified code.
blarg
Top

Regarding this post from you viewtopic.php?p=77927#p77927
You need skins for the tentacles?
What exactly do you need?
-=: http://jokercologne.deviantart.com/ :=-

It would need to be converted to .pcx to use.

I used it in a map edit once.
http://unreal-games.livejournal.com/

It would need to be converted to .pcx to use.

I used it in a map edit once.

MrLoathsome mentioned in this other post (see link) that he want to create lava and slime resistant tentacles which live in this environment... with fitting skins.
That's why I asked ...I've never skinned a pawn before ...this could be fun.

About textures, how do you modify pcx textures? Paint.net doesn't seem to work. duh.

Don't think the Tentacles have MultiSkin capability built in, but
that is no issue as I can do all that manually with just a new
default INI variable. (SkinColor)
Did it that way for those NewBirds I did a while back.

I use a very stale copy of PaintShopPro5 for tweaking textures/graphics files.
Should probably be able to come up with a few based upon the default, but I
doubt they will look as good as that one Al did.

The next demo version might be able to spawn at 90* and stay there, but not
sure yet. Have to make a few tweaks and then get somebody who know
how to place them in maps to do a few tests.
blarg
Top

MrLoathsome wrote:Don't think the Tentacles have MultiSkin capability built in

Most of the Unreal1 monsters have a single texture to them, with the exception of the gasbag which has 2.

I convert .pcx to .png (true color) and then after I'm done editing them I convert .png back to .pcx (256 color). Works for skins, works for monsters.

I work on Photoshop which is able to work on .pcx files, it's a simple process once you find out where everything is.

I would think a Tentacle living in lava would shoot fireballs and one living in acid would shoot acid globs like the Bio Rifle instead of just re-colored spikes. I would like to see that, with fireballs setting others on fire. I believe that can be done rather quickly.
Top
Post Reply
89 posts