If you have found new Downloads or created something by your own, please announce it here
7 posts • Page 1 of 1

Some may recognize this as the map he said he wasn't going to finish years ago so he made it public domain, encouraging others to do something with what he'd done... and one of the mappers on this forum did something amazing with it for MonsterHunt.
You do not have the required permissions to view the files attached to this post.
Last edited by EvilGrins on Wed Jul 07, 2021 1:13 am, edited 2 times in total.
http://unreal-games.livejournal.com/

Those textures are very interesting.
-=: https://joker-seqartist.tumblr.com/ :=-

Same basic structure but that's from the 2012 release that he initially authorized for anyone to edit.

This one in the post up there is from this year.

I'm keeping a lookout for when he releases a download for it.
http://unreal-games.livejournal.com/

Interesting - very demon-like. Not entirely sure about it, based on those screenshots.
Top

As usual, I tested the map with bots while I coasted around in Spectator Mode. Near as I can tell, bot pathing seems really good.

Players start in a room, completely sealed. After enough time to get armed, an intro message starts... after which the door opens and players have access to the map. 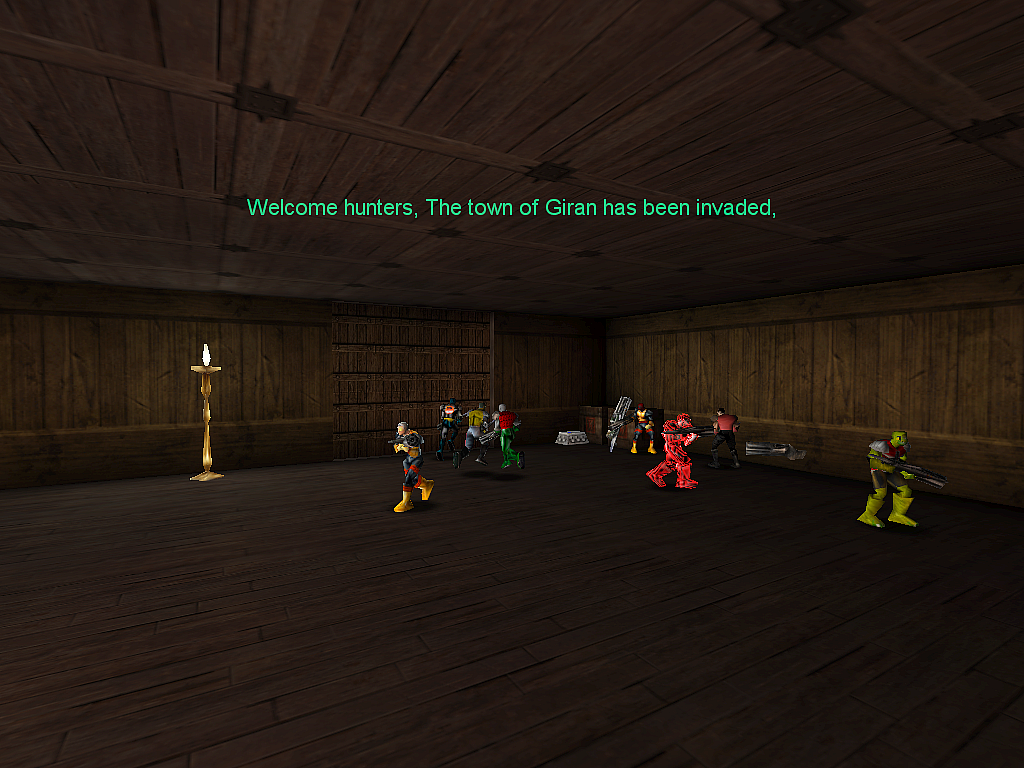 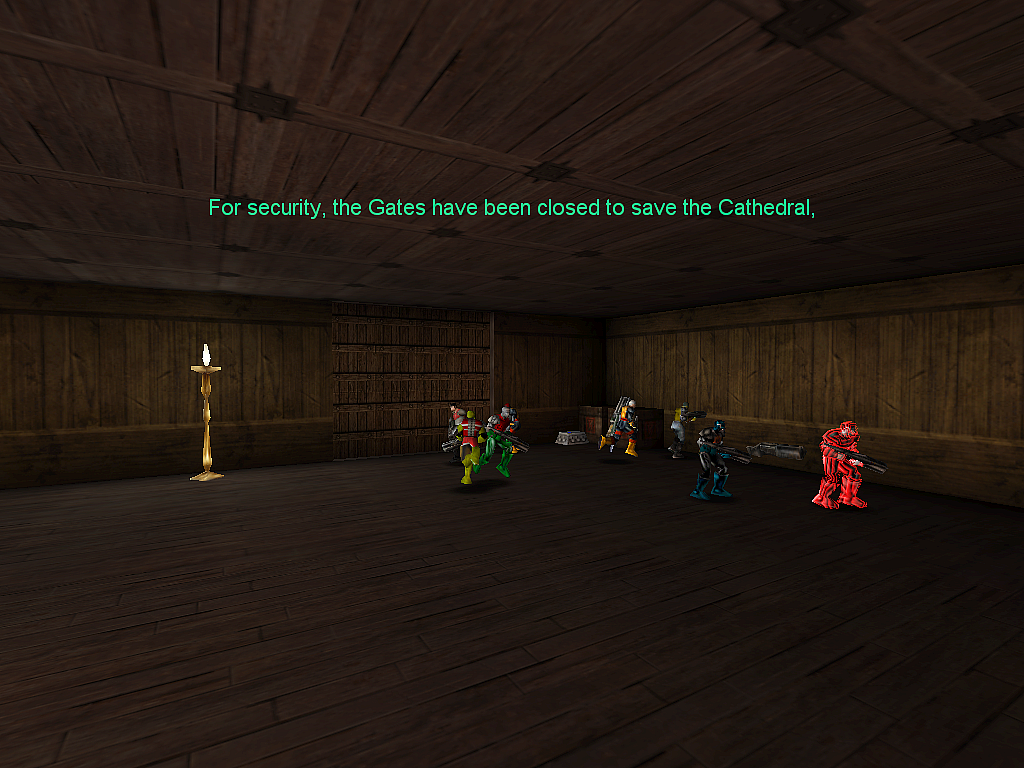 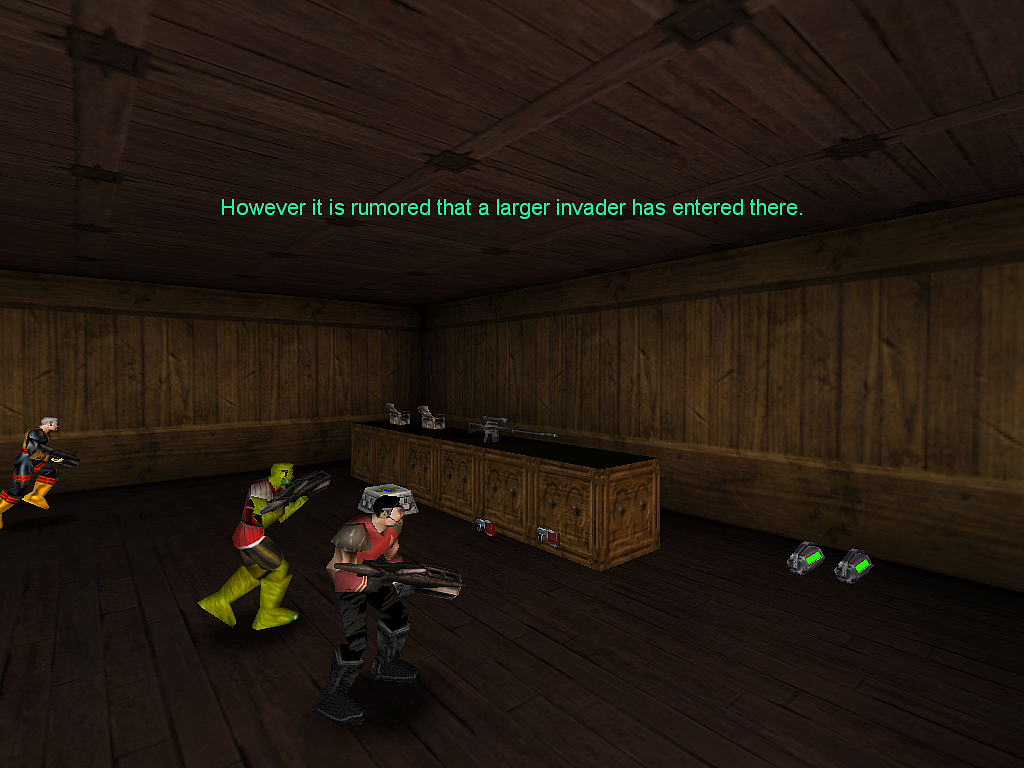 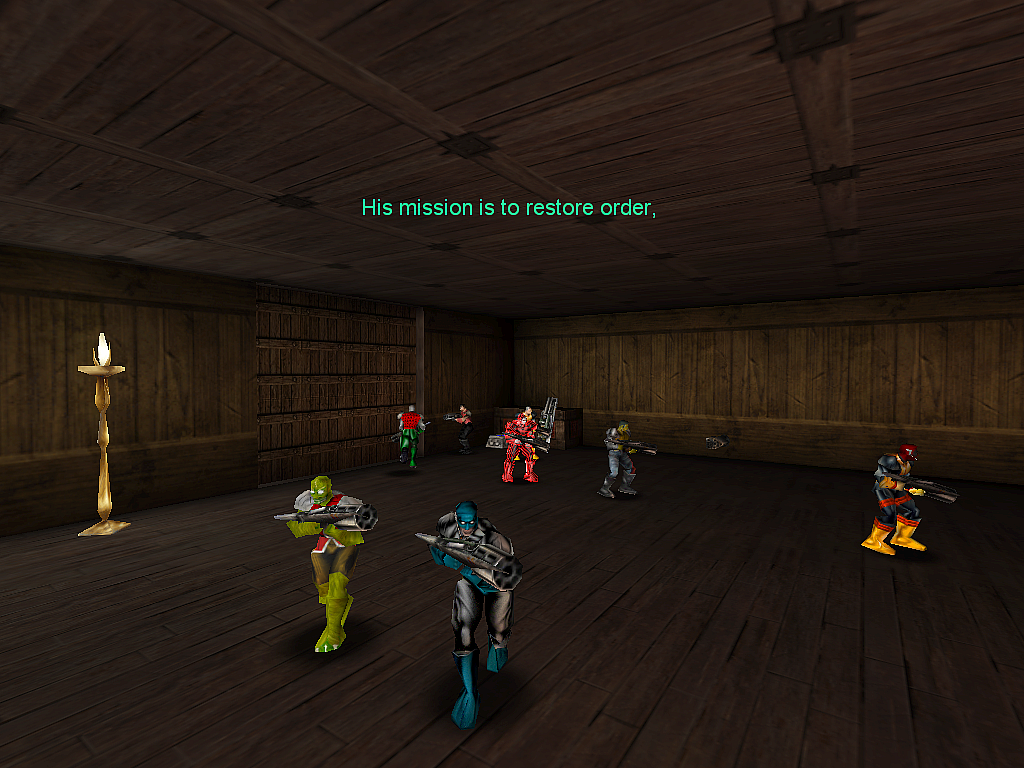 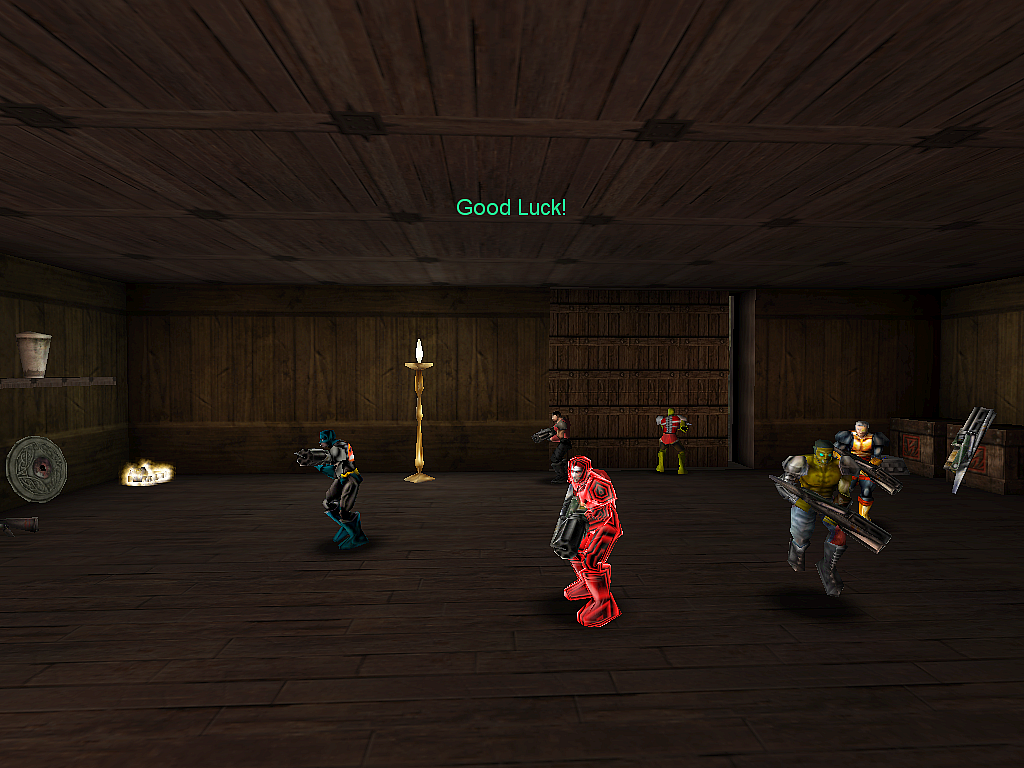 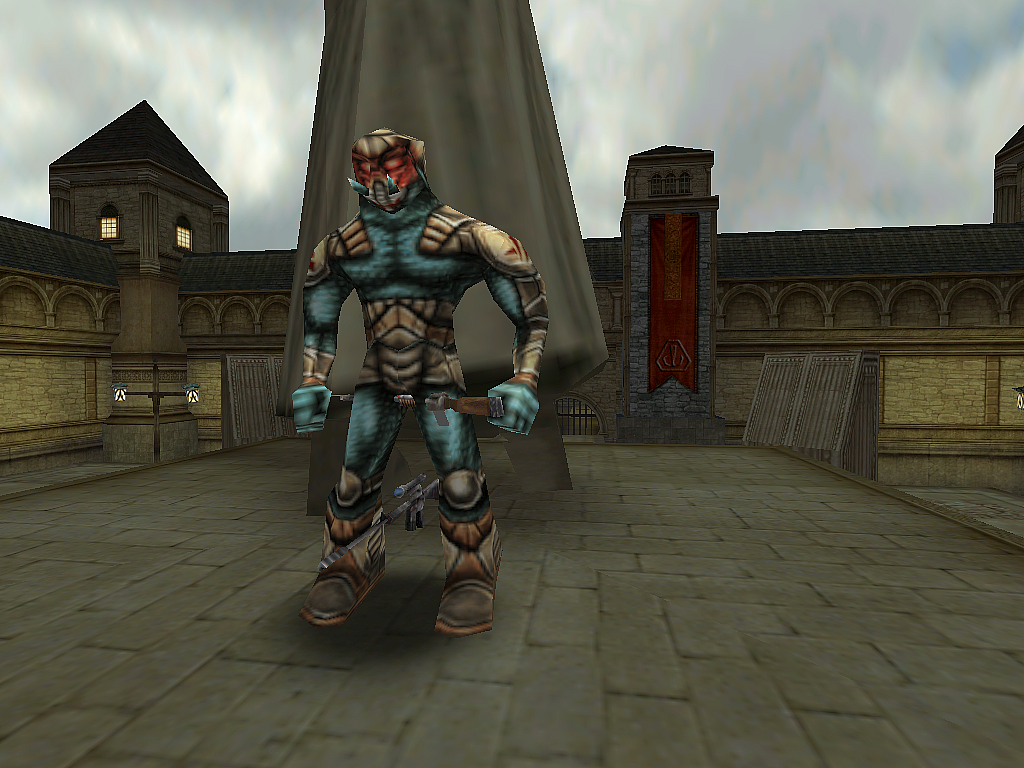 ...I dunno, a SkaarjSniper with both versions of the sniper rifle seems like overkill.

Also has a number of items and weapons I'm not familiar with. 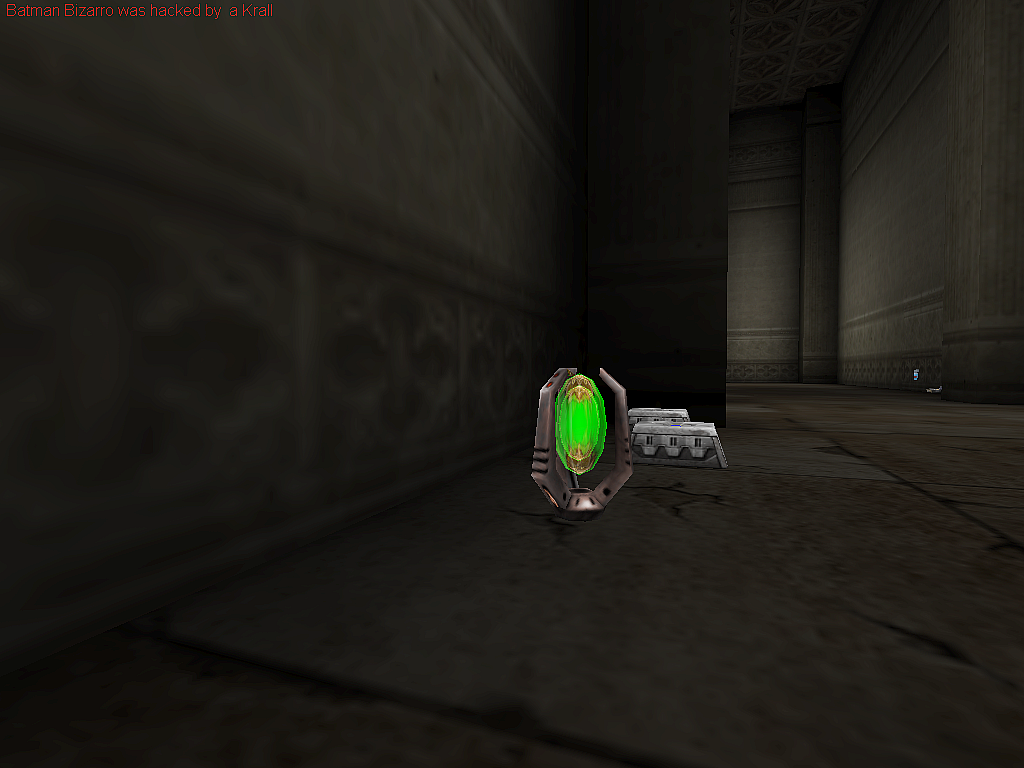 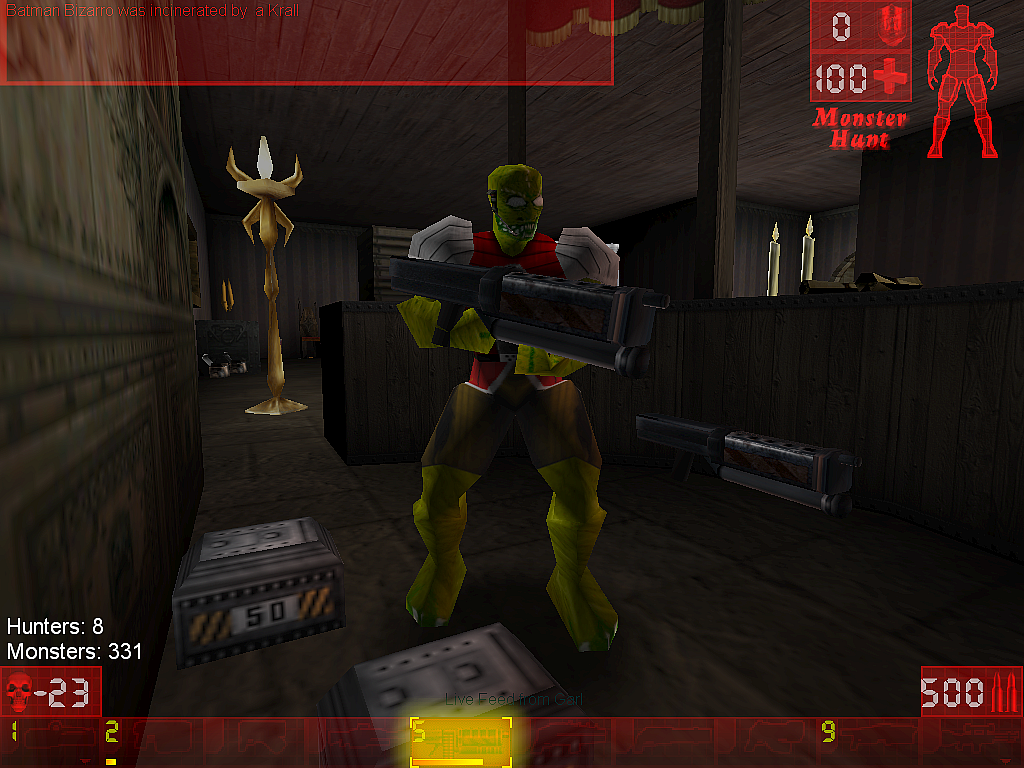 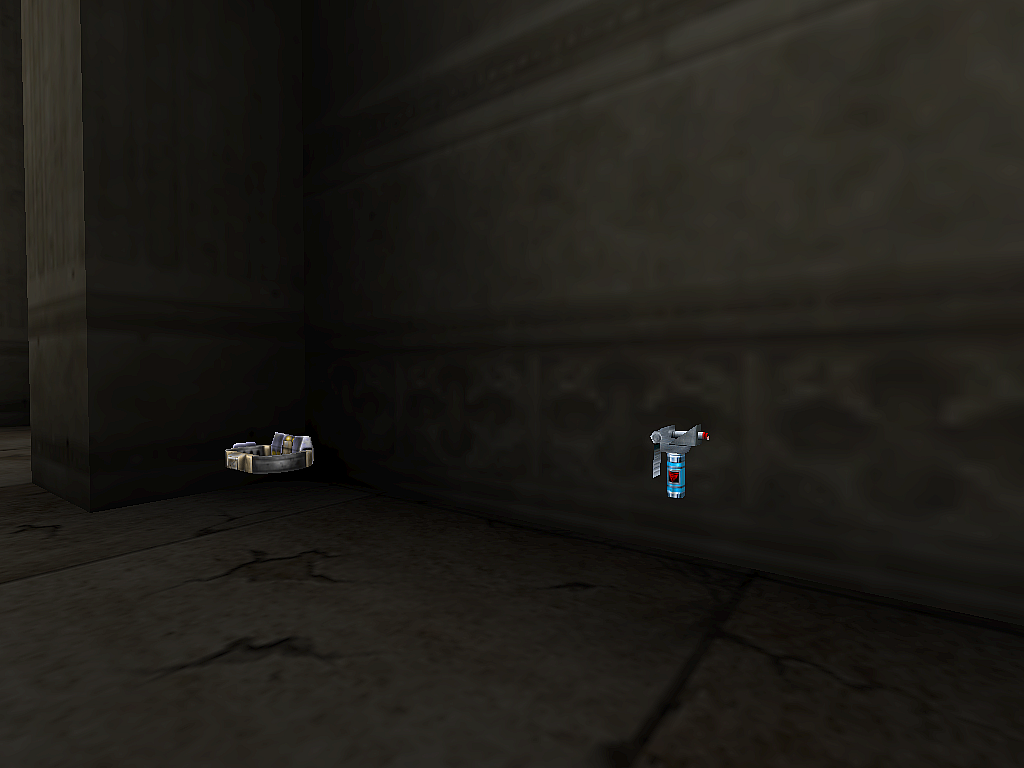 Layout of the map is nearly identical to the earlier version Red_Fist edited · viewtopic.php?f=5&t=12599 · but THUNDERBOLT updated the textures and added some levels of detail. 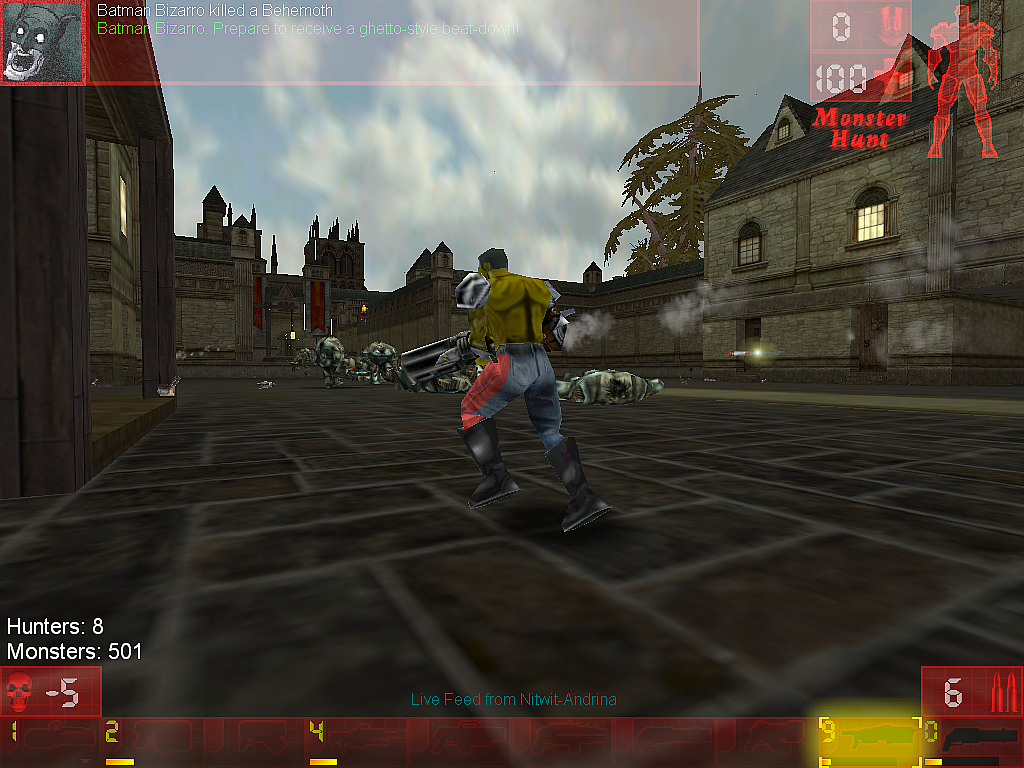 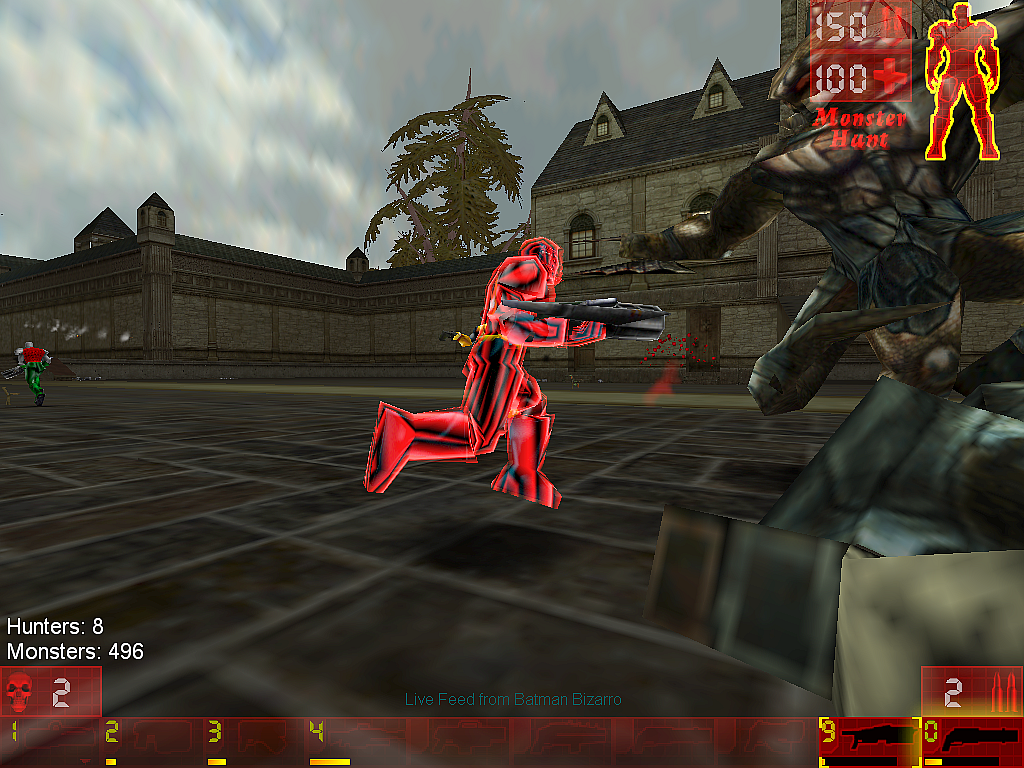 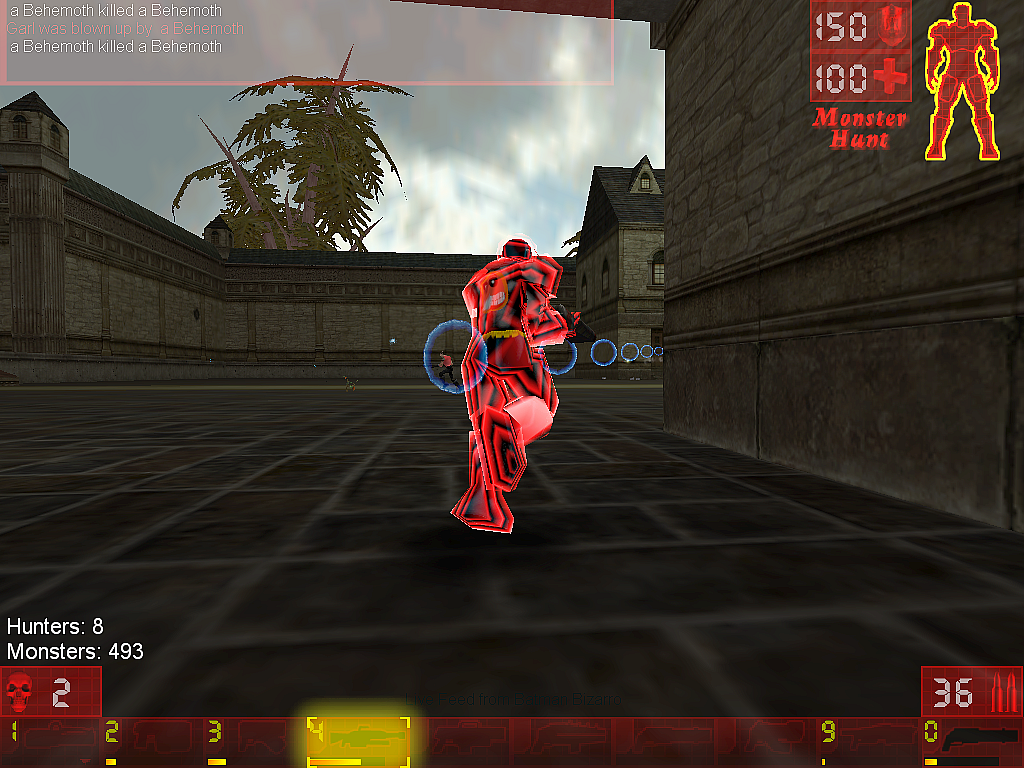 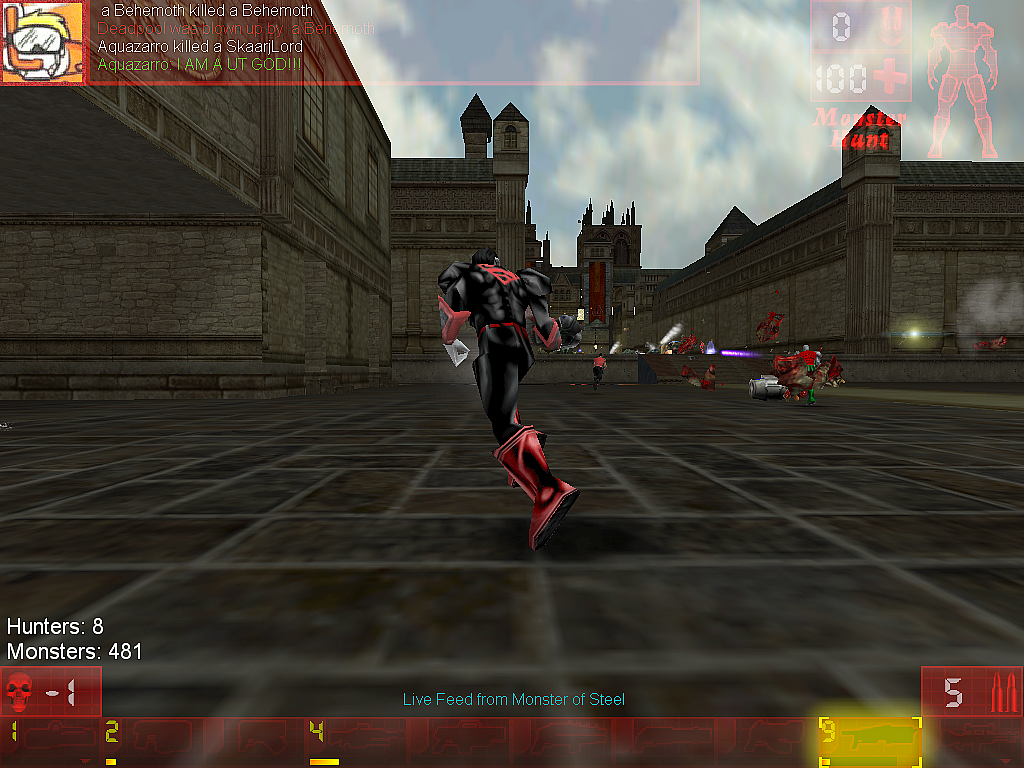 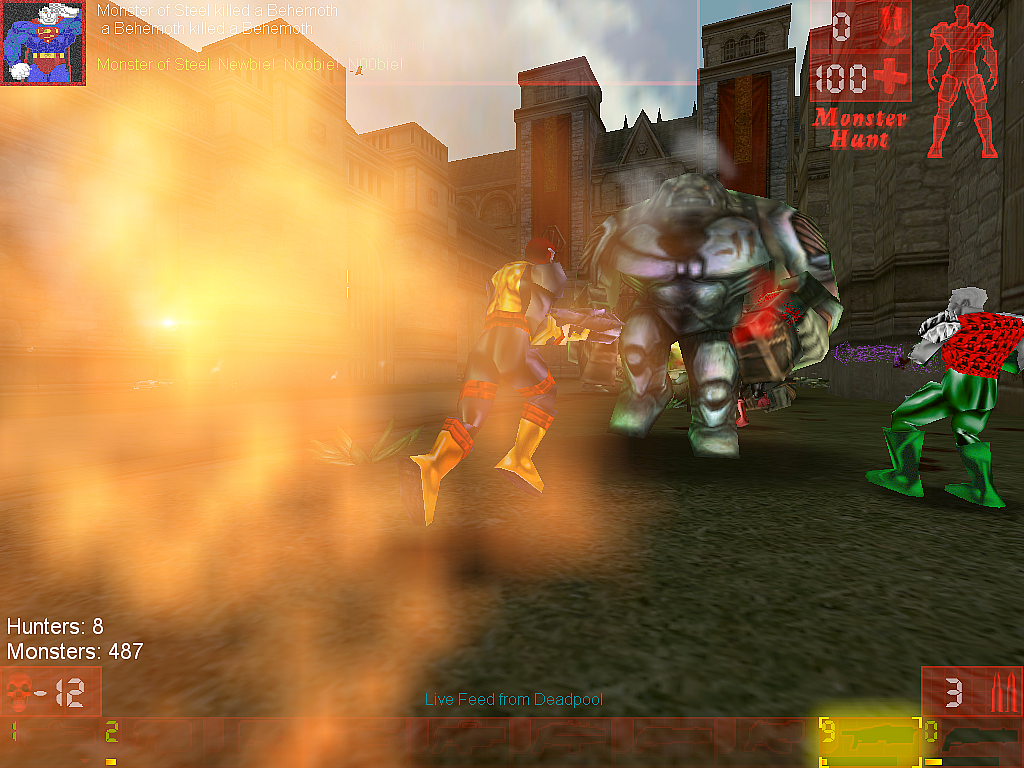 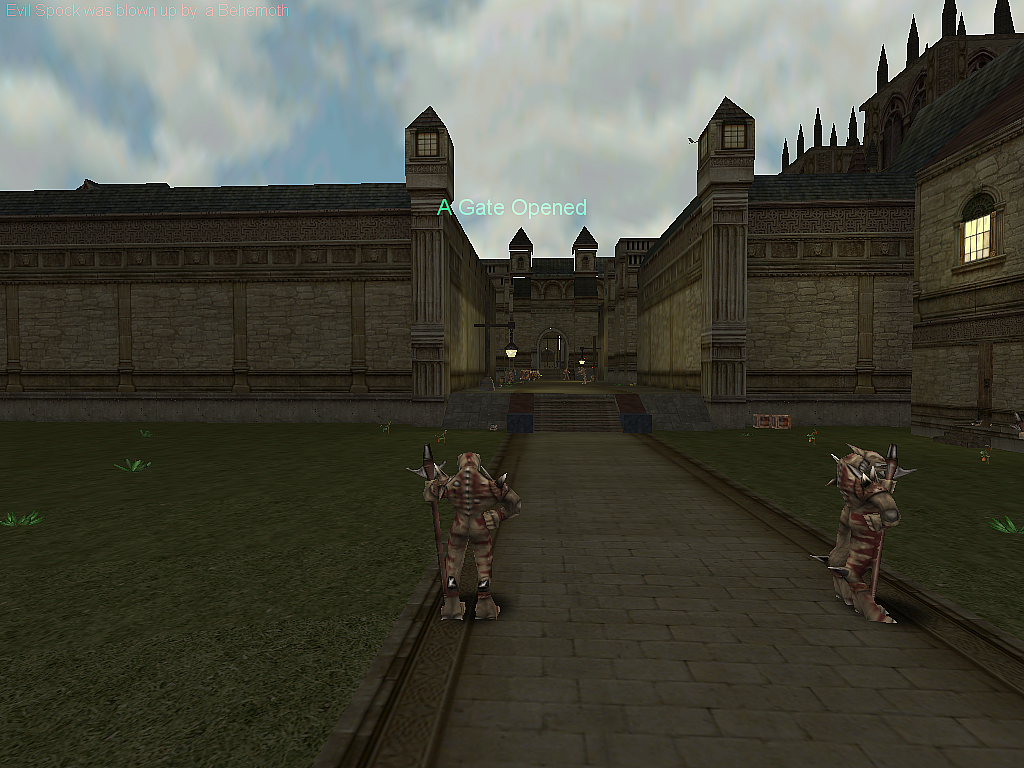 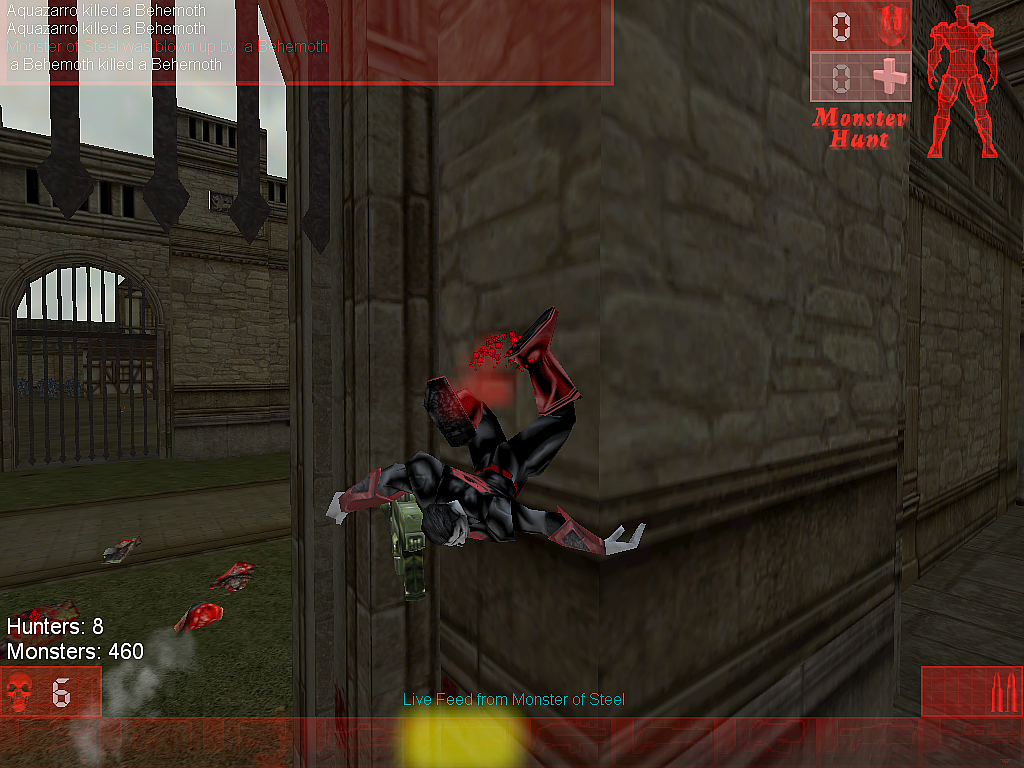 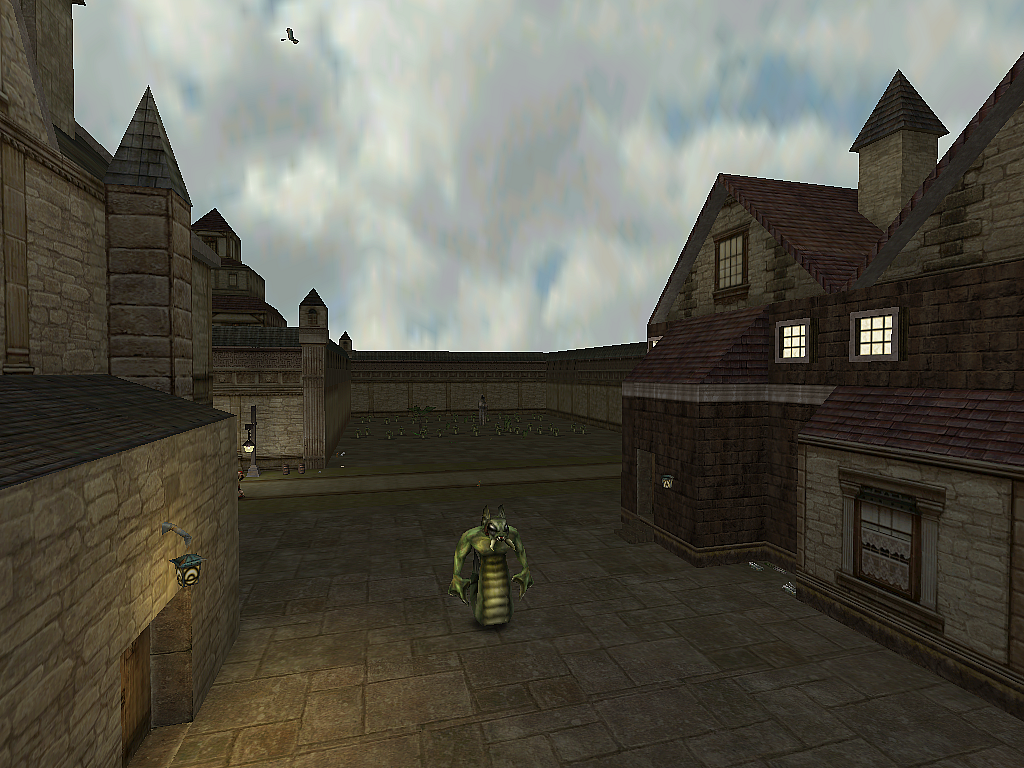 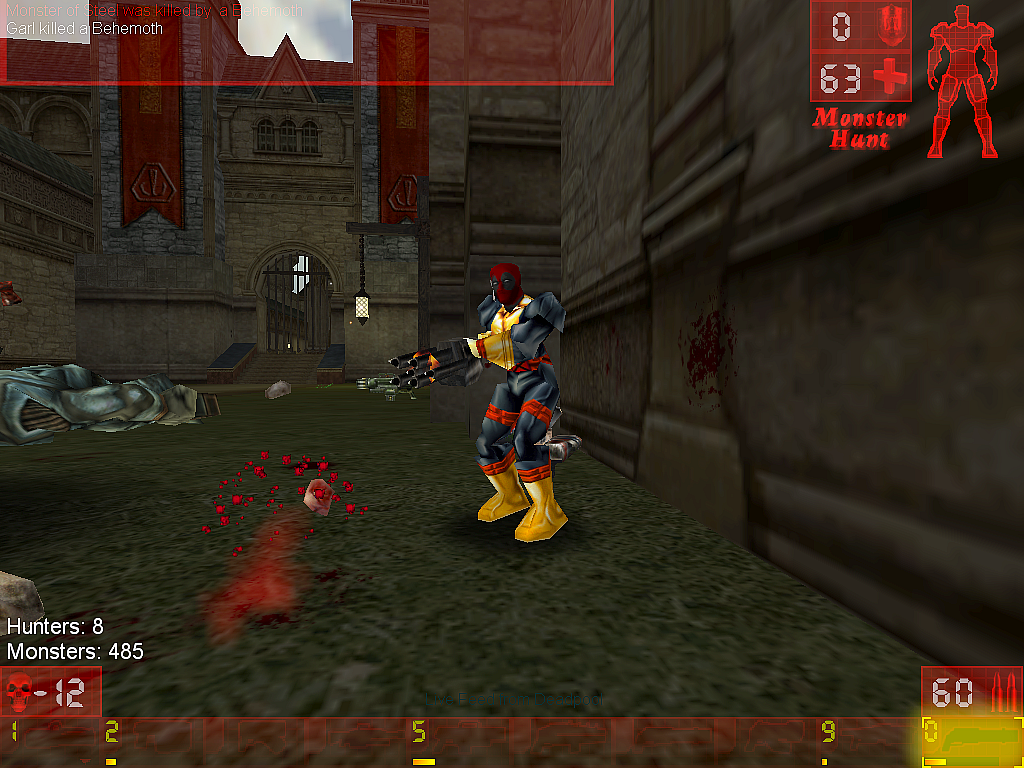 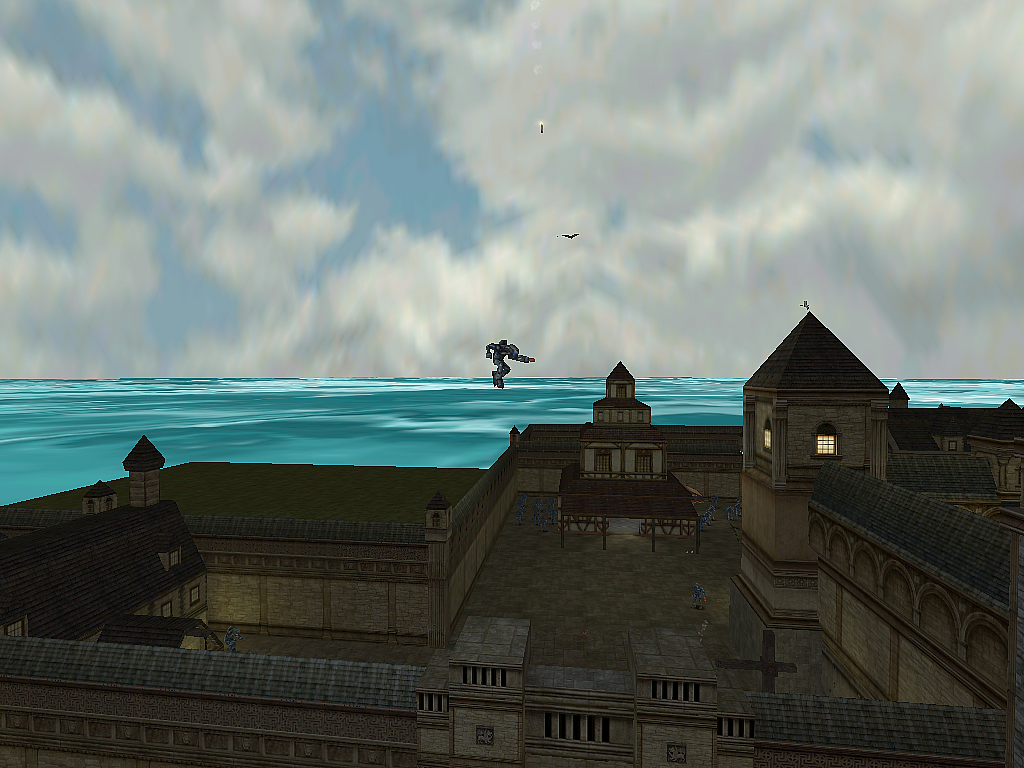 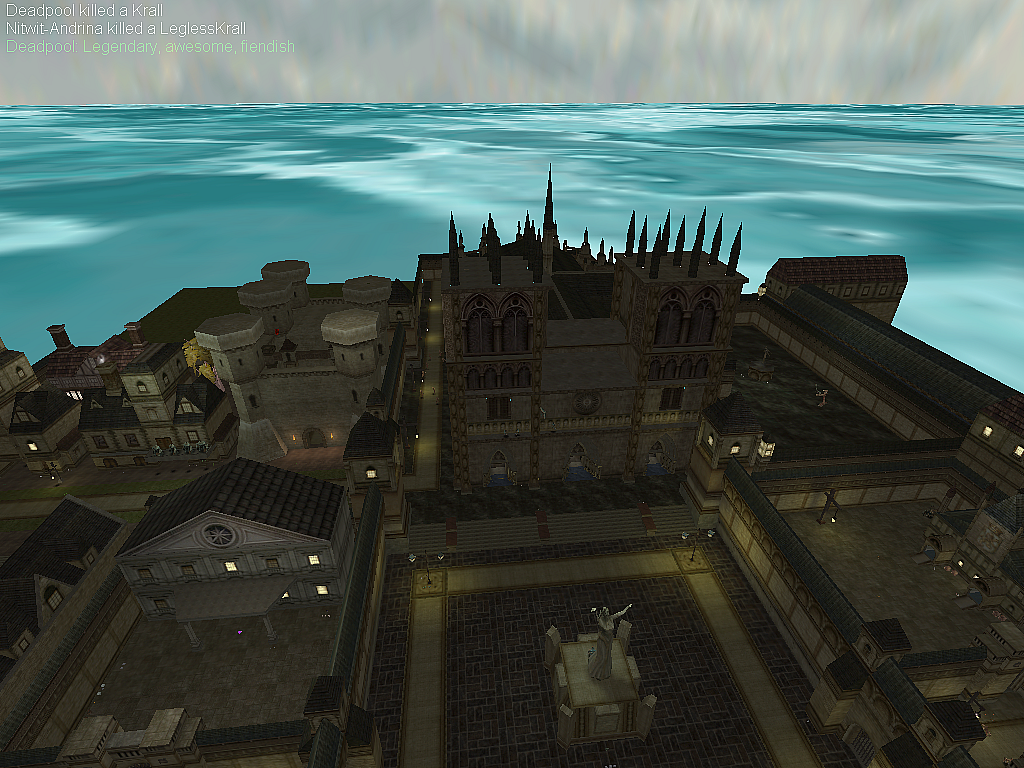 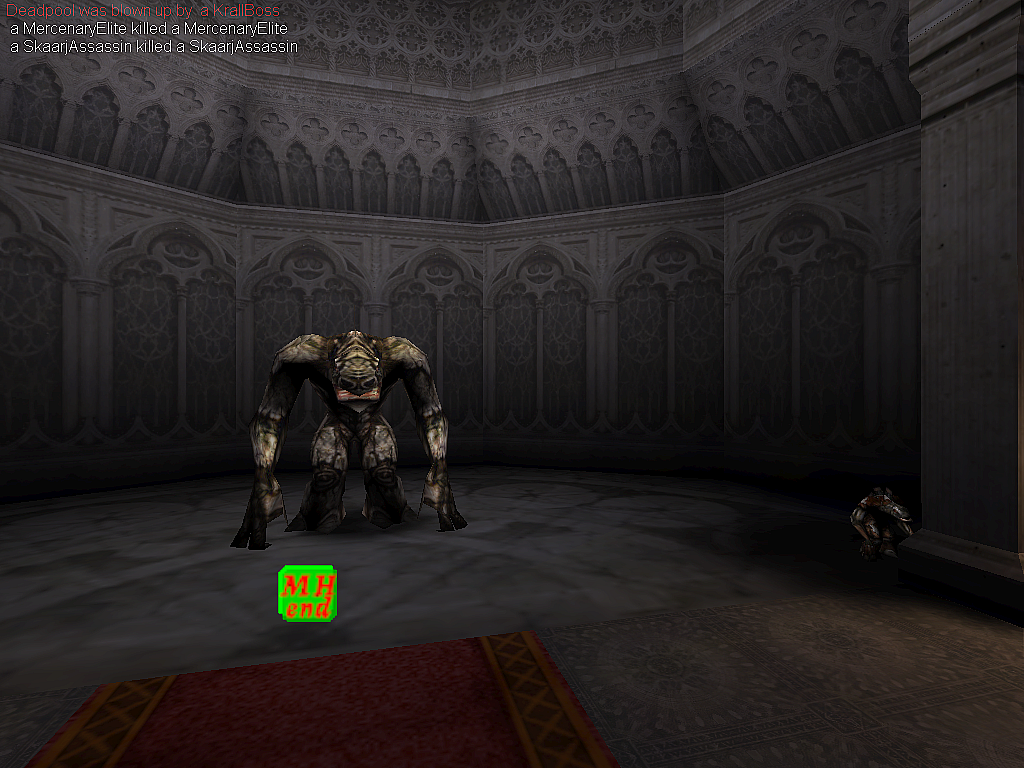 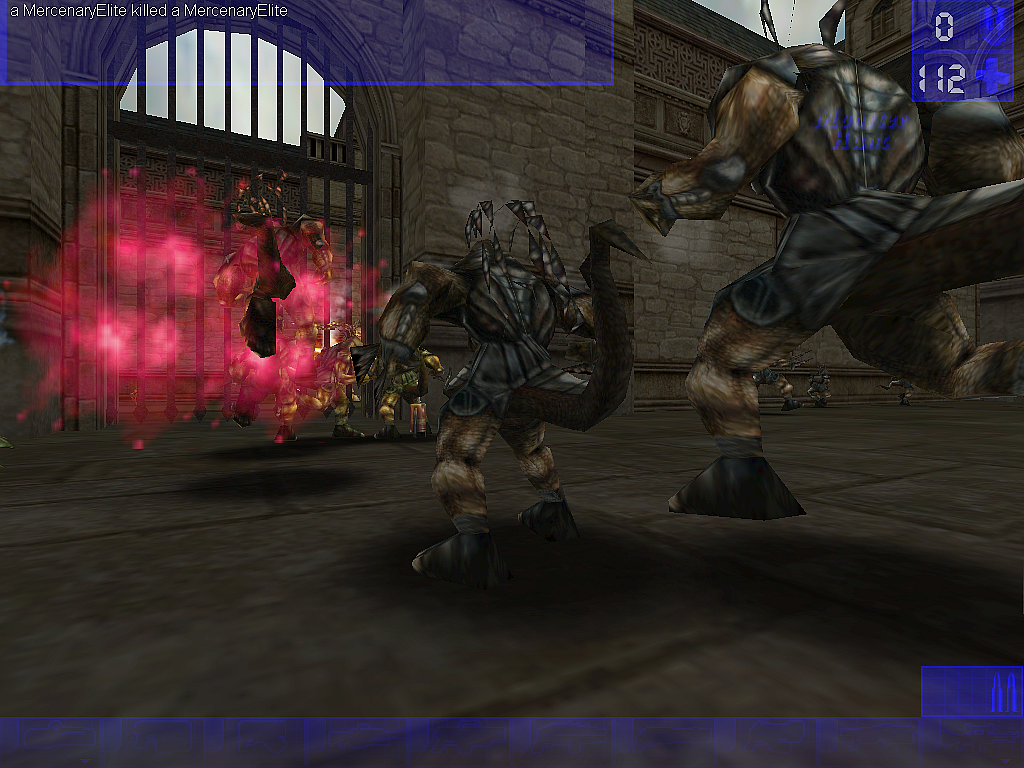 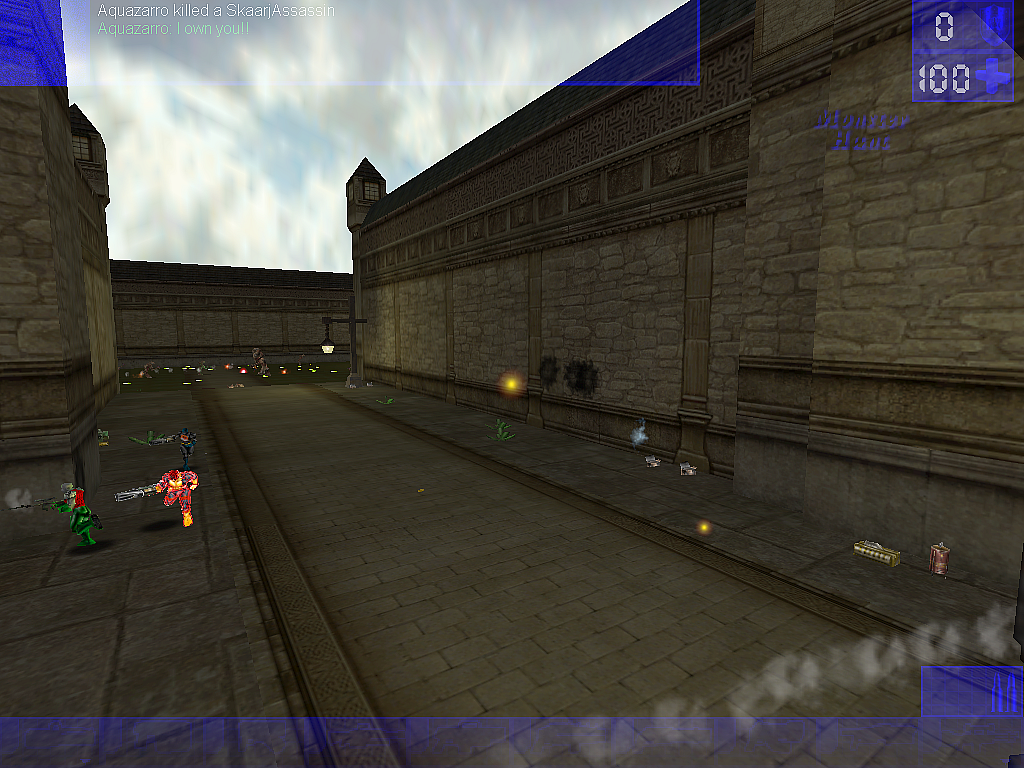 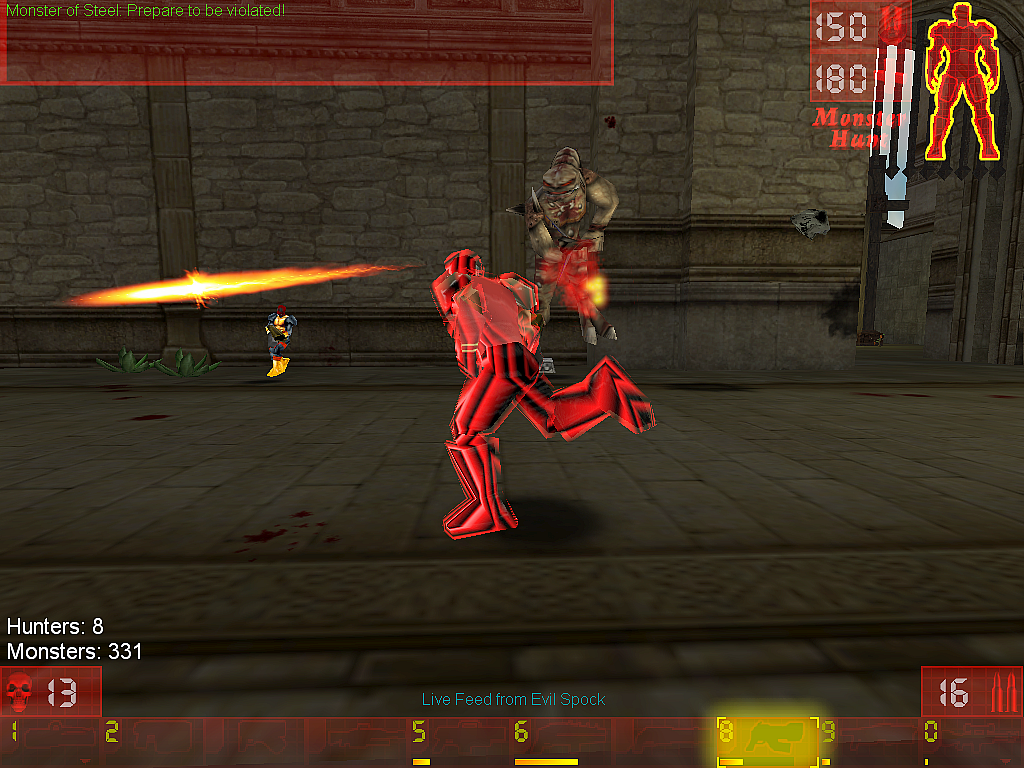 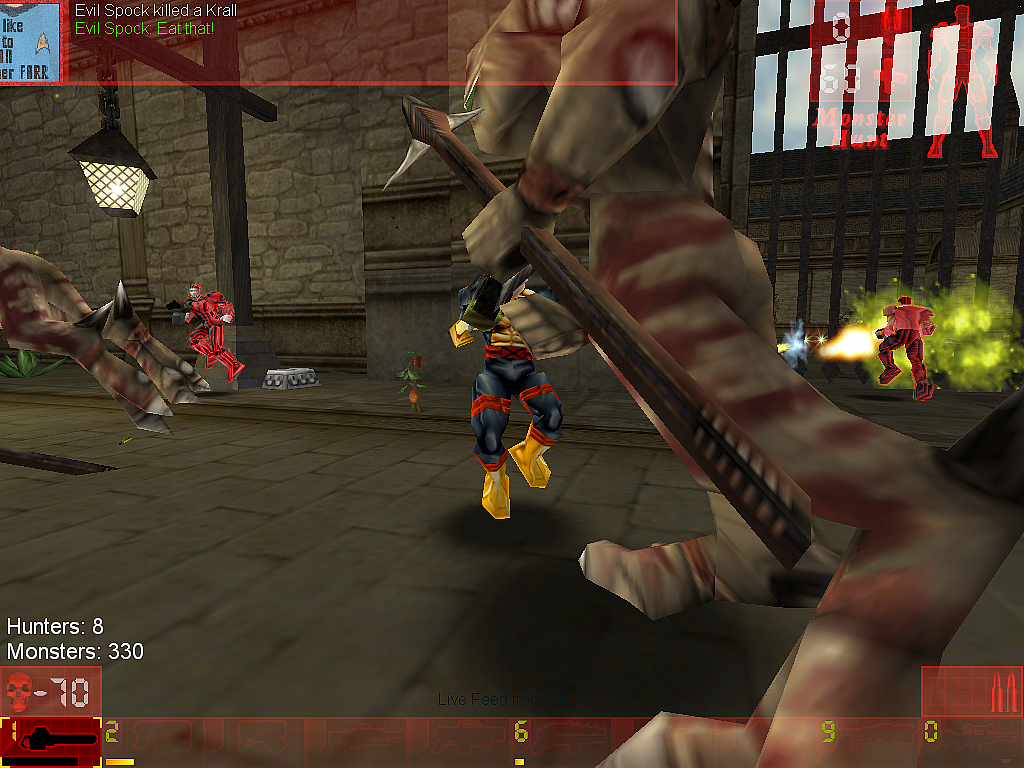 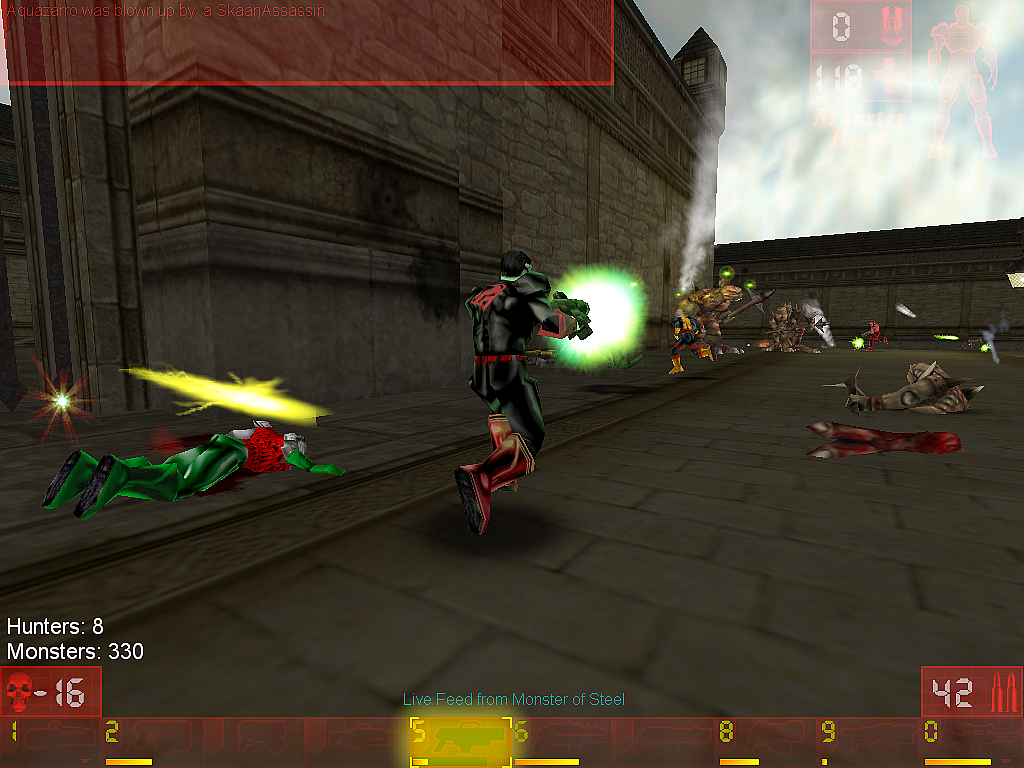 Map primarily has Unreal Monsters on it, with varying heights and projectiles and health levels, but there's some other stuff too. 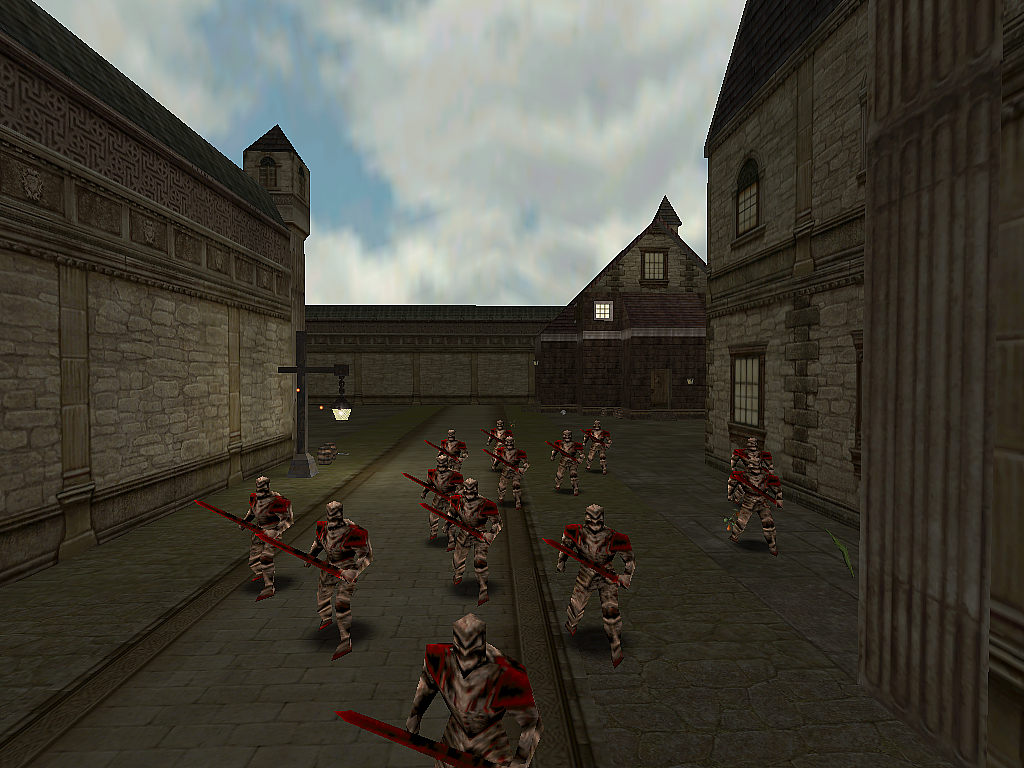 Not sure about that placement, looks awkward. 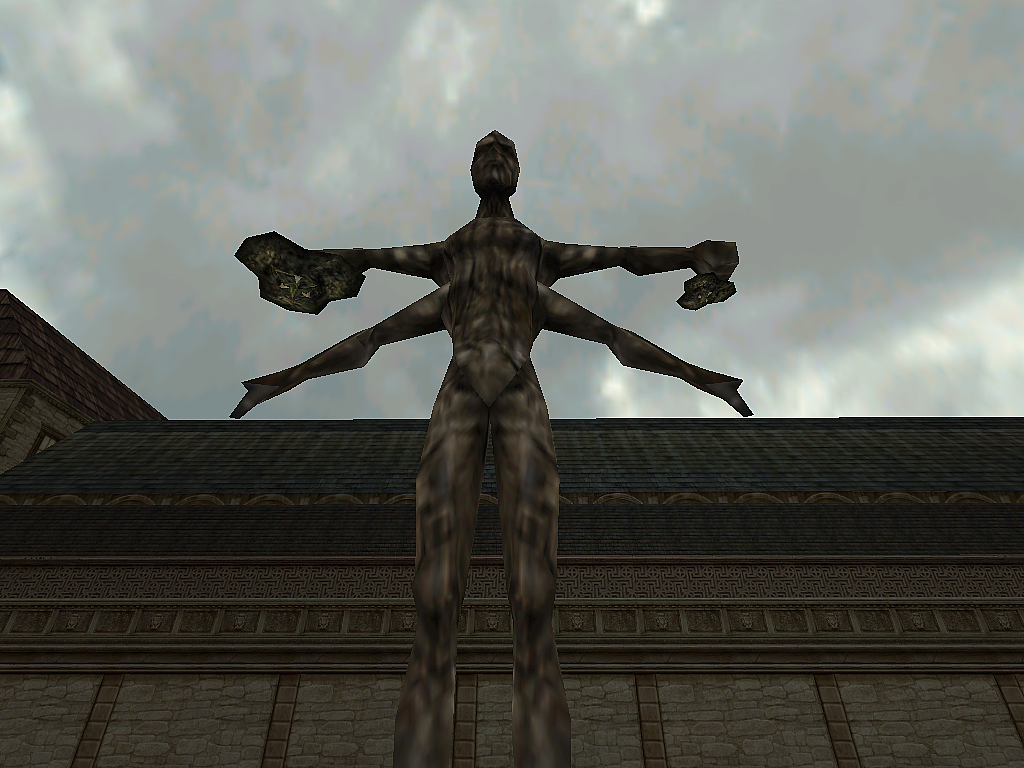 Spawn Points update the further you get into the map.

There's a female voice that does announcements when you achieve certain goals.

Even while in Spectator Mode I found that if you go outside the playable area, the map teleports you back into the playable part.

I haven't played this myself yet, going back in to try that next.
http://unreal-games.livejournal.com/