If you have found new Downloads or created something by your own, please announce it here
Post Reply
4 posts • Page 1 of 1

Well, here they are, a collection of all the textures (already in .utx format) from a little game called 'Nerf Arena Blast'.
This game was created as a "Family-Friendly" alternative to UT and was my first FPS

I couldn't find the textures anywhere online, so I downloaded the game and put them in a .rar for you fine folk

The game also has a collection of pretty comical .uax files if anyone wants those.
Maybe someone will make use of these

I'm working on a little arena myself.

PS. I also have the Deus Ex textures if anyone wants those as well. 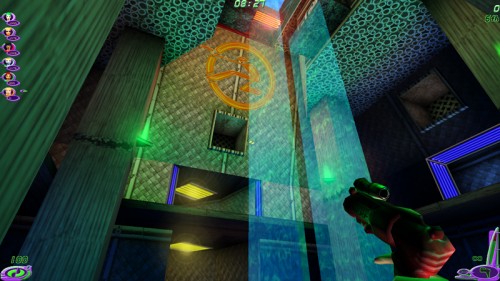 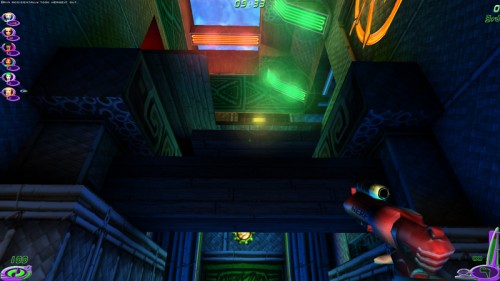 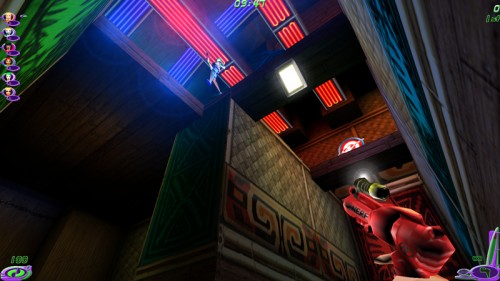 Updated with screenshots from my favorite map

Thats a double-edged sword: One the one side its the UEngine as well, but actually you know Epic is not related to this game.. but whatever.

Its quite a nice game. The deathmatch mode is neat with this point stuff. Actually its even possible to add those "point bonuses" inside the maps as pickups. In UT it would be as like as if you would collect a pickup which would grant you a free frag point instead to take the risk to confront your enemy in order to kill him or to get killed first (or imagine the point system of domination a little bit).

I also liked this speed blast. However I think it would have been even greater to run .. lets say 3 laps as like in a racing game ... on foot instead of those "legs" only.
About to be non-active
My very last UT map project: CTF-FacePalm (tropical CTF-Face remake)
Why do I leave? click here
What I want to do next: Joining an UDK team (uncertain however) and improve 3D modelling and texture editing skills
Thanks to those who visibly supported me until/at the end!
My reactivated account on indiedb.com.
Top

Yeah, the point system is imo a bit more fun if not more balanced than in UT. It works as kind of a handicap.
If you kill the lead fragger, you're awarded 1000 pts. Kill 2nd place, you get 750 and etc. Head shots get you extra points.
But the points are awarded as pickups, so you have to run and get it.
What's fun is when you kill someone and an opponent steals the points or vice/versa

The little red targets (one visible in pic 3) award you for shooting them with different amounts of points based on their location. For instance, in pic three, youre awarded 250 pts. In another map, the only way to hit one is mid-air after being launched from a jump pad, this one gives you 1000 pts.

Some of the maps have some pretty nifty tricks I've yet to see in any UT map.
To get to the powerups, you either have to solve some puzzle or pull off manuevers typical of BT maps.
If you check the vid I posted, there's a point in the map where you dive down this huge slide into a pool filled with ammo and other goodies. This game is fun as hell, and the other game types, "Speed Blast" (kind of like BT) and "Ball Blast" (scavenger-hunt + basket-ball!) are as innovative/weird as they are fun.

The only thing pulling this game down, aside from a little wacky map design and wild lighting (but this makes the game all the more funny), are the bots. They're as dumb as a bag of hammers. That is, until they pick up the Striker (Sniper), then they all fire like Loque

It's their movements that are terrible, but their firing is really accurate.

Anyways, I'd love to see what some people could do with these textures