Discussions about GameTypes
7 posts • Page 1 of 1

A quick skim and I was surprised to find this isn't anywhere on the forum... until now!

One of the first times I ever played online (in the first couple years after UT was first released) it was a CTF server running this twisted gametype. Basically, you can set a point-spread along with whatever the final score is and if that spread comes into play, a Titan joins your team: 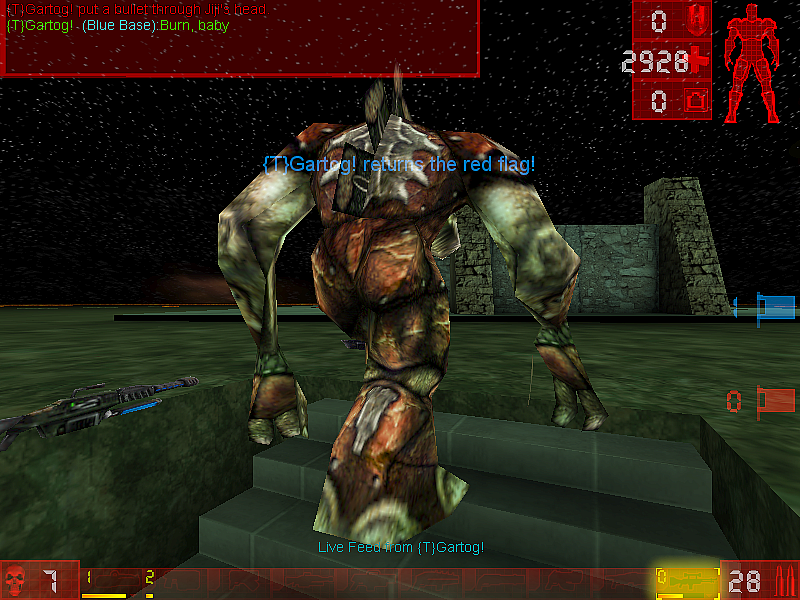 These Team Titans are not the same as the UTDMT. For one thing, you can give them orders... but regrettably they don't have team colors.

They're about ½ the size of a UTDMT: 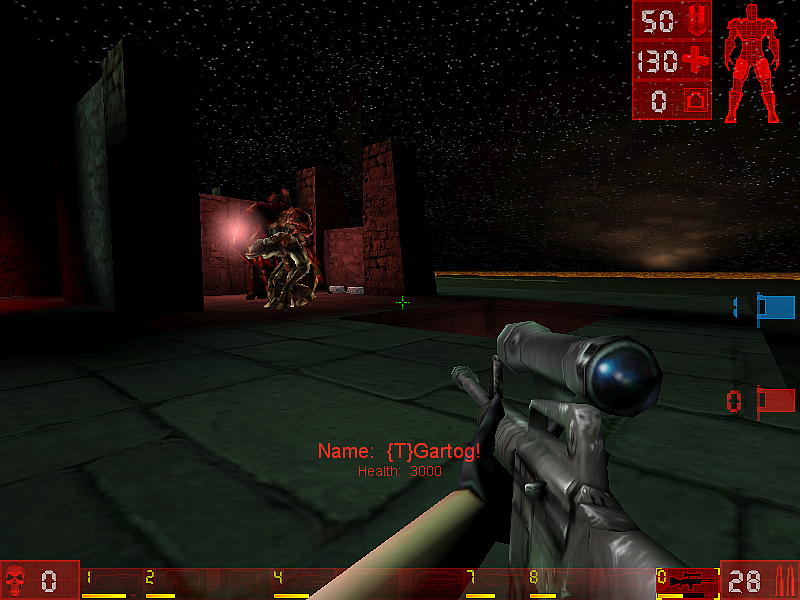 Might be possible to alter their size. I've seen them even larger than UTDMT on some servers... long LONG ago.

They're wicked fast and if you get the flag from a team that has these Team Titans on it, they will chase your ass down and kill you to get the flag back. Thought I'd share it since... why not?
You do not have the required permissions to view the files attached to this post.
http://unreal-games.livejournal.com/

Nice, Ill check it out.

Can you provide us with the name of this map? 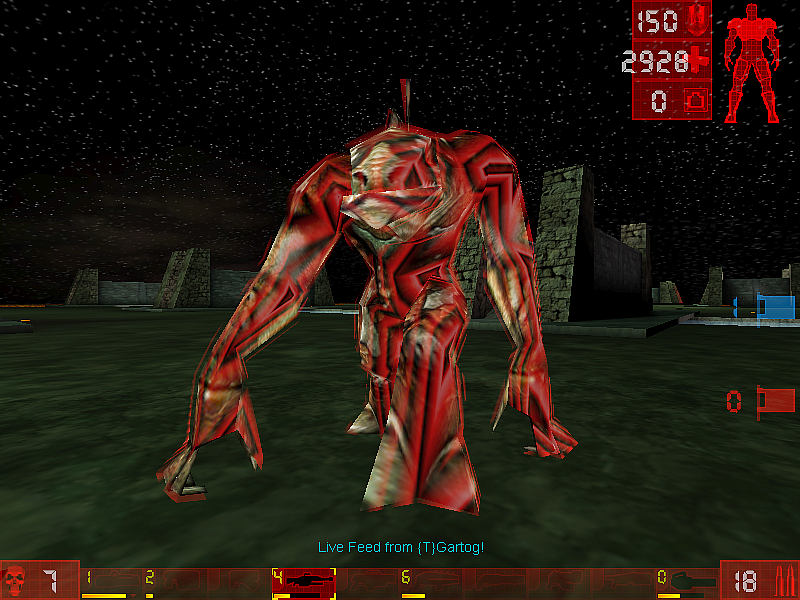 Probably on this forum somewhere, but here:
http://unreal-games.livejournal.com/99808.html

Not having played CTF/e in awhile, I've been going over it again lately.

As previously stated, I didn't get a readme file with it, so some things I don't know.

Not sure what that thing is for. It looks like a phone-jack.

Team Titans generated by this gametype respond to commands like any other bot would, and they can also use any weapons they pick up on the map... along with throwing boulders. If it weren't for the fact they start with +3,000 health, they're not much different than bots: 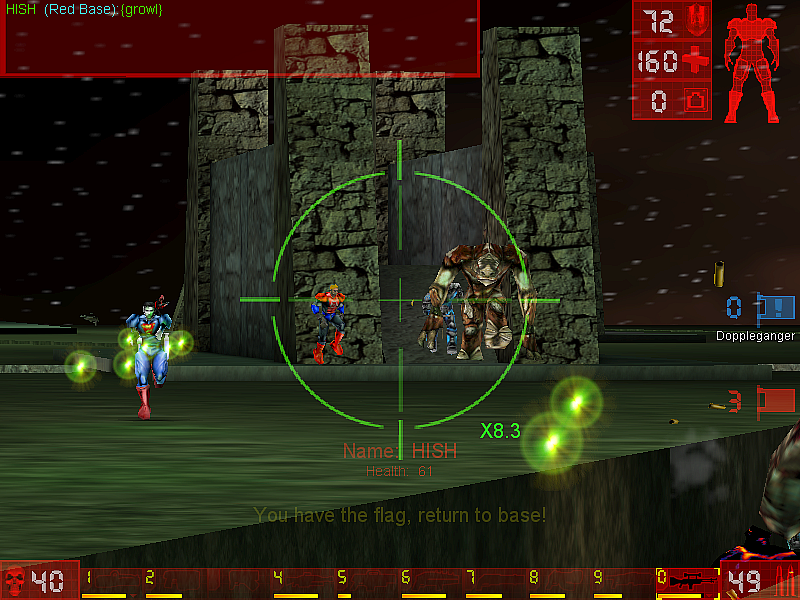 And being smaller they're able to go anywhere other players can too.
http://unreal-games.livejournal.com/