by sektor2111
Short description:
Tiny Level dedicated for MonsterHuntArena - I think it won't spam HUD with that known mountain of errors due to some stuff added. The rest of MH controller stuff is doing sucks as usual.
Contains also a sort "Animalizer Modifier".
Boss Rocketus is patroling in Arena. Player/Bot get some weapons (not ammo because they don't fight in spawn room), and then go through Teleporter in Arena. Mr. Rocketus will call reinforcements. Kralls dropped are about to switch projectiles during combat for being more different in battle. When Mr. Rocketus is dead game is ending. In arena there are HealthVials and Ammo for weapons, Armor2 and ThigPads.

Map resulted after getting some textures stuff and I was curious how do they look in game. In order to play Level MonsterHunt stuff is required. If UT's path is properly set, game should be called normally.

by EvilGrins
Too a quick look at the map, it's got good pacing and I'm all for a new Monster Arena map as it's a seriously under-appreciated gametype.

1st time off I forgot I had a time limit on, so game ended before I could kill Mr. Rocketus: 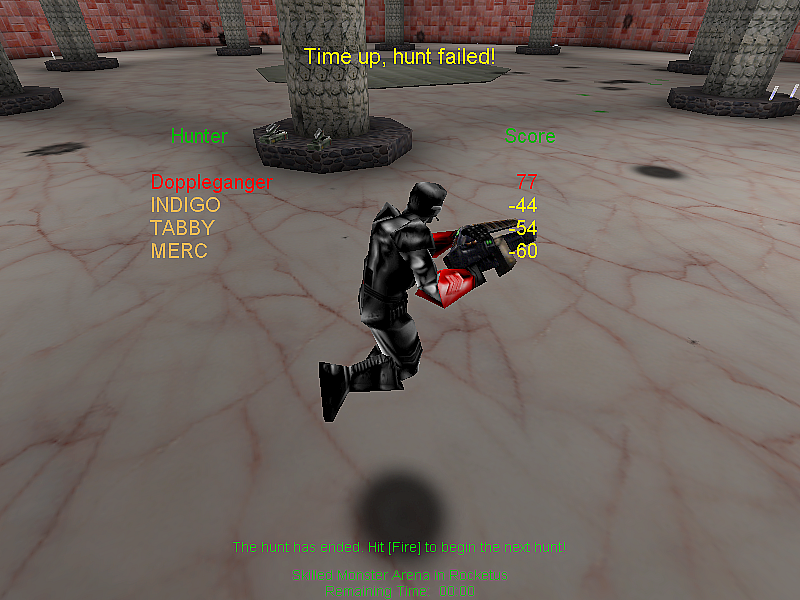 2nd time around (after 1 mild modification, I let the bots have a go without me): 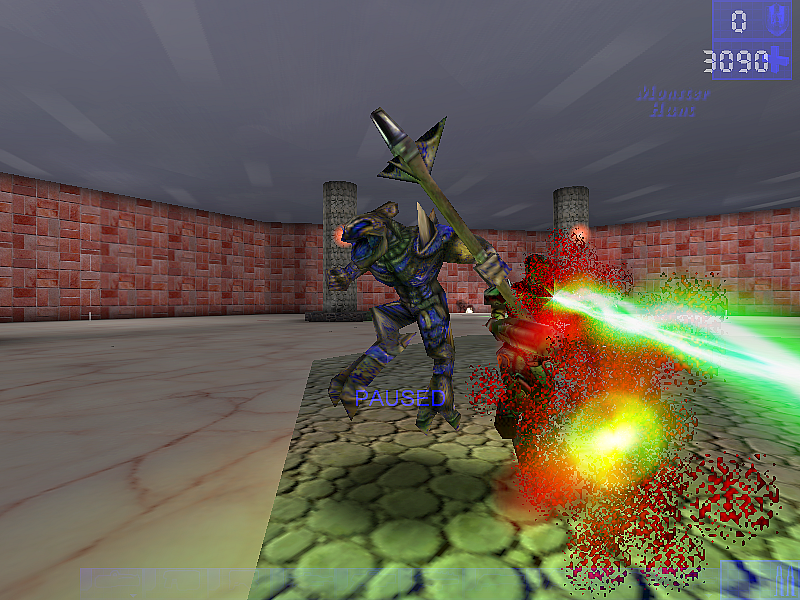 If I could've figured how you got the other Krall to fire multiple kinds of projectiles... 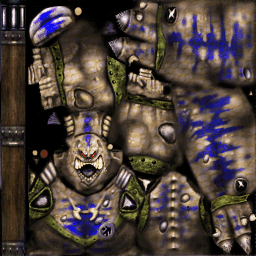 Maps with no ambient background sounds kinda skeeve me out, so I added some music. Also seemed too bright so I removed 1 of the torches.

Have a look, texture included...

by sektor2111
There are 2 actors in Level placed in the middle of arena. One of them is fixing MA HUD problems, the second one is a modifier able to setup monsters based on a defined TAG. This TAG is set by Factory spawning Kralls. Any Monster able to fire projectiles can be swapped by this modifier holding TAG in cause. I've added Kralls in order to have support for Rocketus, but they can be any type able to fire projectiles. I could put a "friendship" actor for making creatures to work in team but it was not the case.
Modifier can use other TAG and other Factory tagging pawns in the same manner.
All times are UTC+01:00
Page 1 of 1
Powered by phpBB® Forum Software © phpBB Limited
https://www.phpbb.com/