Big fan of the UTDMT (Unreal Tournament DeathMatch Titan) and I frequently use them in map edits I do. Also, I periodically do searches to see who else has done edits with them.

That's Waffnuffly's edit of CTF-Fifa. It's got a lot of titans and legless krall and some weird smilies bouncing around the map. It's a bit much, plus you can't tell what titans are on which team... so I thought to make it a bit more playable: 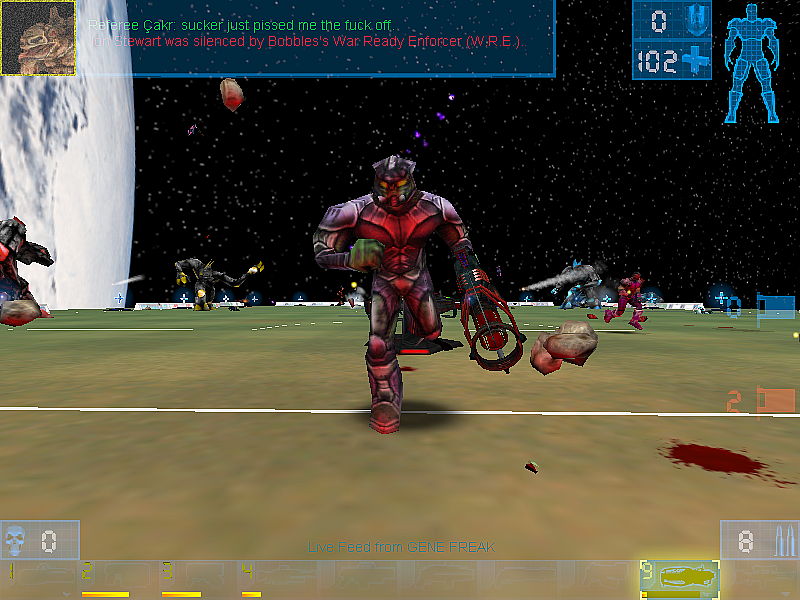 On my edit the Titans are clearly identified as to which team they're on: 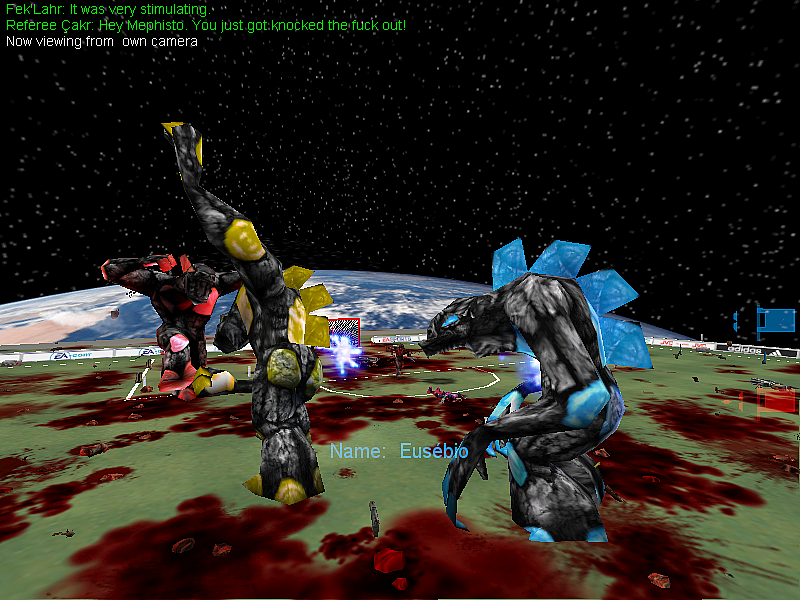 Despite the obvious use of NW3's Ultra Gore, I wouldn't recommend it. More often than not it will crash the map... given the Titan's boulders make excessive gore, it's kinda like bowling and players are the pins.

It's a game option built into CTF4 called Elimination. Each time a team scores, the team that got its flag taken loses a point.

There's also an option built into Elimination that you can only go after specific teams at a time, but that's a whole other thing.

Gotten used to playing CTF under CTF4 because the map randomizer I use refuses to distinguish between CTF, CTF4, & CTFM maps... plus I love playing Elimination.
http://unreal-games.livejournal.com/