Tutorials and discussions about Mapping - Introduce your own ones!
Post Reply
287 posts

ExpEM wrote:I should have been more specific, the telefraging is caused by the teleporters not the playerstarts. I put the telefraging under feature rather than bug as in my mind it is a non- issue.

Not even here, yeah, we have toys for teleporters too... and amazingly don't break teleporters. I'm using that thing for a few weeks and now I play my Sk_Godz map tens of times with only random 1 or 2 kills - which don't see as being issues.

So contest goes into not complete following rules because we have pathing issues based on lifts (which are doable in less that 1 minute each of them) because are SIMPLE AS A PIE to do. What any excuses are involved for 4096 UU cube to not make it Bot compatible and game-play compatible ? Chaos issues, Bot issues, Time issues, Concept issues... did I miss something ?

All right, no problem. Chaos update which I'm planing to do will require some testing period - because I'm not planing to do "known bugs" - just RULES, I'm also planning some "chaosification" out of contest when mod will be ready and bug-free, from me if your maps are coming later is not a problem - at least if a map is perfect I do not care how much it takes - not 6 months of course, if it's good in all points. If not, I'm not bother with that just to see retarded A.I. and excuses. Take your time and FINISH these maps - there are not needed borks released like with hair burning.

If majority of participants are having time issues perhaps mapping contest MUST BE dynamically adjusted with a "Time++". Else it will get turned into a competition for doing rushed buggy maps - What for then ? I bumped 3072 contest in hoping to see something better not worst.
Top

ExpEM wrote:I should have been more specific, the telefraging is caused by the teleporters not the playerstarts. I put the telefraging under feature rather than bug as in my mind it is a non- issue.

Using sektor2111's TelTweak mutator means that it does indeed become a non-issue - basically it stops it occurring.
Top

I almost forgot, I did post the download in my own topic but forgot the official topic. wew, it's still 13th

Download http://crystalunreal.com/cmc/Terraniux/ ... 0-2017.rar
Contest Checklist
Spoiler
Show
-Theme of the contest is CHAOS ...spooky bloody chaos! Inspiration, textures and decoration can be taken out of the ChaosUT mod.
-No weapon placement from this mod... we want this maps playable for everyone. Even for people without Chaos-UT installed.
-The playable area must be inside a 4096x4096x4096uu space. 1 bonus-point if you can get even the sky-zone inside that space.
- You can use any pack (u/utx/umx/uax) you want, but must include any exotic one into your submission. Filesize should be reasonable, so for a +1 point, the sum of all files used inside a zip file should not be bigger than 10 MB.
The Chaos files doesn't count, because we will put them into the final map-pack anyway. Only exotic files which are not included in Chaos or vanilla-Install have to be put into the zip or MyLevel. Those files and the map are the one counting.
-Any game-type allowed.
-The contest badge must be placed somewhere into the map on a visible place. Not just in some easter-egg room.
masked 256x256 pcx version by Terraniux masked 1024x1024 pcx version by nogardilaref.
- Map Screenshot, Bot-Support and Music (at least a MyLeveled blank.umx) are a must.
- When naming your map, make sure the name has the -CMC- prefix. (DM-CMC-MapName, KOTH-CMC-MapName etc.
- The archive file should contain the map, a screenshot and a readme text file with any required credits.
)
- Chaos / Halloween [x]
- 4096 uu + skybox is in the 4096 uu [x]
- All files extracted from the archive is under 10 mb[x]
- Added all files necessary except Chaos packages [x]
- Contest badge placed open and wide to see [x]
- Map screenshot included [x]
- Full bot support, they can END the map on their own when you start the match [x] Even for me this is a miracle but they do!

ExpEM wrote:Here we go! DOM-CMC-NaliPsyence. This is my first DOM level in around eight years, hope you like it!

I did, but it's very VERY dark. I mean lighting-wise. 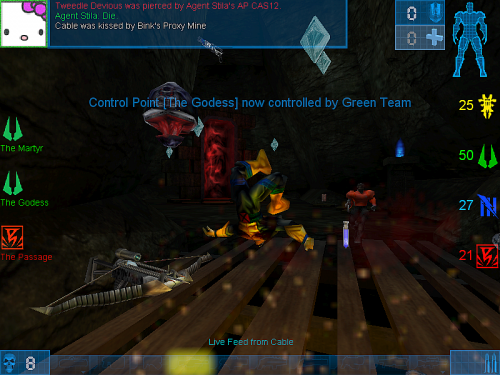 QUESTION TO ALL PARTICIPANTS. What is the latest version you uploaded, is in this topic or in your own?

If you have same the edition in both topics ignore this question.
Don't wanna spend hour skimming trough topics.

I'm currently playing and reviewing all maps, so I'd like to know sure I have the latest editions of all.
Top

Gecko should keep track of this and link the last version of the maps in the first post here.
-=: http://jokercologne.deviantart.com/ :=-

I thought it was darkish in places but not very, very dark - what brightness setting do you use? Which renderer?
Top

makemeunreal wrote:Well, we've got a few hours left don't we?

I don't know ... you should google the UTC plus your place. Then you know how many hours you still have.

I'll have to check.

So, ChaosKeep. No music but good play, bots have the run of the place and it would've been a fair fight if Golden One (a mech) hadn't popped in when I tested it.

There's a large black dot on a wall in the main courtyard, which stays black unless there's an explosion near it... revealing it to be the contest logo. 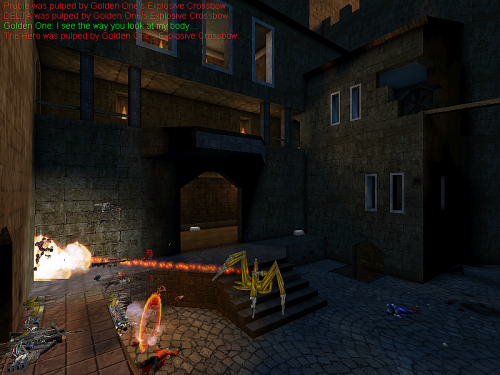 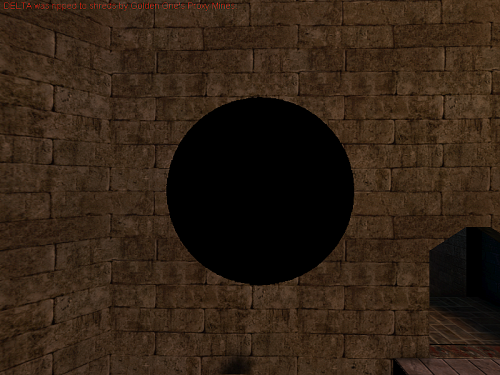 Yes, agree about that - your first screenshot is very dark - you miss out on the subtle shadows on the buildings/courtyard from the partly obscured setting sun. Absence of sound as well but I don't think it needs all that much - some slight water movement where there is water and some low sound from the burning torches perhaps.
Top

3 reviews almost done! Thought making a picture of true grading with pen and paper like a teacher would be appreciated.

scratched of some names with paint so it would not reveal anything yet....

Note ut99.org displays the picture upside on my screen , if you save it , it is normal. 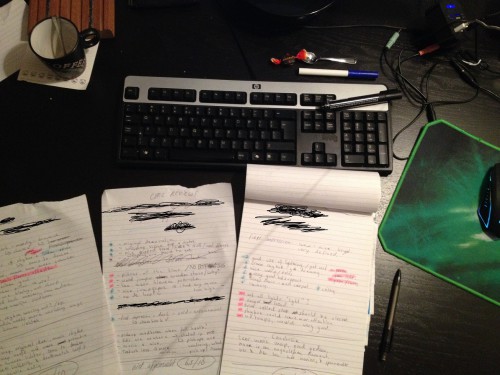 But please wait with the reviews till I've opened the participants vote thread.
-=: http://jokercologne.deviantart.com/ :=-

I know, I just do not know If I have the time next week. Next week I probably be busy.
This my free evening, and must do what I can do in advance. It's just rough review so far, won't post anything.

My last minute entry, the CTF-CMC-Hellscape.

)
The funniest thing about this particular signature is that by the time you realize it doesn't say anything it's too late to stop reading it.
Top
Post Reply
287 posts