HEAR ME OUT ON THIS ONE.
My intentions with such a map are merely for testing purposes. And perhaps at a later date, I could touch it up in order to give it a G59 aesthetic.
I am also well aware that lava isint exactly a good testing ground, thats why I ask for an edit of the beta version. Said map is MUCH larger and is actually a combination of the previous map leading up to it.
Yes, you could argue that I could do it myself, but Yeah. Broken editor. Steam. The usual. And its been discussed to death so Im just requesting out of desperation. Unless I can, somehow have Unreal227i's editor function with both Unreal and Tournament.

But heres the map just incase:

Damn that was fun.
Top

UTNerd24 wrote: I am also well aware that lava isint exactly a good testing ground, thats why I ask for an edit of the beta version.

It isn't clear, at least to me, exactly what you are hoping someone will do - what is it that you want edited in the beta version?
Top

[attachment=0]A_Joke_Perhaps.JPG[/attachment]
What !!??
This is a supposed map ?
You have to be kidding... 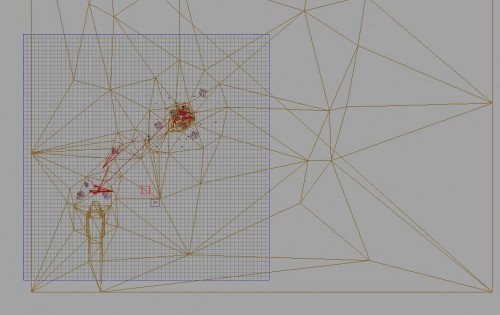 Ya, we need to know what you want to have, even to decide if it's a project we would do.

Seems to be confusion about your intentions.

Are you angling for this to be an MH map?

The bright spots of light, where there's no evident light sources, is a little weird.

That spacecraft has some serious BSP issues. 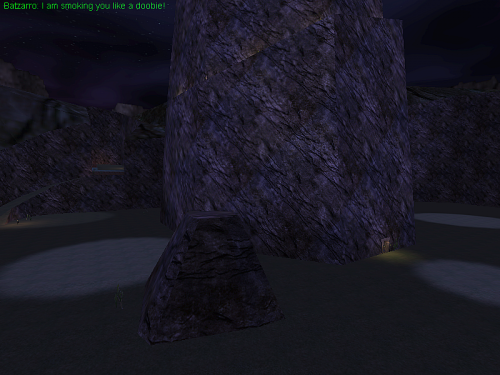 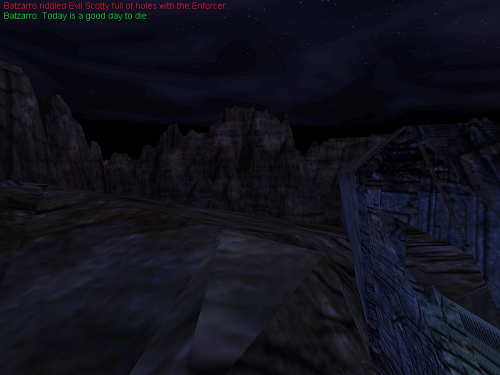 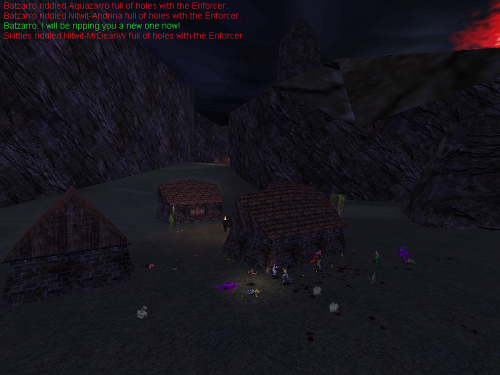 It looks like if someone has put together the maps TheSunspire.unr and SpireVillage.unr of the old Unreal. 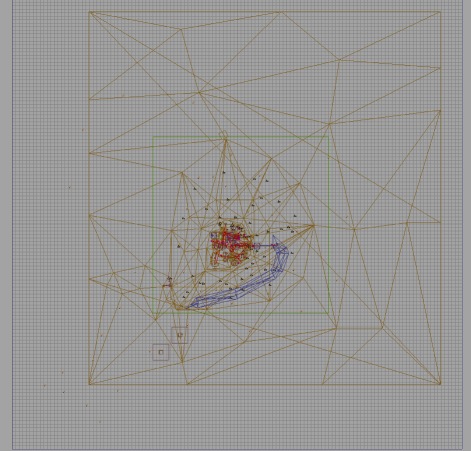 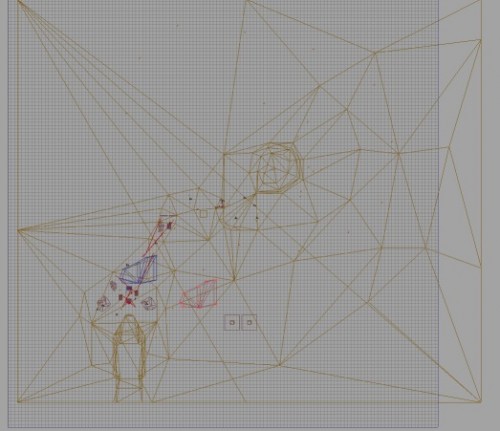 Theres been a bit of confusion. While I don't plan to make any MAJOR developments with the map, I do need it for testing things like, superweapons and Boss enemies. For reference, Tonatiuh, the 3rd Boss of G59, uses an edit of "Mercenary Landing Area" from the Unreal Beta, albeit the ship in the middle removed. G59 Bosses are HUGE in that reguard and need a good playing fiend to test their abilitites. Another example would be the Ultrabag in EXU2, such a monster is almost IMPOSSIBLE to spawn due to its sheer size, but due to current bugs in the code, it shrinks to its minimum size upon one hit. But its initial size upon spawning is unprecedented.

Allow me to try and clear things up by saying, I AM learning to script myself, I just need the appropriate map to test my monstrosities out. I would definatley do it myself, but a chat I had with Ferali last night has lead me to the conclusion that mapping in this day and age is nigh impossible due to the age of the software.
So yeah. While you do have all the right to yell at me for trying to 'manipulate' the development of my own testing grounds, let us consider the fact that I am now learning coding myself when years ago, I would just flat out leave my requests in the open in great detail and EXPECT them to be done.

It took me a few years, But I think im learning.
Damn that was fun.
Top

And, why not just a large big cube unlit map ? if you need to work with code or pawns, why bog the testing and rebuild time down with the excess BSP, textures, polys, and lighting ?

But, if it is just for testing huge monsters, what's wrong with the map in its current (somewhat flawed) state?
Top

Current pathing on the map only goes up to the hill and that cabin up there, insofar as that's where the bots will go repeatedly but no further.

Could use some better weapon pickups near the start...
http://unreal-games.livejournal.com/

But, if it is just for testing huge monsters, what's wrong with the map in its current (somewhat flawed) state?


Because every tiny thing you have to rebuild, even a tiny box map for code testing is like 3 trillion tests. (for me anyway LoLzz)
Binary Space Partitioning
Top

EvilGrins wrote:Current pathing on the map only goes up to the hill and that cabin up there, insofar as that's where the bots will go repeatedly but no further.

The pathing does go beyond the cabin all the way to the Spire (and inside the Spire).


EvilGrins wrote: Could use some better weapon pickups near the start...

You can always stick a few extra Starting weapons in a Stuff Swapper configuration - that's what I do for maps with nothing much in them - Stuff Swapper won't swap the weapons in this map as they are mostly (but not all) Unreal weapons but you will have more weapons to start off with (no ammo for them on the map of course but you can use a regen). There is a flak cannon and an eightball in the houses in the village but I expect you have seen them, plus a few things later on in the Spire.
Top

OjitroC wrote:The pathing does go beyond the cabin all the way to the Spire (and inside the Spire).

I tend to test both pathing with bots... and so far they don't go any further than that 1st cabin up the hill. So clearly there's a glitch or break in the pathing.

Let them play the map for 30 minutes, they went no further.

I don't have Stuff Swapper, likely never will. Just meant as to basic mapping, some weapons near the start would be handy for players.

Given the first thing you run into is a Titan...

Nothing major, maybe a shock rifle or a snot-gun or something
http://unreal-games.livejournal.com/

EvilGrins wrote: ..some weapons near the start would be handy for players.

I did think that when I first played the map but then it is a combination of two Single Player maps and so I suppose part of the challenge is to find the weapon in the village before being attacked by the Titan (not following the Nali helps). TBH there aren't enough monsters in the map to need much in the way of weaponry.
Top
Post Reply
14 posts • Page 1 of 1