Tutorials and discussions about Mapping - Introduce your own ones!
Post Reply
8 posts • Page 1 of 1

On DOM-Thundercracker (full title Venus Base Thundercracker), while it's a work-in-progress so therefore far from finished, I've probably gotten the most work done on it out of all three of these maps. What I'm going for is a base station on planet Venus. For now, anyway; once the map is finished, it may or may not take place on the same planet, or it might even take place on a different planet. It's a Domination map with 3 control points. They're just gonna be named Area A, Area B, and Area C, since I don't really know what to name them.

This is the area where the "Area A" control point is located. 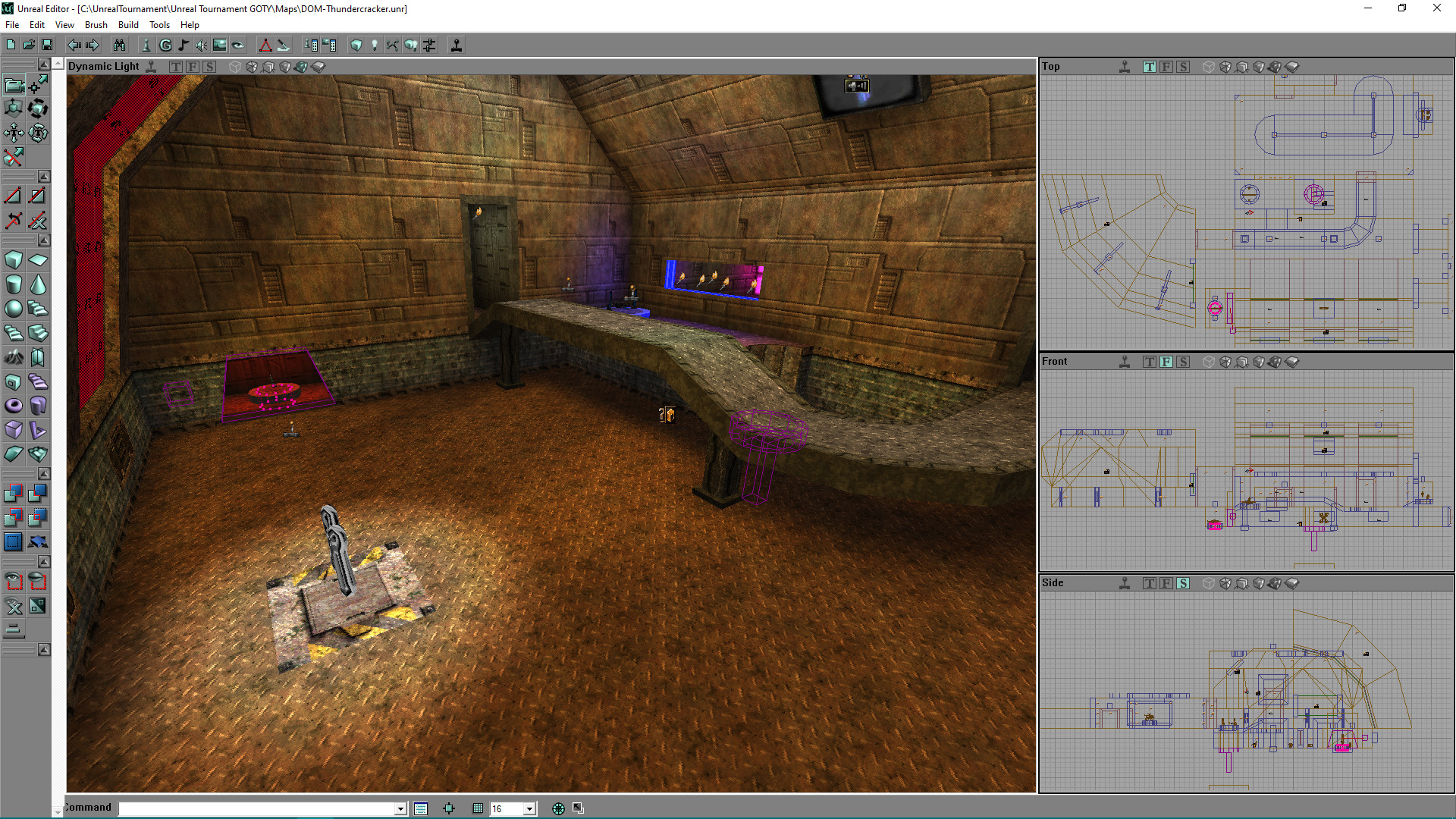 This is the entrances to the Armoury and Med Lab rooms. The Armoury room is where the Armor2 and ThighPads are located, and in the Med Lab there are two health boxes and five Health Vials. 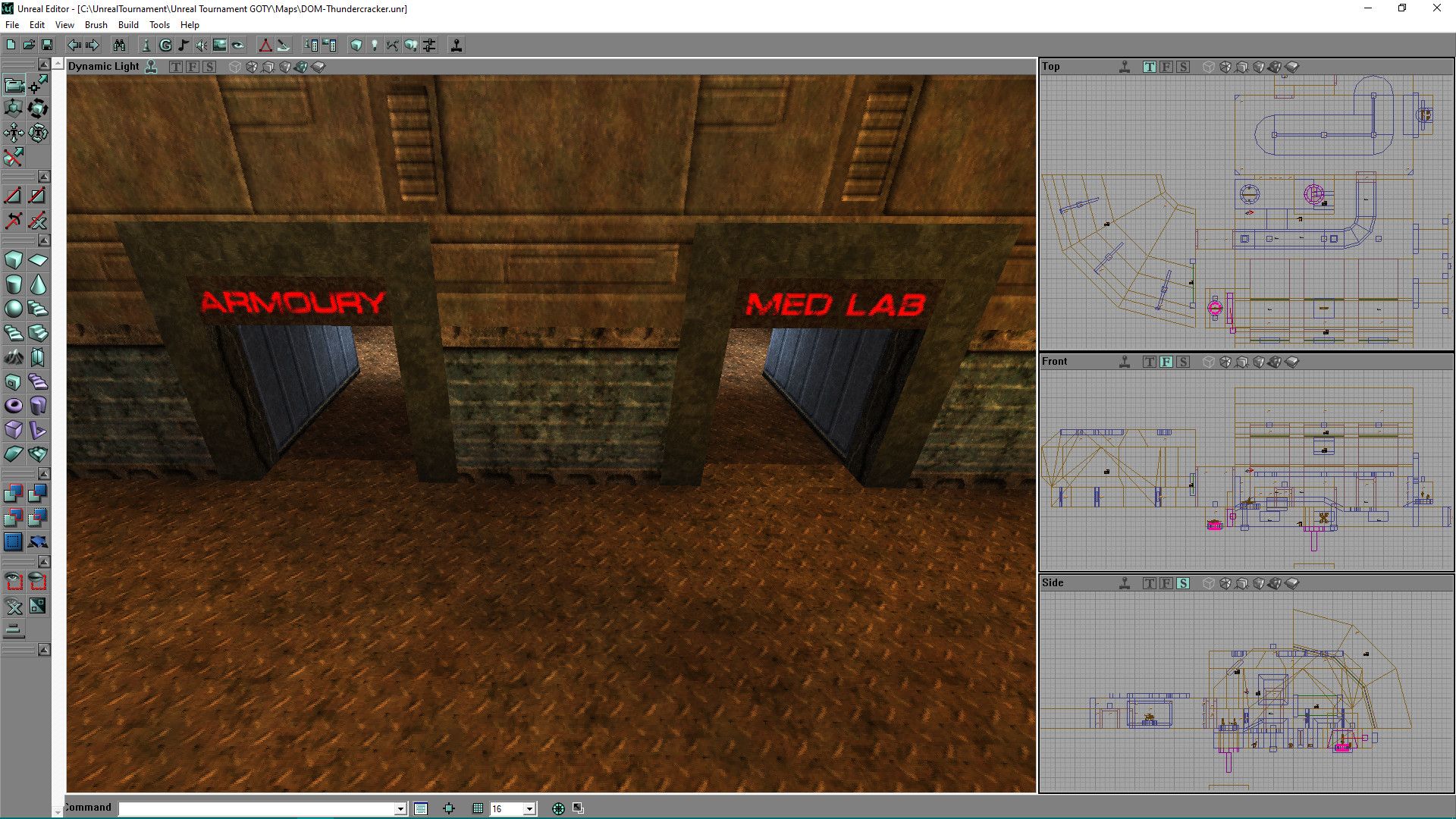 This is a button-activated door that, when the button is pressed, reveals a secret room where an Instagib Rifle is stored. 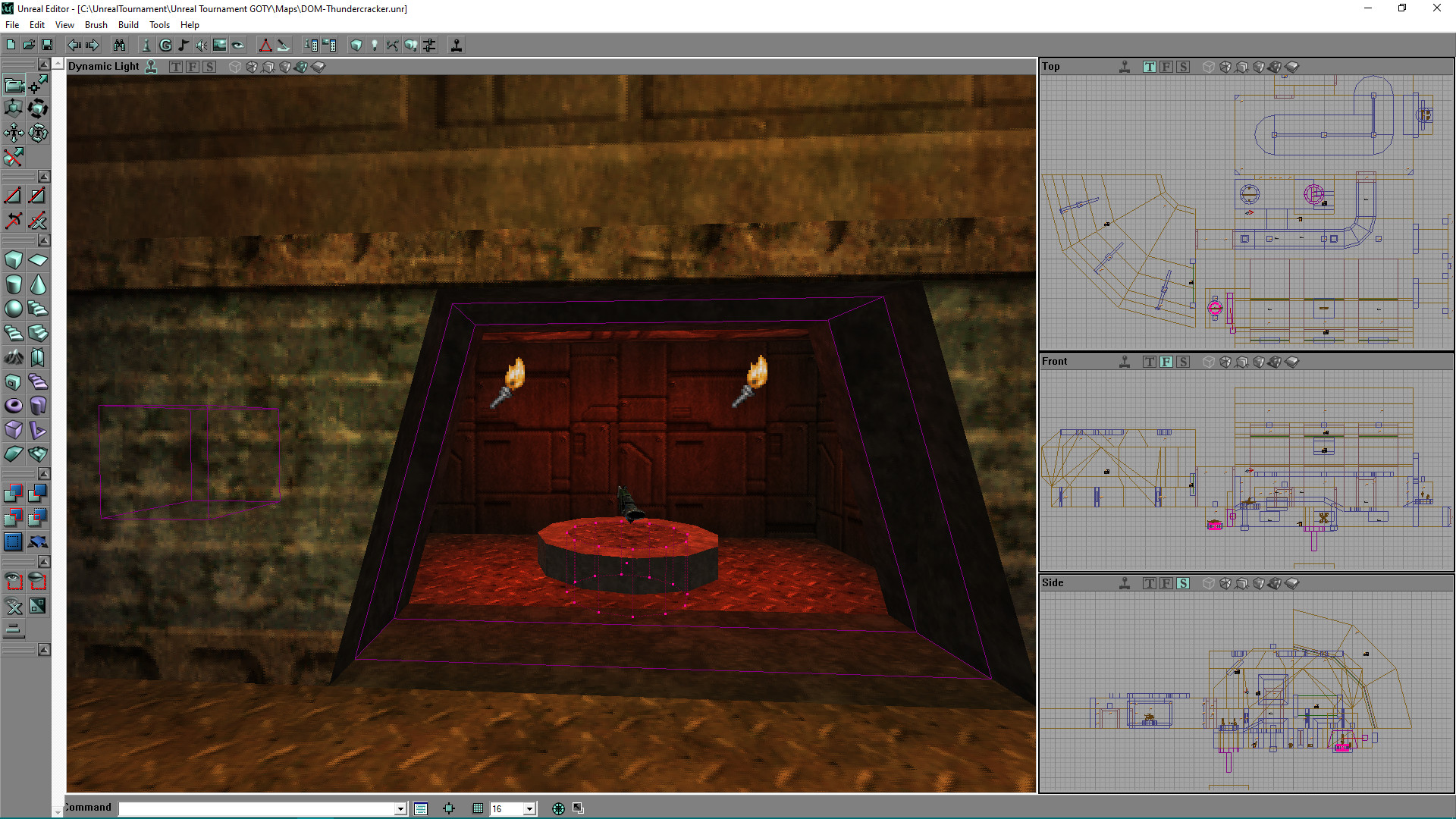 This is the curved hallway just outside Area A.
[img]hhttps://i.imgur.com/IQzgyli.jpg[/img]
And here's a view of the skybox. 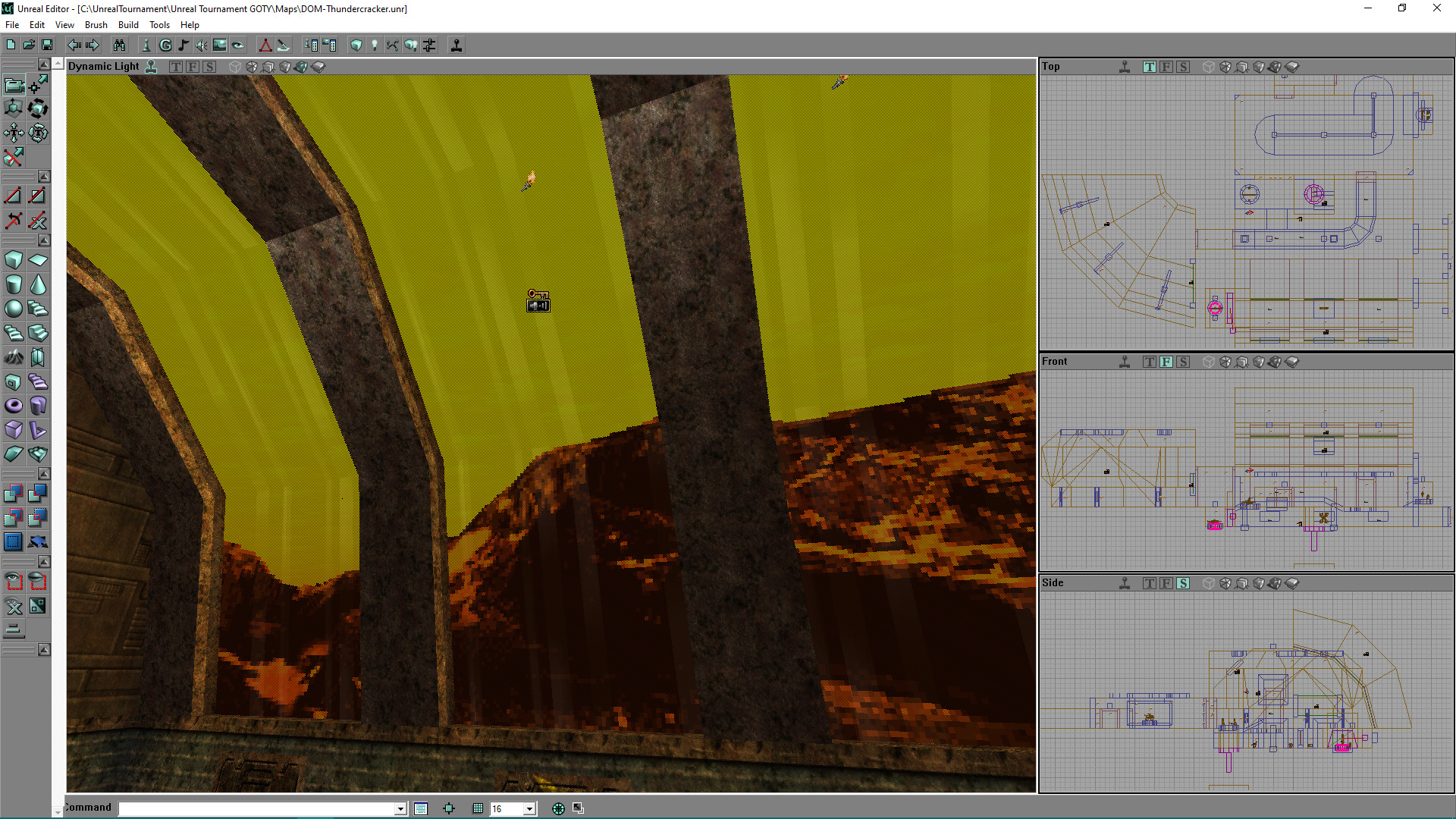 So overall, I don't think I'm doing too badly. Now onto the other two maps.

This is CTF-Starscream (full title FFS Starscream), which will be a spaceship soaring through space. Basically, think of like DM-Oblivion, but if it was a Capture the Flag map. Right now, it's only the red flag room. 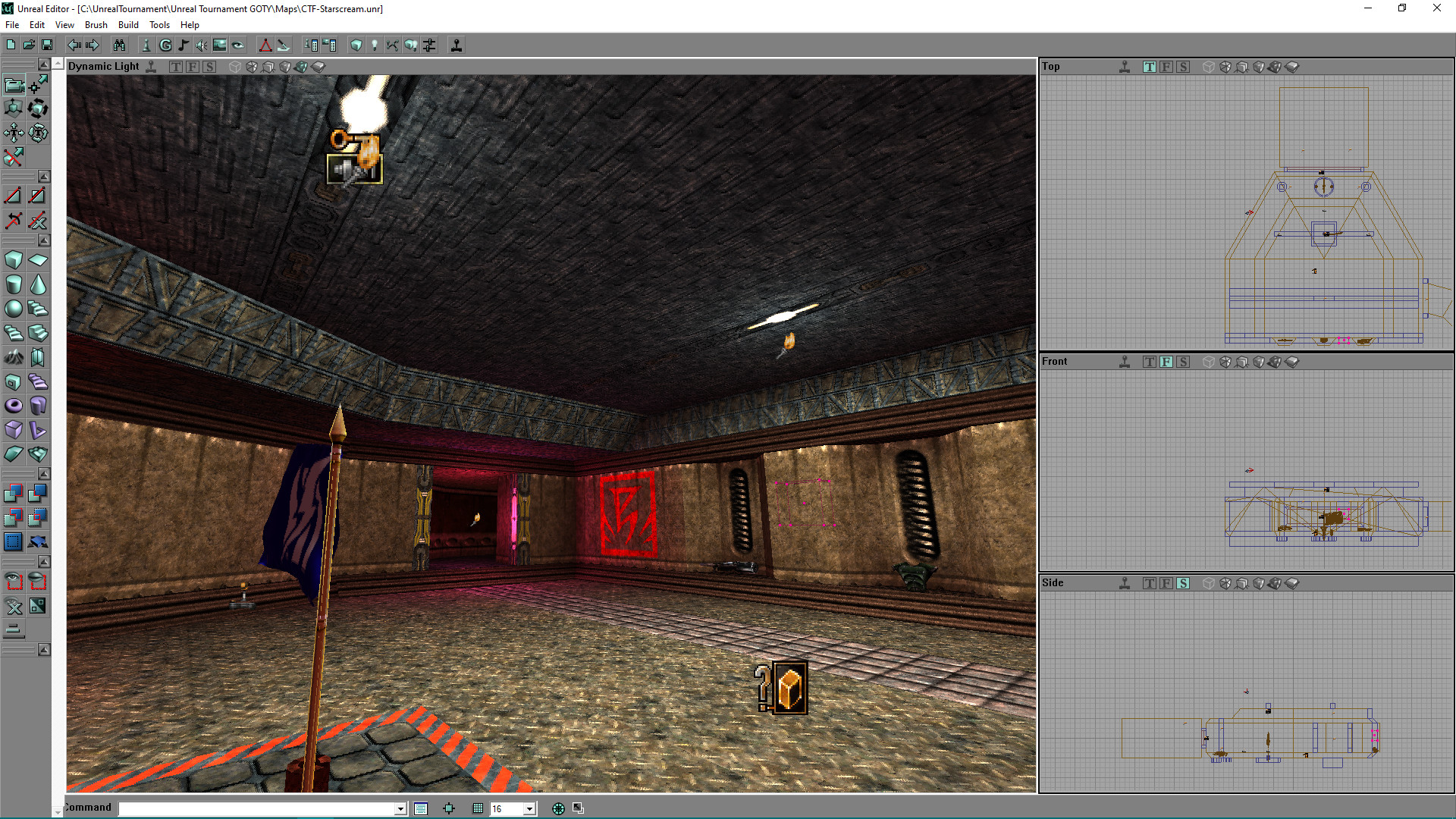 And finally, here's CTF-Skywarp (full title Skywarp Station). Again, only the red base. And for this one, I copied the skybox from CTF-Face because I felt too lazy to try to make my own skybox. 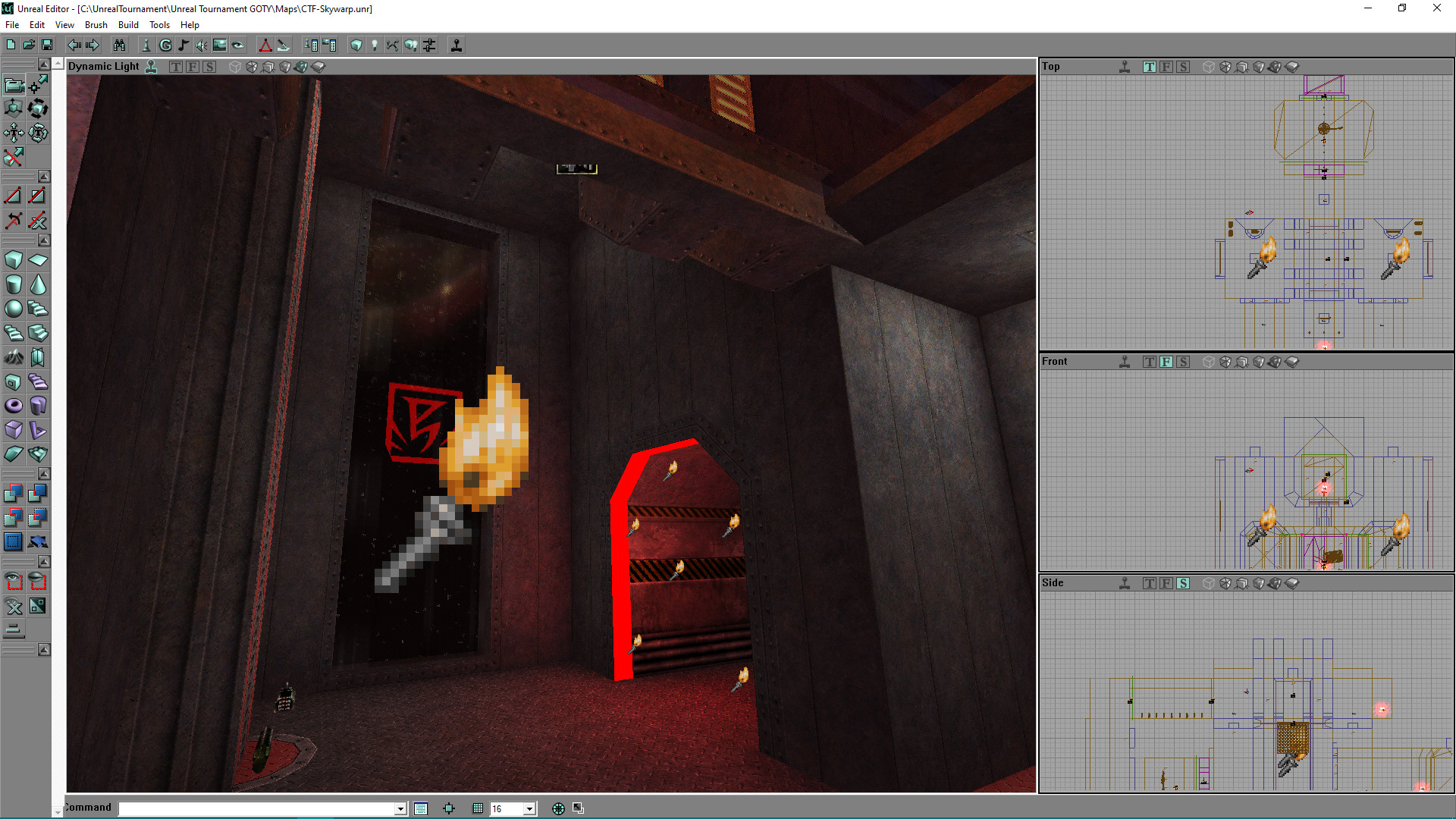 So, what do you think so far? They'll be finished soon. I don't know exactly when that "soon" will be, but they will be finished sometime. The maps are not available for download, because I'm sure nobody will want to play on an unfinished map. As always, feedback (whether negative or positive) is appreciated!

I can't see the pictures.

Huh... that's weird. I've never seen anybody on here have an issue like that, where the images don't show up.
"I am the Alpha and the Omega." ~Xan Kriegor
Top

No images, no links here either.
Binary Space Partitioning
Top

Nope, cant see them either

All images are now linked from Imgur. Hopefully now everyone can see them.
"I am the Alpha and the Omega." ~Xan Kriegor
Top