Tutorials and discussions about Mapping - Introduce your own ones!
Post Reply
15 posts • Page 1 of 1

There's a mod that I'm sure you may or may not have heard of called Flag Domination. In case you don't know what that is, it's pretty much Capture the Flag and Domination fused together. In Flag Domination, there's a couple (2 or 3) flags to be captured. The flags all have designated spots to be captured by each team, and whichever team holds the most flags for the longest time wins. From looking online, I can say, regrettably, that there are very few maps for Flag Domination compared to the many maps I have seen for MultiCTF. And that's a shame, really; Flag Domination is a cool mod that I feel doesn't get enough attention.

Anyways, in what I would personally consider a first for myself as a mapper, I've set out to build a Flag Domination map. What I have here is a map currently being worked on. The map is titled FD-Twilightwood, and it has four flags to be captured: the Moon Flag, the Wolf Flag, the Crow Flag, and the Vamp Flag. And this time, I'm trying out a new futuristic texture pack, that being UTtech2 (with a bit of UTtech1 mixed in as well).

This is the flag room where all four of the flags are located. This is section one of the team base. This is section two of the team base. And here's a view of the skybox. It's just the red base (and three of the four flags) for now. So far, though, I don't really think I'm doing too bad. I'll come back with more snapshots when I get more work done on the map, and maybe I'll release the map online once I've done botpathing and playtesting.
Last edited by Koolflux on Fri Nov 08, 2019 6:19 am, edited 1 time in total.
"I am the Alpha and the Omega." ~Xan Kriegor
Top

The page as it is displayed with NoScript addon in firefox. 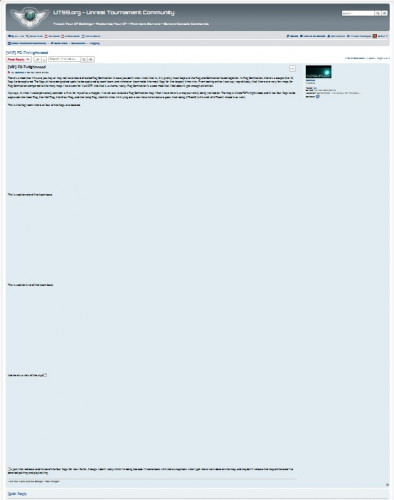 Havent played FD in a while, cant wait to give it a go, good luck!

I can't wait to finish it either. Again, it's a shame that Flag Domination doesn't have many maps.
"I am the Alpha and the Omega." ~Xan Kriegor
Top

Alright, I got a little more work done on the map, and also finally designed a texture for the Vamp Flag.

Here's the Vamp Flag finally with its texture. Before, I just used the Bat Flag's texture as a placeholder texture. 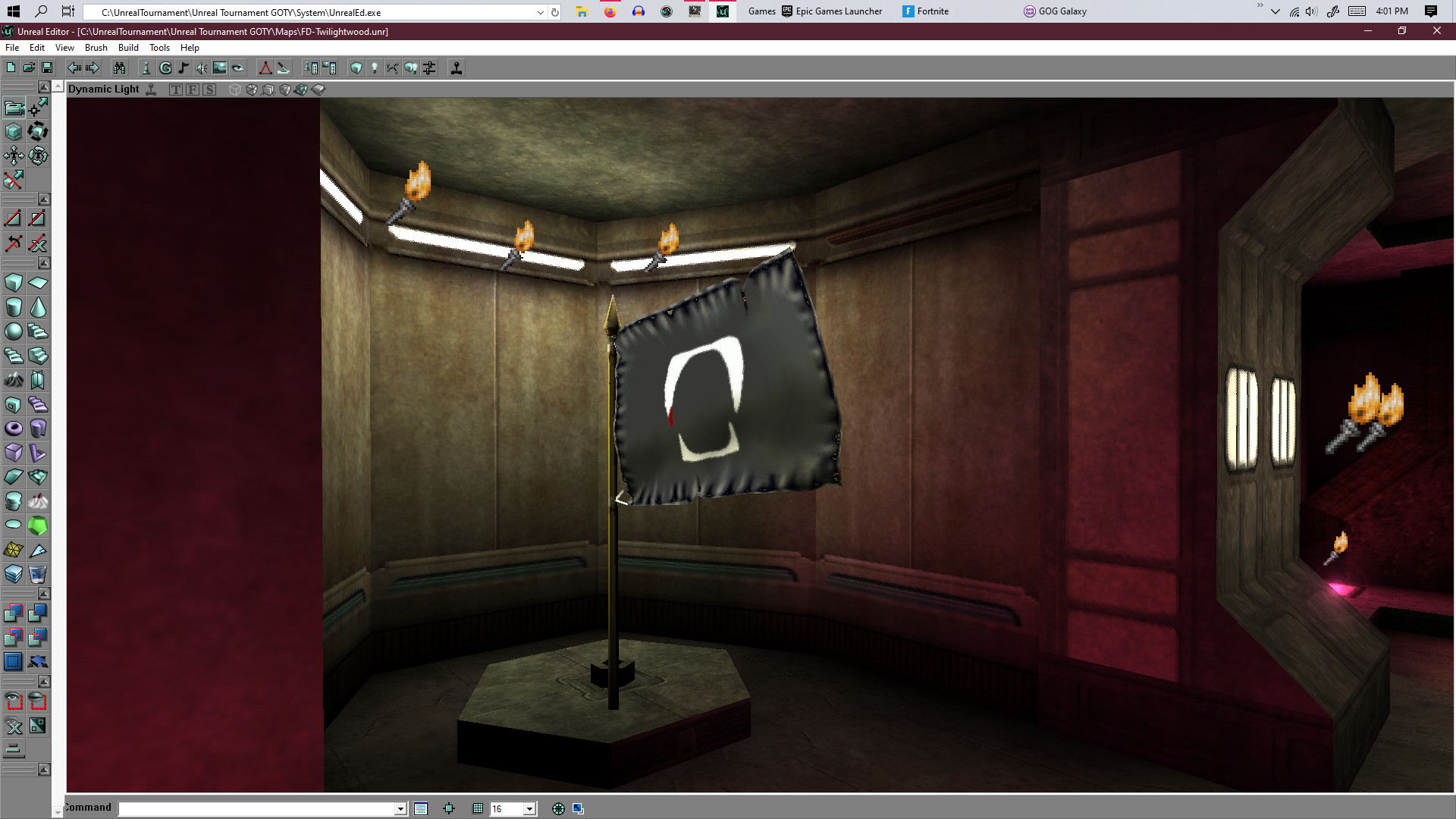 And in this small room, the Bio Rifle is located. I put it there because I didn't know what to put there. 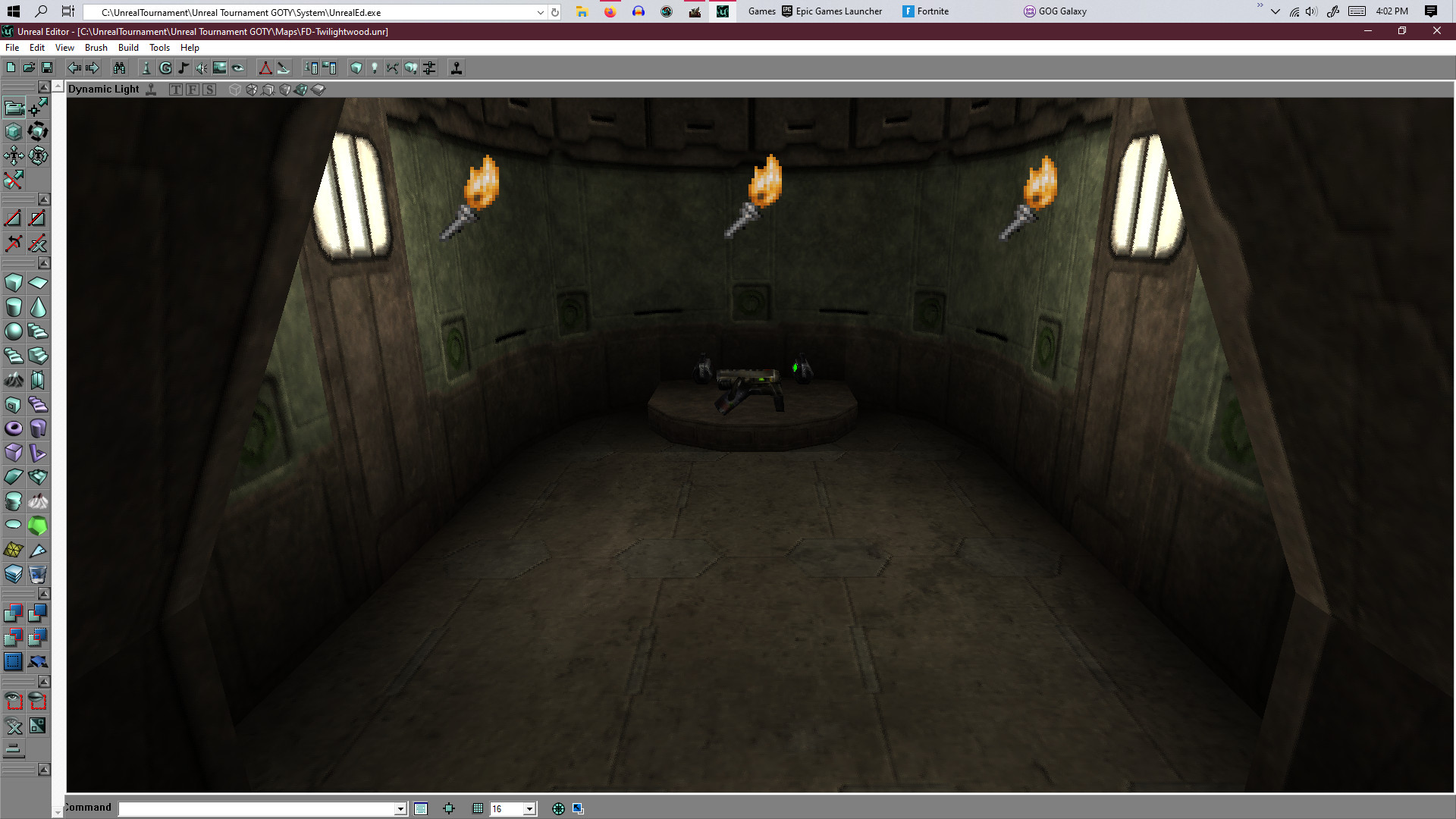 And the wall lights in the corridor leading to the second room are magenta now as opposed to orange like I originally intended. 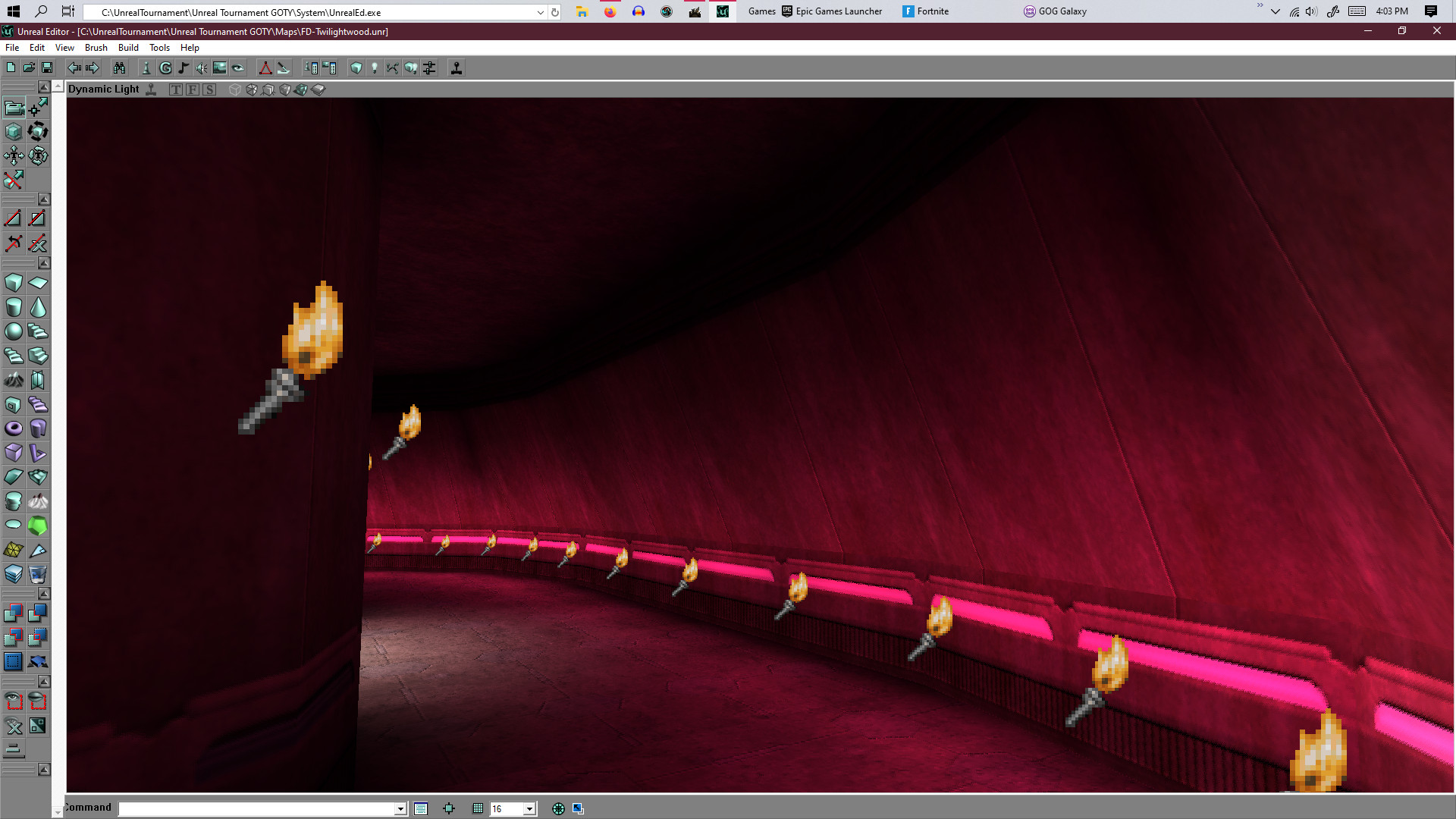 Now it's just the blue base and then zoning and botpathing to do, and then after that, some playtesting with bots to make sure everything works as intended, as well as to look for any flaws and, if I see any, do what I can to iron out those flaws.
"I am the Alpha and the Omega." ~Xan Kriegor
Top

Looking forward to trying this, also editing a version (if that's okay) with UTDMT: 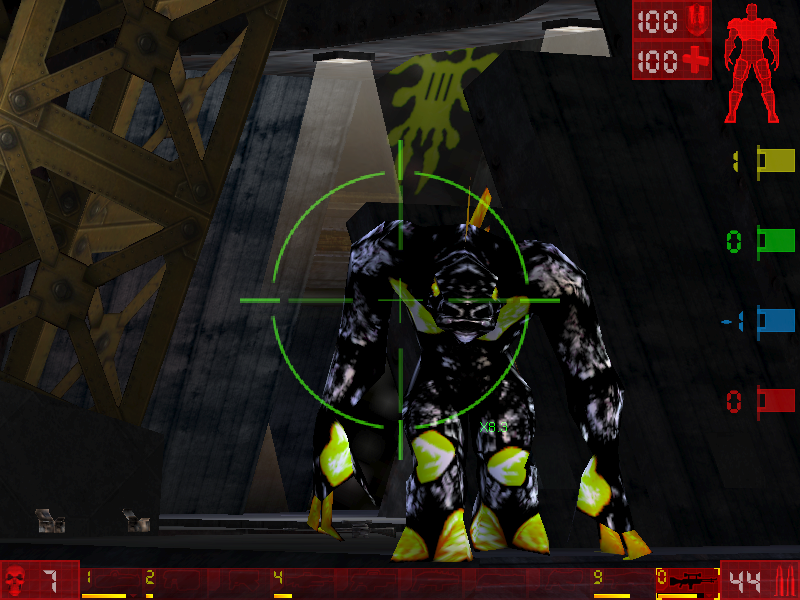 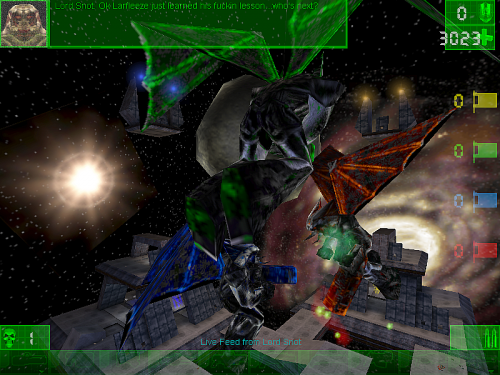 Koolflux wrote: ↑
Fri Nov 15, 2019 11:11 pm
Here's the Vamp Flag finally with its texture. Before, I just used the Bat Flag's texture as a placeholder texture.

What happens if the flag gets picked up? Or dropped?
-=: http://jokercologne.deviantart.com/ :=-

Interesting information about FD, thanks for that!
And awesome looking map!

You're welcome. It surprised me that Flag Domination is not that well-known compared to other mods.

Thanks. It's my first time mapping for Flag Domination.
"I am the Alpha and the Omega." ~Xan Kriegor
Top

UPDATE:
FD-Twilightwood has pretty much been finished. I've done play testing on it, and it doesn't play too badly, but I'm gonna hold off on releasing it until I can find a way to fix two flaws:

1. Bots never go to the sniper ledges in either base, which are accessible by elevators.
2. Bots sometimes walk in place near the Crow Flag receptacle.

Again, while I am considering releasing it, I'm gonna wait until I can get those flaws fixed before I do so. Also when I do release it, I might package the FlagDom mod itself along with the map, in case whoever downloads the map doesn't already have it.
"I am the Alpha and the Omega." ~Xan Kriegor
Top

How did you path the elevator?
-=: http://jokercologne.deviantart.com/ :=-

I placed a LiftCenter in the center of the elevator (which is an ElevatorMover), and two LiftExits near it. The LiftCenter and LiftExits all have the same LiftTag, and the LiftTag is the Tag for each mover. So, I want to fix this issue, where bots don't go up to the sniper ledges, but I don't know what I did wrong.
"I am the Alpha and the Omega." ~Xan Kriegor
Top

Koolflux wrote: ↑
Sat Nov 16, 2019 11:30 pm
It surprised me that Flag Domination is not that well-known compared to other mods.

You want a little known Mod?

Two biggies, as in you'd think more would know about them but don't, are UTtron & Thievery.
http://unreal-games.livejournal.com/

Two biggies, as in you'd think more would know about them but don't, are UTtron & Thievery.

Those actually sound like great mods. I might try those mods out sometime.
"I am the Alpha and the Omega." ~Xan Kriegor
Top
Post Reply
15 posts • Page 1 of 1