Tutorials and discussions about Mapping - Introduce your own ones!
56 posts

Trying to perfect someone else's vision for a CTF map when I never play CTF is unfortunate. If it was an SP or MH or even DM, then I would mess with it.

I'm not so convinced about this thing On-Line...
I think I explained already X times what is Net-Play and bStasis thing and... number of network channels between a server and client.
Top

Oh I see, MH if it had to show pawns in real time, or each time. every time.

But I do see working warpzones online, in DM
Binary Space Partitioning
Top

bStasis prevents Monster to animate if it's not directly visible, engine rule not my rule - doesn't matter game-type. Player is player and monster is monster they are not updated in the same way. Else UnrealEngine 1 it's not for maps going over 1024 channels, simple as that.
In mean-time any admin with knowledge can do some analysis at those super duper relevance things and let me know how well goes with a monster behind a glass patrolling and not directly visible - ON-LINE... Dream on, guys... Let me see, I could see monster skating/sliding and NOT exactly animating at a moment, because network codes are preventing a charge when this is considered not needed.
I played CTF-300k map I-C-U with monsters... lol UT warps...
Top

Like I said already, A Mover is supporting paths over it but final test must be done AFTER a REBUILD of geometry without touching PATHS or else game gets stuck. Do I need to repeat the same stages all time ?
1) Mover - Show POLYS
2) Build Paths
3) Open build menu - uncheck paths box
4) Re-Build map Without paths - a MUST, it's not optional. You should not try to play map without this step.
And no, I'm not rebuilding a map using all stages in the same time - to me that's not a good practice.

Note: If XC assets are doing a funky reaction of DevPath over a mover moved away, that's not my problem - old maps were working perfectly in plain DevPath.
Last edited by sektor2111 on Thu Jun 25, 2020 8:24 pm, edited 1 time in total.
Top

Feels like a feature, more than just making some assets or actors, etc etc. This is like a built-in really good "build" feature, all just by a few mouse clicks.

I need to be honest here toward "click" chapter... When I worked at paths doing more manual handling I had to click mouse a lot... at a moment I was thinking that my finger will get stuck and I changed finger, then I left the table for a coffee, LOL clicks... then I continued the work... Even with all tools around very handy, sometimes I need a bit of rest...
Top

Is anyone still working on this? 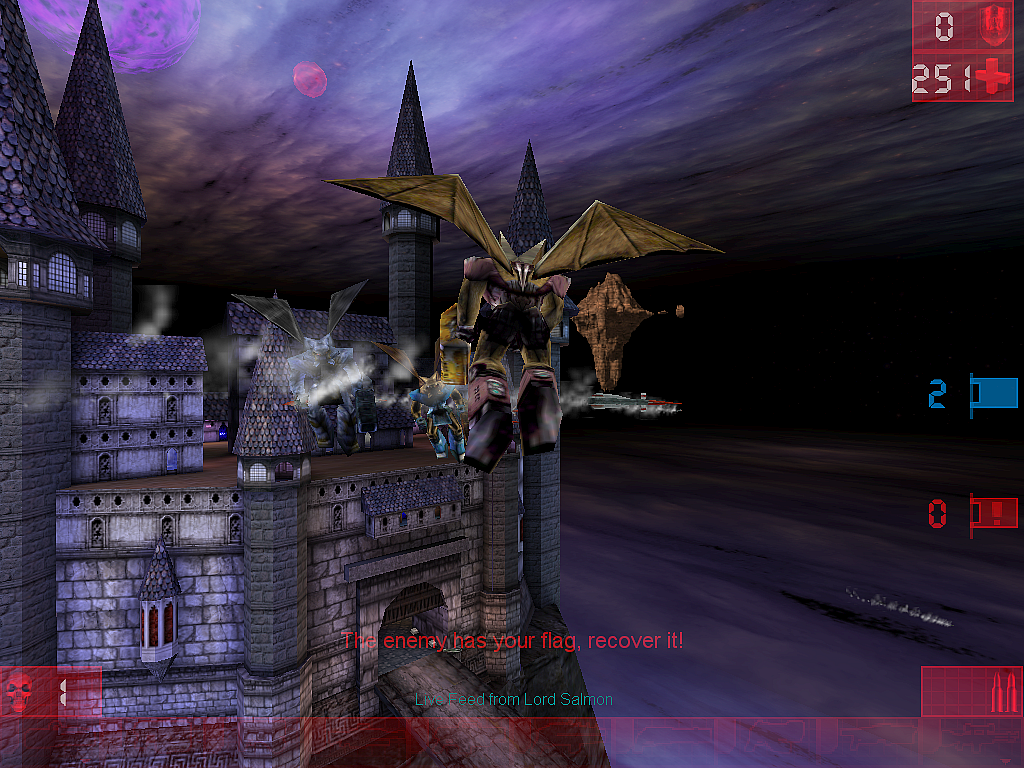 You can get a small new habit in opening a map in Editor first and do a minimal check, you'll understand why are not many candidates to mess with some of these UNR files (aka UT maps). One thing solved is damaging another one elsewhere or... many others. Instead of wasting a lot of time to fix miss-aligned things I'd rather prefer to fix others with small bugs or... making my own cubes.
Top
56 posts