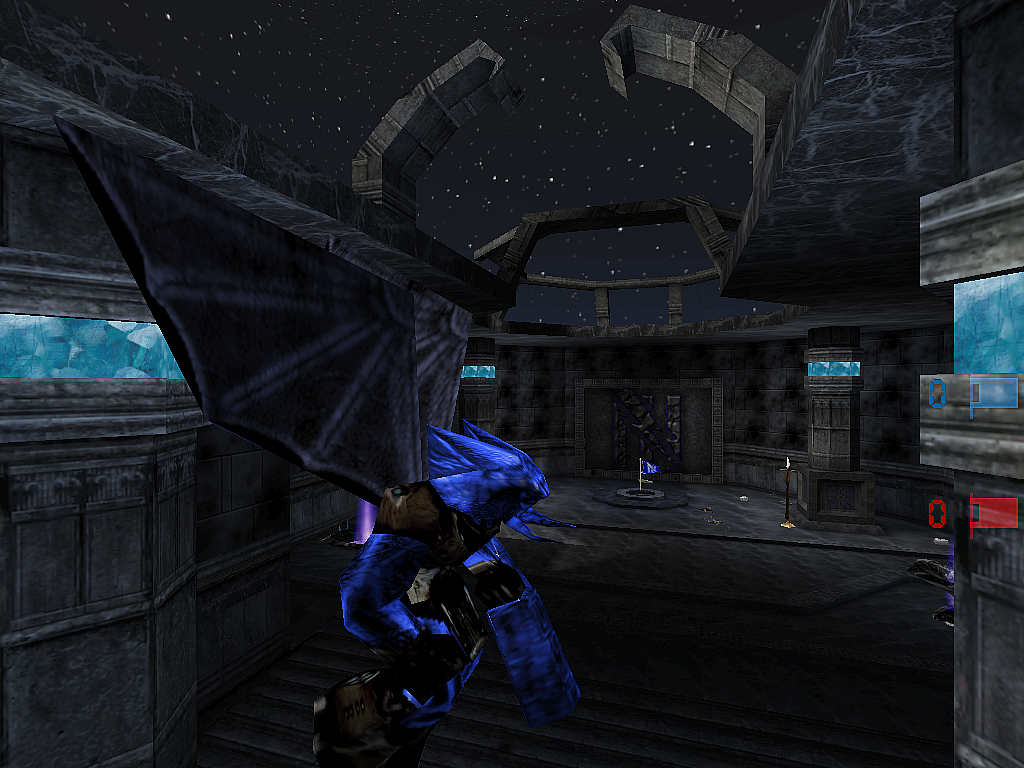 It was a first map for him and it's amazing, plus ginomorous. I've enjoyed playing the map over the years since he made it but fairly recently I got on him about improving the bot pathing. He gave it a go and told me there wasn't much more he could do with it... so I got his permission to work on it some and eventually got Nelsona to take a look at the pathing.

What we have here is a multi-level map, really only seems like 2 levels but there's some points in-between, with exceptionally styled teleports and beyond that the map is beautiful. Weapons are well balanced throughout, there's some nice jump-pads on either side of the middle area, and I can never get enough of this place. 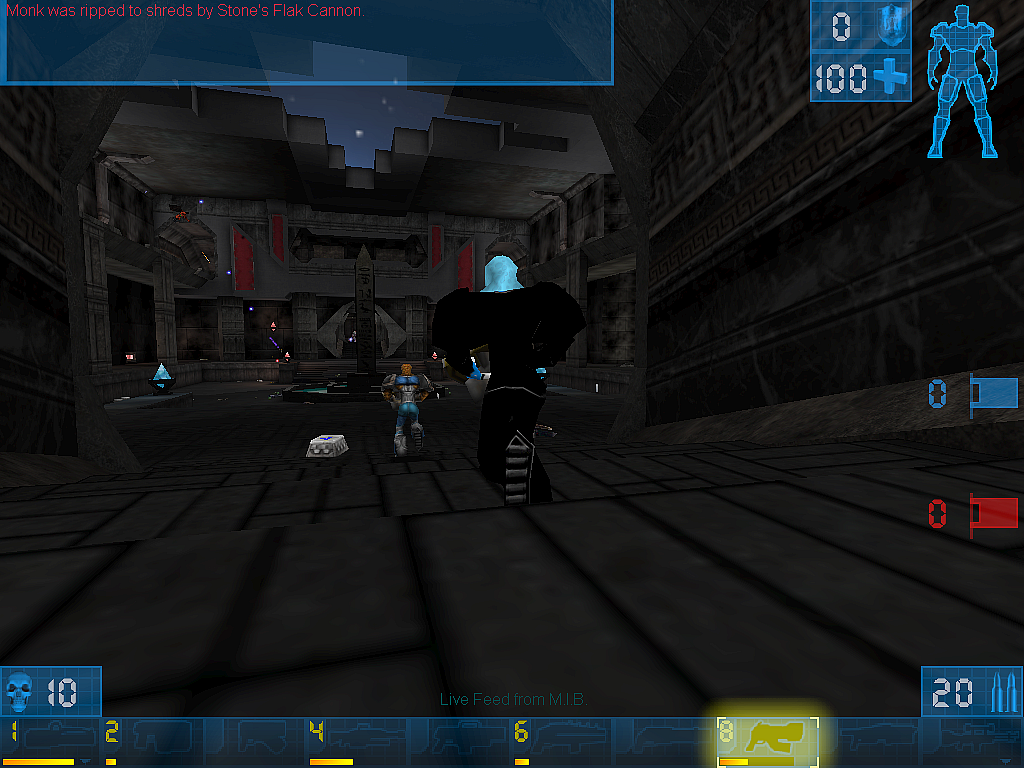 Before Nelsona fixed the pathing, Titans stayed in the hall they start in and Warlords stuck to the main middle area. Both now wander a bit out of their areas, I was tempted to enlarge the Titans so they couldn't fit through the doorways but that caused other issues I figured weren't worth the bother. Overall, things balance out as well as they can.

I added a redeemer to each flag room, just behind the flag. While I put them in there to better combat the other team's Titan, given the size of the map I suppose that would work out well for SLV/RX players. The map certainly is large enough for that kinda action, although they'd need to make a REALLY sharp turn after they picked up the flag.

Removed the statues as they really didn't match the decor. 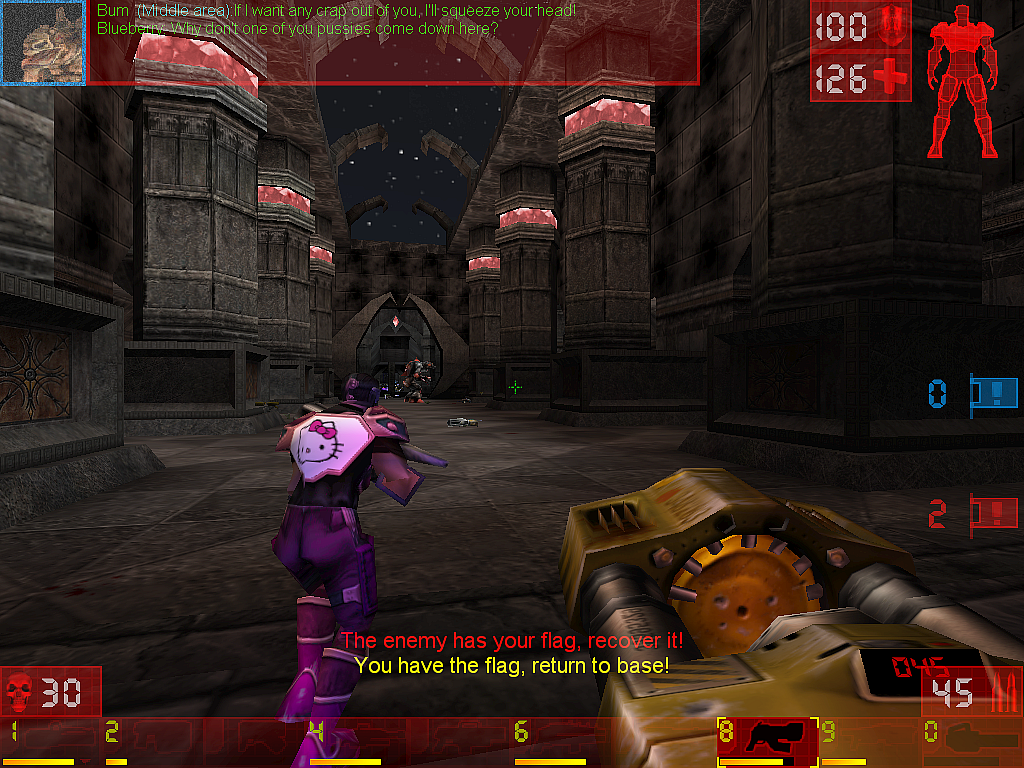 Snipers would love this map, although it's a little too big for them to be able to shoot all the way across (unless you've got some amazing sniper mutator) but as you can see from one base into another that presents some possibilities. Frankly, I carefully aim redeemers to shoot across when the other team has my flag. Provided it doesn't hit a Warlord or something along the way, that usually works out well... though it takes awhile to get over there.