For those that didn't play Unreal2, the Drakk are a techno-organic species that incoporate other species into their technology. Unlike the Borg assimilation process, Drakk tear other species to pieces and put them back together in whatever manner they find useful. So, given the background story on the original HallOfGiants map was that it was a Skaarj structure Liandri took over for the games, who's to say the Drakk didn't find something similar? 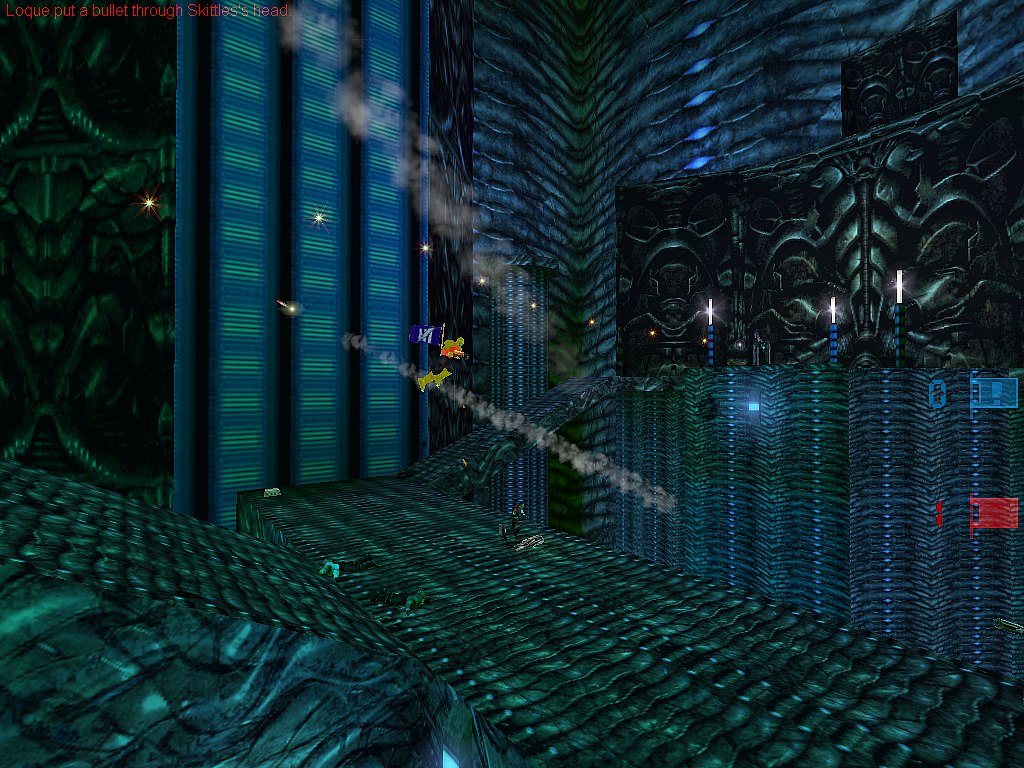 I got the textures for this map from here: https://unrealarchive.org/maps/unreal-t ... c5d42.html. That map was an edit of an old Skaarj-themed map just as I did here, so it seemed appropriate. I've debated making a .utx for others to access them, but some of the textures are 512x512 and require resizing for specific usage.

Pretty sure I covered everything, literally and figuratively, but it's likely I missed something somewhere.

This is an edit of the original CTF-HallOfGiants map, so the only really high playable area is that one in the middle. Though there's still plenty of room with all that open space up there for SLV/RX action... though the only redeemer on the map is on that center raised bridge... not to mention the flags are not in an ideal spot for someone to swoop down, scoop them up, and pull up in time to avoid crashing.

I've incorporated the ut2k4 cannons, 1 to each base (originally had 2 but it turns out they will shoot each other too) with Skaarj Queen projectiles; kinda close in appearance to Drakk weapon-fire. 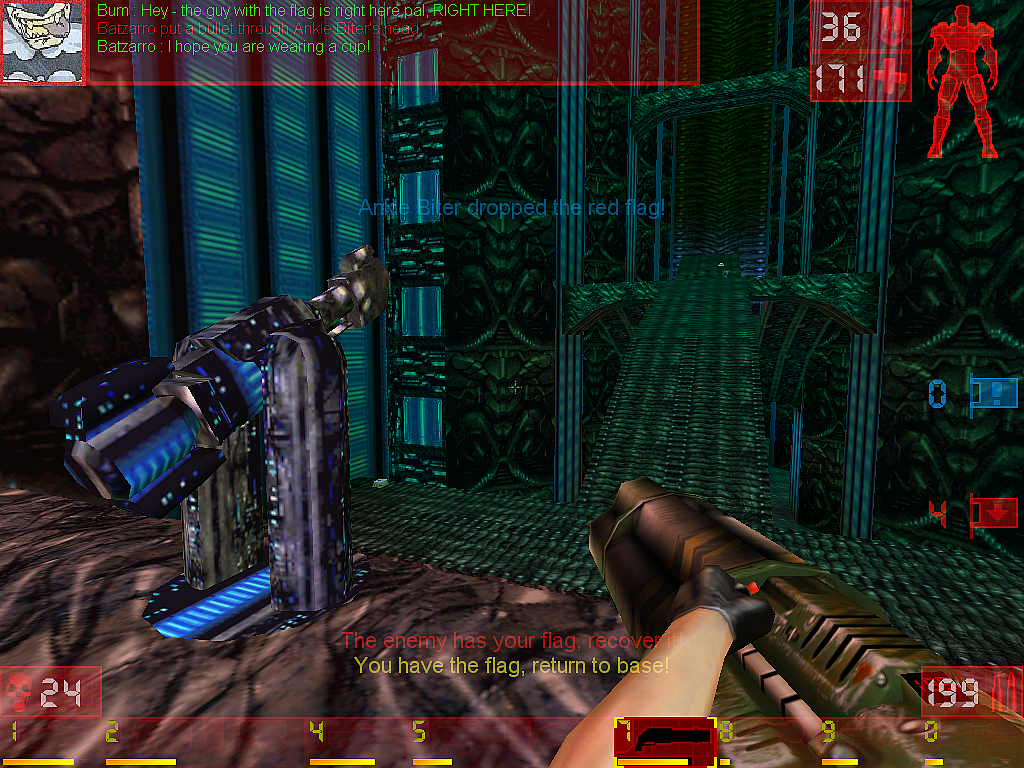 Skinned them with Drakk textures.

As most know, HallOfGiants is my favorite map, and 1 thing I loved from the ut2004 versions was that the inside of the tubes were team colored... so I edited them up that way here too.

I was originally going to place experiment pods all over the map, with various monsters and other things inside, similar to how they were on the map I got the Drakk textures from... but decided not to. Although, I may edit this again for Deathmatch or Domination... so I can revisit the idea then if I choose to.