Since I used the Bat-Wings in an edit, I've gotten some requests for more... so I've been looking. I've seen this map with both RX and Qjets, seemed fairly ideal: 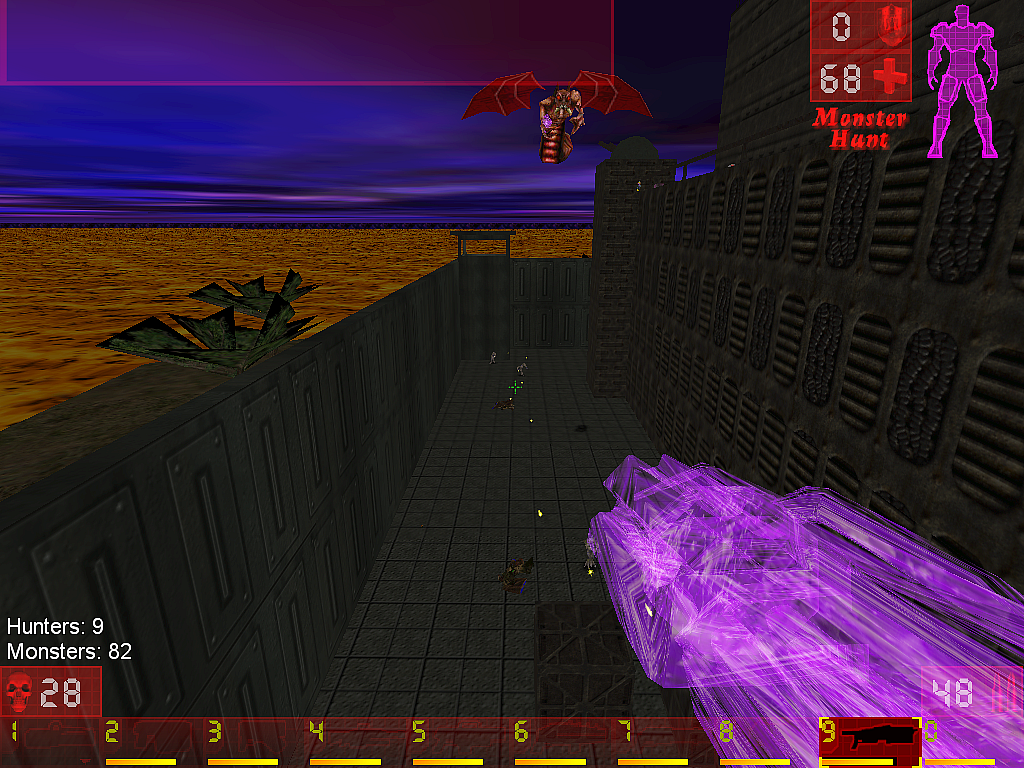 Starting area is on a small floating island, with all the weapons needed and eggs, the monsters are on a much larger floating island. You fly over and fight your way into the structure, kill a large titan with a lot of health (though I lowered that significantly from what it was), get back outside, fly down and around to the underside of the island to enter a hangar where the final boss/queen is, and that's about it.

Nelsona pathed it so bots can fly from the starting area to where the monsters are, without needing to follow anyone. I switched around some of the monsters, as there was unnecessary repeating all over the place... and it didn't seem right to have Warlords inside when there's all that open sky to be flying in. 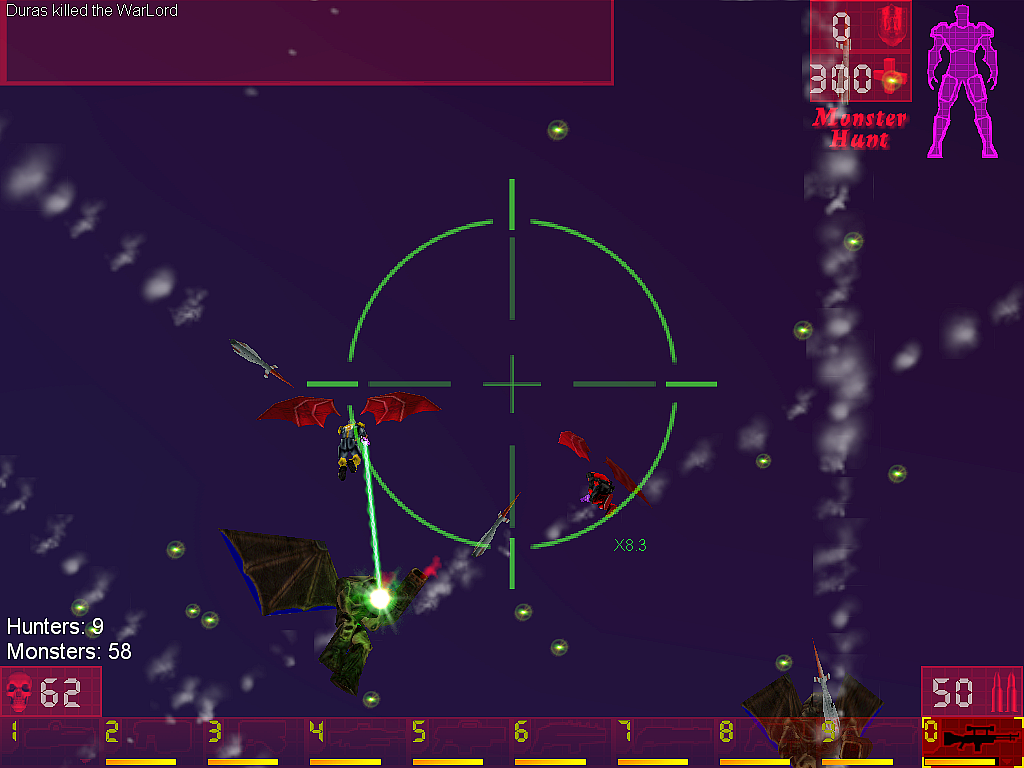 There's 1 room in the base that's essentially setup for BunnyTrack, to get access to the Creepinator... a QuadShot with rockets.

I may do an update to this later, with weapon swaps and different monsters. Also to replace the generic cannons around the base with ones that actually shoot at players.