Tutorials and discussions about Mapping - Introduce your own ones!
54 posts

Dr.Flay wrote: ↑
Mon Feb 08, 2021 2:07 am
If using ready made decos is not part of the restriction there are already a variety of decent trees available (even ones that shake when hit).
My tip for trees is do them in 2 parts even if they are decos. You want the trunk to block bullets but not the leaves.
BSP trunk and deco canopy is also a good option.

As noted you are going to have to modify the map name to avoid clashing with files on existing servers.
Never use basic names for maps, textures or music files with Unreal/UT or you will clash with the many existing maps that have used the same names for the resources (snow.utx is a good bad example).
Add a project or author prefix/suffix to the name is generally the best idea.

If the OP decides to make their own tree models for the map, it'd look really nice if the leaves part of the model were 2 or 3 layers of shells with a masked leaves texture, kinda like this: 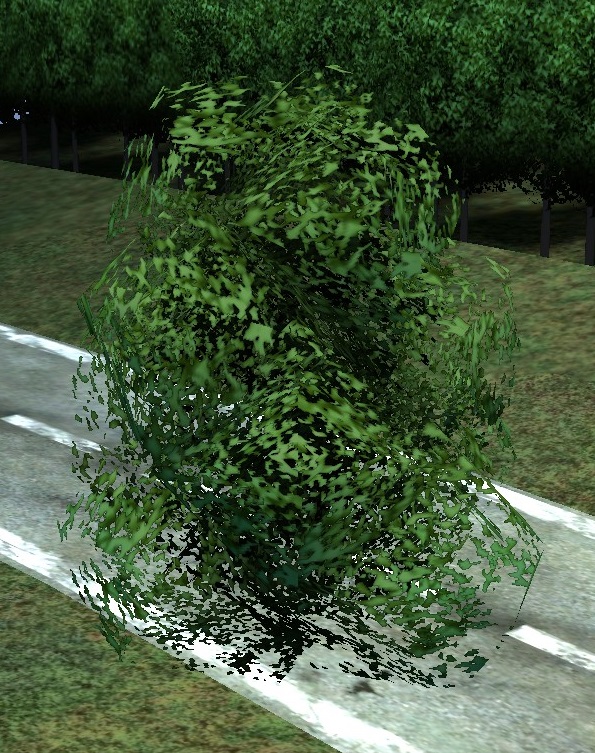 What about a dynamic tree class in UnrealScript, with a "leaf ball" model like that and multiple ways to "branch" from another branch or the trunk?

That'd be cool!... but I should probably try that myself rather than bug some random map thread about it. I like the idea, though, so I couldn't help but blurt it out lol

Memory is a tricky thing.

Reason I thought he'd released this map is I was thinking of a similar one, which I just found while looking for potential XV edits... looking at it now, the resemblance is basic at most, and clearly not exact.

DM-!!{DMF}BigNeighborhoodRemix
You do not have the required permissions to view the files attached to this post.
http://unreal-games.livejournal.com/

i have made a map called new neighbourhood its basically a big neighbourhood looky likey if you want it to try the xv in its not brilliant but you can take a look at it maybe you could make it better
You do not have the required permissions to view the files attached to this post.

sXs-sketchpad wrote: ↑
Sun Mar 27, 2022 12:27 am
i have made a map called new neighbourhood its basically a big neighbourhood looky likey if you want it to try the xv in its not brilliant but you can take a look at it maybe you could make it better

Really nice map - great design and layout, has the look and feel of a new and not yet completed residential area/neighbourhood. Good for sniping and relatively easy to move around.

A few comments
Spoiler
Show
1 Perhaps needs a bit more cover in the gardens/open areas - some plants/trees/hedges/other stuff - both from design and gameplay viewpoints
2 The skybox is a bit basic - perhaps not that important in a sniper map?
3 A little more ambient sound would add to the atmosphere - again perhaps not that important in this type of map?
4 Some of the teleporters are invisible in-game - not sure if this is intentional?
5 Curious about the purpose of PatrolPoints in an unpathed map - also about the purpose of the SpawnPoints?
Top

thanks for the feedback im not sure why i put patrol points in there i didnt even think about ambient sounds to be honest.

some of the maps im doing i alway seem to get so far then run out of ideas so i just make it look like its a building site or a shop not open yet
i did another map called retro gamer with loads of game textures in it but then i put boxes and tools and wood to make it look like it was still being built.

but as i say thank you for the feedback

Alright, here goes the first beta of the map. I renamed the map to American Suburbs, as I think that accurately describes the map and isn't as hard to remember as cul-de-sac. It should be pretty complete and the bots are pretty competent on the map. I don't think there are any major BSP errors, but feel free to point any out and I'll see what I can do. There's a day and night version and I plan on making CTF and DOM versions of both as well, but I want to figure out how to make the bots not go in the same straight line to a flag every time, for instance. I know there are alternatePath nodes, but I need to figure out how those work first.

A ton of work went into this map, and it's been almost 3 years since I started it. There's been some long pauses inbetween, but it's very close to done now. Hope you enjoy! 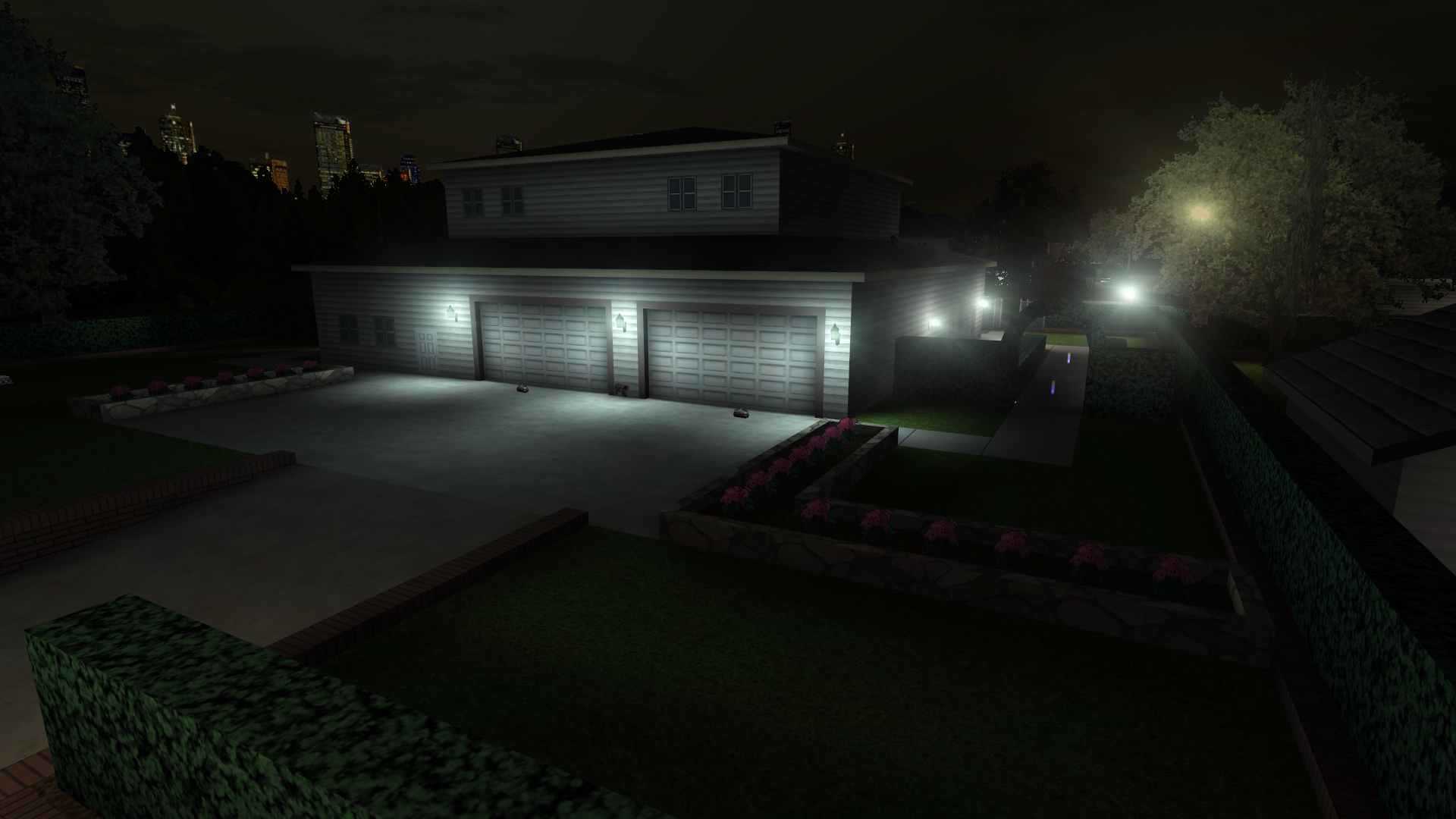 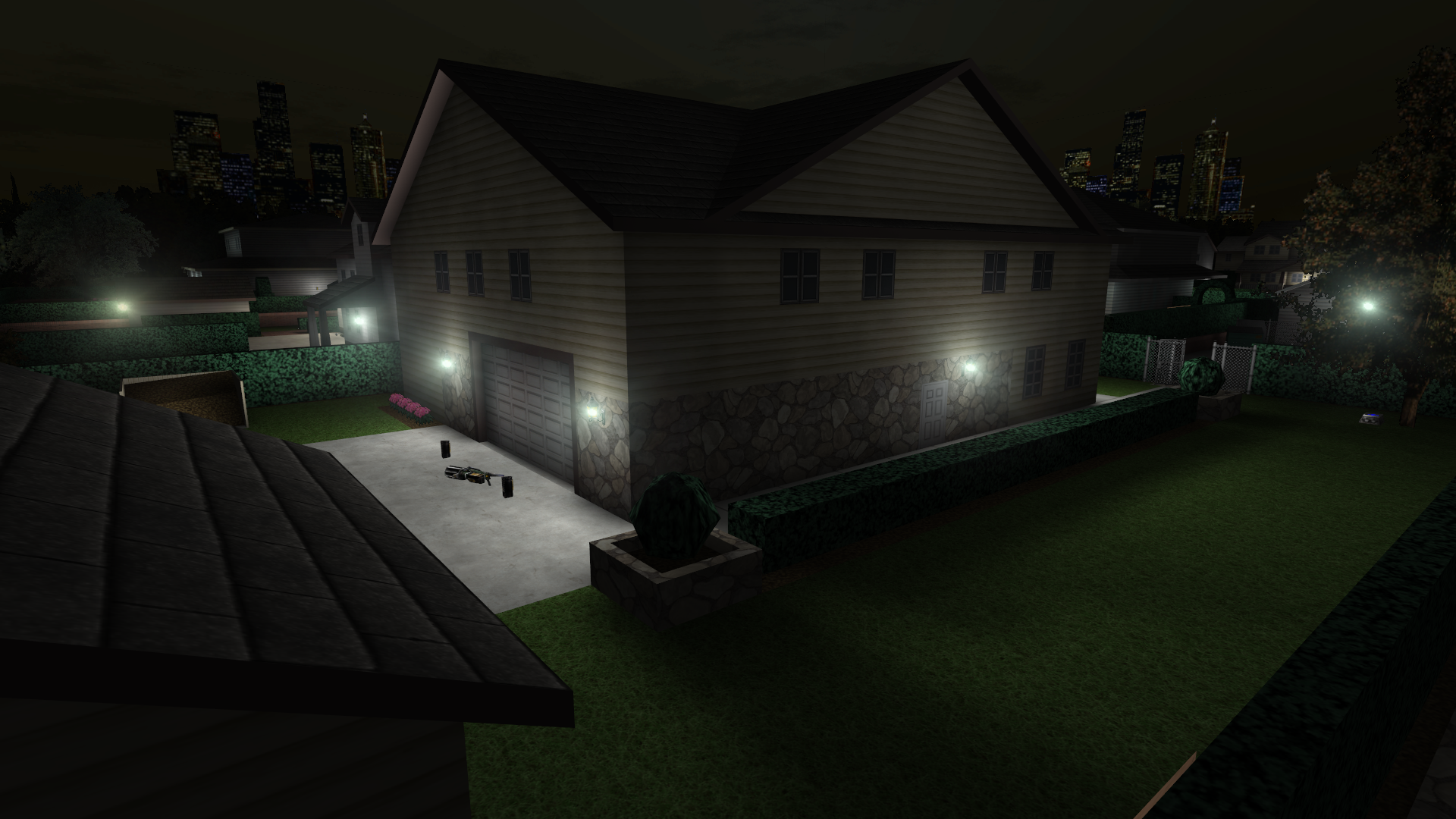 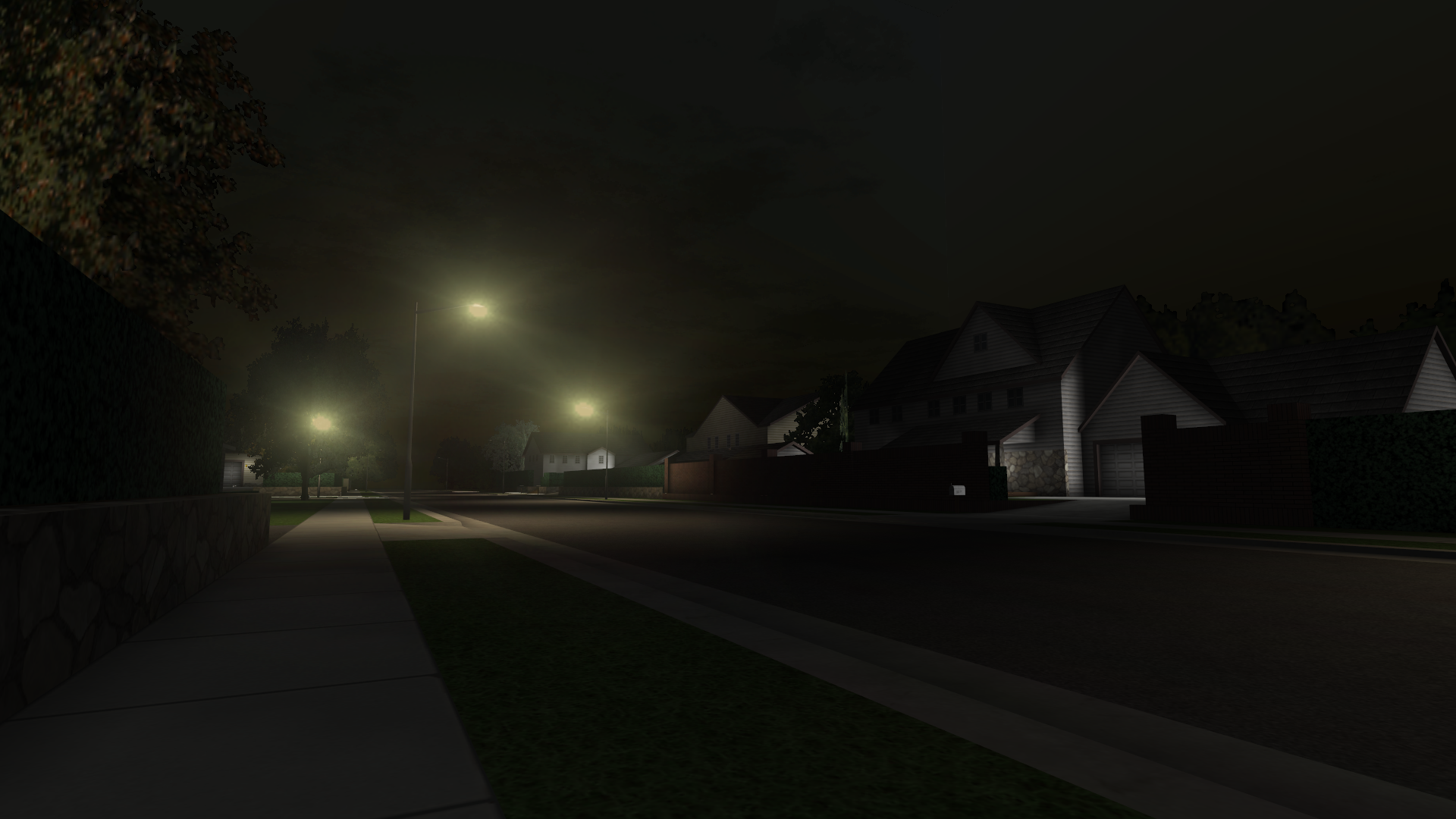 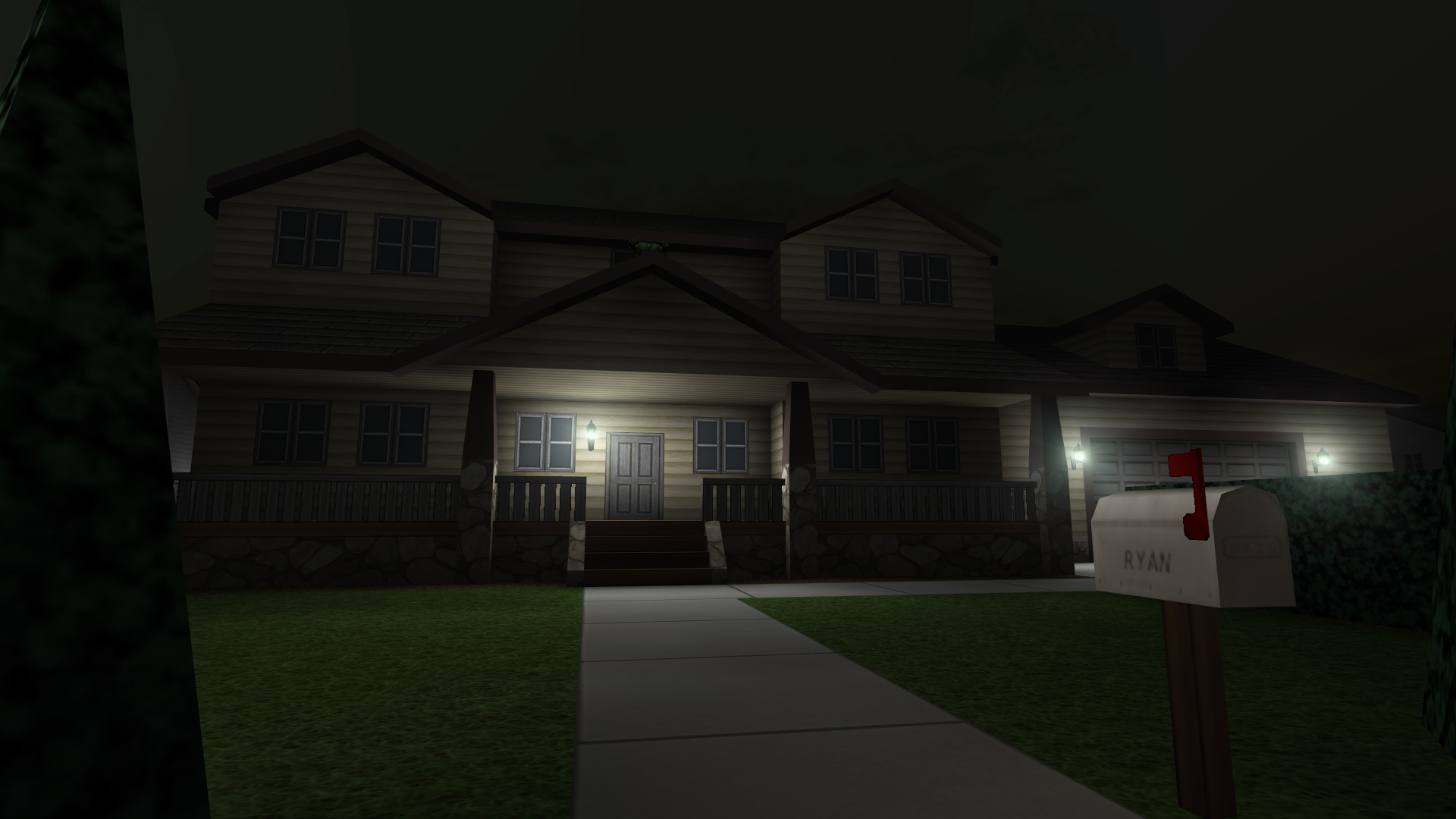 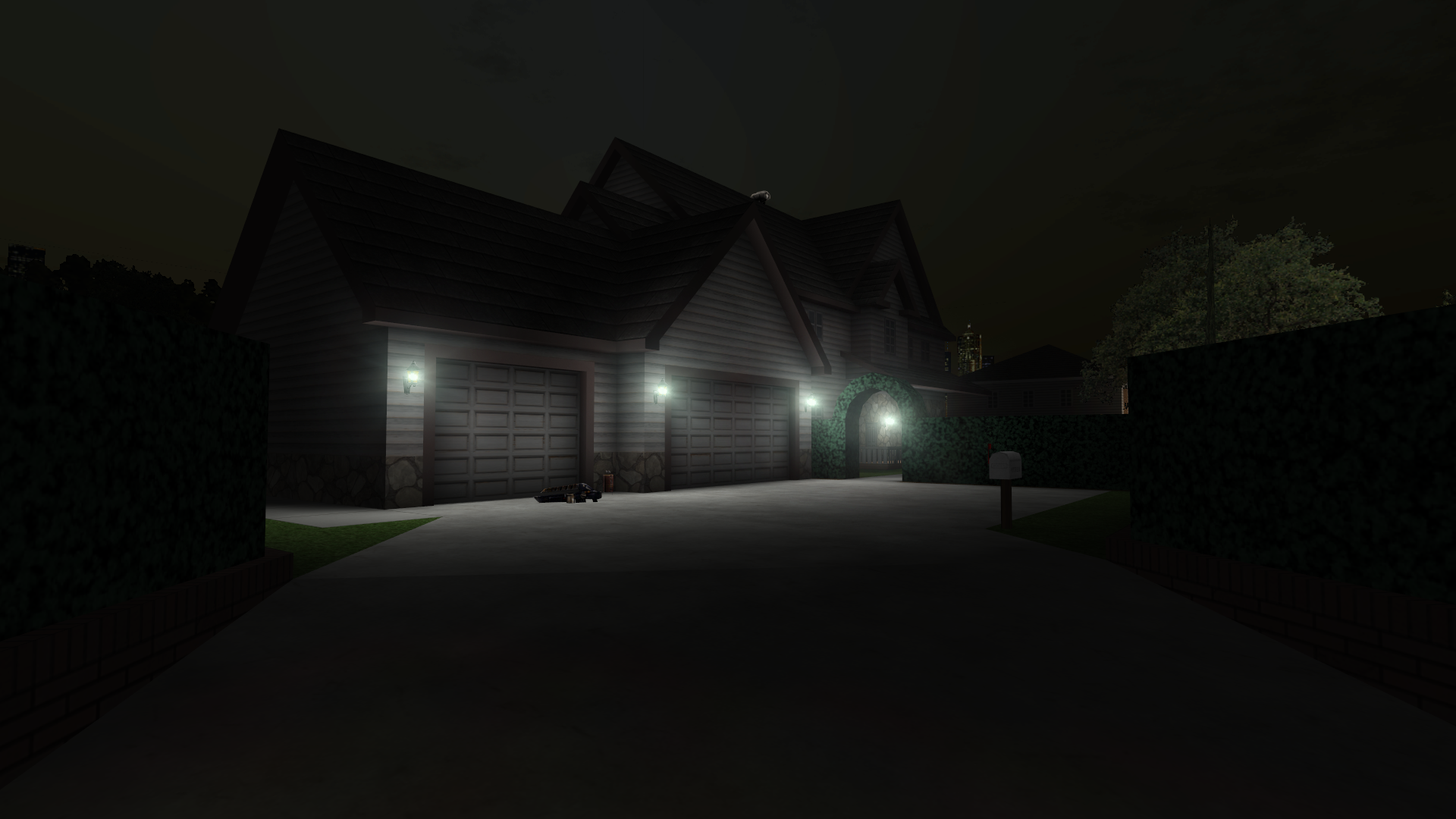 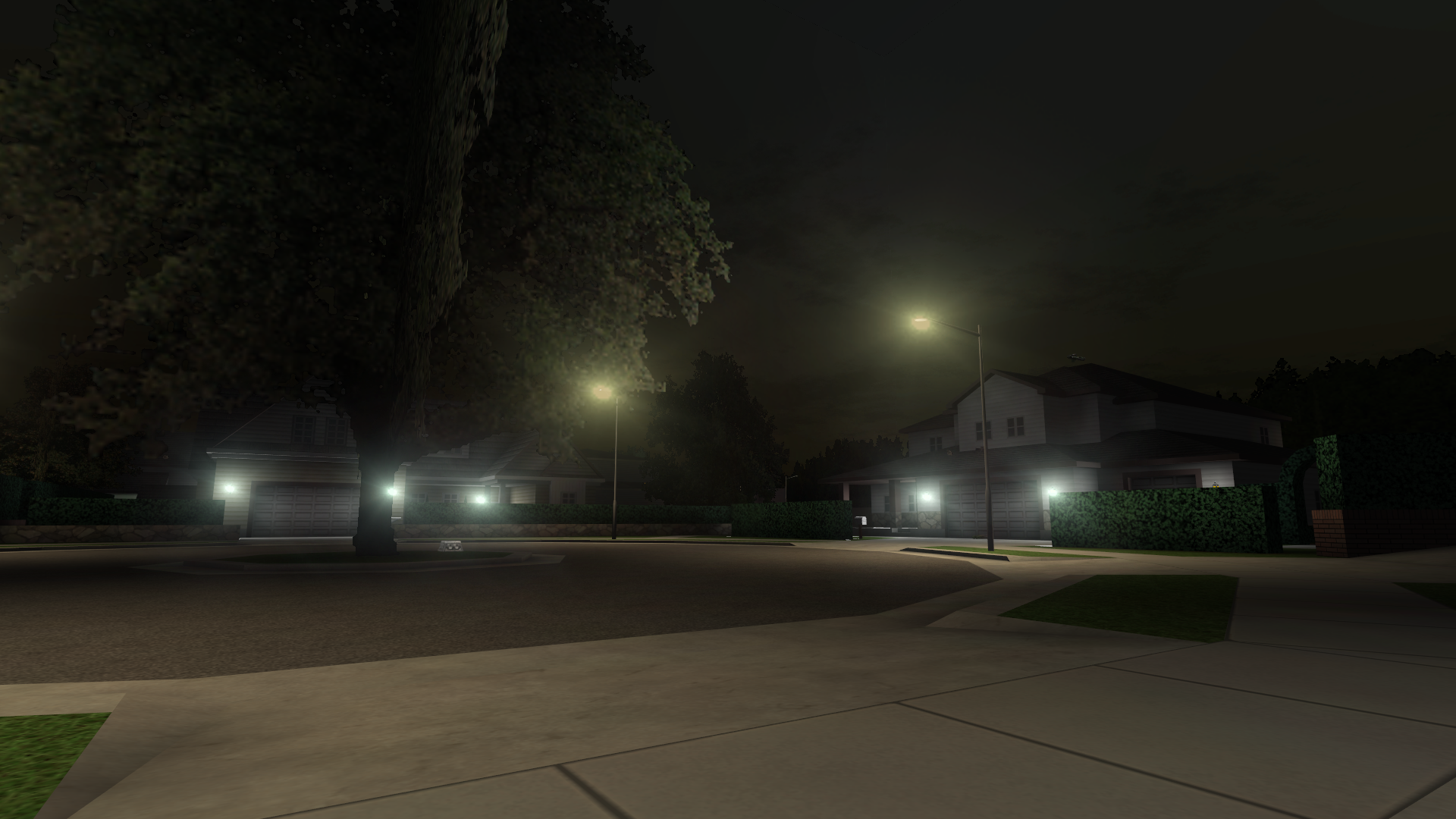 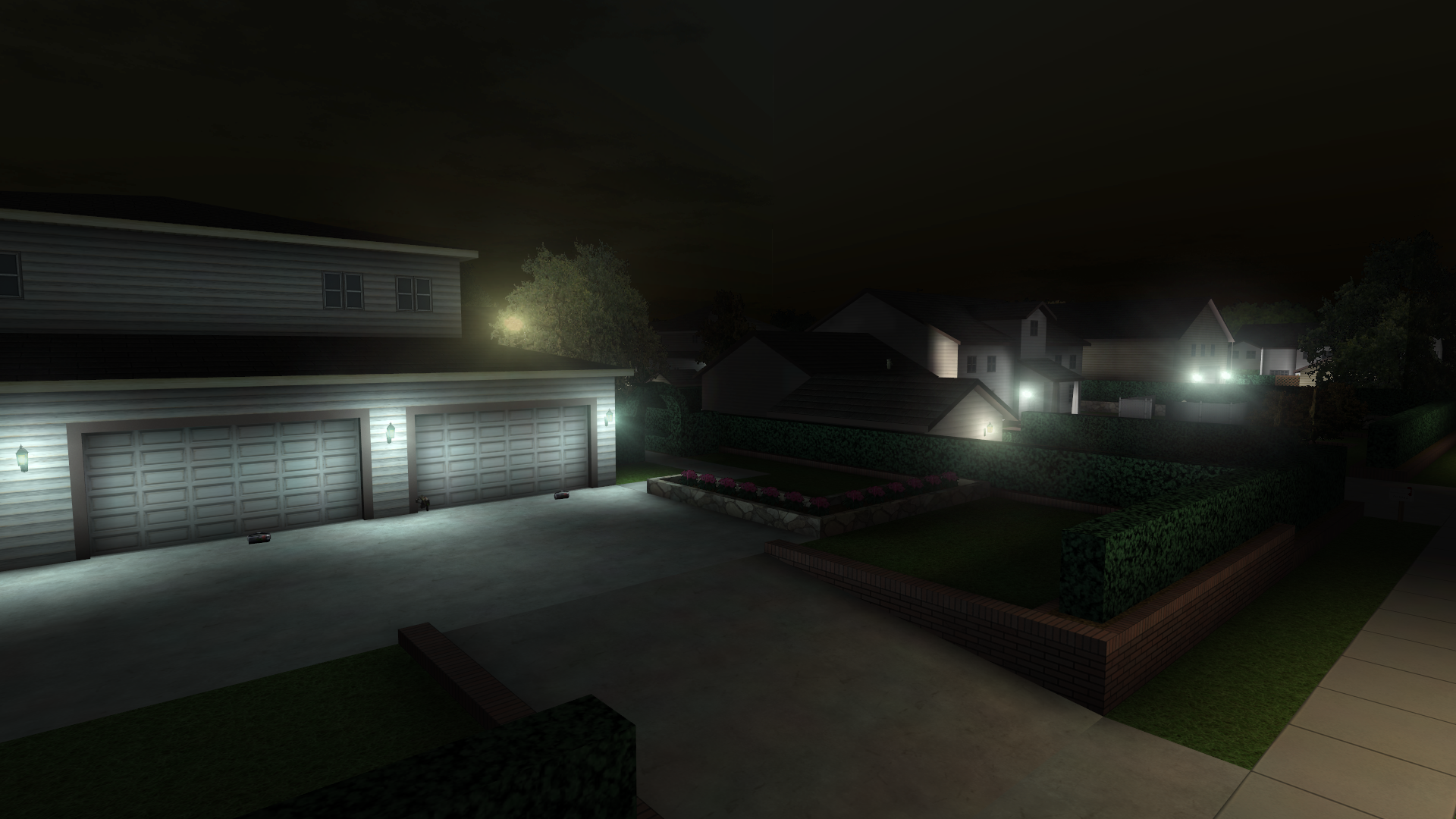 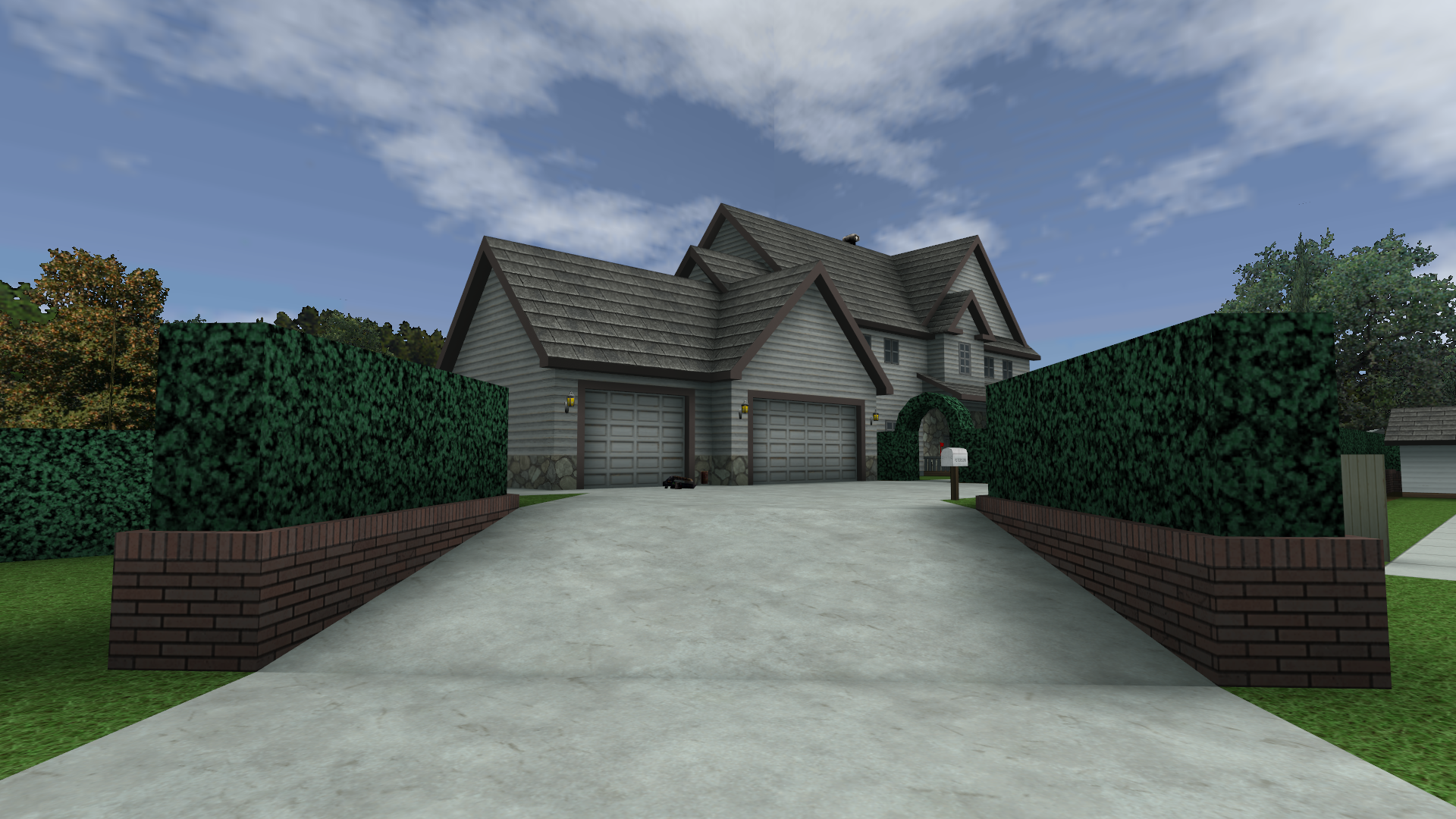 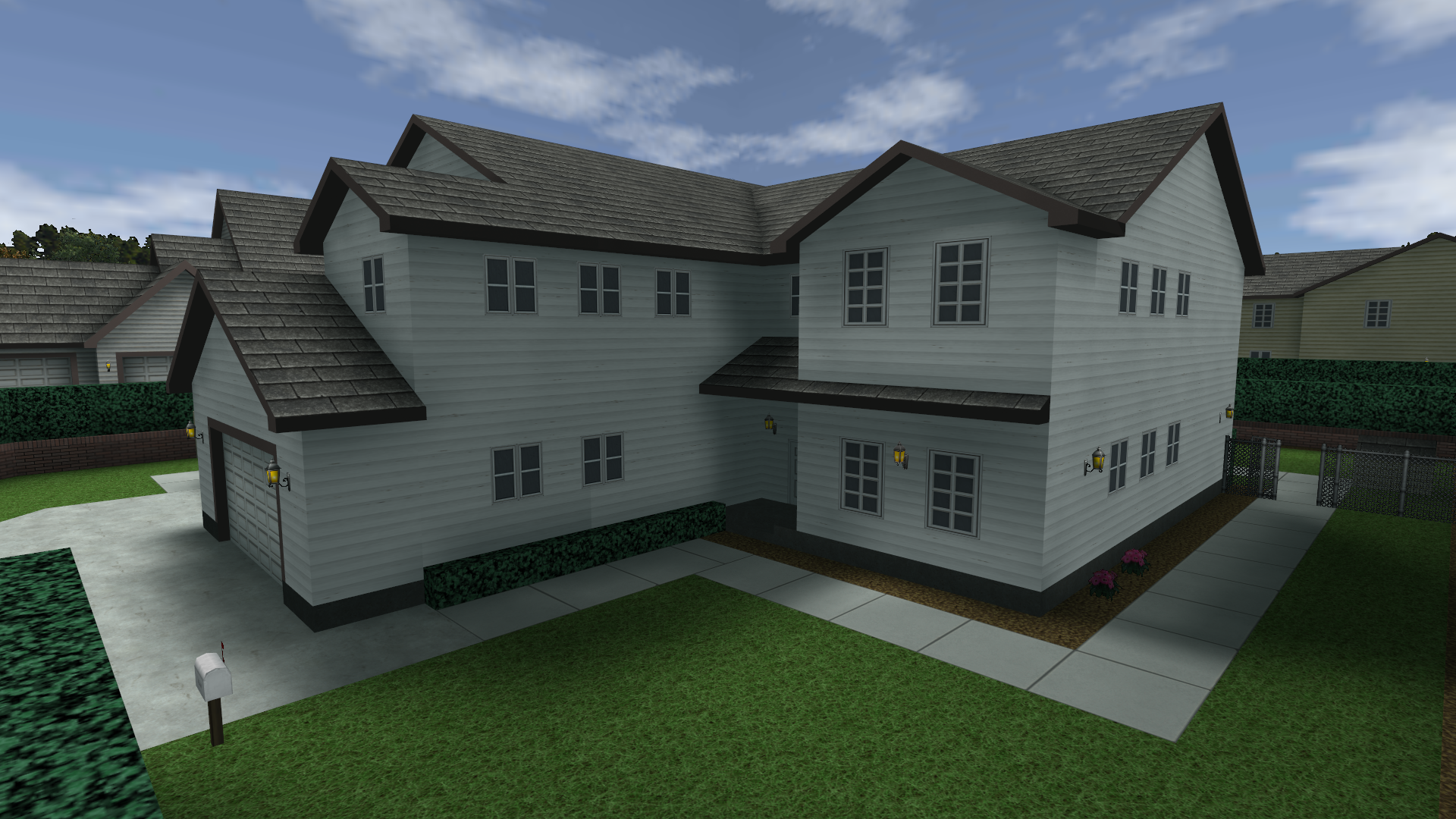 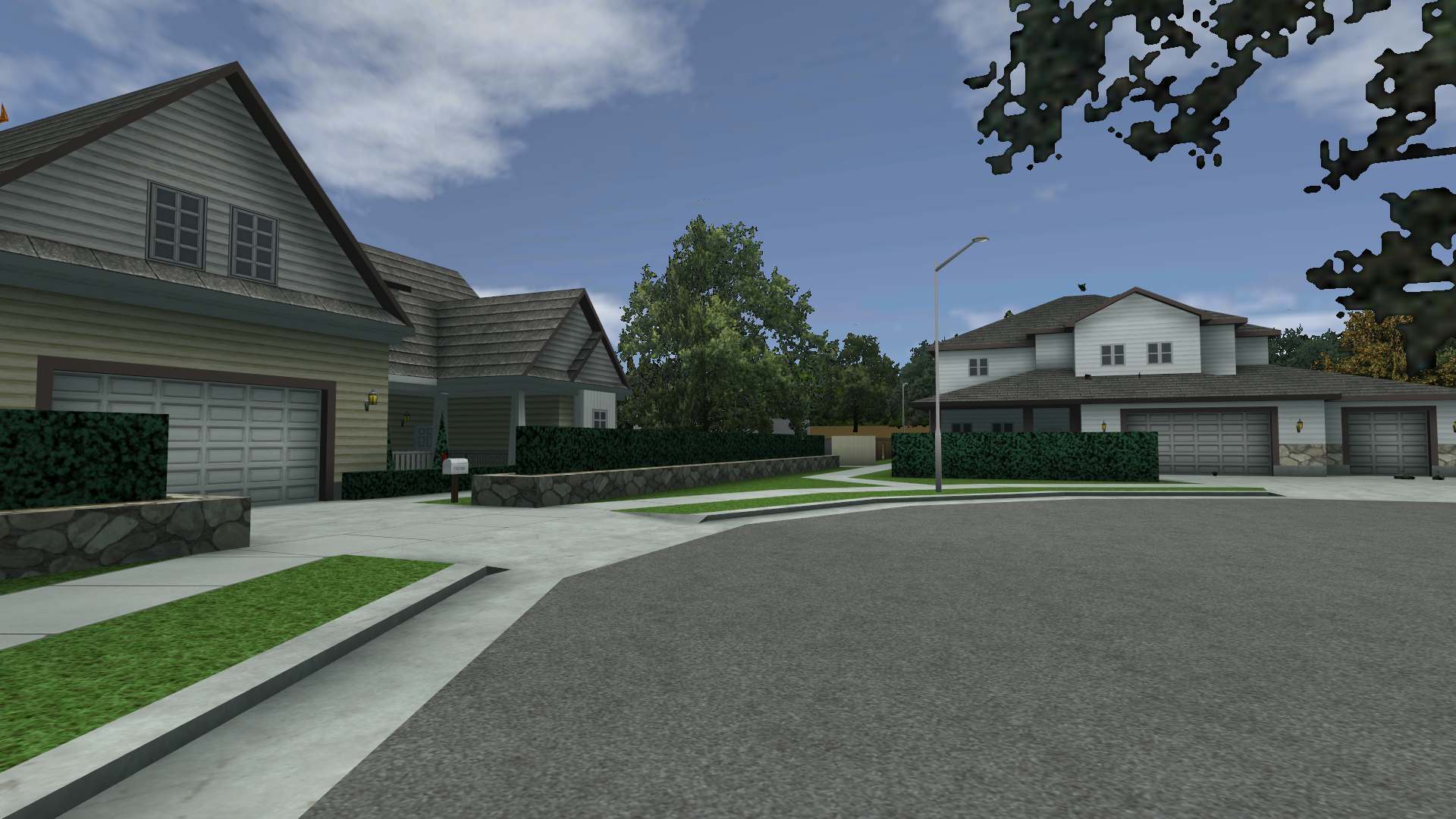 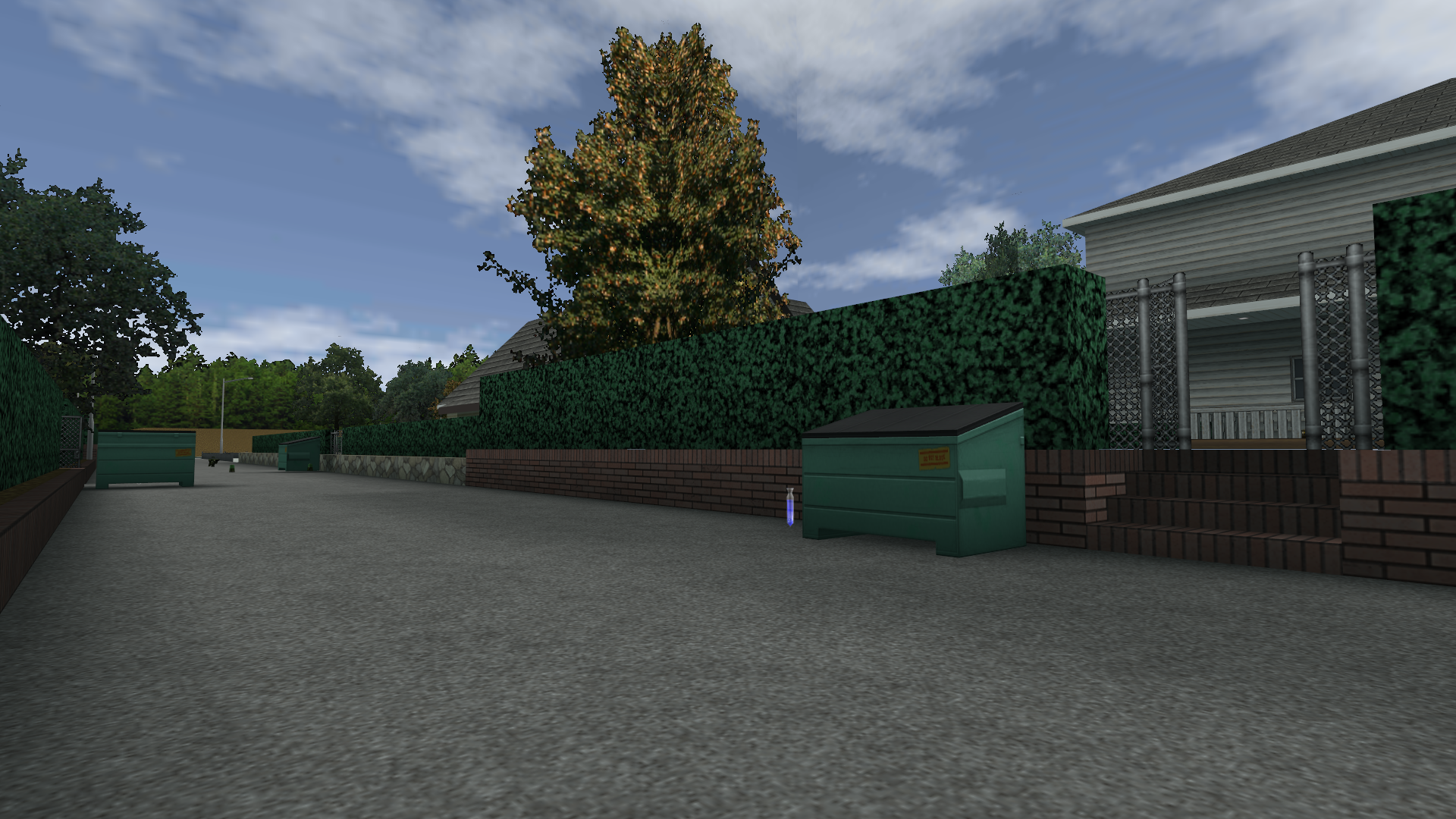 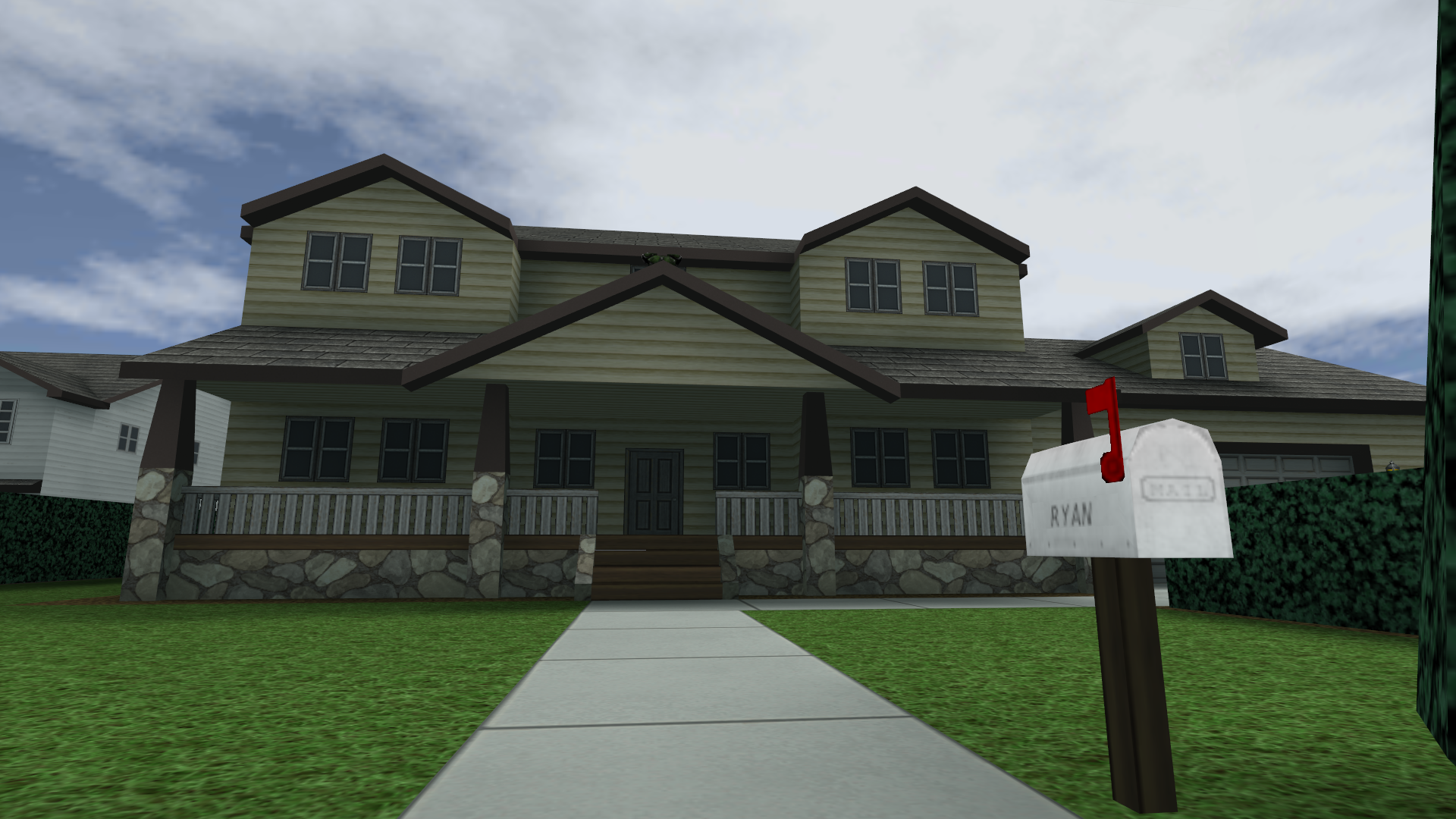 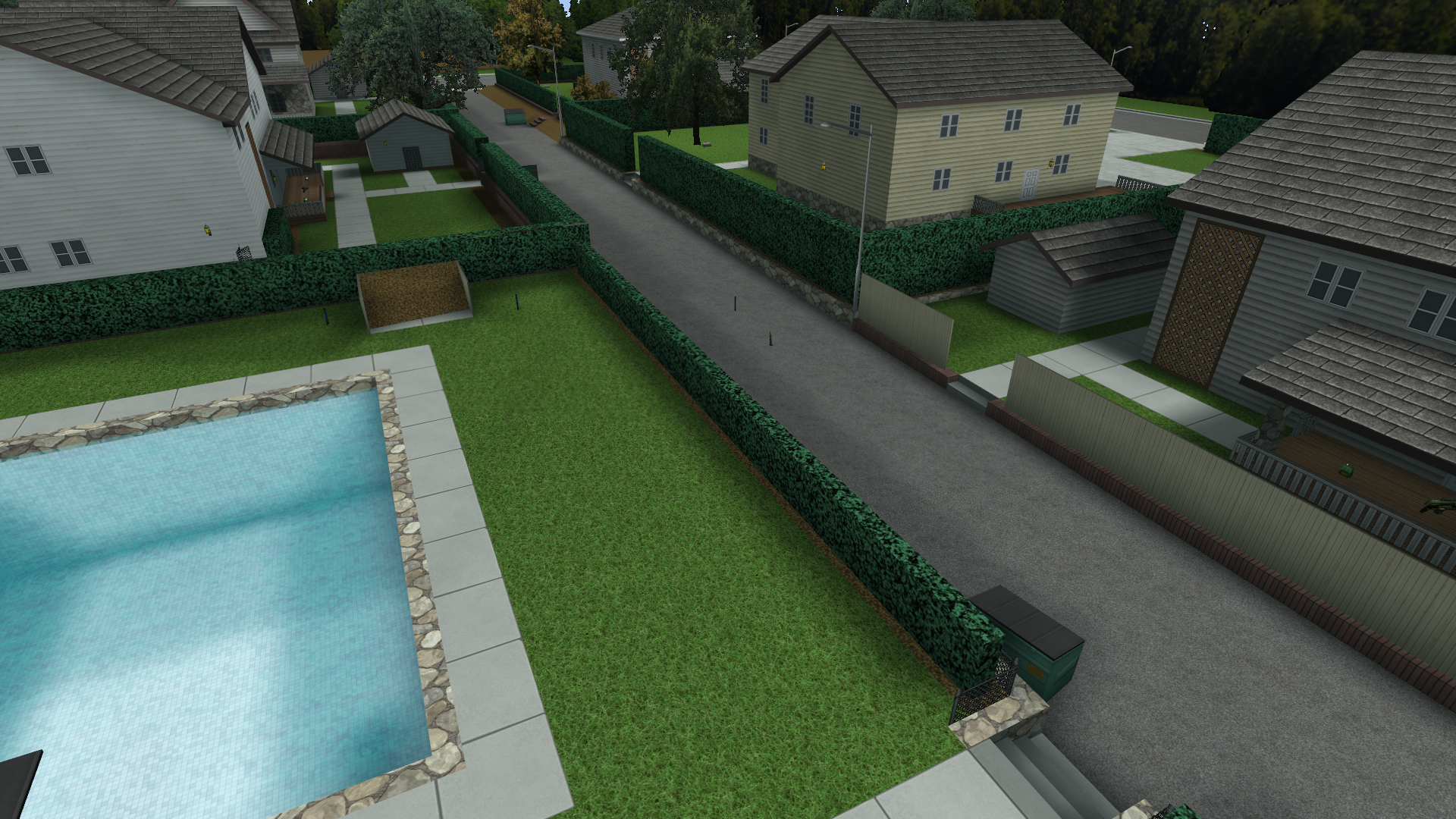 You do not have the required permissions to view the files attached to this post.
DM-AC20-CorporateOffice
DM-FreewayTunnel
DM-INF-CQBTrainingCompound
Top

Yes, a very impressive map - well executed, great atmosphere - one of the best 'Real World' maps I have seen

Some of the 'goodies' like the redeemer and invisibility are inaccessible to bots but perhaps this is by design?
Top

I love the lighting on both previews ...but I like the night version a little bit more already.
I'll have to test play it.
-=: http://jokercologne.deviantart.com/ :=-

I decided to try out both versions of the map, and I'm really loving it. It's giving me the same vibes as DM-TigerHunt][ back when I first played that map. I have some suggestions:

The lens flare sprites on the streetlamps are a bit distracting on the night version of the map. I'd tone them down a bit by making the sprites smaller, maybe.

I think it'd be a good idea to have some hill cards in the skybox, so that the horizon doesn't look weirdly empty when you look at it down one of the streets. Here's a quick mockup I made: 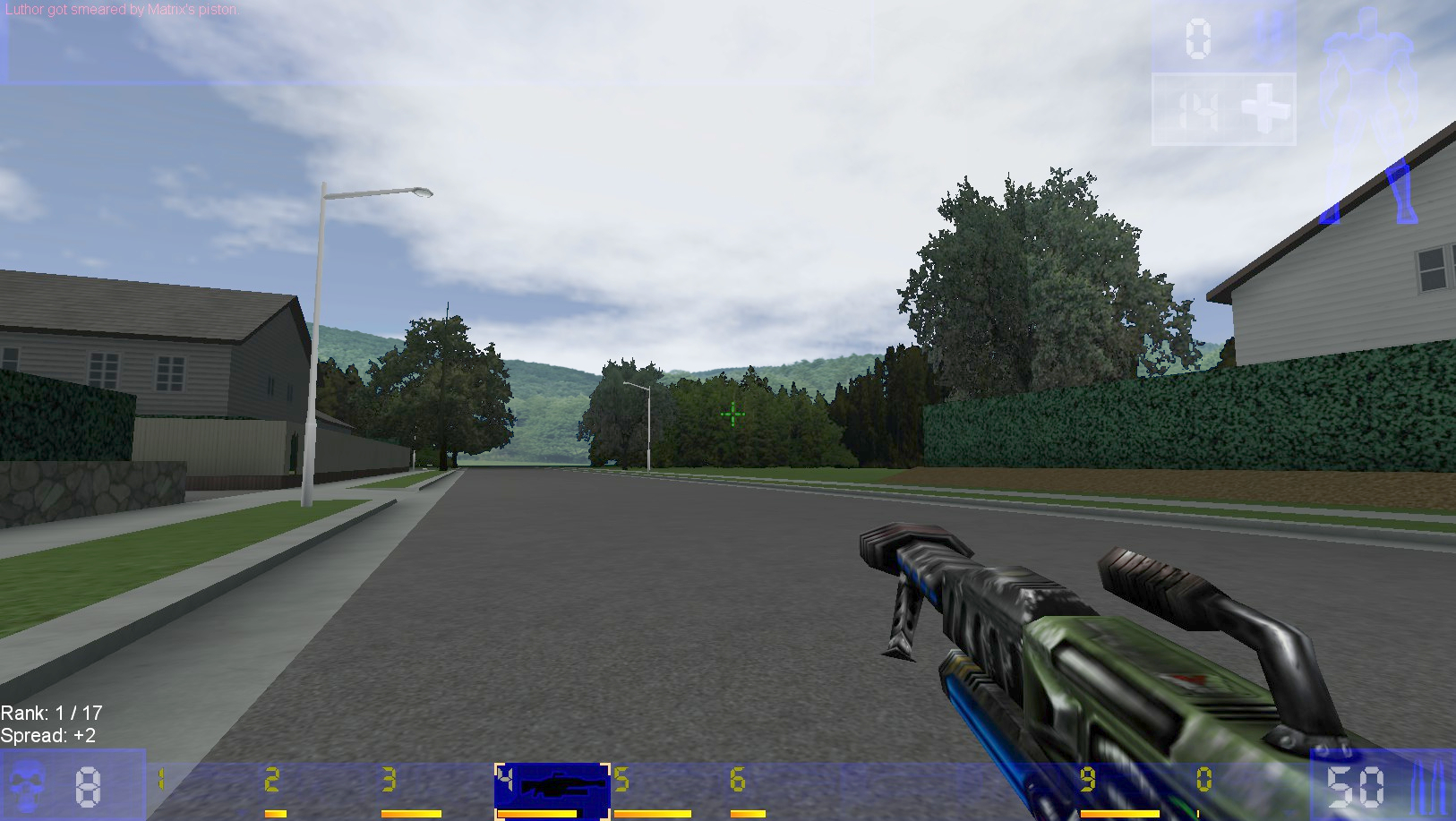 Lastly, I don't know if you'd want to bother with this since I'd imagine it would be a shit ton of work and probably mess with the gameplay flow you already have set up with this map, but I think it'd be fun if some of the houses had interiors. You could have more areas to explore besides the streets and backyards, and they would work well enough as partial interiors with certain rooms and floors blocked off. I won't hold it against you if you end up deciding against this, though.
Top

I really love city/urban themed maps and this one is like a dream come true, thanks!
Each map (day and night) has its own cool vibe, they both look beautiful! 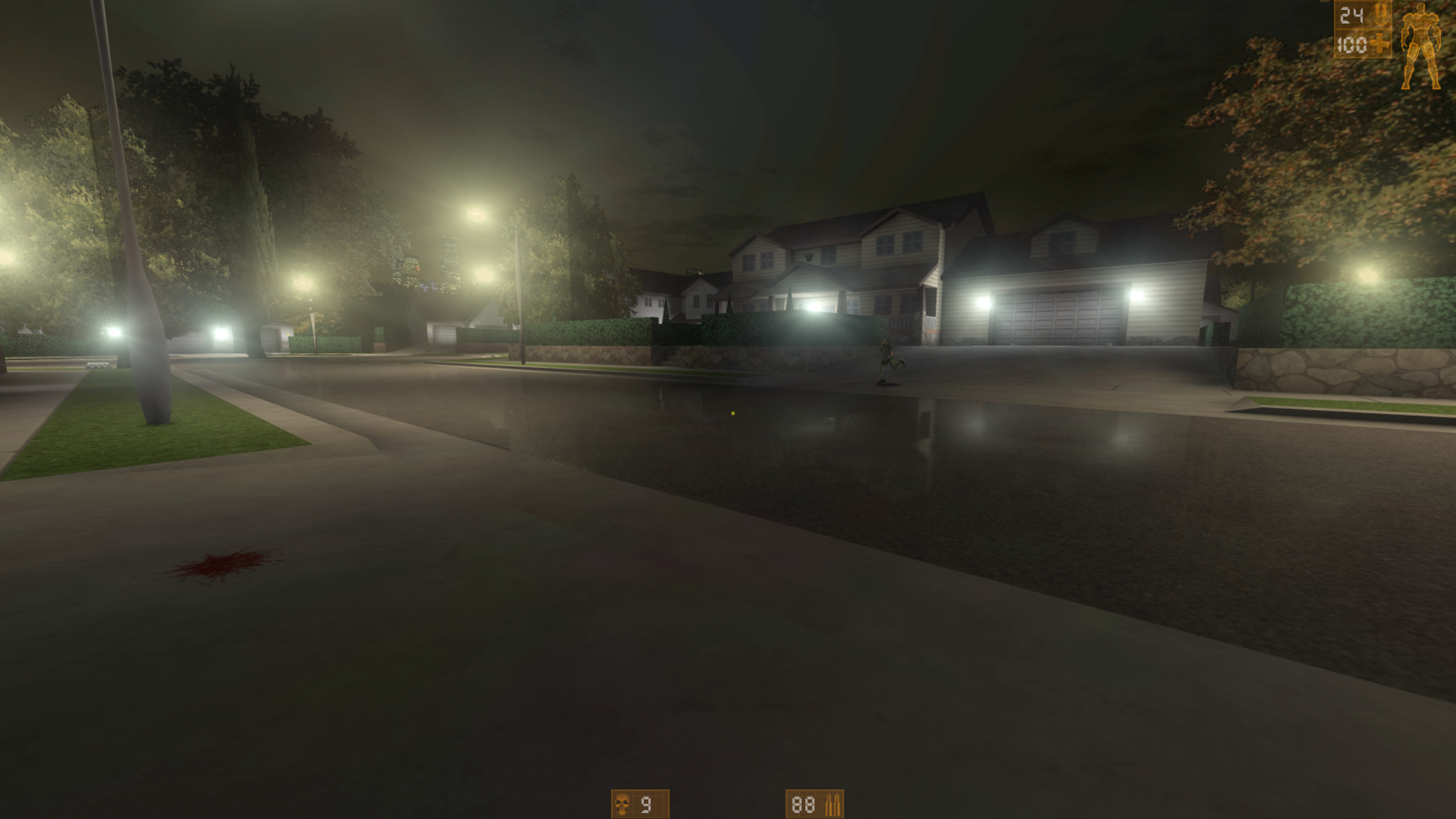 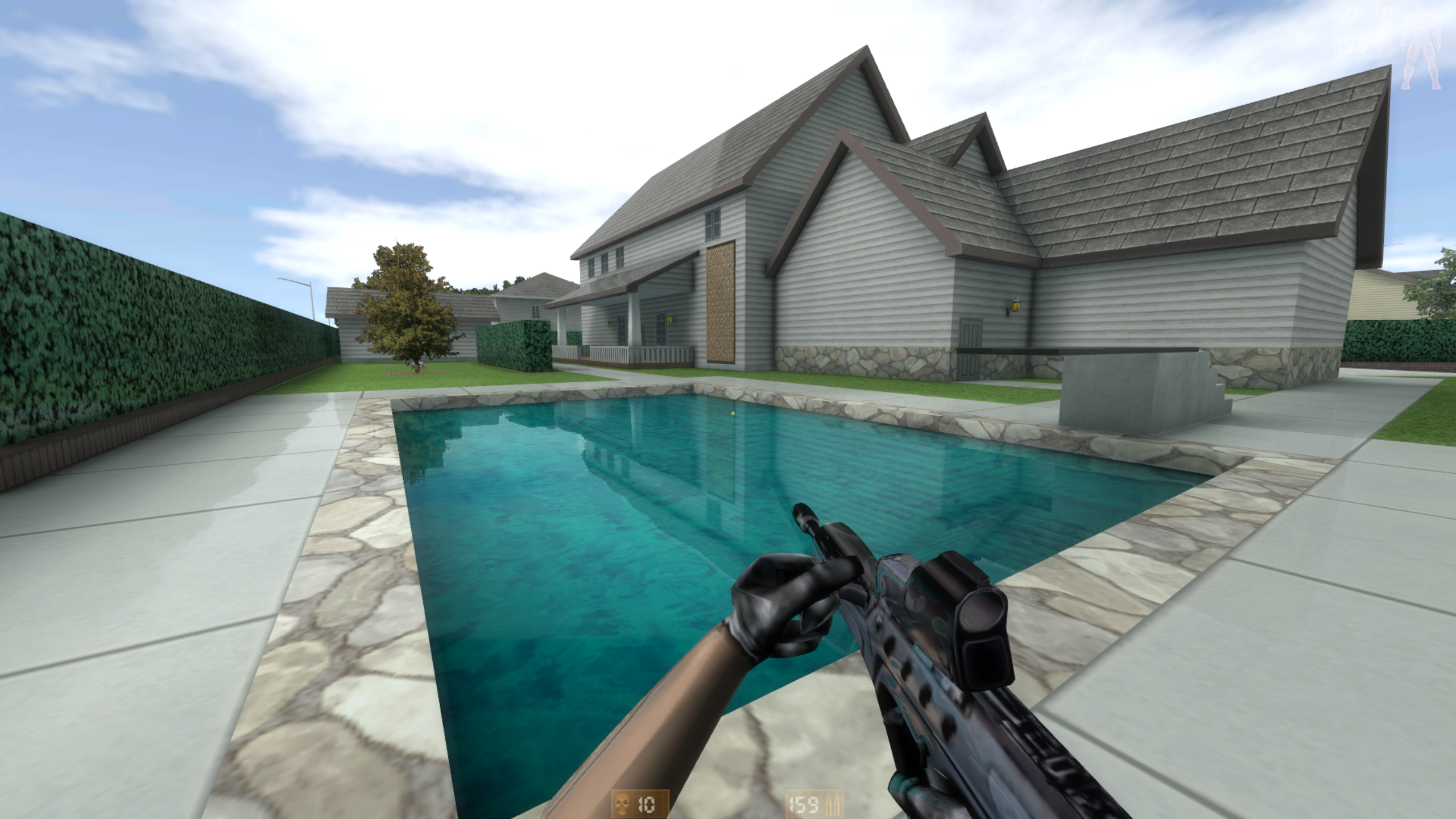 Novaeon wrote: ↑
Sat Apr 23, 2022 4:55 pm
I want to figure out how to make the bots not go in the same straight line to a flag every time, for instance. I know there are alternatePath nodes, but I need to figure out how those work first.

All very simple - you drop AlternatePath as point where you want bot go. Bot go to this point, after reach it, bot goes to flag by shortest way.

Team specified for which base this AlternatePath belong.

When bot want go to red base (doesnot matter for take flag, or bring flag) it is pickup one from AlternatePath with Team 0. For AlternatePaths to blue base it must be 1.

It is basic usage, which usually enough for almost all cases.

If need dive deeper, there exists SelectionWeight, bReturnOnly and bTwoWay. Some of stuff partially broken or hardly configurable.

So goal AlternatePath - bring bot to point, from which shortest route be as desired.

Wanna note:
1. No point place AlternatePath too close to base.
2. Usually best place is in middle between bases, little closer to another base.
3. AlternatePath must be placed for avoid illogical movement. For example if you place it in middle long tunnel between bases, can be situation when blue bot enter to tunnel from wrong side (from red base), reach middle and run back to red base for take flag.
For avoid such need make AlternatePath closer to blue base.
First Vehicle CTF server for UT99