The first maps that were made by players for UT didn't really have much on them in the way of pathing for bots, thus risking the ire of bots and leading to conflict... did no one ever learn anything from the Terminator series? This map was a bit more than bare when I found it, no weapons or health or armor or anything really. Simply 2 wooden walls to pass for a base and flags and that's it. 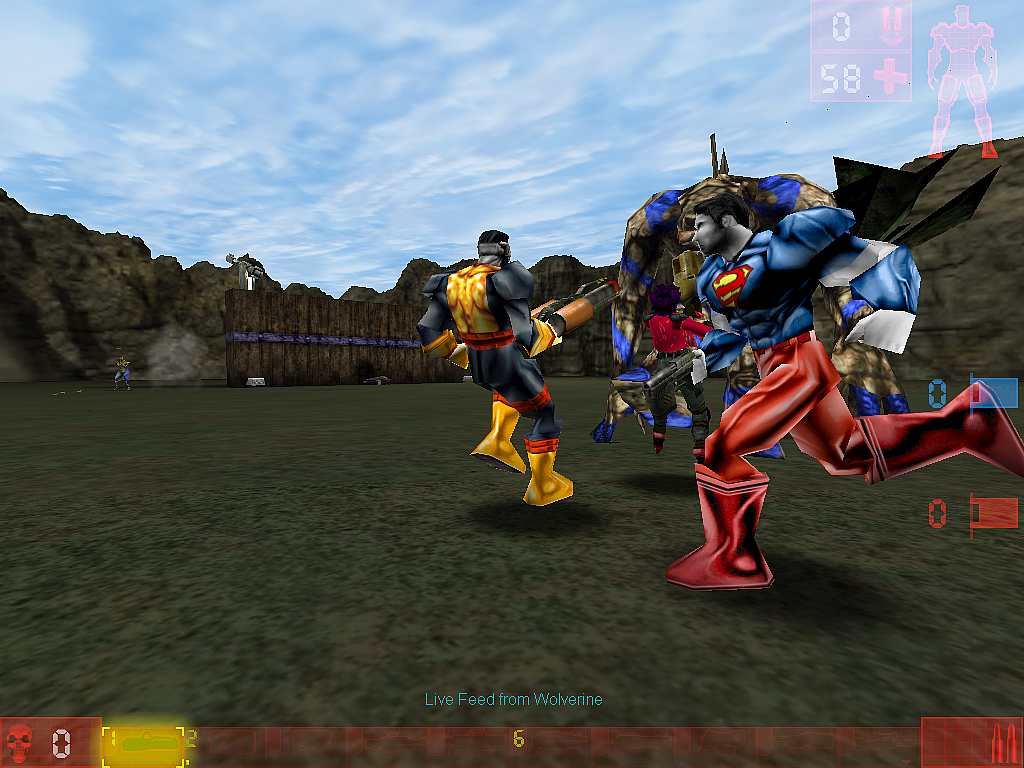 · Whole compliment of weapons, except for the snot gun.
· Health and armor and ammo and other such stuff.
· 2 UTDMT, 1 for each team.
· Cannons for each base armed with snot, angled at the flag so they don't start shooting until someone from the other team gets near the flag.
· Team colored the base walls... because team bases need identifiers of some sort in my book.

Had Nelsona add bot pathing, and a bit more. He used monster pathing for the UTDMT... for some previous edits he's more than a few times (possibly to be silly) used pathing that would enable monsters to take the flag and return it to their base. Usually I shut those down for any number of reasons, but I'd been looking for a map for him to actually do that on and this seemed ideal. A slow moving target to be sure, but the UTDMT on this map can take the flag and score. Provided they get past the other players and the cannons firing toxic snot, it is possible but don't expect it to happen too often.

Now, for those of you that play SLV/RX... while there are redeemers on this map I don't think it's necessarily a great idea. Don't get me wrong, I'm a terrible pilot and much better pilots couple probably handle it okay. 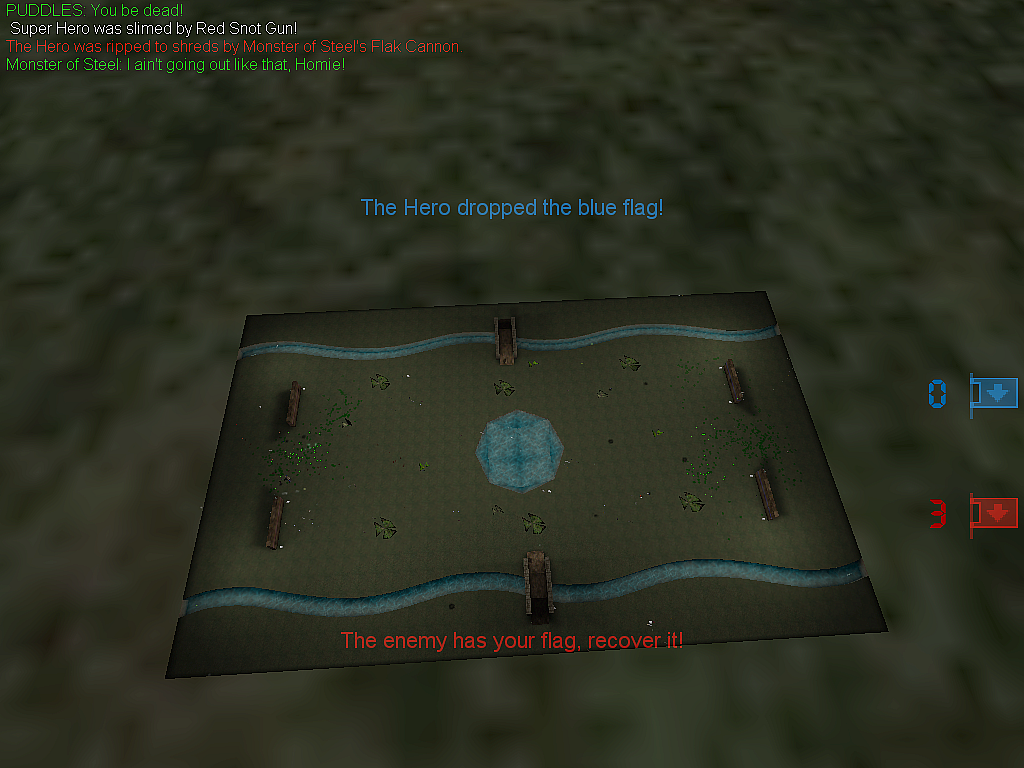 There's certainly enough open air that it's feasible, but I couldn't do it.