Maps I find with issues I feel a strong need to fix... and do other things to.

This is an arena style map, but not a small one. It's also a template, I found numerous versions of it with different sky-boxes and different surroundings. Pathing seemed basic, so I had Nelsona fix that and tinker with some other issues. Like the teleports, but I'll get back to that. 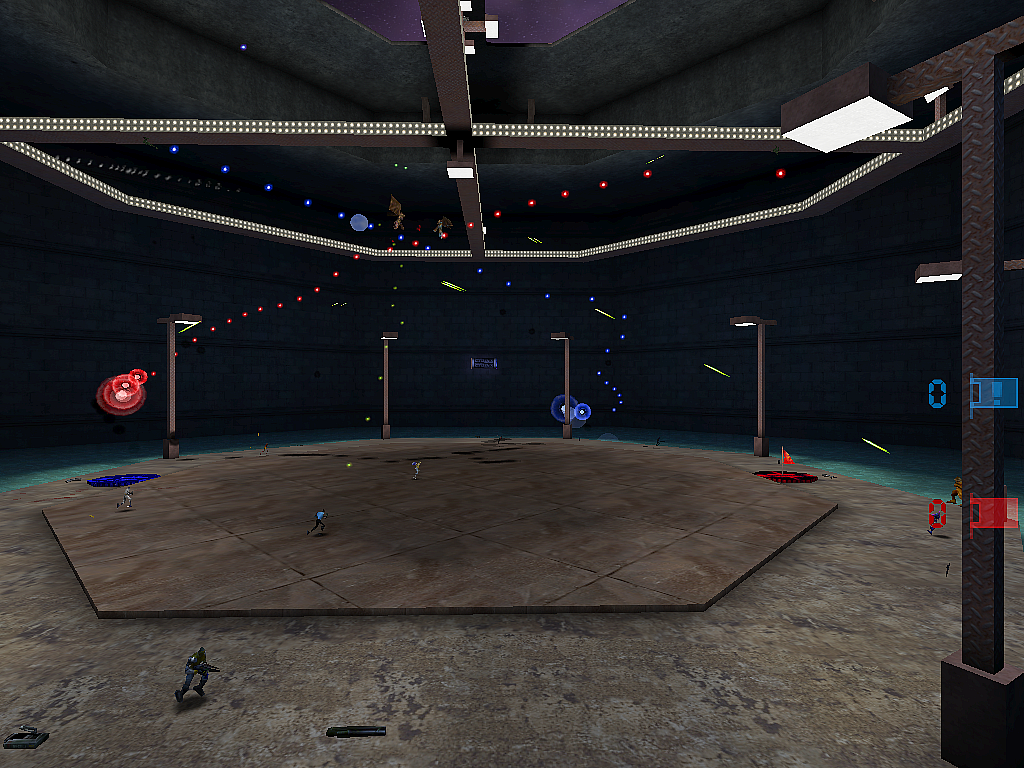 Because the map played so quick, I added distractions. Cannons first, UTDM-monsters next. On average that increased play time from 2 minutes to either 5 to 13 minutes.
· Added cannons with projectiles from MH4evever.u as they have a large splash effect and team colored firepower.
· Added UTDMS & UTDMW, each with other than their standard projectiles. Dispersion-3 for Skaarj, U1 rockets for Warlords.
· Changed textures for the lamps, generic and darker for the unaffiliated, team colored for those nearer the flags.
· While not that big, team-colored "BASE" behind each flag up on the outer wall.

Originally there were teleports setup on the top of all the lamps, but they weren't setup properly. There was no destination configured. I assumed they were to get players to the upper ring, where all the health and power ups are; ground level only has weapons and ammo. Nelsona setup TeleJumpers for the bots... 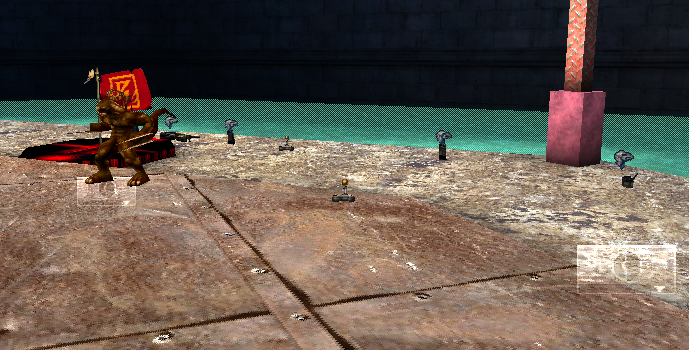 ...so they can use translocs to get up to the top of the lamps and then up to the upper ring:

Players can do the same.

Cannons make things trickier too, due to a flaw in them (which SilverSound has corrected but I don't have that upgrade yet) while they will target anyone from the opposite team, that're about near the center of the map, they can kill players on their own team. Adds a level of paranoia to the game, because you have to play while also being aware of the potential DEATH FROM ABOVE, which is fairly constant. 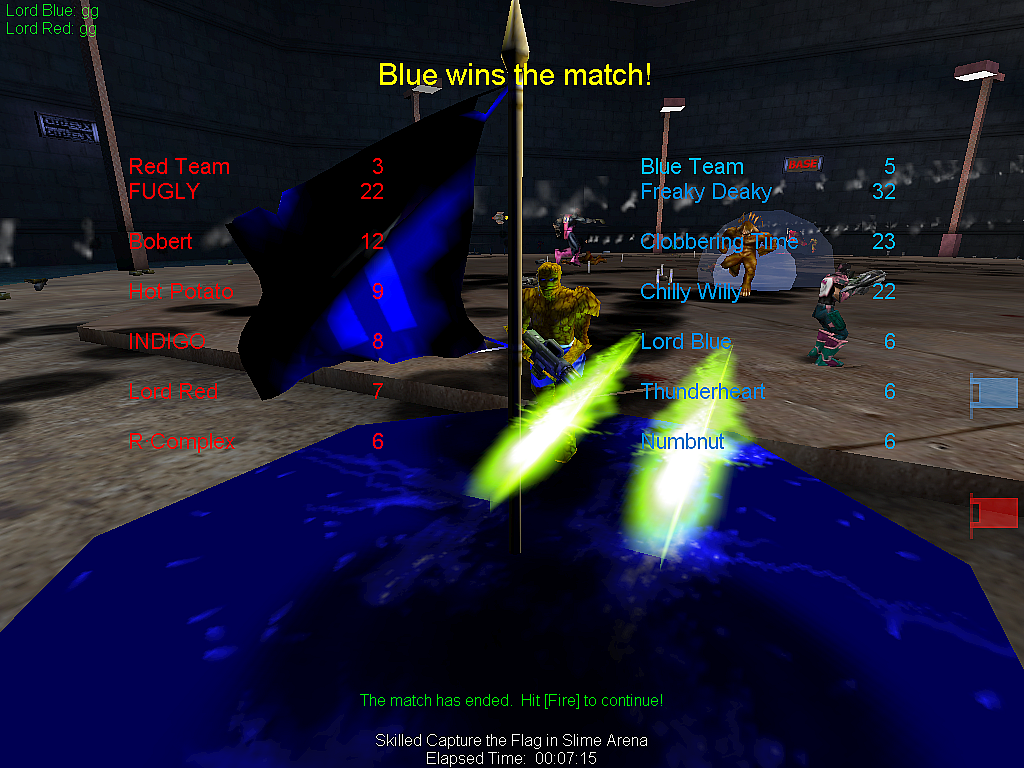 Overall play is intense, there's nothing to duck behind. You have to play hard and fast and snipers may have fun here, ducking behind the lamps is not the best defense point... though they may have better luck upstairs.