I gave up on UT editor

Tutorials and discussions about Mapping - Introduce your own ones!
6 posts • Page 1 of 1

I gave up on UT editor

I made a DM map like 15 years ago. Then attempted an assault map but stopped, then lost them somewhere. Either way, I've forgotten most of what I learned back then.

I have personal financial reasons for learning Skecthup, so I took the time to learn the basics. I thought the best practice for my personal needs would be to make a cool UT99 map!

So, I did incorporating some of my favorite elements for CTF a map. Problem now, is how to get it from Sketchup to UT99 CTF? I was able to get it into ut4 editor, but that seems way more complicated than the ut99 editor and I just can't afford the time to learn it right now. But still want to get my map going. Can anyone suggest the best "free" way to get my map from SketchUp to a working CTF map?

Introducing ThornzX (still debating the name) maybe WootyThornz.. The goal is to make a fun open map with lots of ability to dodge off the tubes and jump boots in every tube for jump and dodge combos galore. I was thinking Face like skybox and the ability to fall of the sides of the top level into space. Lots of Rockets, Flak, and Rockets in the tubes for weapons, also a couple belts and shields as well. Maybe even a few Woottabulous like quick jump ramps from corner to corner. I was thinking transparent tubes so people can't slow down the game hiding with the flag forever. Also, maybe a darker brick almost dark mode type. Also thought about a few underground tunnels, but then that would defeat my whole thought of not being able to hide the flag to keep action going. 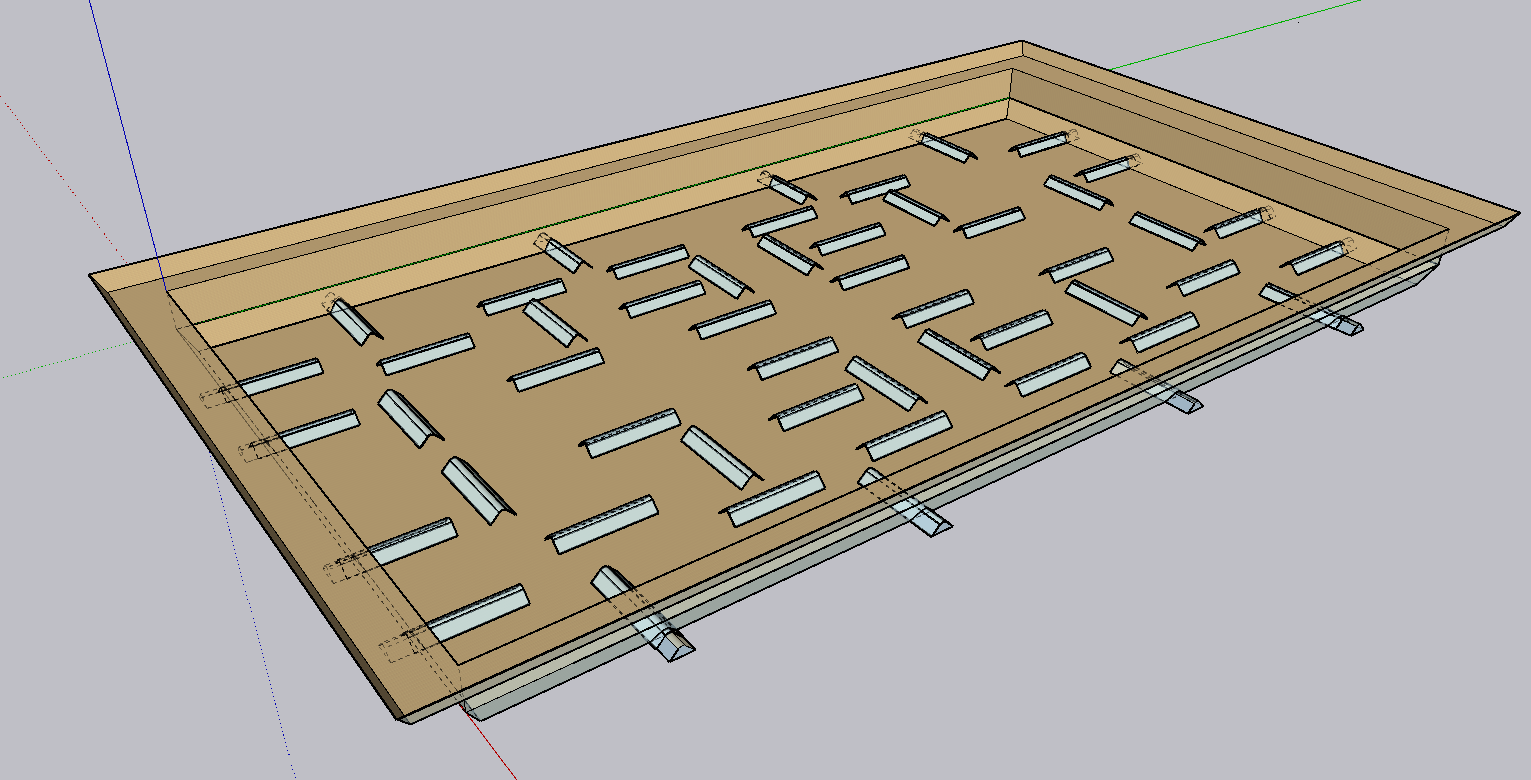 Here are the files I've generated thus far if anyone wants to help out with this map concept.
https://www.xantaz.net/files/dev/

Oh, also I redid CTF-2BigBoxesFilledWithLava to be easier on the eyes CTF-2BigBoxesDarkMode.unr, but there are some geometry mistakes if anyone can quickly fix them I can't take the time right now, too much going on in RL.
https://www.xantaz.net/files/dev/
Last edited by papercoffee on Thu Mar 25, 2021 9:44 am, edited 1 time in total.
Reason: double post
www.xantaz.net

For future reference, this forum's admins have a rule against double-posting. It really bugs them. Post can be edited forever, that 2nd post you made under the 1st one you could've edited into the 1st post.

They're usually only okay with a double post after 24 hours between the two.
http://unreal-games.livejournal.com/

First of all, what EvilGrins said.
Second, your thread title is misleading ...you didn't gave up, you're just whining.
Third, you doesn't have to make those triangular tubes (?) transparent because the flag, when taken, glows in its team-colour through such thin walls.
Fourth, Blender ...transfer your file into a file Blender can open and then use the Unreal plugins for Blender (google them) to transfer it into a .unr file.
Fifth, "if anyone can quickly fix them I can't take the time right now, too much going on in RL." No one is going to build you your maps. Build them yourself.
If you need help read the forum and ask questions. We are helping you.

I voted here, no worries... You can imagine that I'm not working my tired brain at MapGarbage and I'm asking for more pro builders just for... Quitting from using Editor ? That piece of trash helped me to gain more stable servers than stock one - I morphed a package without source-codes for keeping integrity of package in original (textures, meshes, sounds) and then... Just giving up ? Not even in dreams...
Top

Like I elaborate upon here, I like to try new things, even when others don't. To me taking the path less traveled is fun and a break from the usual monotony of life.


Robert Frost wrote:Two roads diverged in a wood, and I - I took the one less traveled by, and that has made all the difference.

"To me taking the path less traveled in fun and a break from the usual monotony of life."

You would, LoL, Me Too, always find the path of least resistance = efficiency, like washing friggen dishes, hate it, but improve on less steps to do it.
Binary Space Partitioning
Top
6 posts • Page 1 of 1