Tutorials and discussions about Mapping - Introduce your own ones!
11 posts • Page 1 of 1

Shot00034.png
Shot00035.png
Shot00036.png
You do not have the required permissions to view the files attached to this post.
Unreal Tournament v469c - Release public released!
First Vehicle CTF server for UT99

My usual 1st run at any map is to test with bots... which in this instance only went so far.

Nice opening, good looking map, nice assemblage of monsters. A lot of it's outside but you have to go deeper in as there's a lot of internal and underground stuff to deal with. 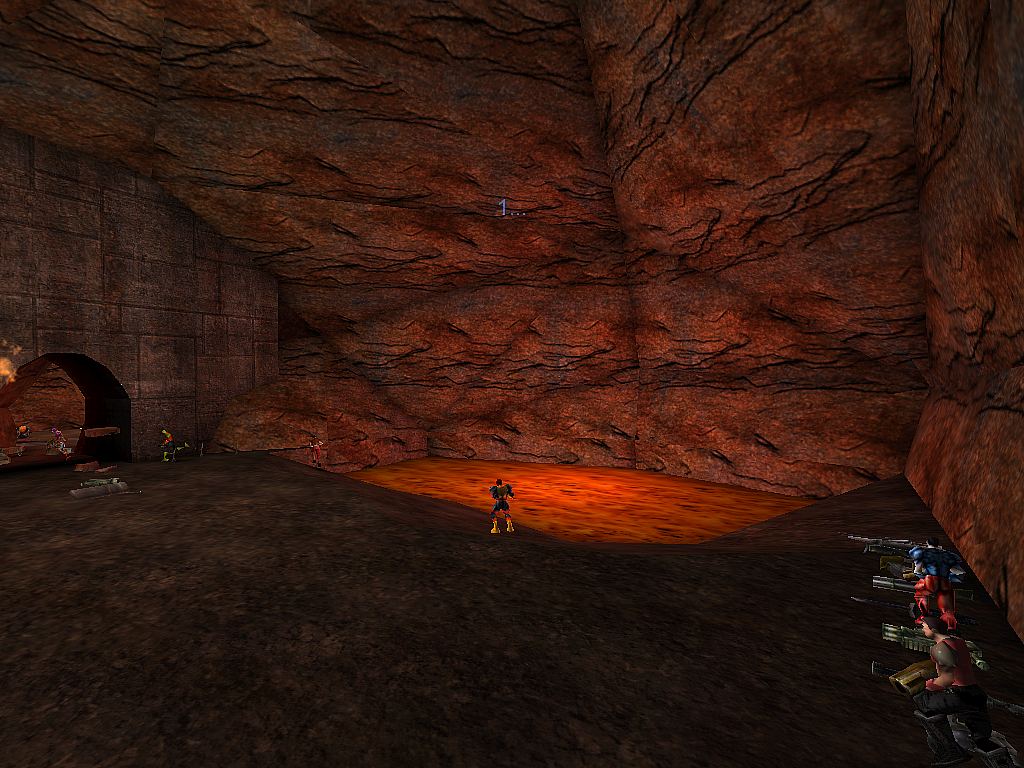 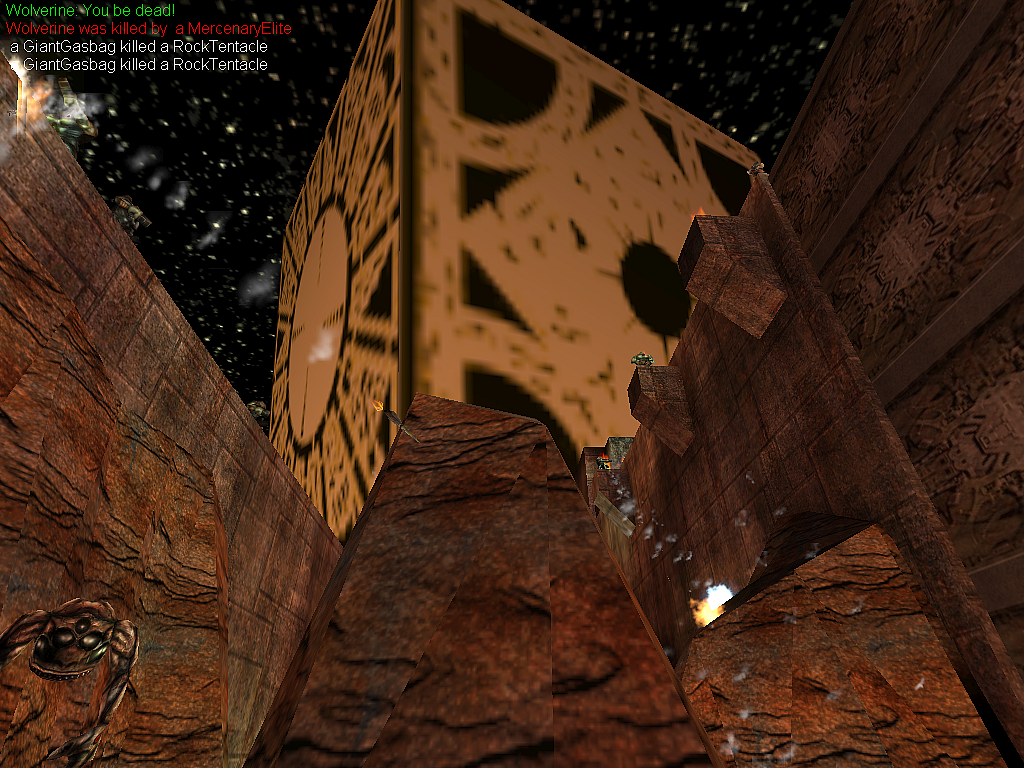 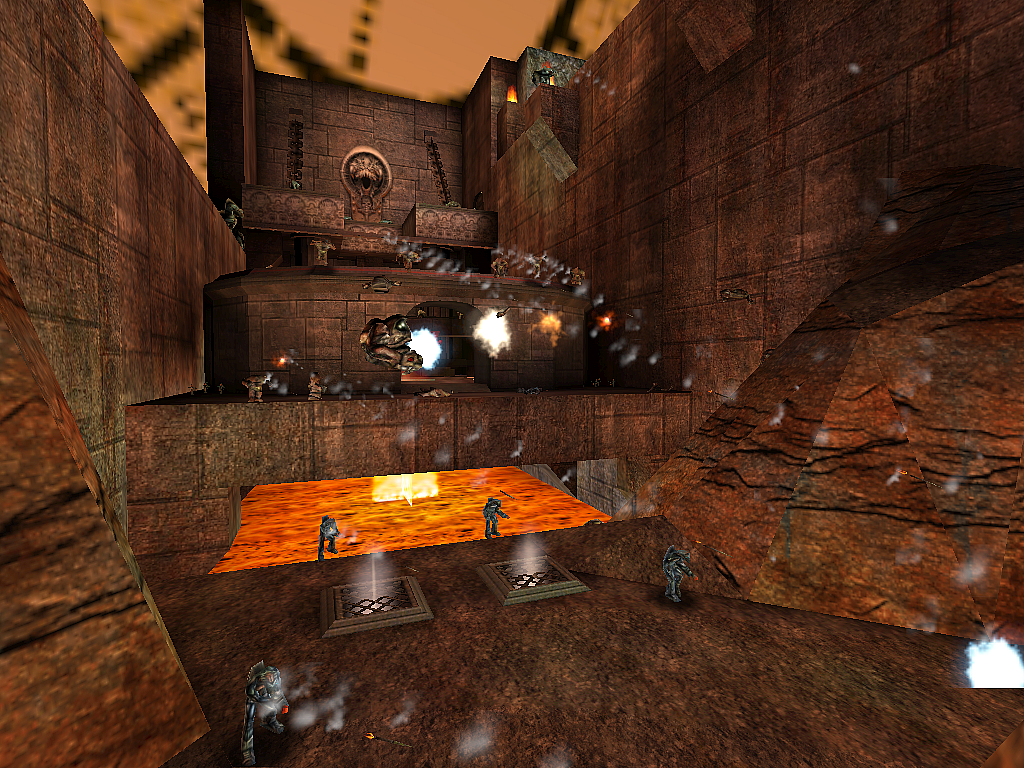 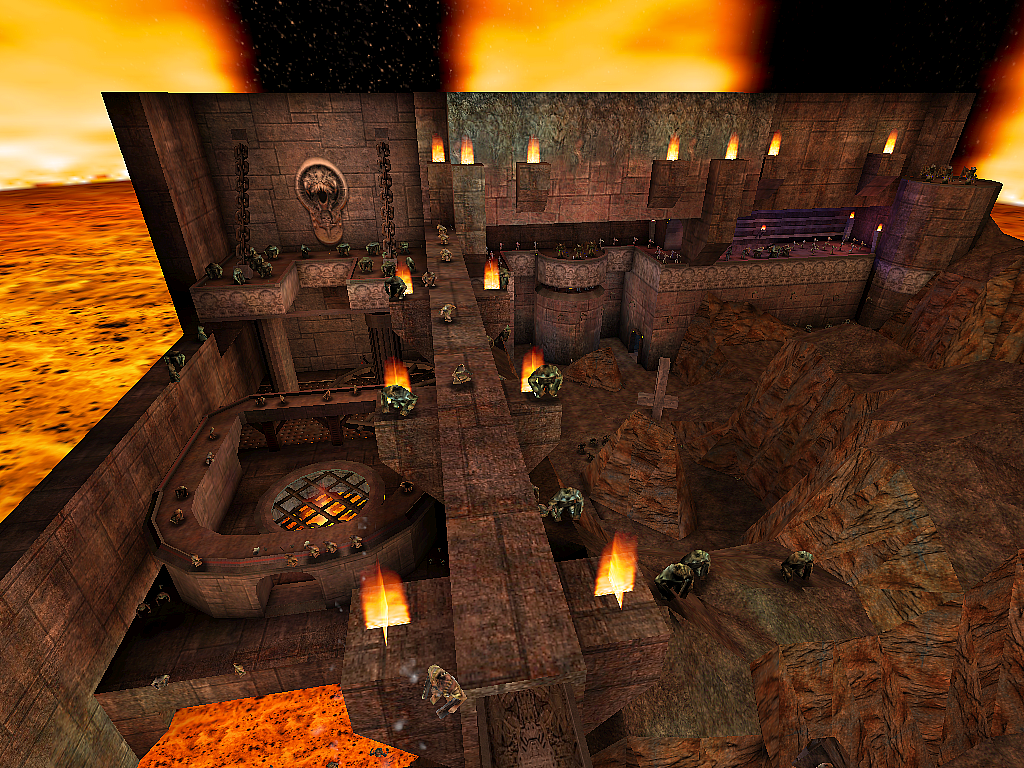 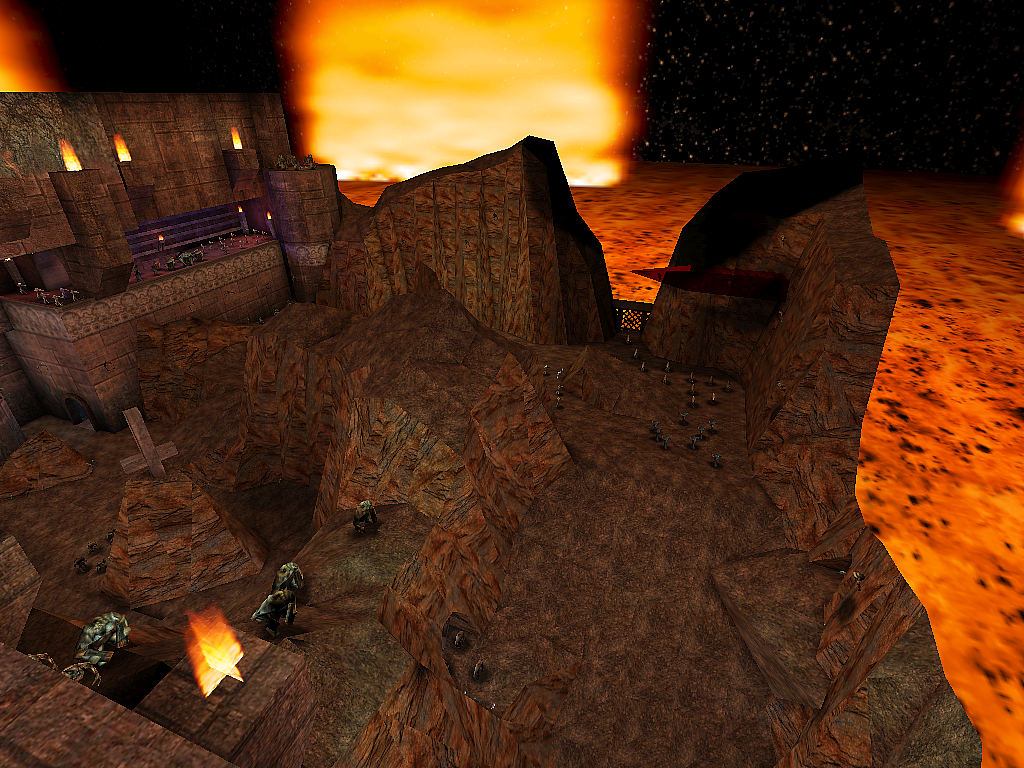 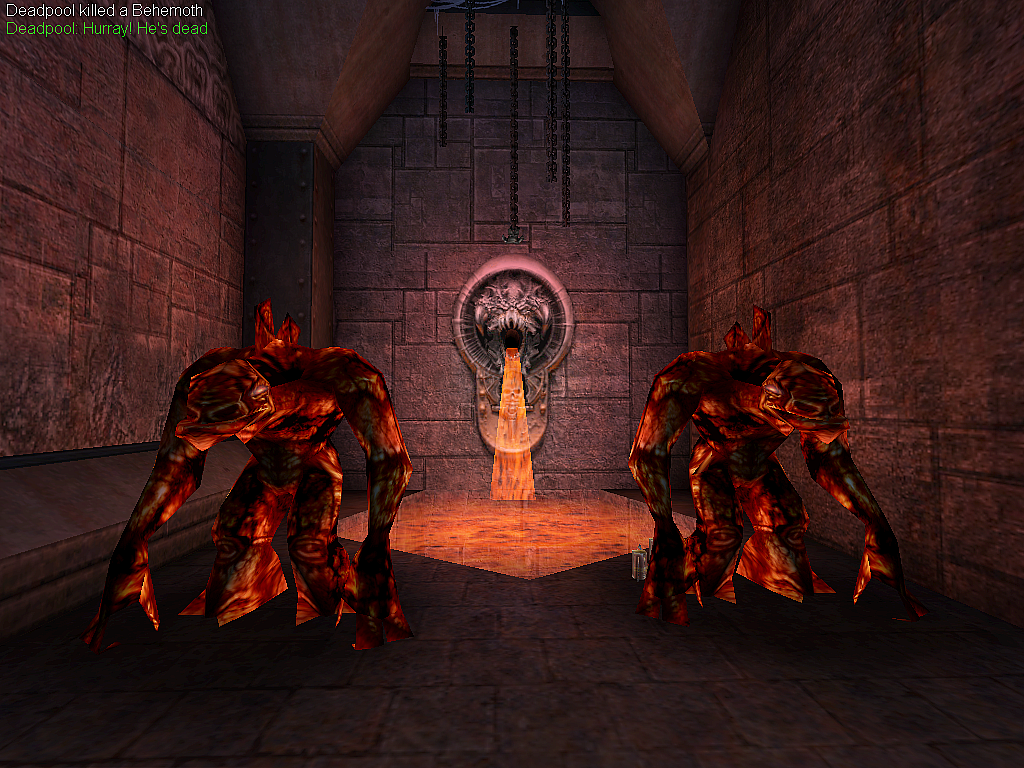 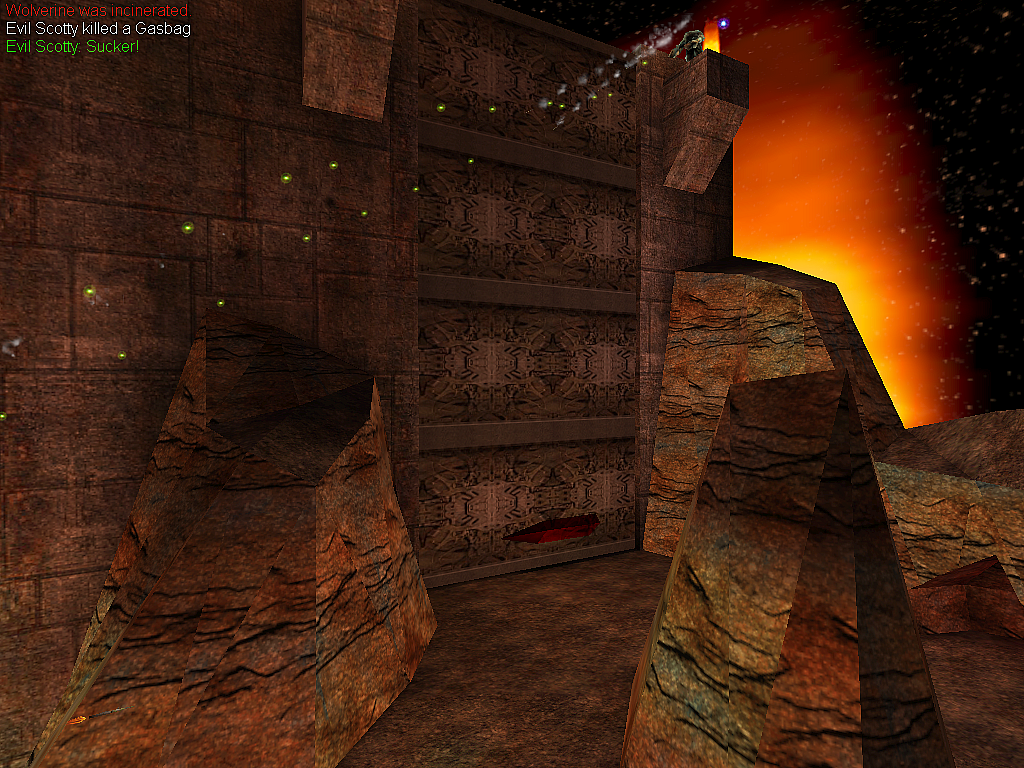 It's one of those maps I'd be really tempted to edit, and get the pathing upgraded a bit for better backup from bots. Monster swaps (Doom & Quake & Zombies & Ghosts) and weapon swaps as well.

Bots play the map well initially, so long as monsters are fighting them... but once the initial area is cleared bots stop trying to go anywhere except through that wall to the right of the starting area. It's apparently a very large door, which I'm assuming is opened by a switch somewhere inside the base. 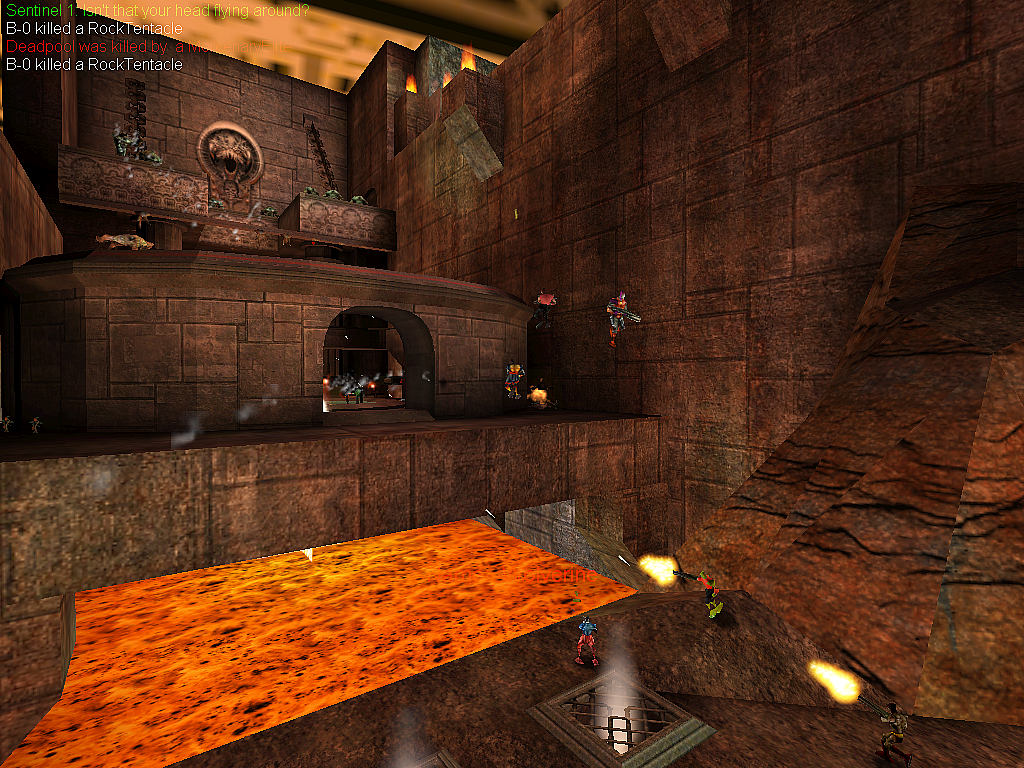 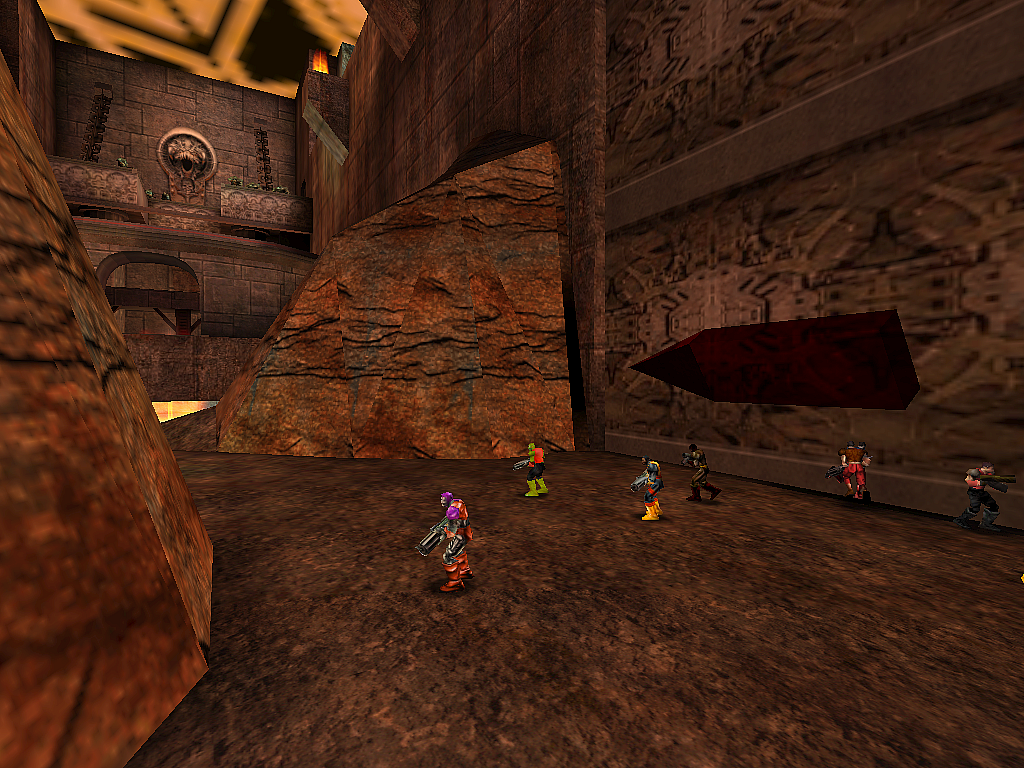 I liked how the steam vents are used as jump pads.
http://unreal-games.livejournal.com/

Sorry, but, all my conversion not designed for complete map by bots alone.
In fact all conversions related to human play.
I not see any reason for spent time on add such bot support to it.
As I see MH target to human play, not for pass map bots alone.
Bots only for support humans, not more.

Maybe one day I change my mind, but currently bots not able finish my conversions.

EvilGrins wrote: ↑Sat Oct 16, 2021 4:10 am Bots play the map well initially, so long as monsters are fighting them... but once the initial area is cleared bots stop trying to go anywhere except through that wall to the right of the starting area.

And I'm sorry to tell you but these maps are not having anything from Original MonsterHunt toward Bot Movement and.... neither LOGIC paths.
Sample this stage:
V0 map - This Node it's not even in map but it has paths...

HR_v0.PNG
Then "reusing" nodes for mapping paths using XC_PathsWorker - see result:
HR_v0_Conclusion.PNG
PathNode it's not even in account even if working range would allow a possible connection but here is not possible - movement From and To that Node it's not exactly possible in Engine calculations even if mapper had other calculus. The rest of spots without paths aiming Bot "coverage" are mystical, Bot won't cover anything without other external support which I'm not using because I don't need them all the time to shoot me or blocking my projectiles.
And then as original MonsterHunt Attack Goal - log says:

You do not have the required permissions to view the files attached to this post.
Top

sektor2111 wrote: ↑Sat Oct 16, 2021 9:33 amAnd I'm sorry to tell you but these maps are not having anything from Original MonsterHunt toward Bot Movement and.... neither LOGIC paths.

Nor would I really expect them to, but as it was originally an Assault map I had some hopes... and regardless, for the most part, bots followed me well enough when I played it, with one notable exception. 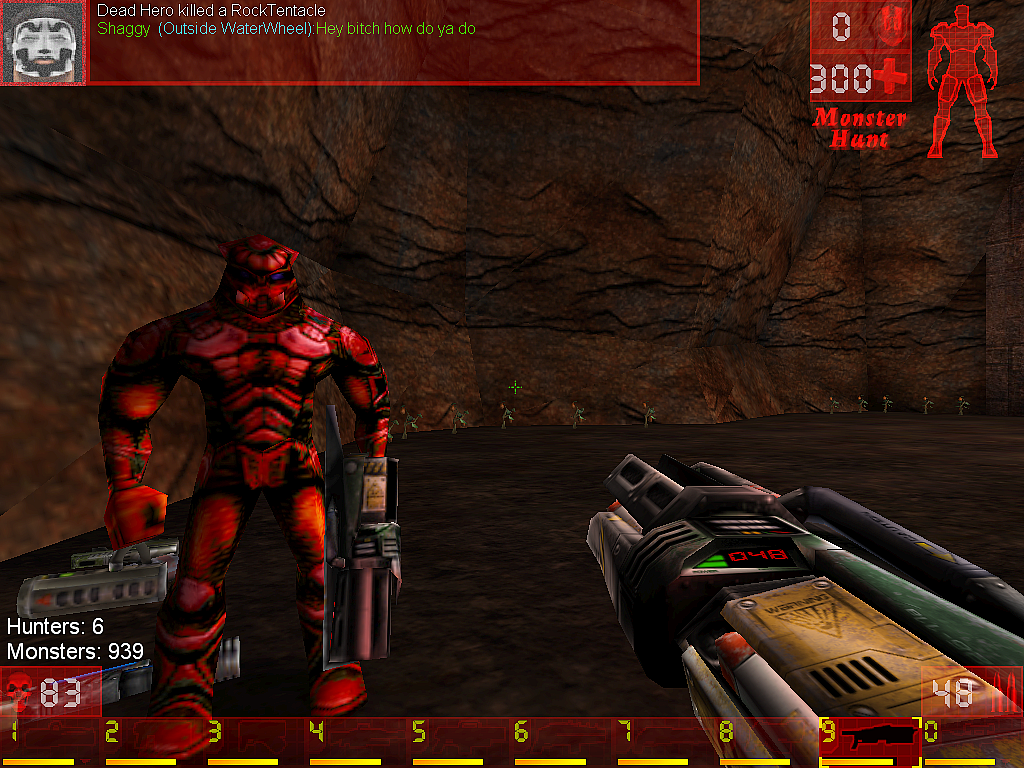 Normal sized models followed me pretty well, taking a lot of the heat off me... but DAMNATION there, not so much. Apparently non-standard player sized, like the slightly larger SkaarjTrooper that he is, don't manage the map as well.

He followed me a bit, but not all over... and certainly not inside.

Beyond that setback, the other bots helped a lot... but only as I had them all set to cover me. 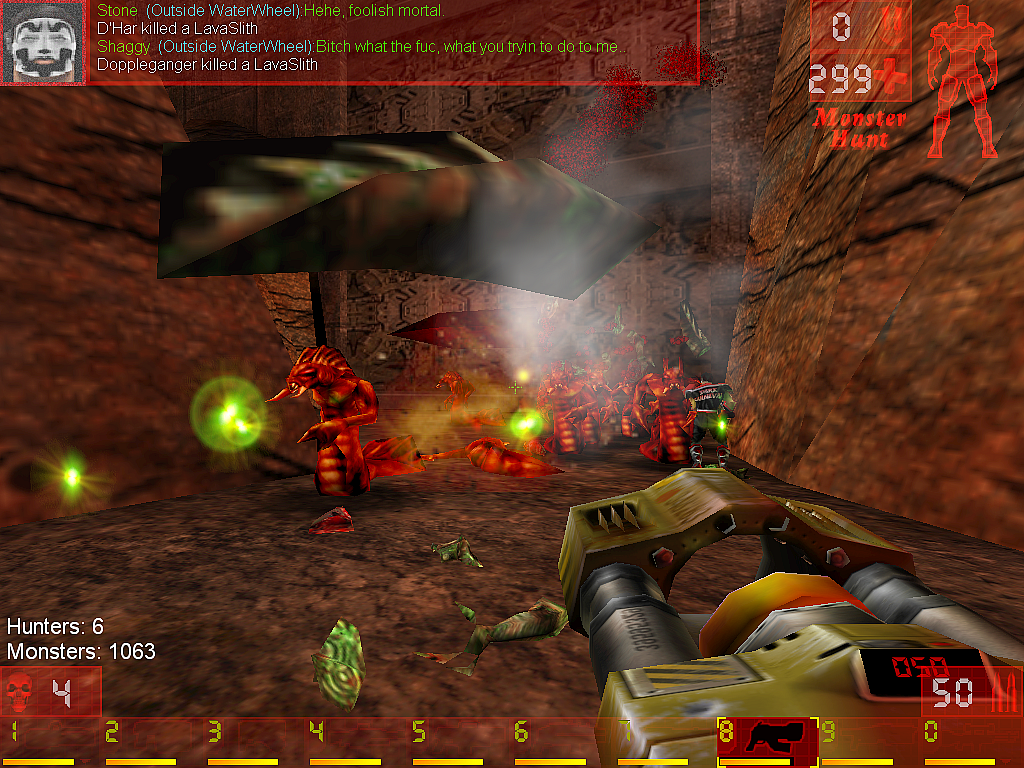 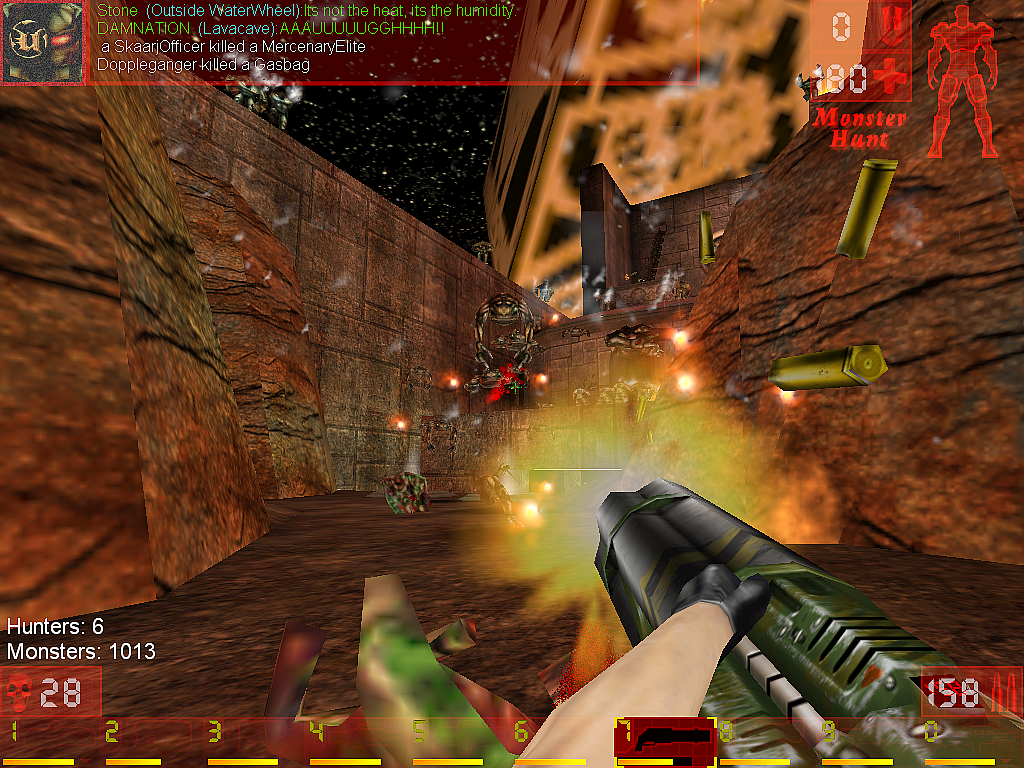 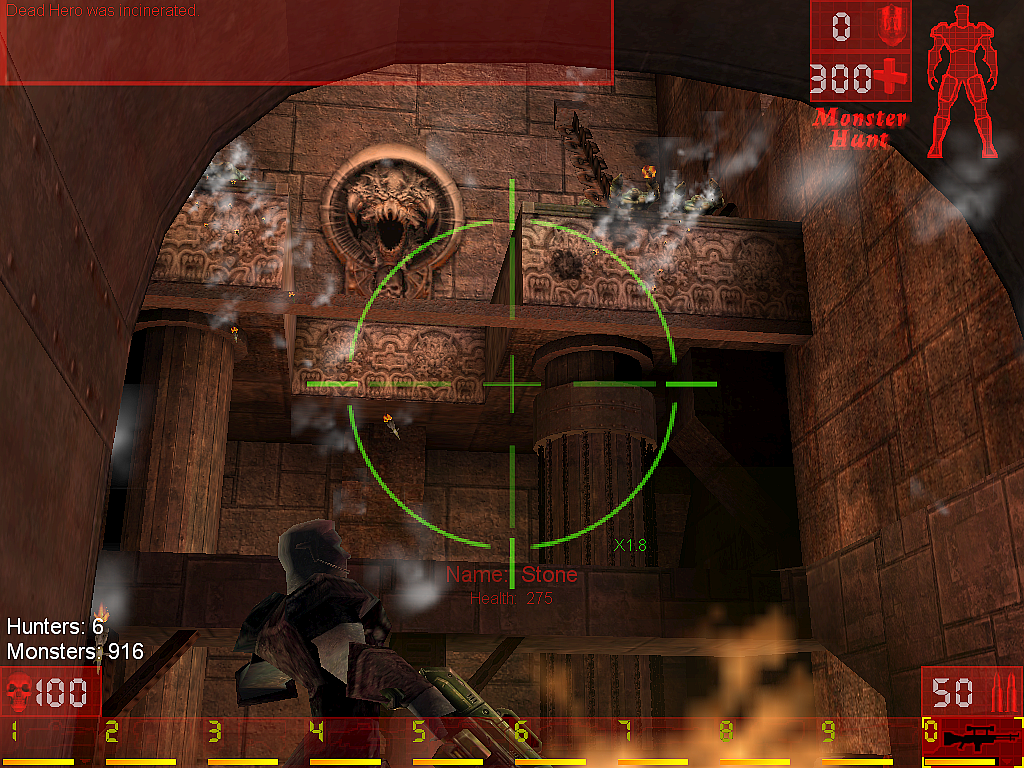 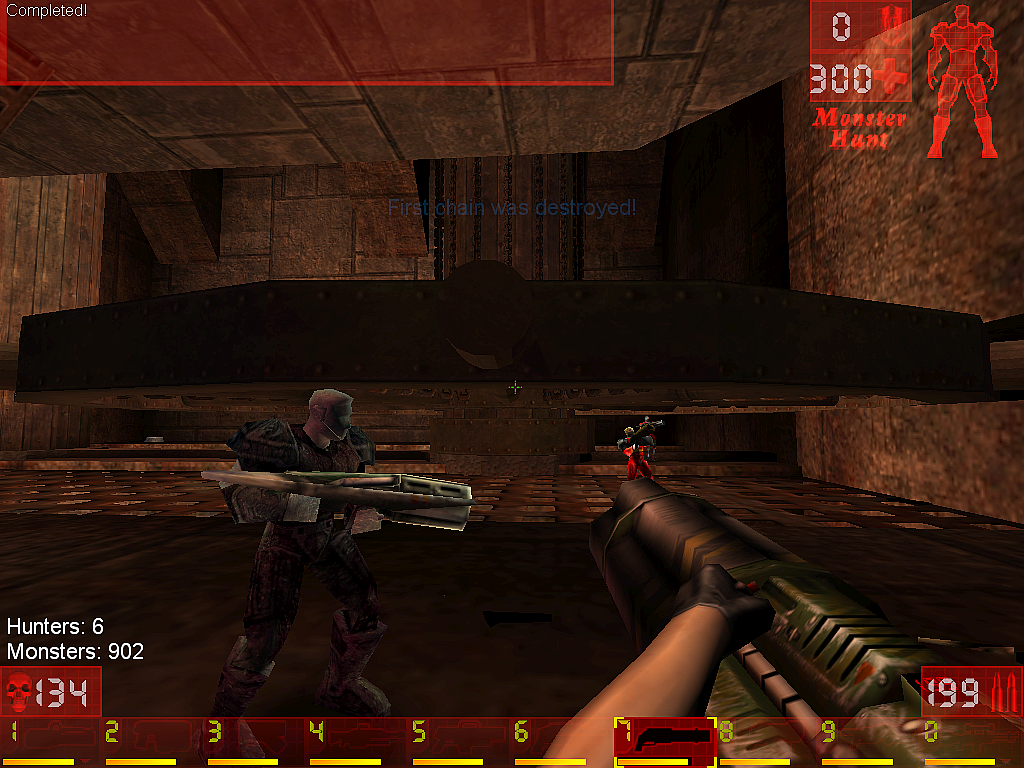 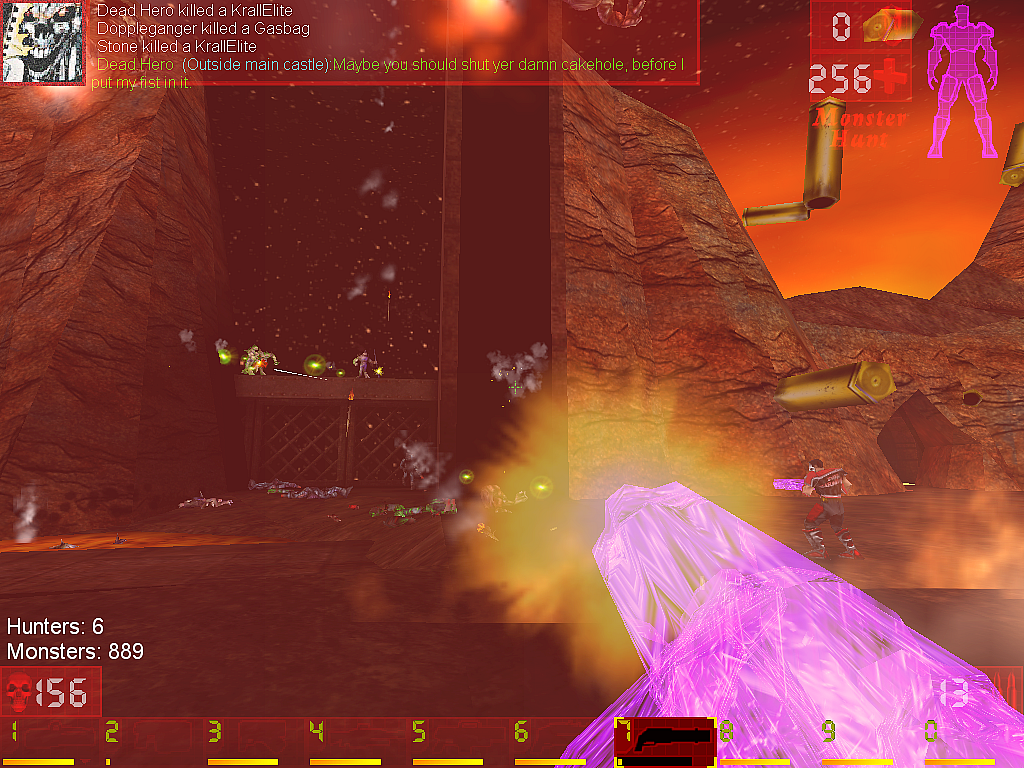 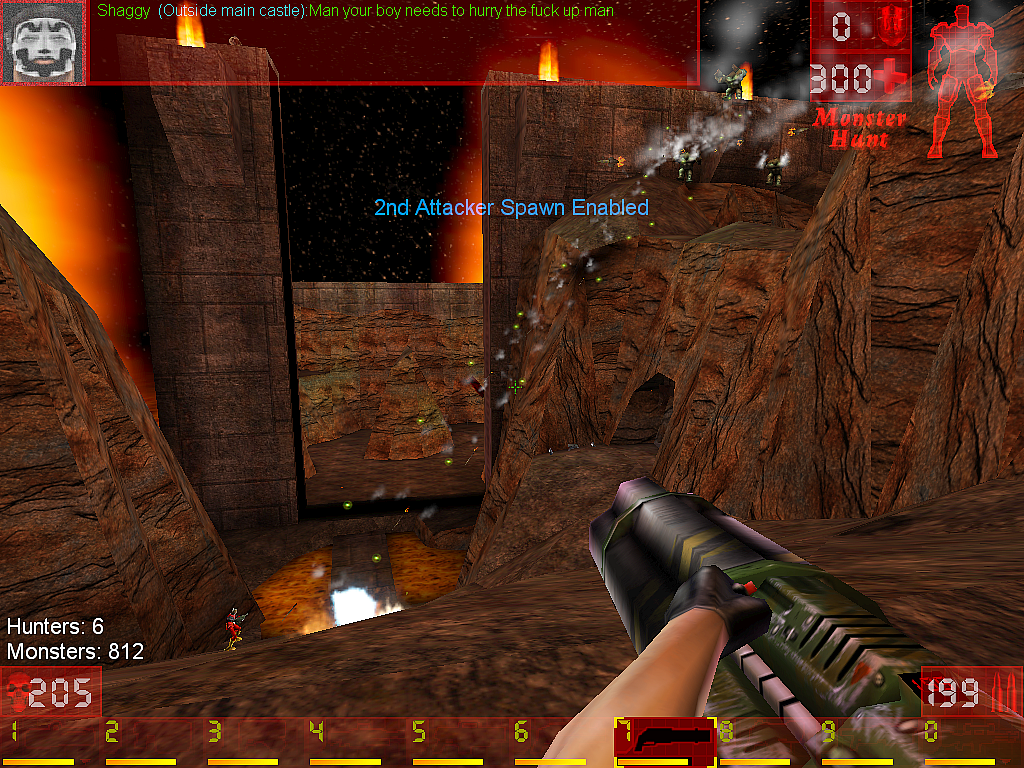 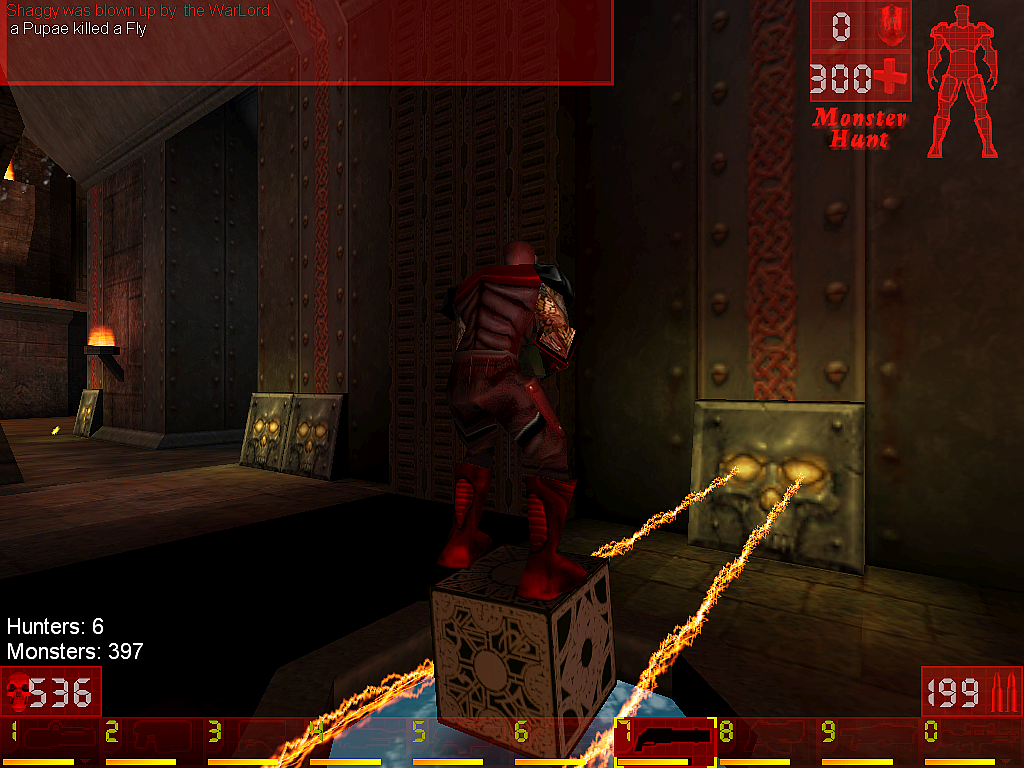 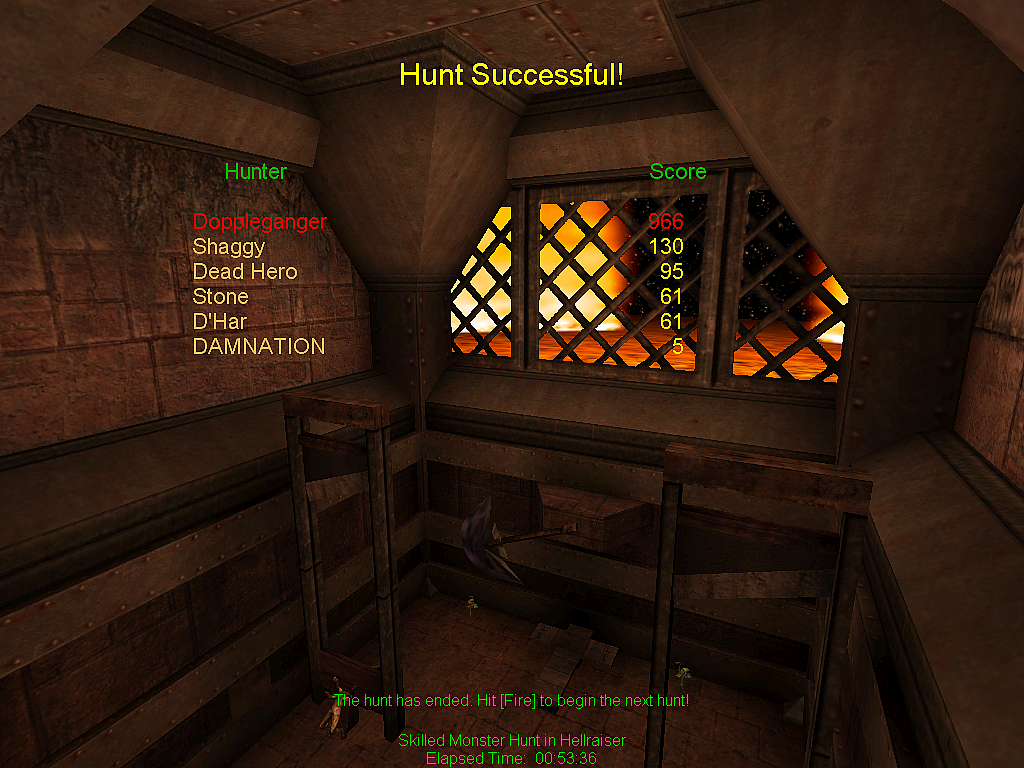 Never having played the original Assault version, I don't know how much of the goals for that played into this... but I quickly learned to shoot any red flags I saw.
http://unreal-games.livejournal.com/

If they die, and you are in some area un-pathed they will never come back to you - and I see well these spots. You can track these with "RememberSpot" and "ShowPath" stock testing commands.

Edit: An assault map previously working with Bots might be welcomed for MH too if we get rid of Assault specific assets - USELESS in MonsterHunt, once again "converted" MH-Overlord it's demonstrating this.
Top

Say, Buggie... why is it you don't add "edited by Buggie" or something to the maps you edit?

I've noticed on the selection window that you don't credit yourself for your edits.
http://unreal-games.livejournal.com/

I've noticed on the selection window that you don't credit yourself for your edits.

Yeah. you're right - at present only those people downloading these conversions from this forum will know who the editor is. These maps will appear elsewhere and people may assume that they have been produced by the original mapper (given that the ss in the selection window is the only source of creator information) - this links to one of the points made by Revelation about the editing or conversion of maps (the orginal mapper may be 'blaimed' for issues in and/or created by the edited version).

I don't do ReadMe-files typically, except when uploading to https://www.utzone.de/forum/index.php as it's a requirement there. Usually I go into LevelInfo in the map and add what's needed.

If just me, next to the original mapper's name I put "· edited by EvilGrins".

If I had help, I add them where I can. Usually top line next to me under "edited by" or down next to estimated player count.

Usually that's "pathed by Nelsona, skybox by Anubitek" or some variation thereof; depends who helped with what.
http://unreal-games.livejournal.com/