Fairly standard and not particularly large CTF4 map, Titans might've been a bit overkill but at the time I initially edited this I didn't know about other UTDM-monsters and I don't always feel a need to go back and swap the smaller monsters now that I have them. 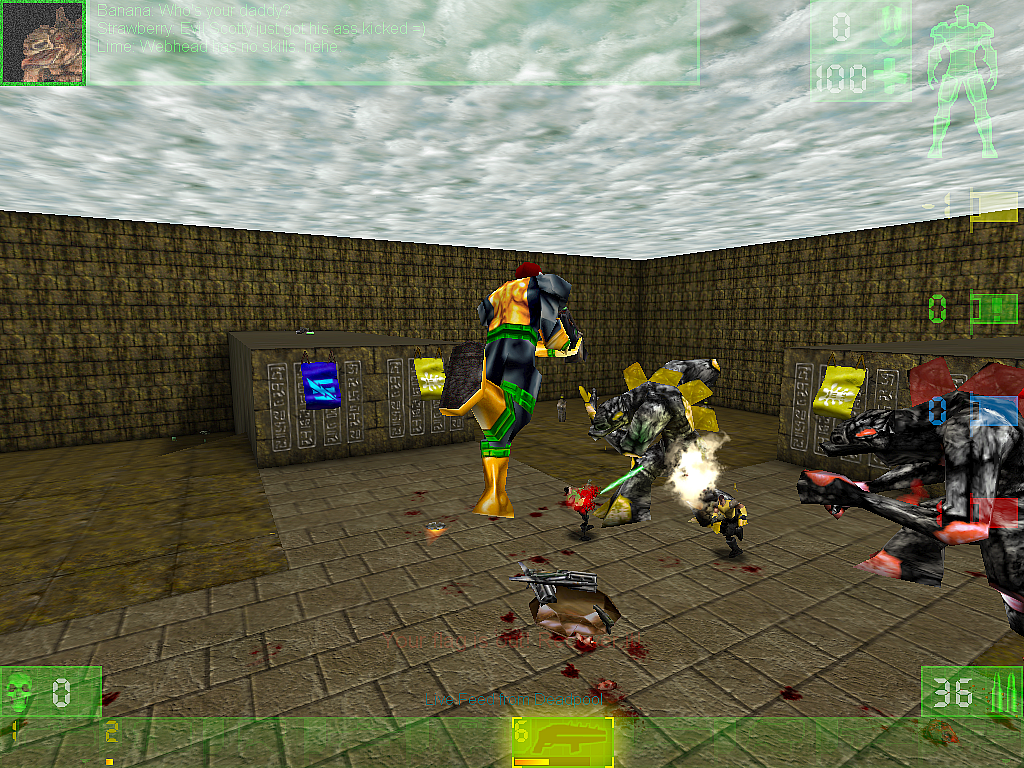 There are 4 bases around a raised central area, full range of weapons, and of course the UTDMT... who don't really care about the flags. 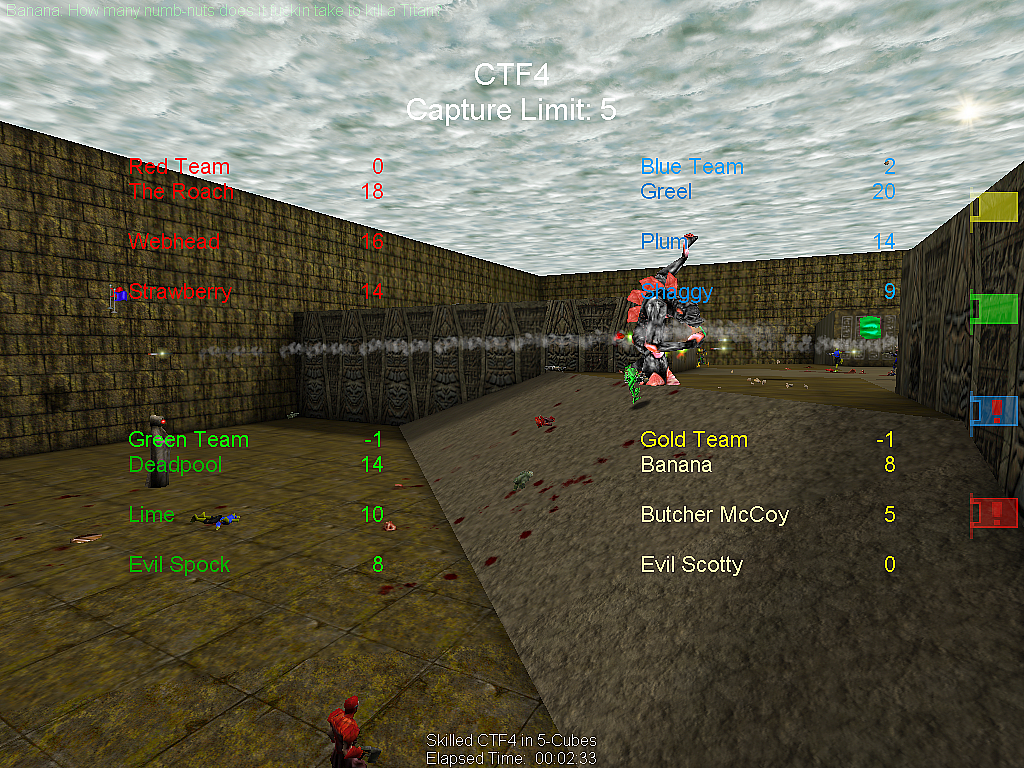 I'd be lying if I said they don't periodically get the flags, though. My preferred settings for CTF4 are for dropped flags to be brought back by players to their own base, and sometimes that's complicated if a Titan grabs the flags, as it's like playing fetch with a really big dog that doesn't want to give the tennis ball up so easily...

...I grew up with rottweilers. Great dogs, but they will wrestle you when you try to get the tennis ball back. 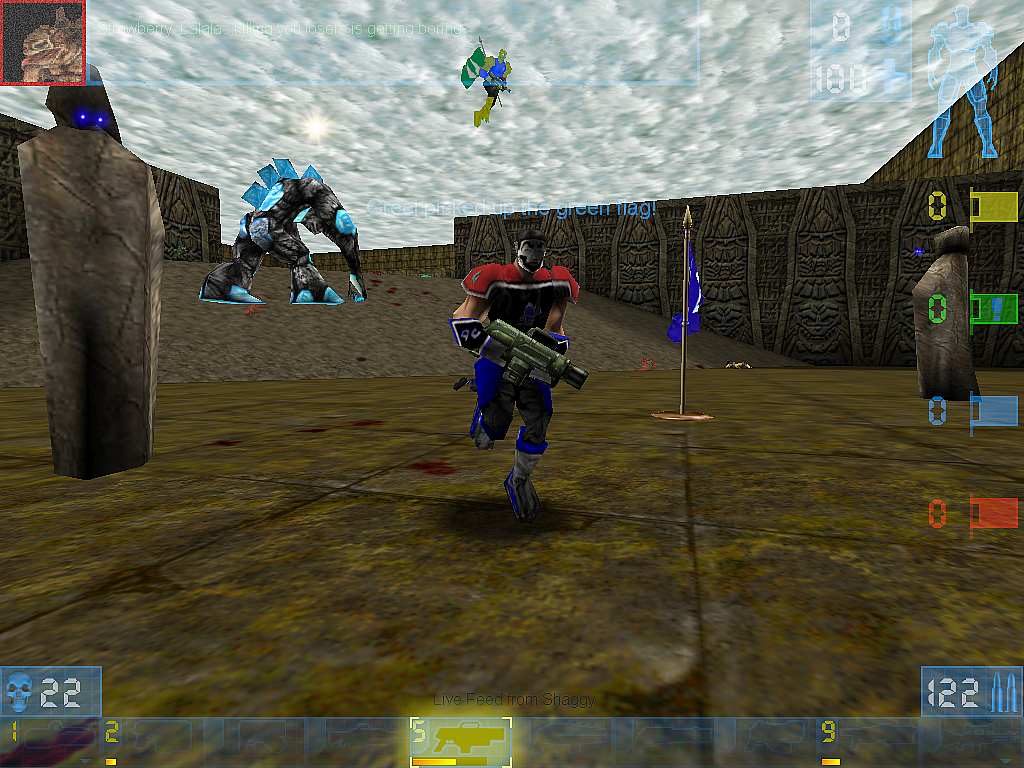 Combat is intense and tricky with the Titans, but makes for very fun play.