Tutorials and discussions about Mapping - Introduce your own ones!
7 posts • Page 1 of 1

Brand new map from 21 make especially for CTF with X-Vehicles.

CTF-XV-Oasis-v3.7z
Very need feedback, advices, notes about map and gameplay on it.
You do not have the required permissions to view the files attached to this post.
Last edited by Buggie on Fri Mar 11, 2022 2:50 pm, edited 2 times in total.
Unreal Tournament v469c - Release Candidate 3 (RC3) public released!
First Vehicle CTF server for UT99

Years upon years, in what seems like a lifetime ago, my extensive playing of the Atari 2600's Combat has finally paid off! 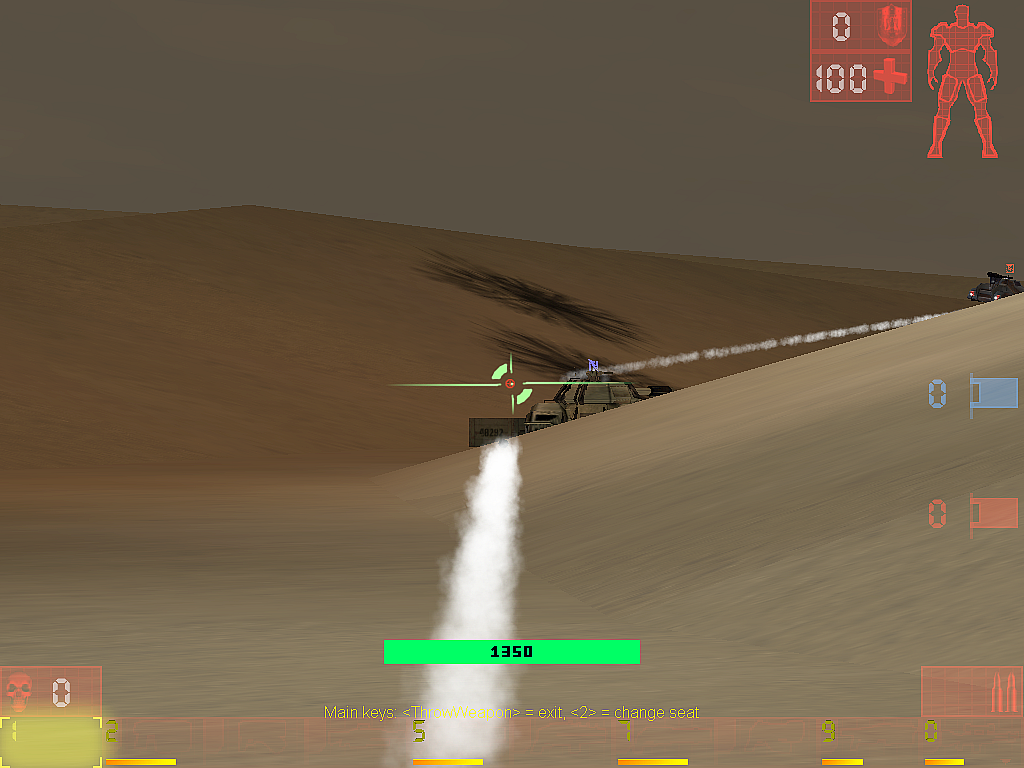 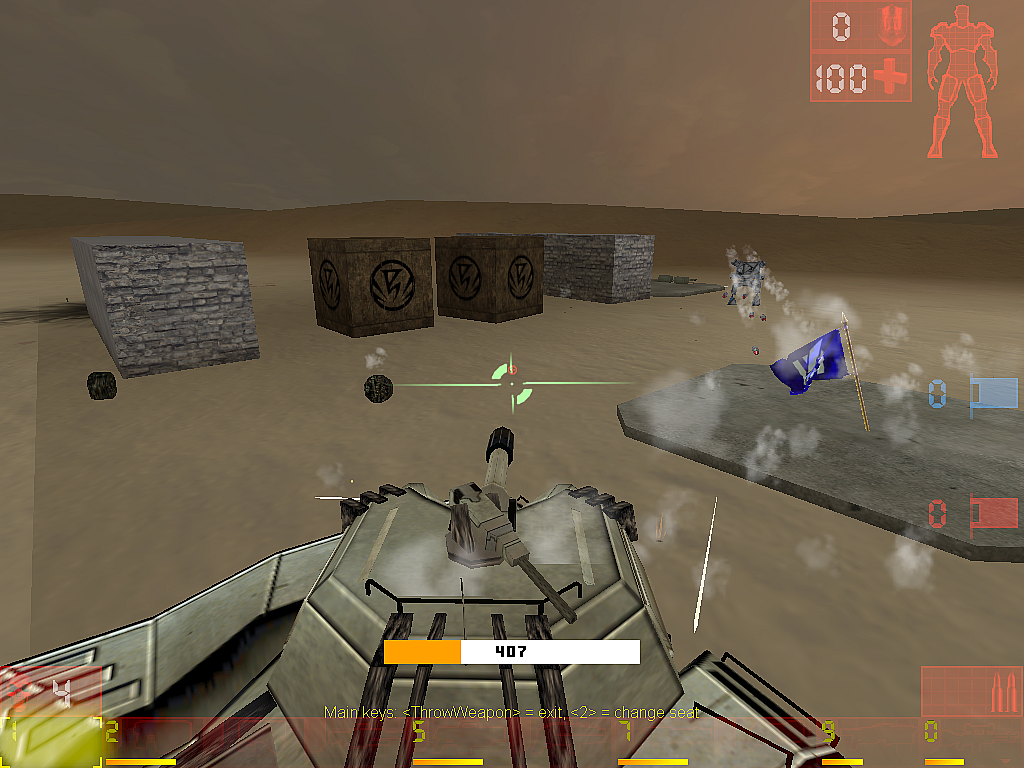 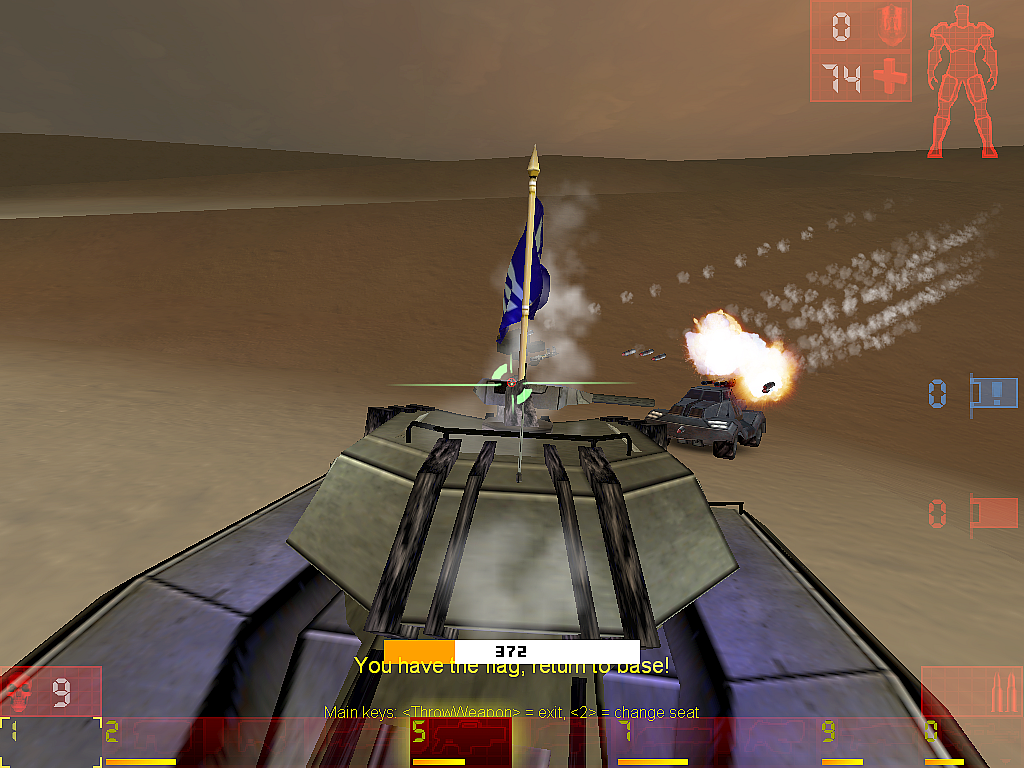 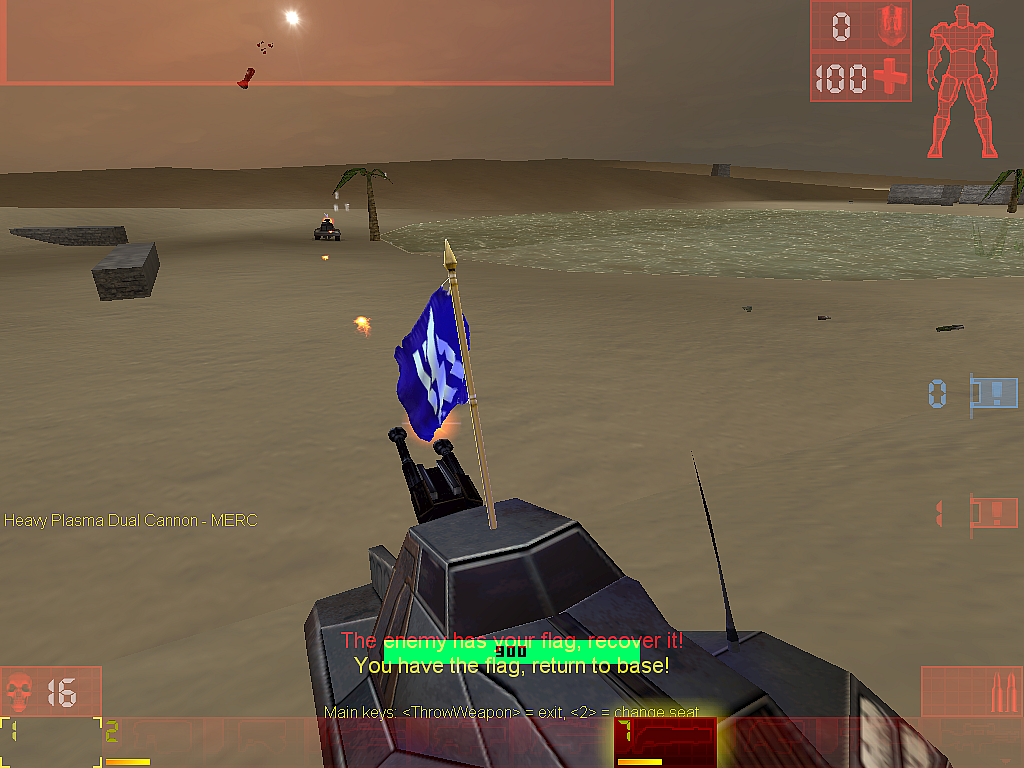 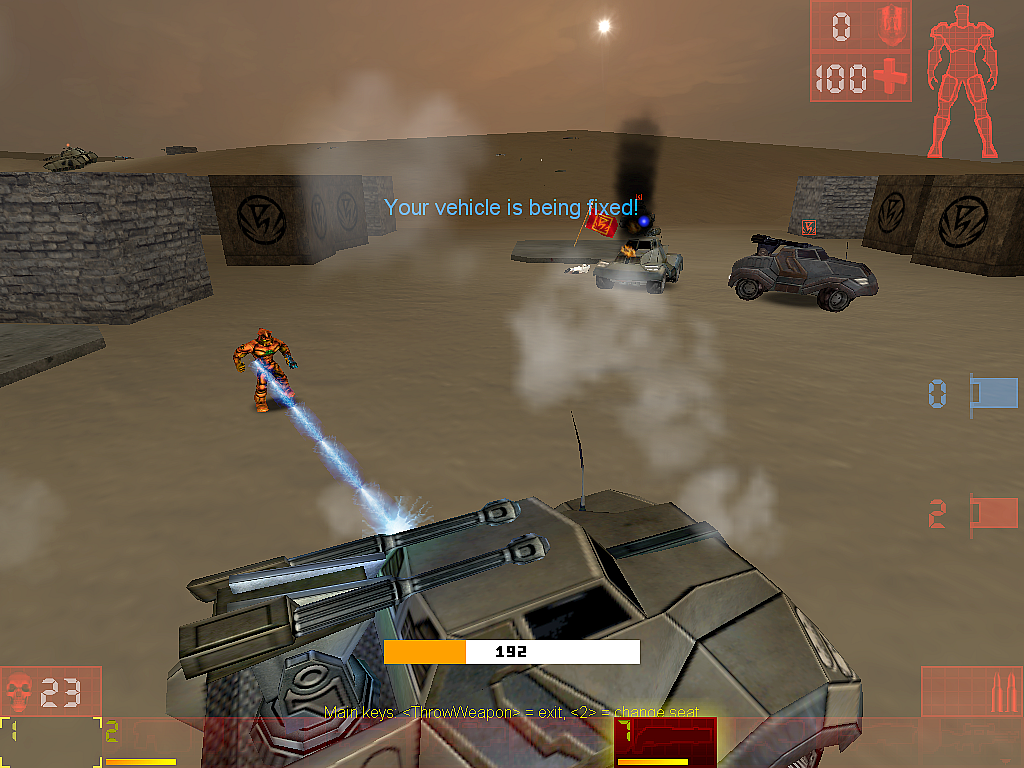 Good map, nice flow, LOTS of open space. Bots handle the map well and the vehicles too... I hadn't played any of the updated versions of X-vehicles prior to this so the repair gun was a pleasant surprise.

Bots got in and out of vehicles often for play, which worked out great.

By happenstance, a Team Orbit mech was on the Blue Team and had, as usual, an unfair advantage... what with its built-in weapons, which apparently it could still use even when it was in a vehicle.
http://unreal-games.livejournal.com/

I don't know if this due to the way the map is designed but I'm liking how well bots play on this map. I haven't checked CTF-XV-BloodGulch yet but I'm seeing a lot of diverse behavior in the way bots play on this map, which is neat. I wonder if I'm the only one seen this... found that bots driving jeeps seem to work as part-time taxi drivers - saw 2 bots in a jeep, as it started to turn away from enemy base, passenger/gunner bot got out and continued forward while jeep returned. Maybe just a coincidence, but i assume AI/CTF programing still works on vehicles somehow aside pathing.

Some things I noticed for Bot vehicle behavior:
+ rush: drive straight to enemy base - more on jeeps
+ they drive around friendly base or close inventory near flag (defend?)
+ they bob-n-weave as they advance, sometimes around other friendly vehicles (support?)

Overall it plays really well, bots seem to control certain zones of the map and tend to work together even when using vehicles from my experience.

One issue I noticed was that bots tend to get stuck with the jeep around the boxes that surround the flags. The seem to think they can squeeze between them maybe? Another one is also related to the jeeps; I assume they 'think' that they can clear any obstacle when they reverse, but end up driving into another portion of the long 'concrete' wall around flag zones.
Top

On the Red Side, bots in tanks tend to get hung up on the boxes near to where they start quite a bit.

Map could do with some health and armor too, for surviving incoming fire when jumping out to get the flag. As it is, I'm tempted to use the ammo & health regenerator I usually use for MH.

Been playing 4 to each team.
You do not have the required permissions to view the files attached to this post.
http://unreal-games.livejournal.com/

440 OpenGL - a borked "sun" can be seen... Those textures need to be "masked" for having a normal aspect.
Oasis_v3.png
And paths are not paths for original UT game...

It's Original CTFGame + Original Bot and None XC things used... Either way XC Paths here do look more recommended than more over 30000 ReachSpecs out of stock boundaries.
That's all about XV (= 469 only) chapter for me.
You do not have the required permissions to view the files attached to this post.
Top

YES!! Finally a great desert map! Love the theme, the dunes, the water (especially the water, wowee nice splash effects). Could spawn a huge number of bots for a real battle here. Cant say I have complaints (maybe more cover, but then that would just not fit the theme).