Looking for ideal maps to edit with XV I used some basic criteria, chief among them was BIG but also, I figured maps that were originally intended for SLV/RX would be pretty ideal too. 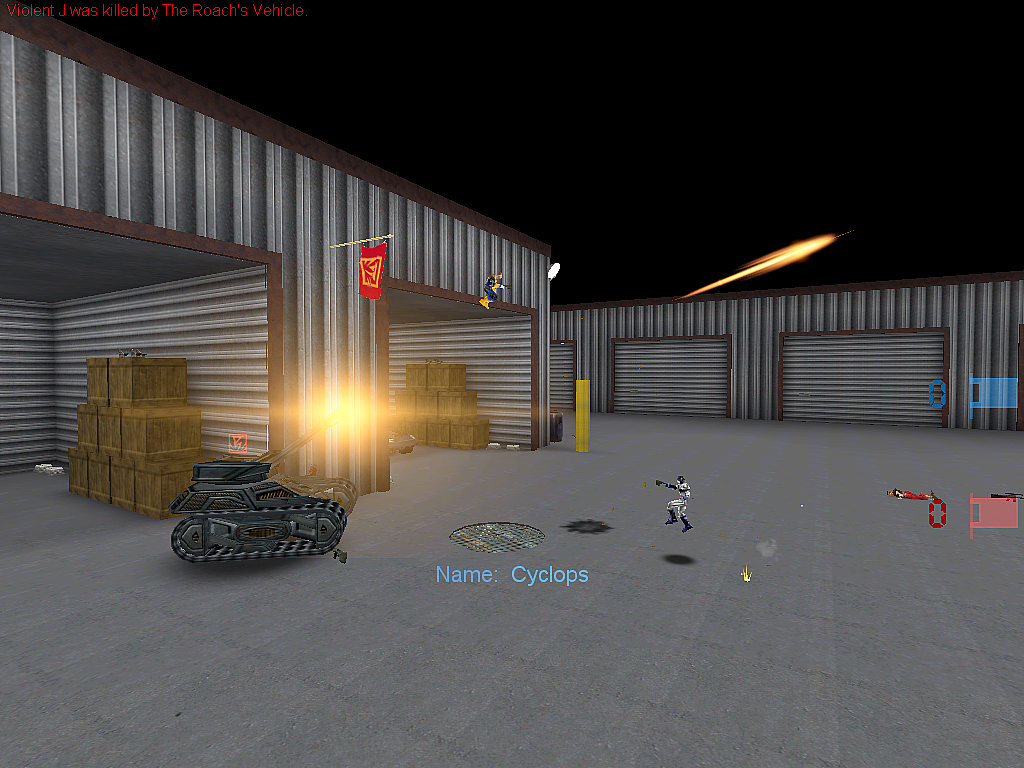 This is a massive map, rectagular overall, of a storage place which has 2 parking garages on either end. It's technically a bit GIANT SIZE though not as much as some maps, you place any player next to a garbage can and it makes the player look about 4 years old or so in comparison; relative heights.

Map originally only had redeemers on it, I added a FixGun to the very center of the map and placed 2 WeaponLockers on either end. 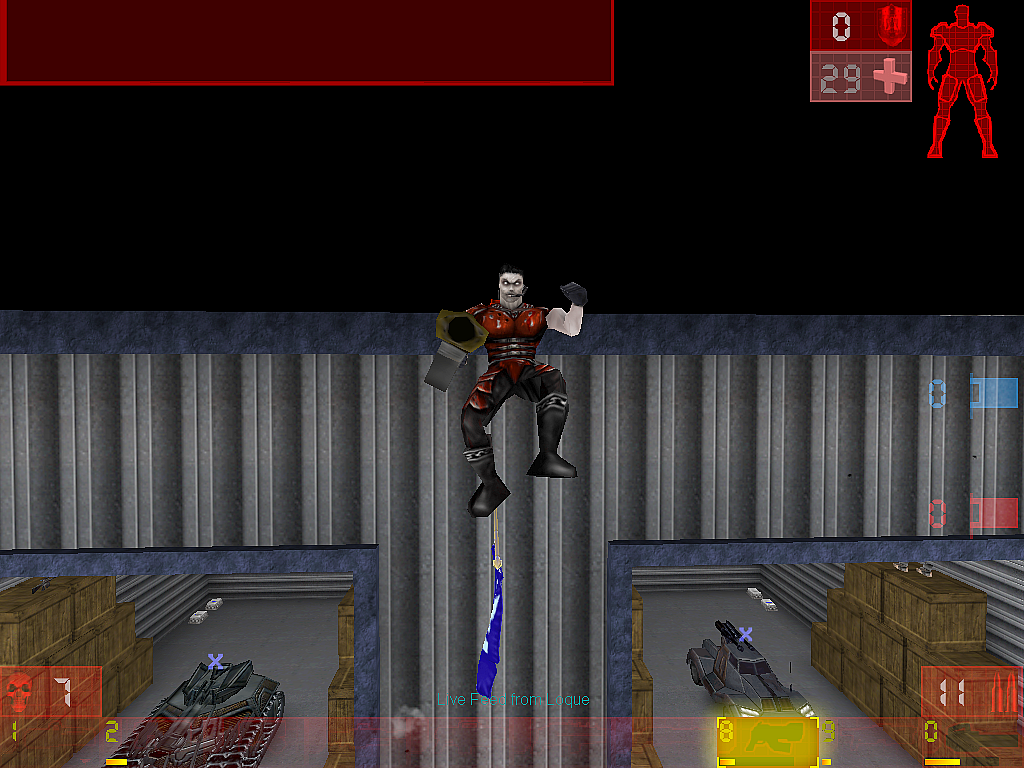 As this was intended for flying vehicles originally, the flag is situated in such a way so a player flying by could grab it without leaving their craft, though there's also a jump pad in front of it so players could bounce up there. Admittedly, I didn't realize that thing was a jump pad, certainly doesn't look like one, so I placed jump boots directly below the flag.

Left them there in case anyone else was as confused as I was.

While I did remove most of the redeemers... 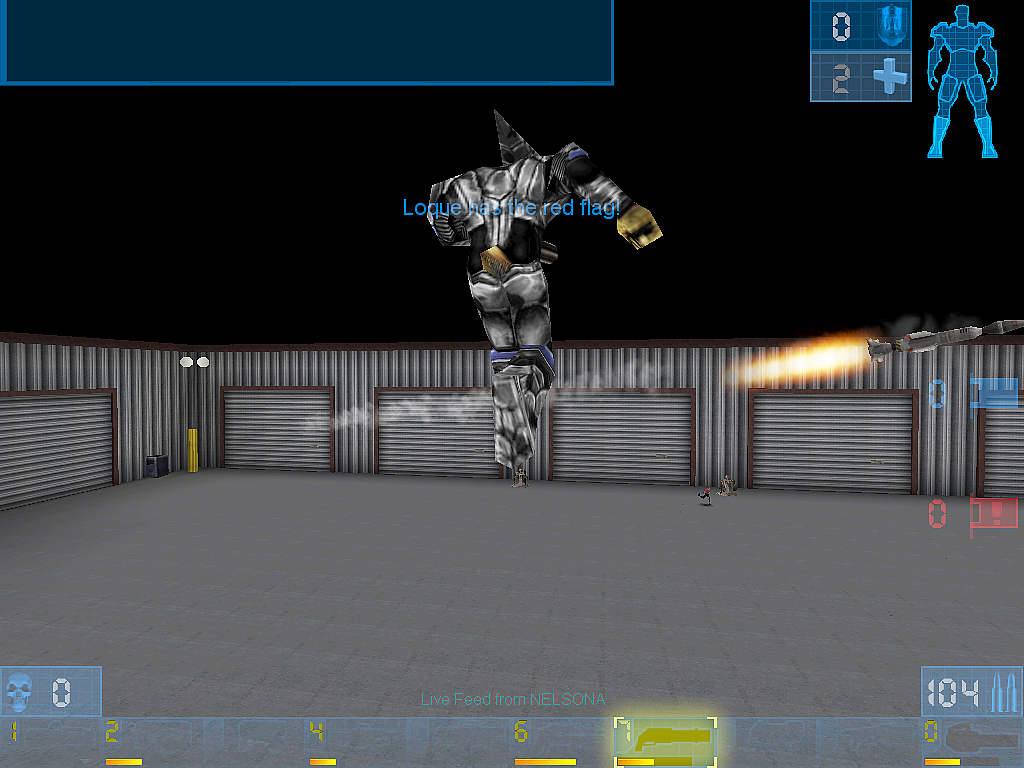 ...I didn't remove them all. This was both for anyone that might wanna try SLV vs tanks & jeeps as well as standard UT weapons are not great at destroying XV, so having nukes might be useful periodically for a defense if nothing else.