Tutorials and discussions about Mapping - Introduce your own ones!
Post Reply
1536 posts This is so quiet now a days, what happened here?
Top

Isotoxin wrote:This is so quiet now a days, what happened here?

it does seem like mapping is dead - not really - there's some other's maps in dev, like redFist's but he has his own thread for the map...

I have been working on three huge MH maps, but have been too busy to take any worthy screenshots to post ... there's texture misalignments all over the place and crap lighting in parts - all stuff to clean up AFTER the maps gameplay is fully working and tested - just getting the gameplay and massive amounts of triggering and bots to work is taking a lot of time... maybe i could post some new super impressive 4000 brush wire-frame images, lol?
-=FraGnBraG Level Design=-
>>>Band-Lab<<<
Download: CTF-DMU-ClusterFkk
Top

Just a few piccys of a little transition area i've almost completed ... the whitish platform is actually a mover that crosses the gap - can you guess what happens along the plaform's slow journey? heh

I'm about half way through the "monstering" process, god it's slow going - maps at almost 3900 brushes now, and there's 15 music changes, lol! that's a whole CD's worth of tunes!!! well, each new area has it's own tune and action music, so all my unreal temply/castley favs are in there ...

to me it the map doesn't feel as big as genmokai's last mh map (which was awesome, btw), but i do think i have actually a bigger worldspace based on what's in the editor

in Temple of Dragons you feel like you went on a really long hike, but by backtracking over the same places (since the first half is arranged in a cross).
The last half of my map is a large separate area which is pretty open - nice change from the over-complex first half... 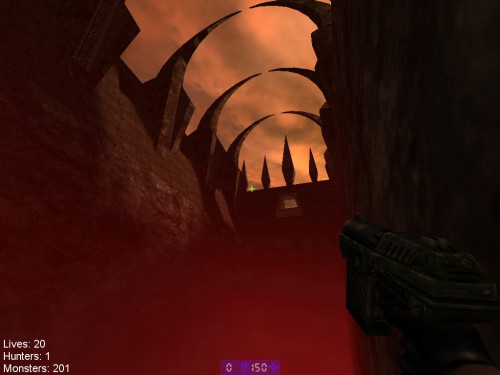 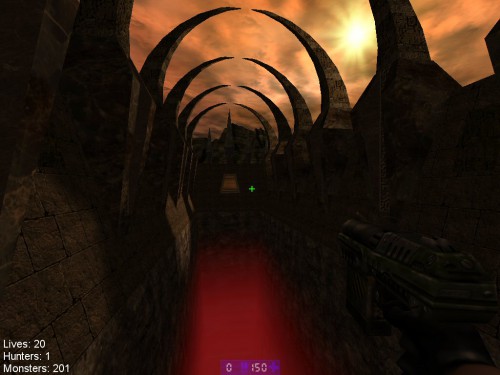 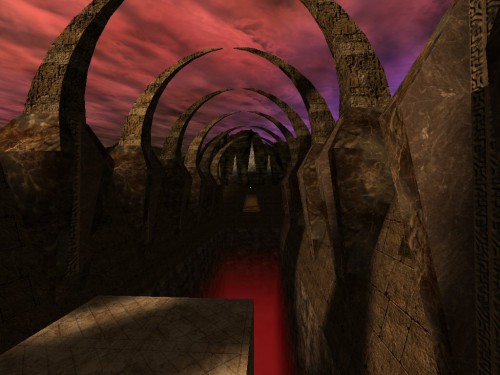 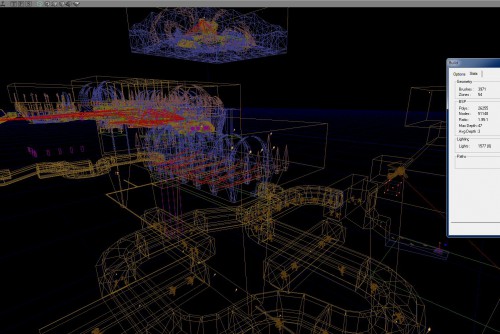 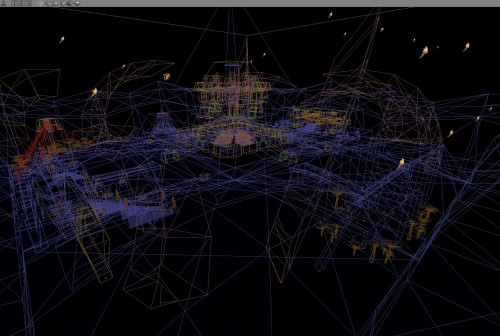 He he he, wait til you have to path-node it.

Sections:
a) Higor, can you give me an small example of code meant to clock a script using default stock features? I wanna see in such map how long takes a "foreach".
b) In default MH which is not encouraging Noob play with regens, people need healing spots and ammo spots. If map is loaded with such spots and nodes probably will bypass DevPath (if is supposed with Bot Support) making it out of duty. Else map empty without Bot Support = 0 interest from me.
c) A high loaded level combined with a lot of server-tools will cause unexpected troubles 80% guaranteed.
Exactly such levels I avoid into my MH.
Top

a) You cannot, you may be able to do it via XCGE's appSeconds() function, which is available since r9, appSeconds() keeps running regardless of ticks.
Before super long iterator, do Time=appSeconds();
After the long iterator, Time=appSeconds()-Time; and there you have it.
Just use a simple actor from a lone package, summon, run iterator in PostBeginPlay() and you won't have to pollute any of your projects.
Be adviced that appSeconds() isn't scaled down by most timing fix formulas so you may get weird clocking on systems that have timing issues.
You may still incorporate it into a big mod and prevent said opcode from running in non-xcge systems with the proper checks...

b) Healing checkpoints, add on between major mission steps, they can come in any form.
- HealPod type zones.
- A couple of fast-respawning kegs, and a few one-way paths after them so bots don't come back.
- Fancy field that heals up to 199 everything that touches it, covering all the passage.
Also, space out PathNodes. It's not difficult to create an optimal navigation network... for a top level path noder (and maker) that is.

Well the basis of this TOD map _was_ a working ut assault map with all 15 fort-stands and lots of associated dispatchers etc. At one point the map did suffer from the "1000 pathnodes" curse, but i did fix that. by simplification of the path network.

I'm not overly concerned about BOT performance in these MH maps anyways - lok at the large MH maps of Derdak2rot, nr2000, xyz8000 and cardiolgist as range and scope examples. Most of the MH maps _I_ really like have compromized or even broken path networks, and since those represent the types of MH maps that _I_ want to create, then I can live with the bad bots, if they turn out to be bad little robots.

Of course, beta might show the map needs to be smaller to work better, that's okay too - bots would like that situation better of course ...
anyway, what do i know? I've not released an MH before, and I could be dead wrong about a lot of things in the map... hopefully, the helpful ut99 folks will help me fix the flaws...

note the other two MH maps are in much better shape, so i'm focusing on this temple map since it needed the most work - what i learn from this one can be applied to OrionsCurse MH maps - each of which contains some new previously unreleased sections

I was trying this add-on, I don't know what I need because it looks uncompilable in my environment even having engine declared into ini.
Top

Declare the function in the same class, you can use any function name if you want, but the function type, parameter count and opcode number have to stay the same.


Ontopic, map isn't mine, but I think I can convince the author to post it here.
If you want to test it: http://www.unrealkillers.com/f17/ctf-mayak-5476/
Works for both CTF and Siege, although you're going to need a FerBotz waypoint file if you want bots to piston launch into the light tower island and use it as attack route. 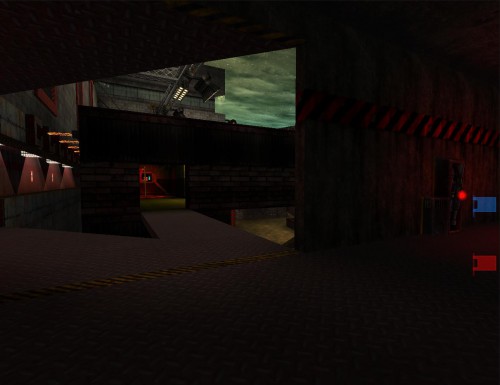 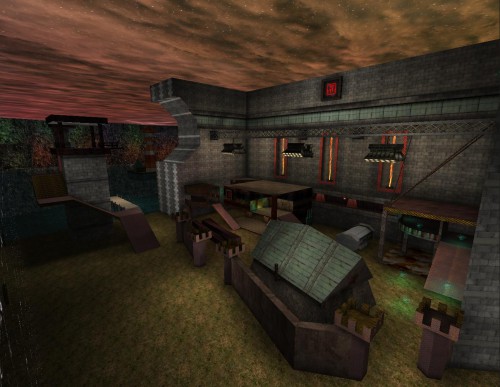 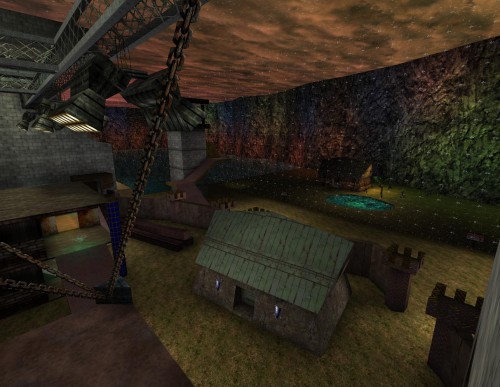 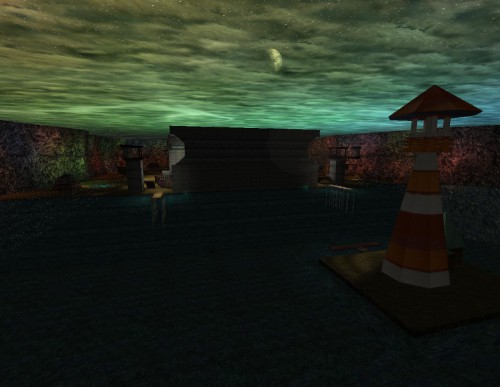 so i figured, okay - let's see how they do... i pathed the first 3 sections in a minimalist way and ran map up to the point i completed the paths, and wow is this working great!! they burn through the monsters, while i stand back and watch, lol! get this - they buggers even take the objectives and flock to the waypoints like good little robots!!! except for one area where i had a bad lag-out for about 30 seconds (probably spawning too much at once in an area that's has tons of volumetric lighting) ultimately causing a failure of some sort where a critical boss did not spawn... oh well, not sure whats up with that.. i'll see how far i can go with pathing the rest...

btw, did you do the keypoint_spawnpoint and keypoint_creaturefactory in RedFist map?
If so, can i use those ... that would help simplify the pathes a lot i would guess ....?
-=FraGnBraG Level Design=-
>>>Band-Lab<<<
Download: CTF-DMU-ClusterFkk
Top