Tutorials and discussions about Mapping - Introduce your own ones!
Post Reply
1541 posts

great! you will get a great big credit Higor

btw, the boss was fine, i just missed the spawnpoint on a rename of the source factory - stupid me ...
-=FraGnBraG Level Design=-
>>>Band-Lab<<<
Download: CTF-DMU-ClusterFkk
Top

For the sake of not taking up an entire page, here is my first ever UT map. I made this a few months back, it's a Deathmatch only map. Tight quarters, 2-4 players. There are two flak cannons, one shock rifle, flak ammo, 2 medkits, some health vials, and a UDamage in Trans/Impact distance. In the middle is a constantly moving canal of acid, drowning and melting any combatant who jumps in. The arena itself is symmetric, with a single hallway leading to either red or blue base. However both bases have a teleporter at the back of either room their respective hallway leads down, to prevent camping but giving combatants a chance to be alerted when someone is behind them (or in front). Above the arena is a lovely scene of the massive district towers, nearly scraping the very clouds above the city itself. There is also a hallway civilians may use to pass above the arena to witness the combat below during Tournament play.

Description:
DM_AcidPit, 2-4 players
"Despite being in a rougher part of the city, district housing closest to the arena starts at prices no average civilian could hope to pay. Only those who are able to afford life insurance and body guards may purchase licenses from the Liandri Rules Board, to be as close to the combat as possible."
<<| http://uncodex.ut-files.com/ |>>

where is the link ?
Top

I do want to eventually begin work on a second map with a hell theme, but I need to learn how to do better brush building.
<<| http://uncodex.ut-files.com/ |>>

combine 2D editor, use vertex manipulations and this is rather easy

good luck, remember that I always can help/ answer some questions if you need. ok :p stop derailing the thread ;p
Top

As my first map is DM-FakArena (beta release in another thread), I started working on second one i meanwhile and some screens from it, enjoy or not

@Radi, if you don't want to leave the editor to take screenshots, at least hide the actors (right-click the top of the viewport, then Actors-->HideActors). Those screens would look a lot better without all of those apples and torches floating around. Just a suggestion

I want to release screenshots of my next map as soon as it's done, but first does anyone know of any Doom .umx files I could use? I'm specifically looking for E1M8 or "Sign of Evil" from Doom. The map is almost done, it's a 2-3 player arena but pathing/weapons have to be set. 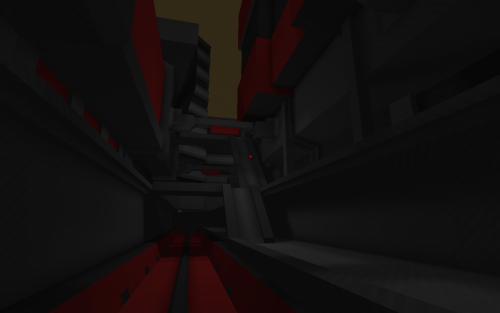 Basic brushwork, 8 hours, ~900 polys, ~1800 nodes, no optimization. Haven't touched UnrealED in a couple of years, and NR development has stopped (although it's basically functional), but mapping this is quite fun. I think I'll see how far I can go with this city theme before the BSP comes crashing down.
Support Nuclear Races by visiting our ModDB profile

What's NR, is that Nerf arena maps?
So long, and thanks for all the fish
Top

Nuclear races looks very fun, though I doubt I'd be able to handle that.
http://unreal-games.livejournal.com/


Ah yeah I remember this. It was a blast to play....right up until everyone figured out how to cheat. I wonder if that's why Rex never finished it? Theoretically ACE should stop that way it was exploited so the games would be OK again. Is Rex still around?
So long, and thanks for all the fish
Top
Post Reply
1541 posts