Tutorials and discussions about Mapping - Introduce your own ones!
1607 posts

papercoffee wrote:@PoF
The stairs are very blocky and not so construction like ...you should make there a ladder like stairway.

NY_Condemned_SCR_02.png
You do not have the required permissions to view the files attached to this post.
"Your stuff is known to be buggy and unfinished/not properly tested"
Top

Always feel a bit weird dropping details on an edit I'm working on in this thread, as the original map wasn't mine... but i figure if I do it rarely it's probably okay.

Working on Red_Fist's version edit of the DarkForest map. Primarily with Doom & Quake monsters, also some retro ones (BigMan instead of Brute) and some weird enough unique ones that look enough outta place they fit in with the rest of the insanity.

Starting cabin arsenal (Udoom.u weapons) has been switched to these: 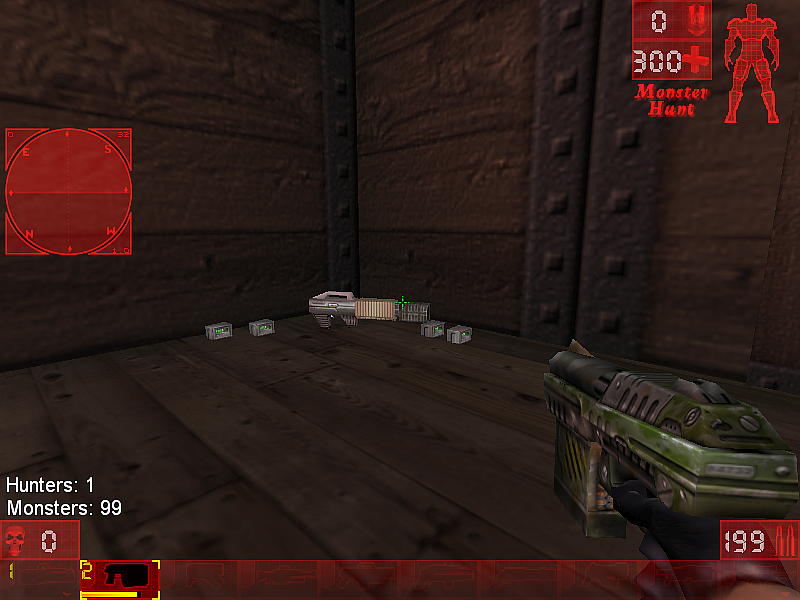 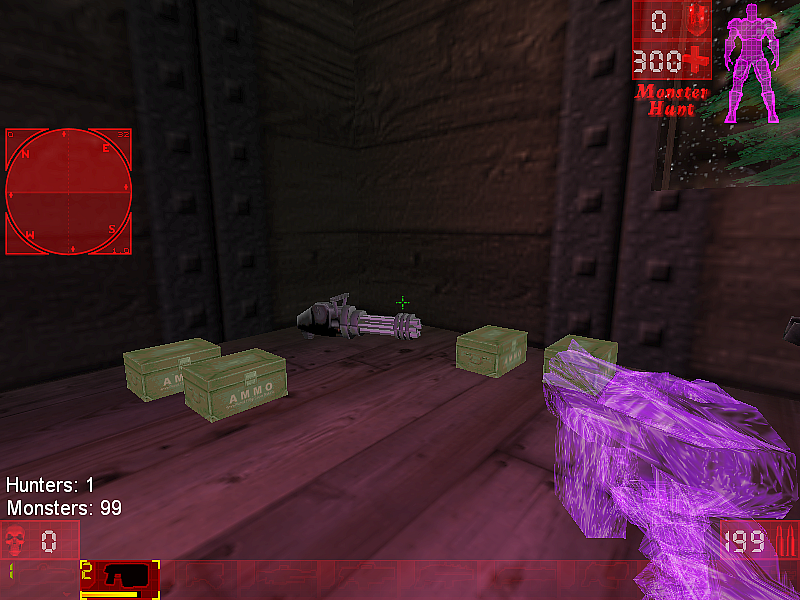 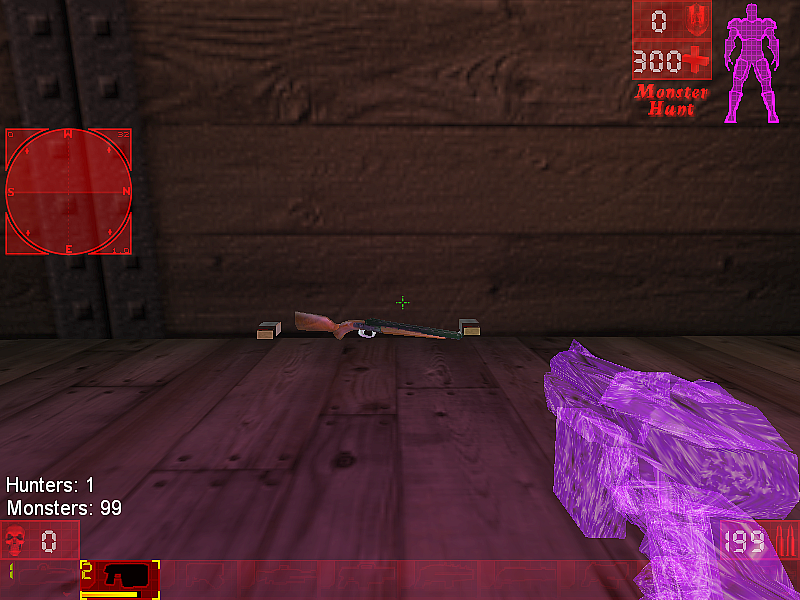 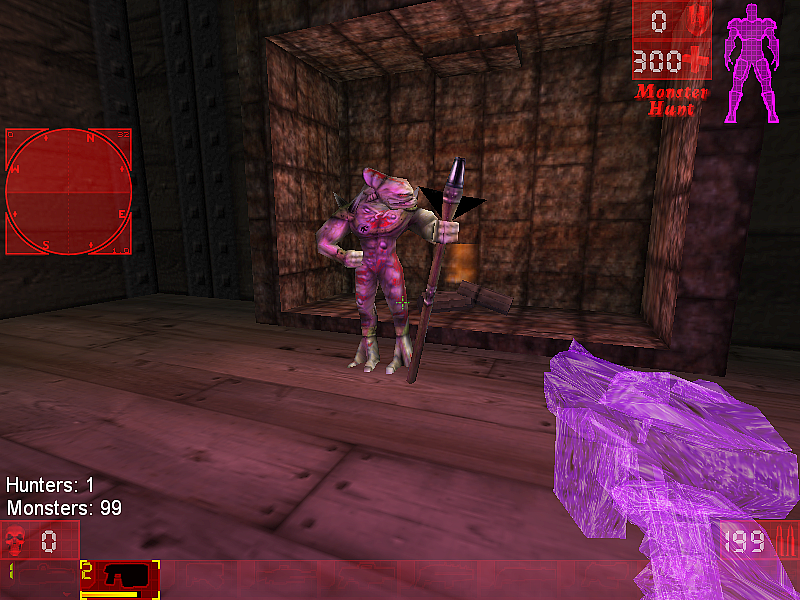 There's 2 more Crimson Guards outside the door to the cabin, and there's a redeemer behind the cabin.

Map also has a Bazooka: 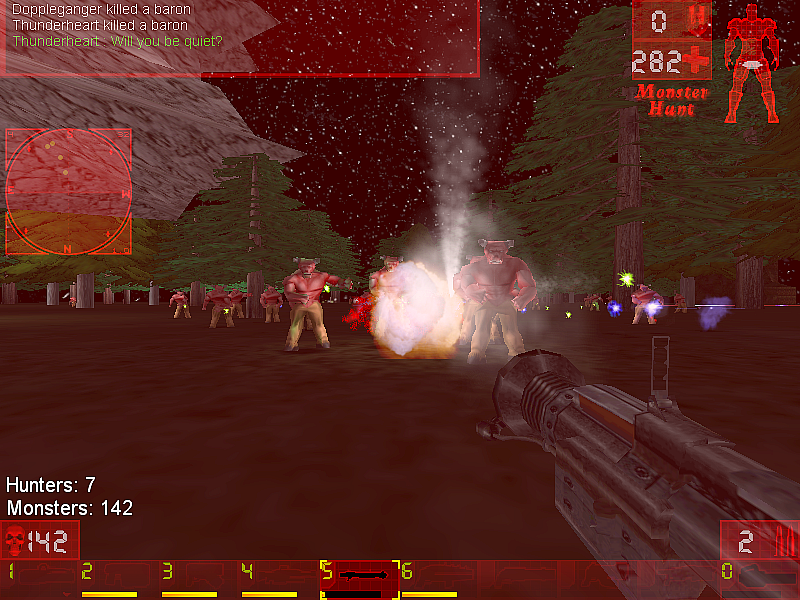 And the map originally had a BFG (Big Fucking Gun) but... 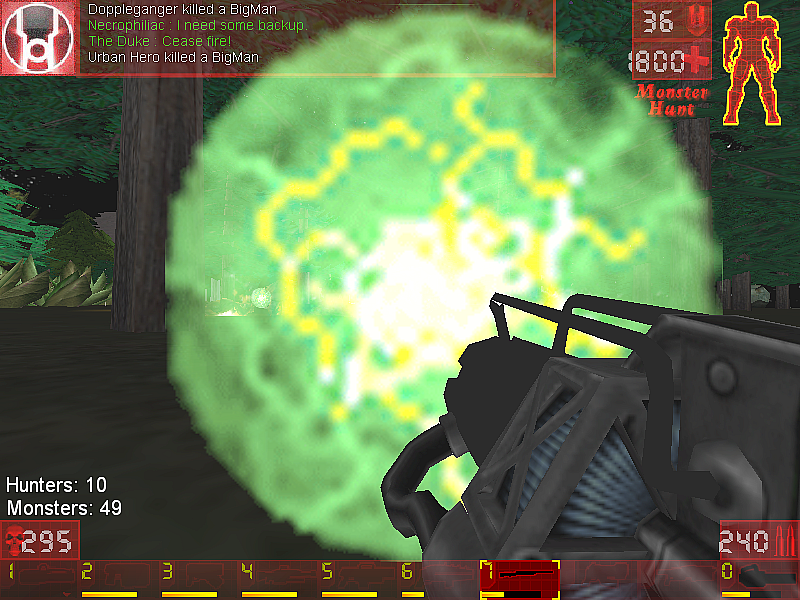 The BFG is, in this incarnation, like a 1980's Ultima Protos. It fires a slow moving pulsing green orb, that looks like realy old graphics, and when it hits it blasts everything in line of sight to 45 health points. Plus while it looks good from the player's point of view... the pickup and when you see anyone else holding it, thing just looks like another shotgun.

I did however give the green pulsing ball of death to all the bosses... 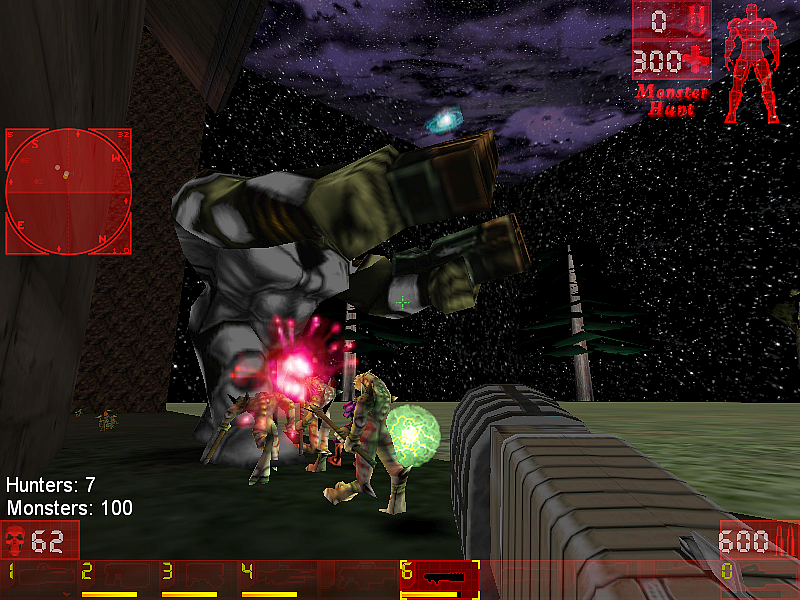 ...so players best duck for cover anytime they see one slowly creeping across the map!

Swapped out the GrimReaper with the Xan monster · viewtopic.php?f=8&t=4177&start=15 · which is good. Even though the thing can't be killed unless it's got its weapons... turns out any weapon will do. It basically locks onto the pathing on the map, grabs whatever weapons it can, and then moves to a great distance away from you to kill you with it. Yes, it can be killed even with one of the player's weapons in its hands... but it's hard to get regardless.

Doing something different with Nelsona's other edit... story for another time.
http://unreal-games.livejournal.com/

Well this is not rly a screenshot, but itìs a vid and so they are lot of consecutive screenshots lol.
I was thinking to release DM-(NotYet)Condemned, without releasing an entire pack due to my missing spare time.
I will release it when I'll fix a problem, when bots try to pass through an hole that brings to the underground, they stuck jumping.

PrinceOfFunky wrote:when bots try to pass through an hole that brings to the underground, they stuck jumping

Have you tried enlarging the hole? I've noticed that bots have problems if the way it too narrow.
And of course you've tried the LiftExit/LiftCenter/LiftExit combo?
"Multiple exclamation marks," he went on, shaking his head, "are a sure sign of a diseased mind." --Terry Pratchett
Top

PrinceOfFunky wrote:when bots try to pass through an hole that brings to the underground, they stuck jumping

Have you tried enlarging the hole? I've noticed that bots have problems if the way it too narrow.
And of course you've tried the LiftExit/LiftCenter/LiftExit combo?

I don't know how to use Lifts, but I tried it anyway and it didn't work.
Fact is, the design will be different if I enlarge the hole:
ohwell.png
EDIT: I enlarged it and they are not getting stack anymore :3 Ty

You do not have the required permissions to view the files attached to this post.
"Your stuff is known to be buggy and unfinished/not properly tested"
Top

PrinceOfFunky wrote:now it seems they always avoid to pass through it.

In such cases the LiftExit/LiftCenter/LiftExit combo has always helped me to show the bots where to go: put a LiftExit (#1) at start position, eg. above the edge of the hole in normal PathNode hight. Put a LiftCenter into the tunnel and another LiftExit (#2) near the end of the tunnel. Now connect them with a unique tag in LiftExit(#1).Lifttag, LiftCenter.LiftTag and LiftExit(#2).Lifttag.
"Multiple exclamation marks," he went on, shaking his head, "are a sure sign of a diseased mind." --Terry Pratchett
Top

Relax, Barbie, not everyone can open a default stock map in Editor for figuring Lift deal, JumpSpot is a LiftCenter and we have maps using them and even with a real lift having the same setup but.. Who cares ?
Top

As I've said before, I'm loathe to post in this thread as I'm an editor and not an actual mapper... but it hasn't been 24 hours yet and I wanted to add 1 thing.

That other UTDMT CTF map I found, someone else's edit of CTF-Fifa, that I posted over in Screenshots for Fun? I upped the ante to 2 UTDMT per team and (as further proof I should NEVER map when I'm about to pass out) I added referees too: 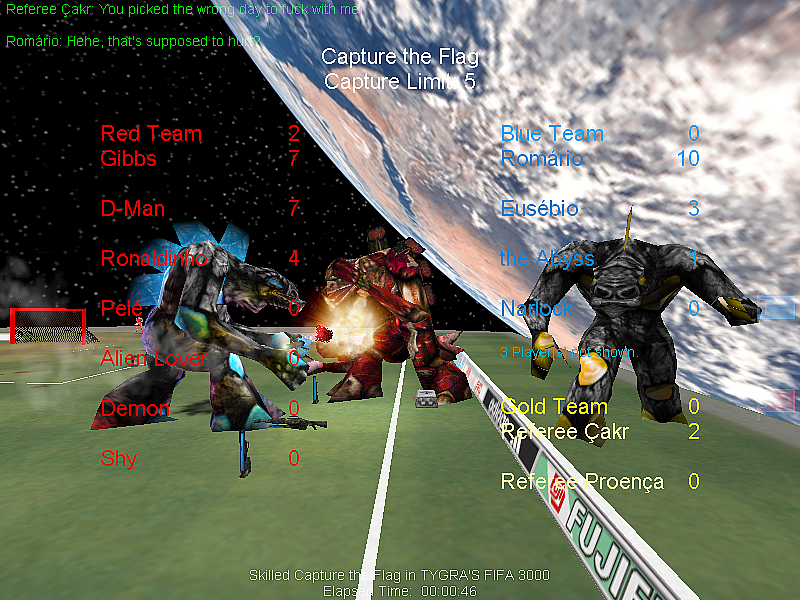 Decided to name the lot of them after famous folks from futbol.
http://unreal-games.livejournal.com/

Are those ut2004 Egyptian textures? They tend to be a bit of a memory hog, is the map bogged down at all??
http://unreal-games.livejournal.com/

Wip: / MH-Turbine project is shut down, so I modified to a Death Match map and maybe to Domination /

Guess I now know where ASLYE702 was hiding

. Seriously, both this Turbine and Egyptian Morpheus were being made by ASLYE before...