Maps, mods and resources ported from or to Unreal.
Must run in UT99 or with Oldskool Amp'd.
Unreal 227 only projects are "Off-Topic"
139 posts

Synopsis: A bounty hunter hired by Inuit Corporation is sent to Na Pali to find the wreck of the Vortex Rikers and recover several experimental military AI implants as well as apprehend any prisoners that might still be alive. This leads to the opening of a true Pandora's Box when it's revealed that the dreaded Skaarj aren't the only enemies around.

Latest News: Episode 2 Part A has been updated with two new monsters and various bugfixes!

Important Notice: This is a rework/remake of a cancelled PlayStation port of Unreal initially developed by Pterodactyl Software, Ltd. Leo(T.C.K.) has recovered almost complete set of maps and is currently bringing them on par with current Unreal versions as well as filling in the blanks with the help of other talented and devoted individuals. Full cast & crew and extended info in comments (in the post below, if you're using the forum to view this).

Repackaged Archive:
(will be maintained by Delacroix) 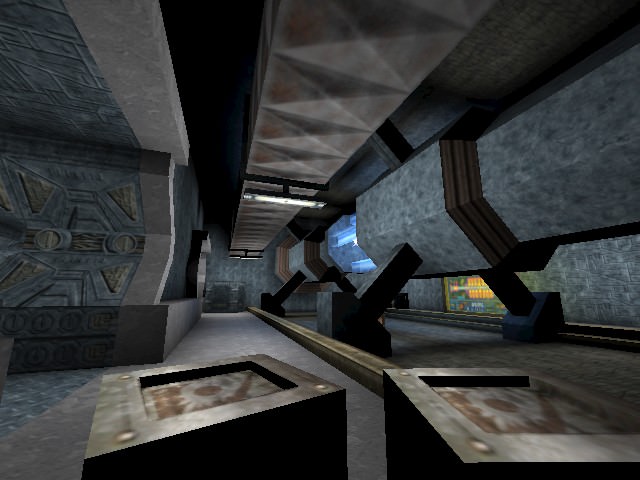 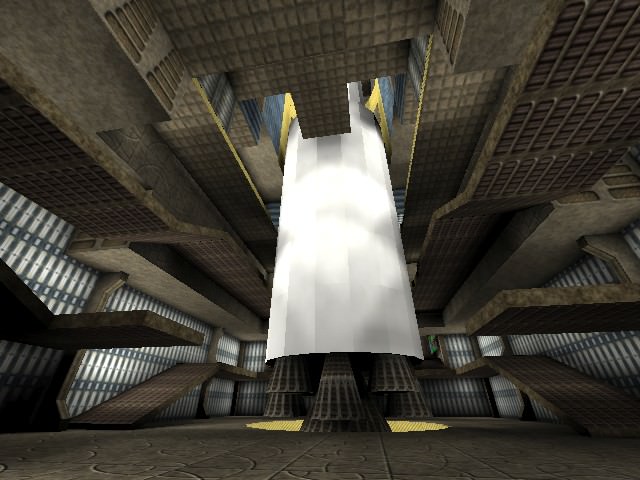 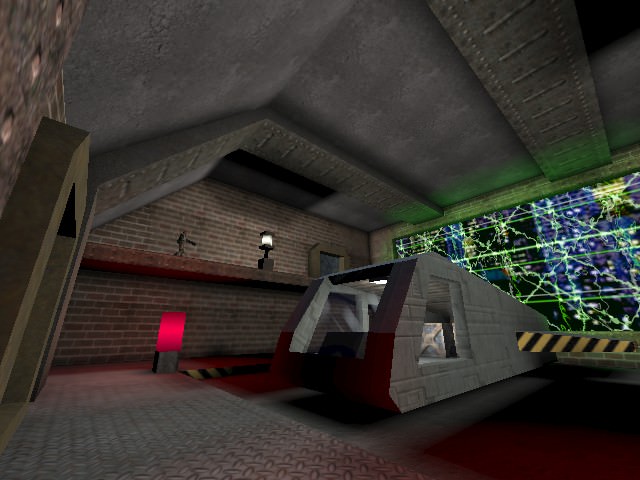 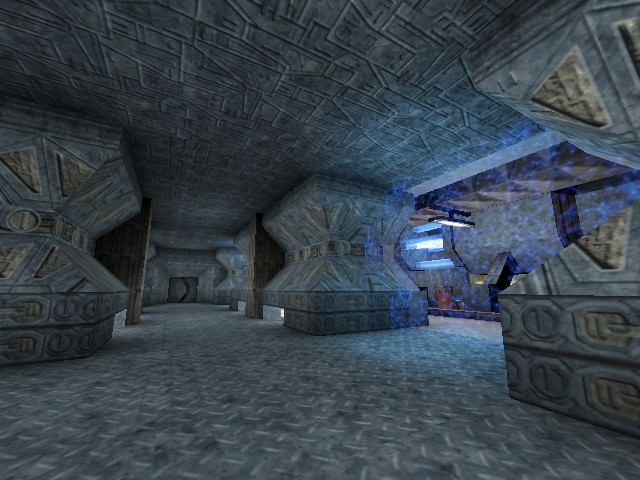 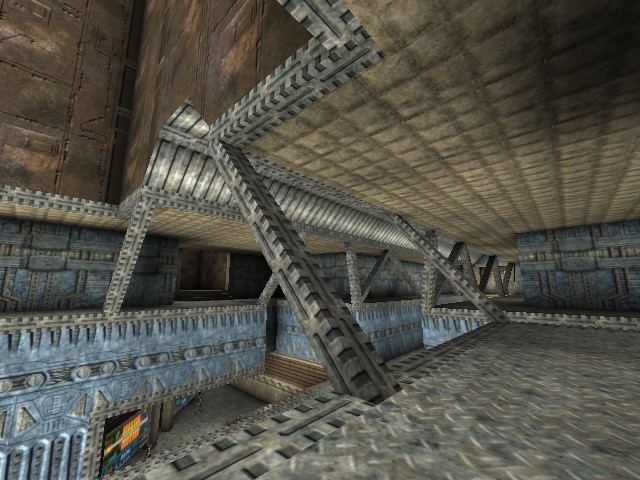 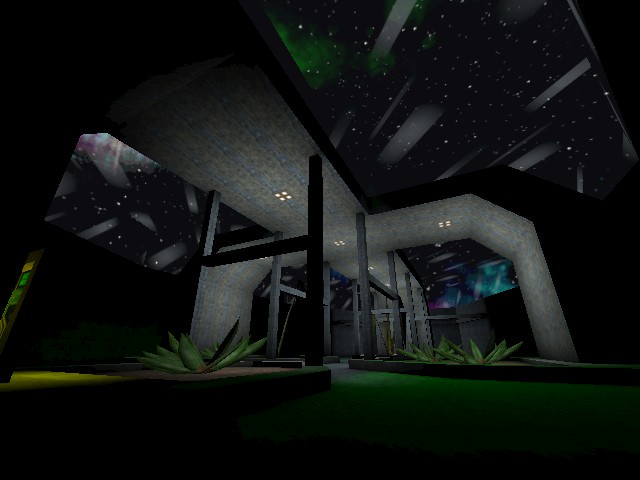 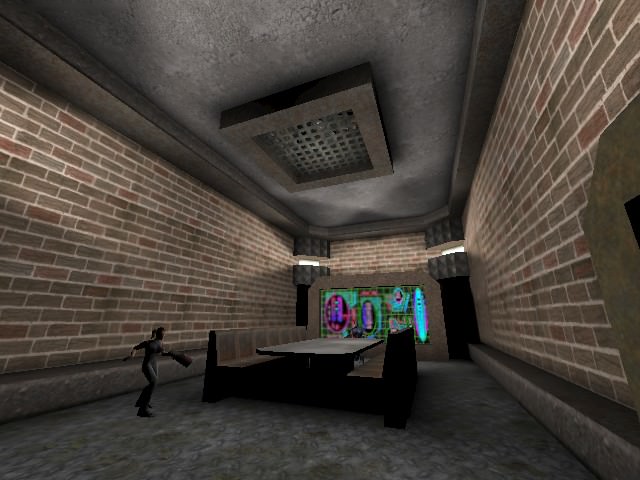 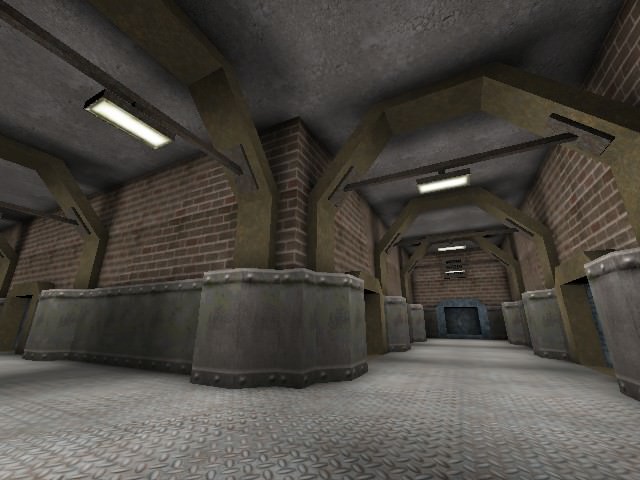 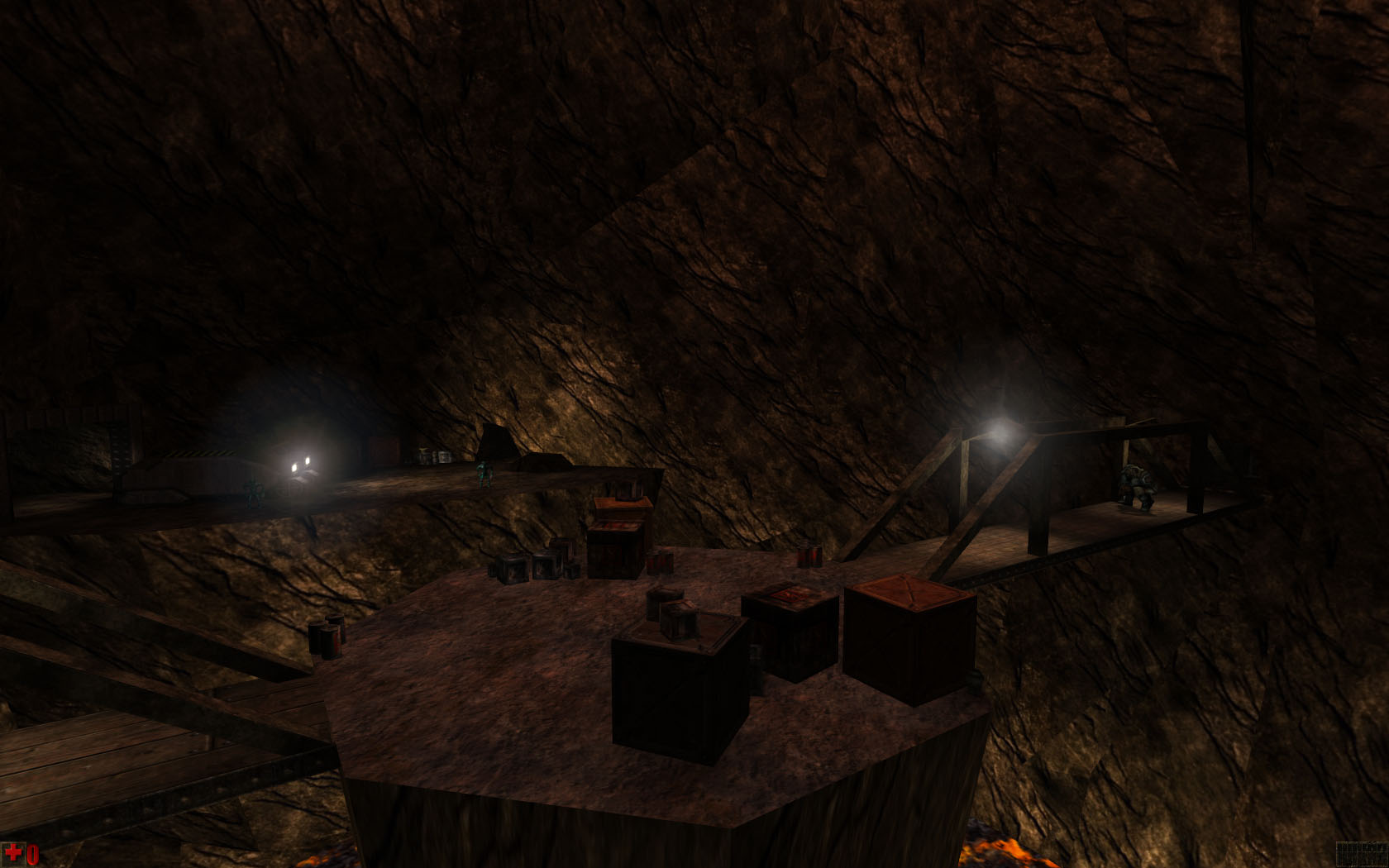 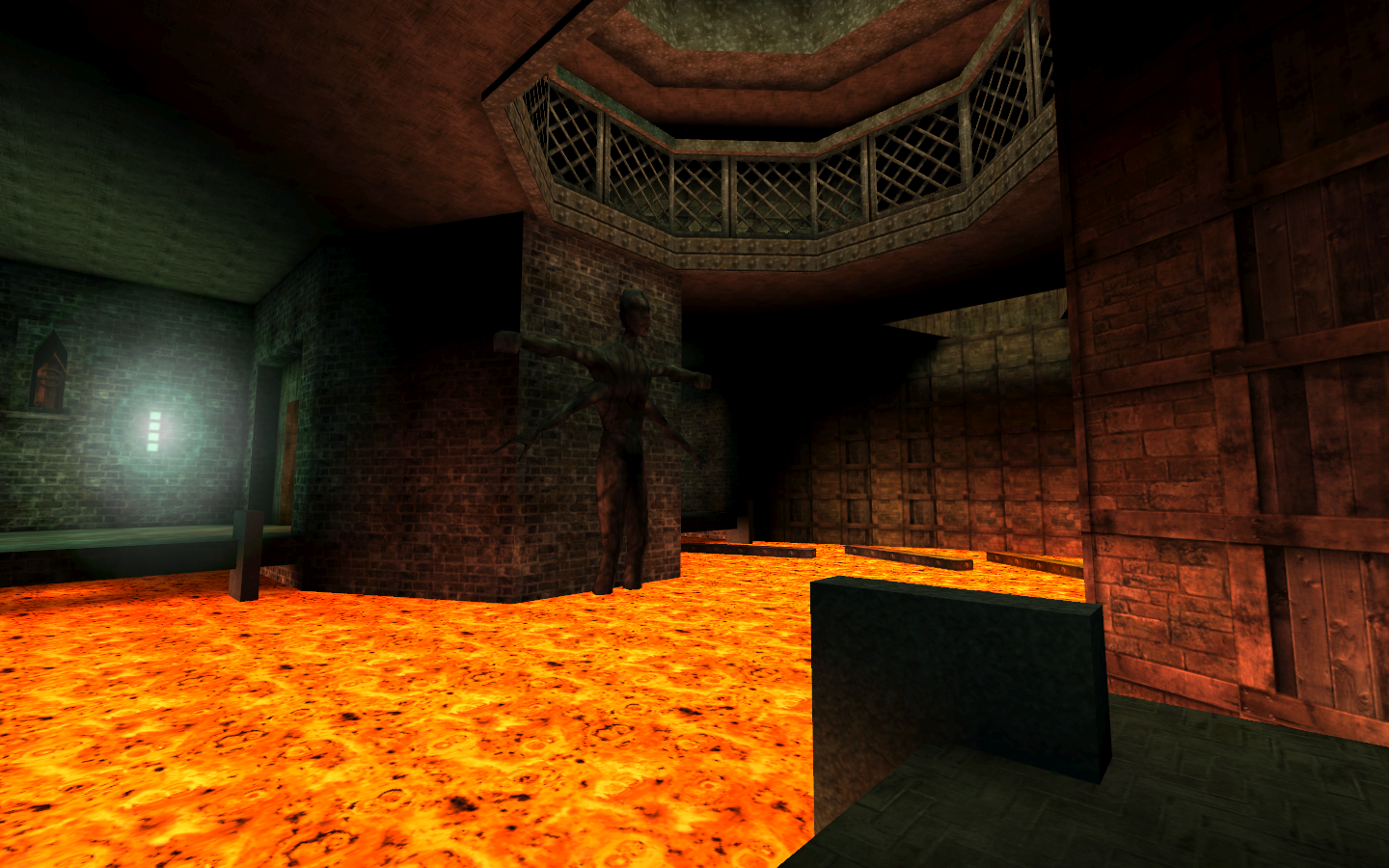 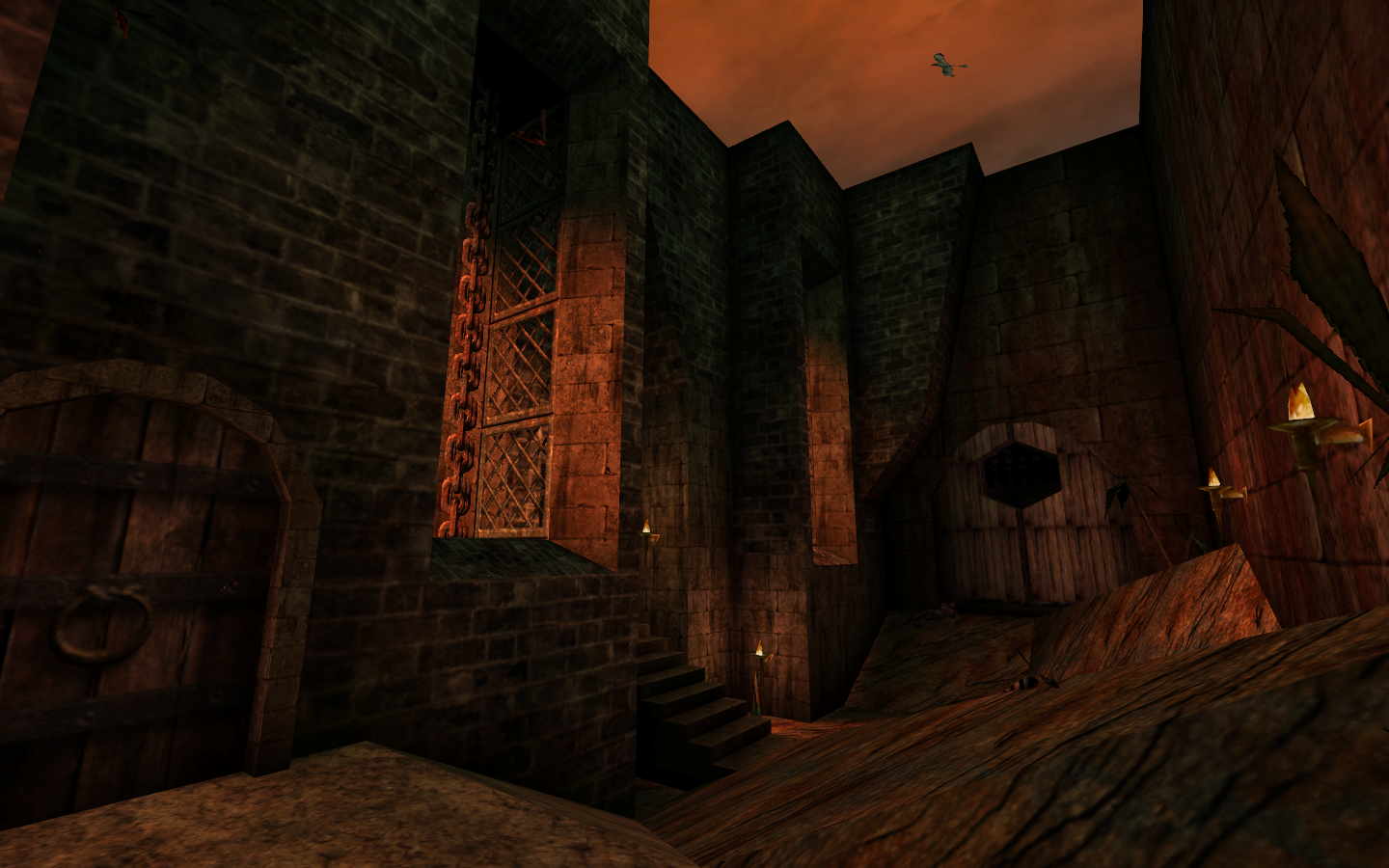 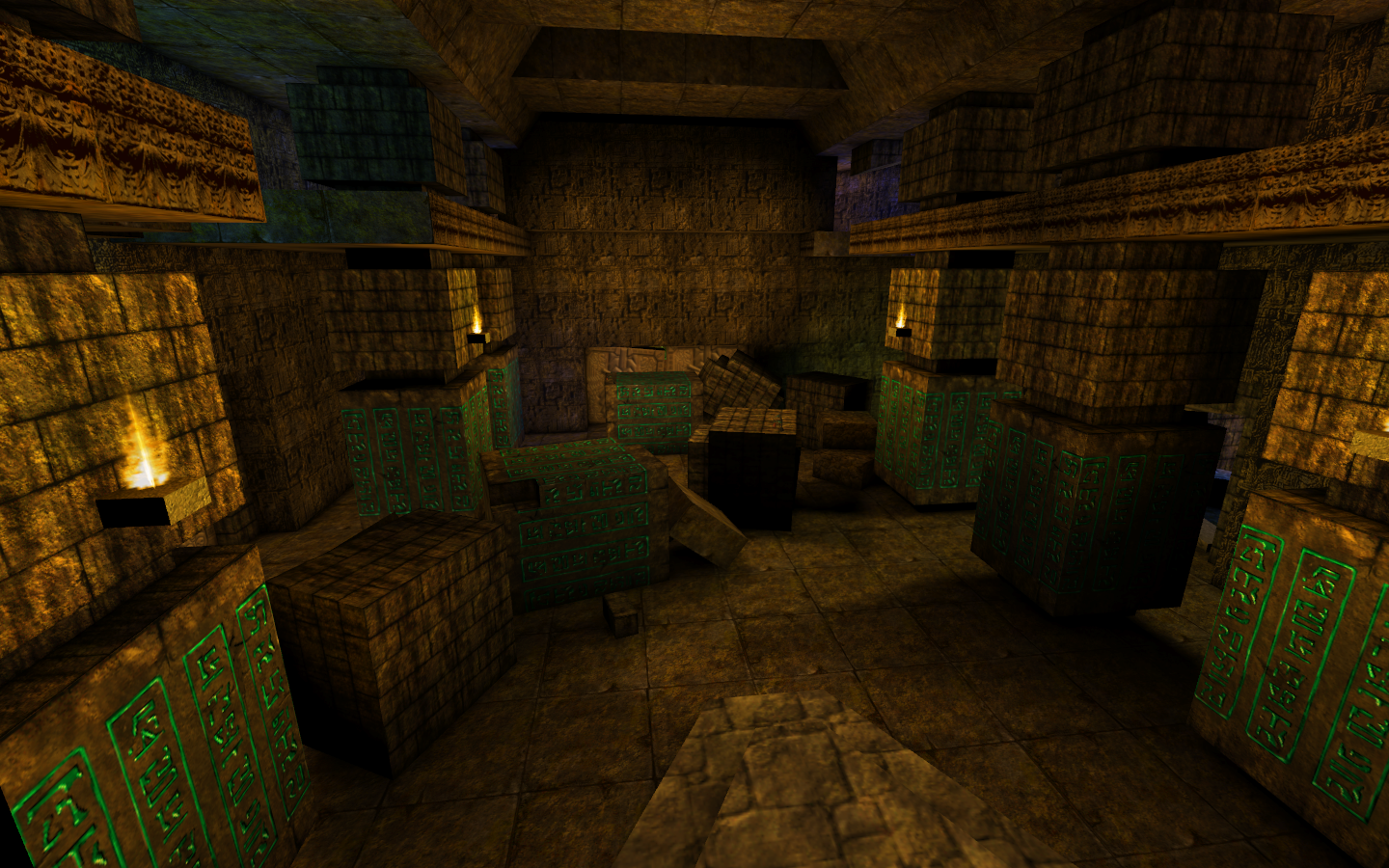 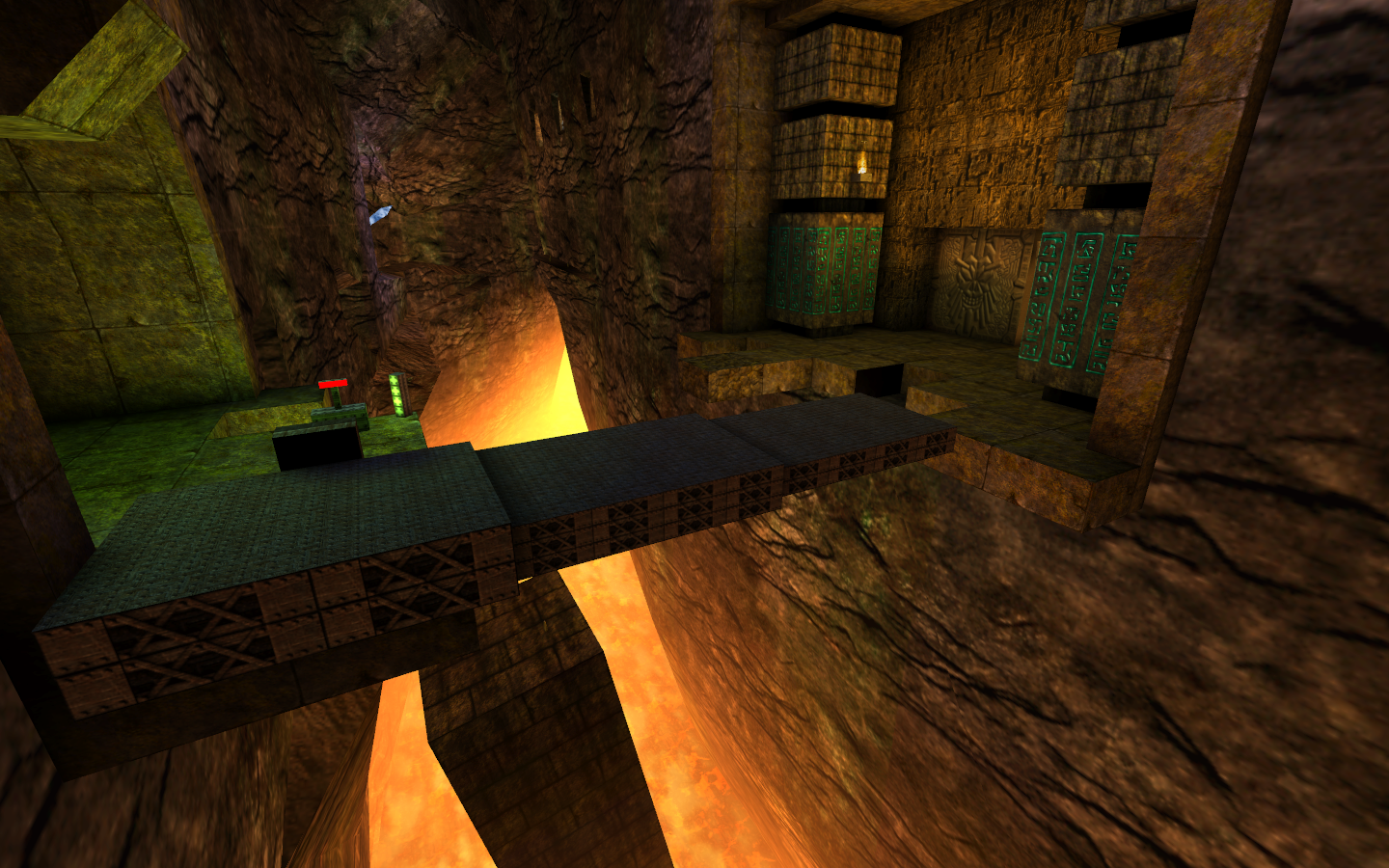 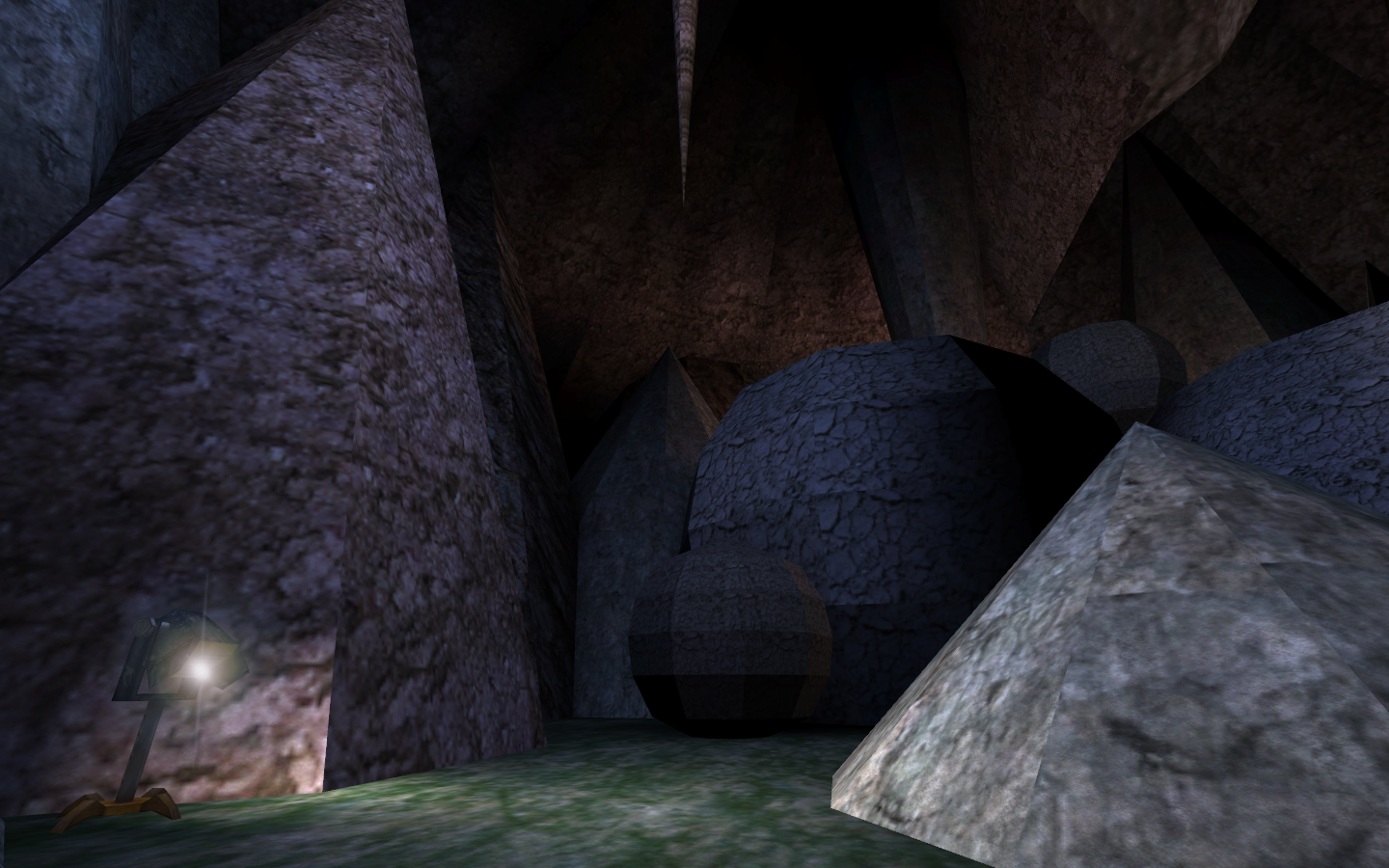 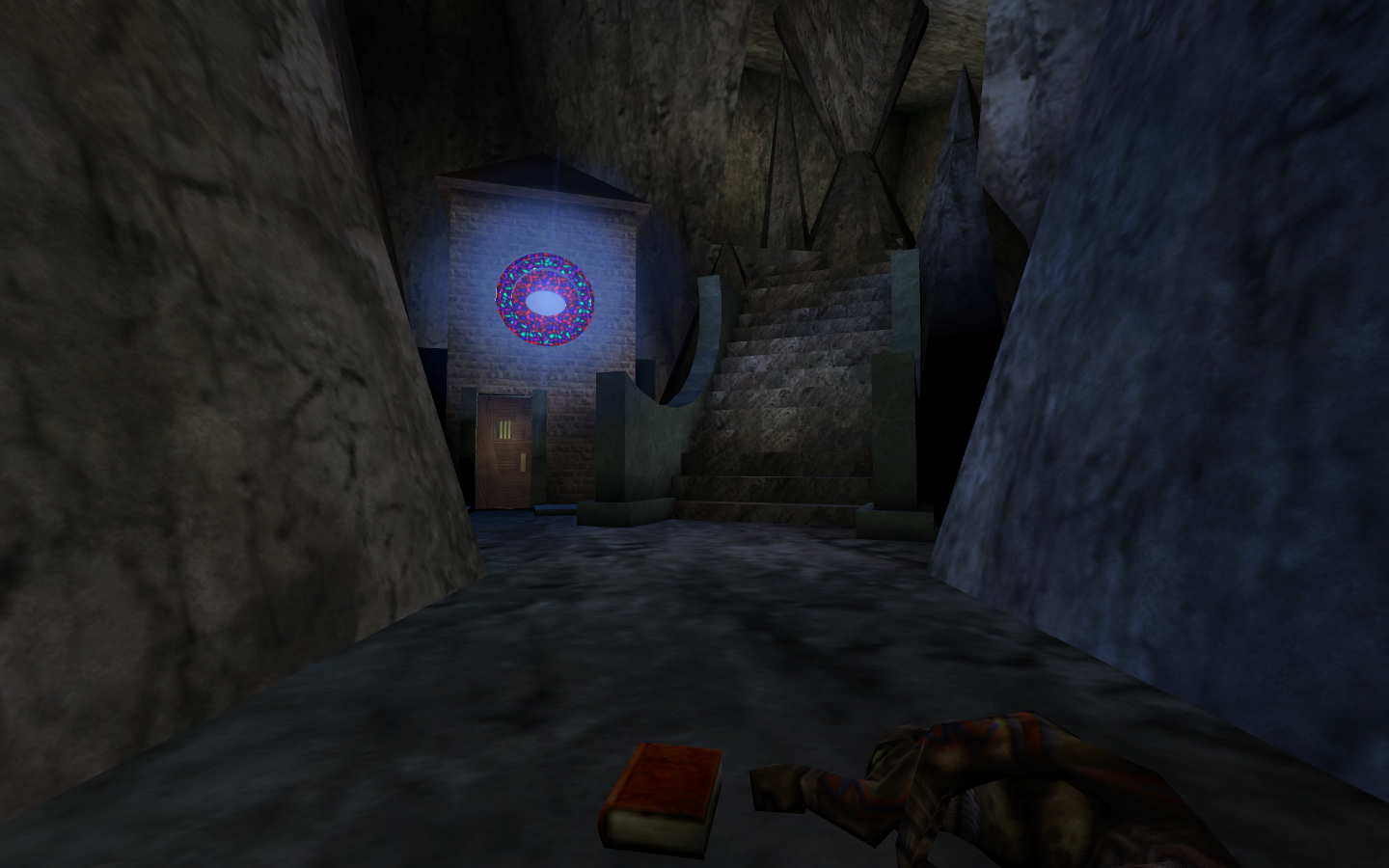 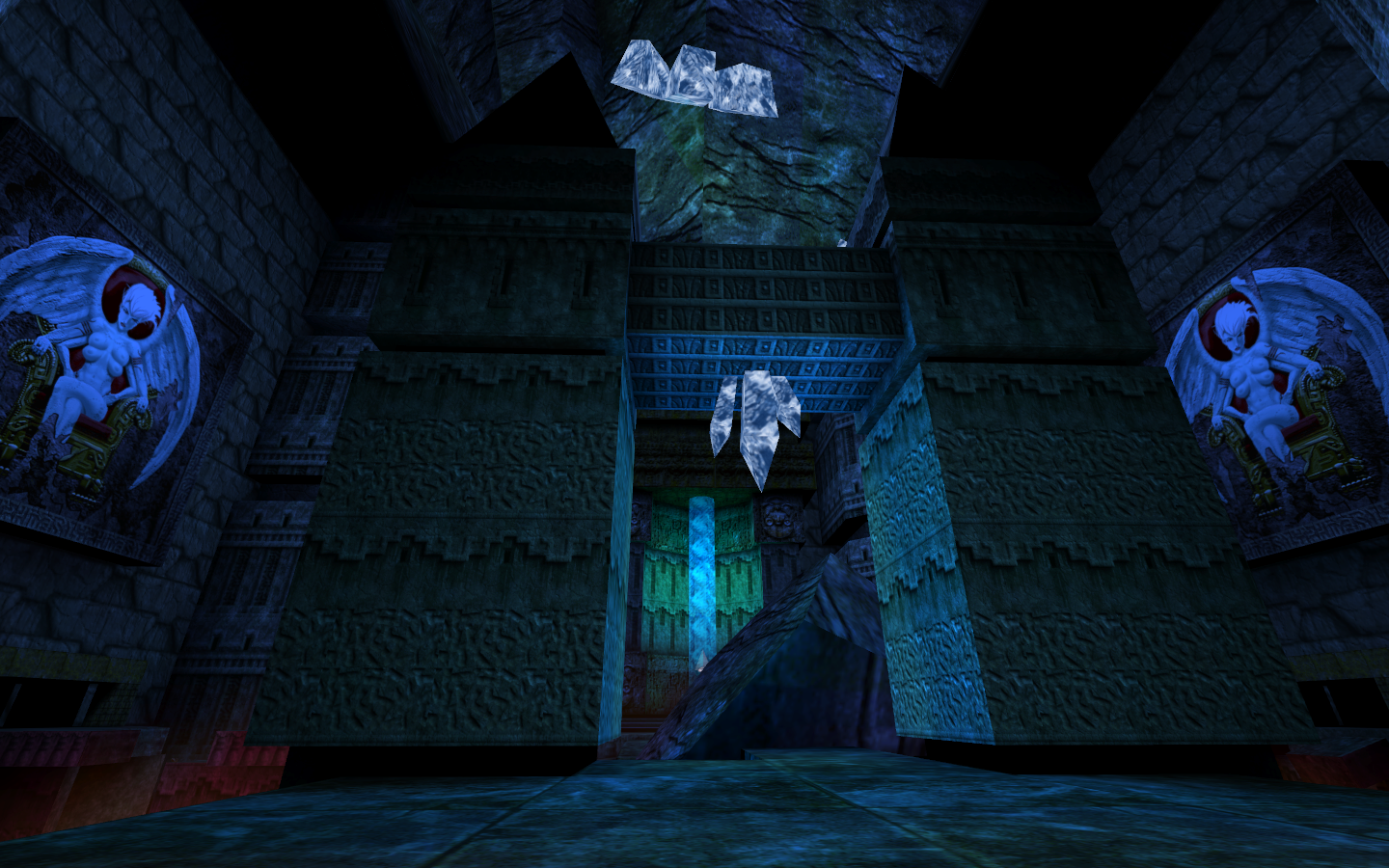 I am finally here. Due to the project no longer being featured on UnrealSP upcoming maps for no reason, I am also posting the project details here.

The subtitle was suggested by Matthew Kagle, a former designer on the project, however the real subtitle remains unknown, there apparently was one at one point (nobody remembers anymore and lots was lost, including origonal promotional screenshot found here http://www.bluesnews.com/s/3178/playstation-unreal-shot) and they also once planned to maybe make it as second missionpack later.
Also there was cancelled official cryptic (using the crypt and crypt2 themes) addon singleplayer mappack, for bundle deal with Intel, I tried salvaging that as well but I had no luck so far.

As you may know I salvaged a lot of Unreal PSX content and have received permissions to do a proper remake as form of mappack on my own, the raw stuff was released temporarily, although will be later released for historical purposes, but needing Unreal or UT to run, although with its own system files and stuff, there is also unreal psx patcher which patches normal 220 version to psx one with altered files.

This project wants to achieve finishing up of the content, retexturing the maps, making them 100 percent coop playable, fixing scripts, finishing them up and filling up holes of not salvaged content.

I am also hoping to receive missing maps, so I can complete the project, there are several maps missing (two persons might still have it but they do not respond anymore), if they will not be supplied I will ahve to remade them from scratch or hire someone to do it. But it will be shame since I wanted to salvage especially Eric Reuter's maps but only ended up with few of them, because Eric has lost that stuff and other designers didn't have all of his stuff so far.

Older screenshots here, haven't made new ones for a while:

And welcome to the ut99.org forums

Yes. Indeed a Playstation version of Unreal was planned as well as a Unreal 64. Both game(s/ports) however never say the day of light.

I hope the rocks will be aligned later? Otherwise I can do it then, should not be that troublesome.
About to be non-active
My very last UT map project: CTF-FacePalm (tropical CTF-Face remake)
Why do I leave? click here
What I want to do next: Joining an UDK team (uncertain however) and improve 3D modelling and texture editing skills
Thanks to those who visibly supported me until/at the end!
My reactivated account on indiedb.com.
Top

Wow, fast replies. At beyondunreal almost nobody replies these days.

Yes, this is a rework of the cancelled playstation port of Unreal, done by Pterodactyl Software and cancelled in early 2000, although most maps were from 1999.
I have contacted all the level designers except Jakub "Bleach" Kisiel (not the one working on PCF), only Drevlin suggested to me he still has his contact, he used to be community Quake/Unreal DM mapper mostly. He was at unreality.dk too, I can't find the email adresses I collected on him but none of them worked, but he was pretty established at various websites back in the days. Btw the name "Bleach" has nothing to do with the anime, it was apparently a wash powder or something, since he used that nick in 1999 and the anime didn't exist back in the days, just to avoid confusion because I had reactions like: "Oh, anime guy." when I told someone of his nick.

Yes. Indeed a Playstation version of Unreal was planned as well as a Unreal 64. Both game(s/ports) however never say the day of light.

I hope the rocks will be aligned later? Otherwise I can do it then, should not be that troublesome.

No, the rocks will stay same as I pretty finished up the E1L1 maps (I changed the water though to animated texture since there was animated counterpart and the lighting showed water reflection), it doesn't look that bad though, I mean it looked like that in original except it used low res textures, so I had to downscale it all when porting it. The rock alignment doesn't matter that much as other aligment generally. Besides the BSP there is pain and I'm not rebuilding it again, for E1L1A I had to use Wheel of Time BSP instead, yeah that's right, the BSP builder was best at the PSX 220 version it seems, I had best results there generally from Unreal versions.

I have E1L1(A B and C) finished, E1L4 finished as well, except there might be written some translator messages. Most of maps were devoid of them completely and I lack proper design document.
Top

Posting another set of old screenshots

So no alignment, sad but .. ok
I somehow know this complex of problems in this case

http://www.unrealtexture.com/Hosted/Leo ... PSXR02.png
The grass texture... looks VERY different? What makes it look like this? The used render or some kind of macro texture?

http://www.unrealtexture.com/Hosted/Leo ... PSXR05.png
the metal floor... looks quake 3 -ish?^^
but a lot nicer than those from playership or mine.

But did the designer really used that amount of textures? Specially the rock textures on the village shot, the whiter one was used in the missions pack for Galas Peak AFAIK
About to be non-active
My very last UT map project: CTF-FacePalm (tropical CTF-Face remake)
Why do I leave? click here
What I want to do next: Joining an UDK team (uncertain however) and improve 3D modelling and texture editing skills
Thanks to those who visibly supported me until/at the end!
My reactivated account on indiedb.com.
Top

All of those textures are default ones or default S3TC, I shot it in UT and had the default S3TC installed, the grass is that, as for rocks, nah they are the same texture, it's the lighting which makes it seem different for you. Unreal PSX was very playful in texture use actually.
Oh you mean the grey ones, those aren't ice ones, it's just all standard textures.

Here is a video, that got widely known by now, it was put on youtube by monokoma, it contains a ripped part from Nathan Silver's portfolio video showing off his work back in 2004, he still has it on his site I believe. The video was recorded on the PC version used the software rendering and the original low res textures, they were the sizes of doom textures but you wouldn't really tell, due to how well unreal software rendering handled it.

Series of new screenshots from rework of Eric Reuter's E1L2A aka Into the Vortex. Using the Unreal Retexturing Project packages to show this time, Low End ones.

It is all far from finished as of yet, I only have several maps done, and I really need to wait on more files, yet nobody is responding much anymore. I am hoping for more files to come still. I would also need help of other people, I need a replacement for a texture artist as well (some special textures need to be resized-improved), as I don't have one currently on team, Diehard cannot work on this anymore due to his ilness and he has his own projects.
Top

What exactly do you need? Somehow I am a texture artist but I am not very good with those things or I end up with random results which I mostly did not expect at the beginning.
About to be non-active
My very last UT map project: CTF-FacePalm (tropical CTF-Face remake)
Why do I leave? click here
What I want to do next: Joining an UDK team (uncertain however) and improve 3D modelling and texture editing skills
Thanks to those who visibly supported me until/at the end!
My reactivated account on indiedb.com.
Top

Creavion wrote:What exactly do you need? Somehow I am a texture artist but I am not very good with those things or I end up with random results which I mostly did not expect at the beginning.

Here are all the psx texture packages:
PSXtexturesfull.rar

You can find glass.utx among them, but here are the special extracted textures found in the normal low res packages, extracted by Delacroix:
PSXexcl.exe

They need to be resized and improved colorwise, there was easy way to do it, diehard is still gonna finish up the tutorial so even I could do it or someone else, but if you know of a really good way without losing the quality you are free to do this.

The final improved packages should be named UPB-GLASS.utx and UPB-Misc.utx
Top

I am not sure if I understand what you exactly want. I guess you want me to resize and overwork? the textures which are in this exe as content to somehow 256² pix because those are the missing textures which were only planned for the psx version? And actually only for glass.utx? I am confused because you somehow linked me a lot of packages...
About to be non-active
My very last UT map project: CTF-FacePalm (tropical CTF-Face remake)
Why do I leave? click here
What I want to do next: Joining an UDK team (uncertain however) and improve 3D modelling and texture editing skills
Thanks to those who visibly supported me until/at the end!
My reactivated account on indiedb.com.
Top

Yes, sorry I did not want to add link to only glass.utx, but you can check all the other packages anyway and see how different the psx textures were. But I only need glass and the ones in the self extractor resized and improved a little, so they look like their original counterparts.

It has the reworked packages by diehard. skybox and elya, some of those textures were kindly supplied by Ilya Isaykin, of the originals he still had, some had to be resized though, but you can get the picture here of what I am trying to do.
Top
139 posts