Well here is my situation if you want me to collaborate.

Remember it's your decision.

but what I want is for you to layout all the paths with triggers to trigger messages on the route with a story, it don't have to be a story but at least set goals for the player with messages.
Go around the whole map, you may want to change the sequence of the route I last sent you, but I could read the messages to re-path it better for the bots after it has some kind of singleplayer type style to follow.

I was thinking being the last place to go above the rock to exit, I could block that with a boulder and then finish off the queen sequence to open the exit once the queen was killed.

So if you want, add a pile of paths around to complete a full map.

Other people can do the rest, like fix up the skybox, or you can change the enemies and spawn point locations, weapons, and health etc etc.

But I think any new MH map should play like a SP map and not just mindless shooting (even though I am ok with that) so the map has defined goals. I will make it work, for the bots the rest is up to others.

Higor said something about making the meshes better, don't know if he would do it. But the path would be my part in the way I said.

After it's done THEN you can tweak certain parts to finish it off.

You should do a DM AFTER the MH is done since all you will need to do is remove some things, add some things, but the base map will basically be finished to work off of, and far less work to convert it.
Binary Space Partitioning
Top

This will take some thought... I'm not a big SP kinda guy... but I do love writing fiction.

The Queen part of the map isn't really necessary to end the map, other than to kill everything on the map. Kinda same with that GrimReaper I put in that cabin on the hill...

...and I've been toying with another edit idea, but much later. Swap all monsters with stuff from Jurassic.u
http://unreal-games.livejournal.com/

Well I don't really mean a story, but just the same way you have it now, but make the map longer play by having to go to more places all the way around. and more enemies to fight before you can exit.

The queen thing I already have figured out and will be pretty easy to do but would just be another goal for the players. (more fun more stuff)
Binary Space Partitioning
Top

Red_Fist wrote:Well I don't really mean a story, but just the same way you have it now, but make the map longer play by having to go to more places all the way around. and more enemies to fight before you can exit.

Think the map has plenty of enemies, although pathing designed to take you the longer way around might work better... for people that look to the bots to figure out where to go next.

This will take some thought.
http://unreal-games.livejournal.com/

Might be about time to take this out of the mothballs and see if we can finally complete it, or at least fine tune the final 4 maps: 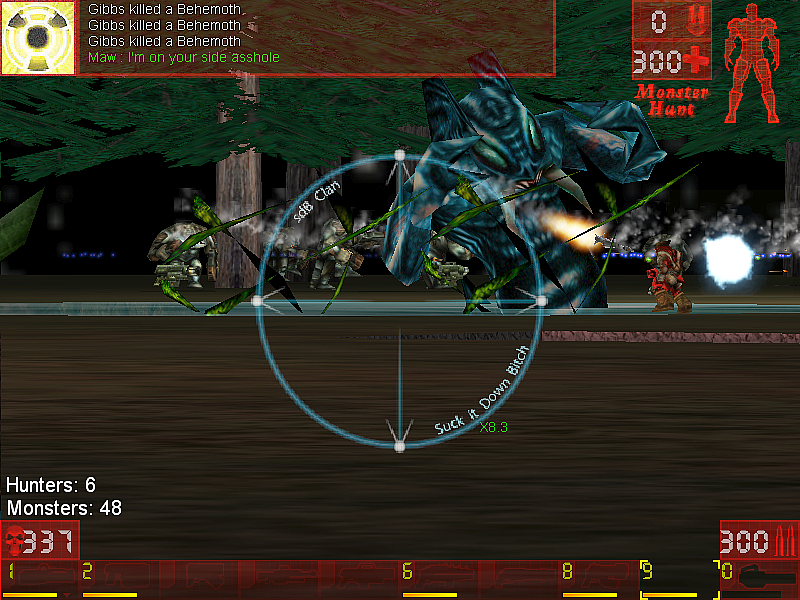 From my original edit of THUNDERBOLT's map, to the edits Nelsona & Red_Fist enhanced; more as I work out who made which and where things stand.
http://unreal-games.livejournal.com/