Valley of the Kings

Valley of the Kings

One of the larger CTF maps I've ever found, making for more running and ducking than you'd get on a smaller map. Ideal for snipers, as there's many high spots even outside of the bases to setup on, and lots of area to target.

I edited UTDMT onto this map, but more than usual for standard CTF. 2 to a team, 1 inside each team base and 1 just outside in a strategic spot... although the doorways are large enough that they can move through them and go wherever they want: 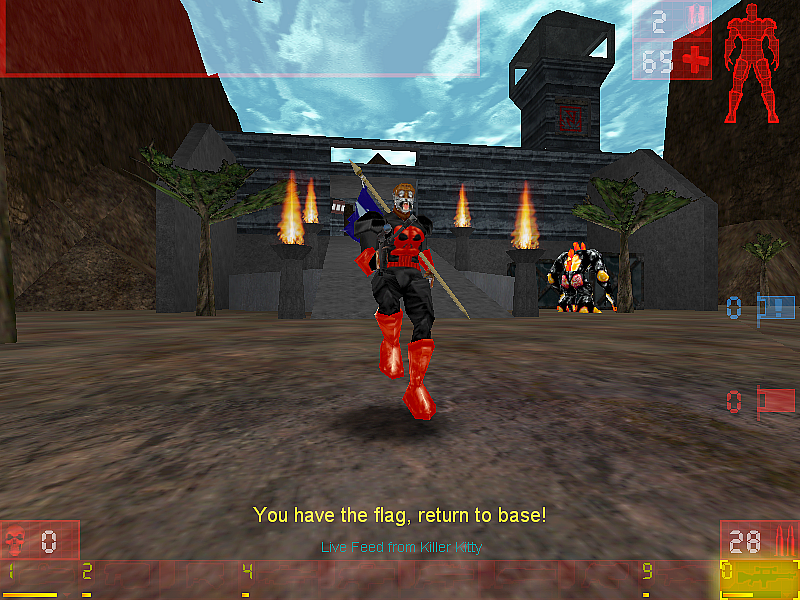 This map functions perfectly fine the way it is, at least under normal CTF & CTF4. Titans will not attack people on their own teams no matter how many times they respawn; unless someone's running something REALLY funky along with. Mutators that do monster-swapping aren't recommended as it can mess with them.

Any chance of making a mutator version of those team titans spawned at the flag bases?

I've played on this map before and I really like the tunnel parts of it especially, but the overal map texture simplicity and lack of lightning variety (and probably some other things) sort of kept me from playing on it lately.
Top

heliumcat wrote:Any chance of making a mutator version of those team titans spawned at the flag bases?

Probably a good chance, if you can find someone that knows how to do that.

Thought this would be simpler than just opening up a new thread, as I again reasoned any map edit I'd done for UTDMT would have plenty of room for vehicles.

Not been doing a lot of UT lately, been binge watching shows. As I download, watch, and then delete I've a backlog of stuff I haven't watched and even though I've got 3 harddrives that're all fairly massive, clearing up some space might be a good idea. Mostly been doing that, but while I haven't been playing I'm still tinkering and mulling over ideas for future edits.

It's not always about having enough room, there's also a question of picking the right vehicles for any given situation... and as I play a lot with bots they need to be be taken into consideration. For example, even in a place ideal for jeeps if there's doorways then what happens is you get a jeep repeatedly ramming a dooway because the bot driving takes forever to realize the jeep won't fit through the door.

Started the edit on this map awhile ago, before Buggie added turrets to XV. At present, as I've not updated it in awhile, it has helicopters, tanks, and jeeps. 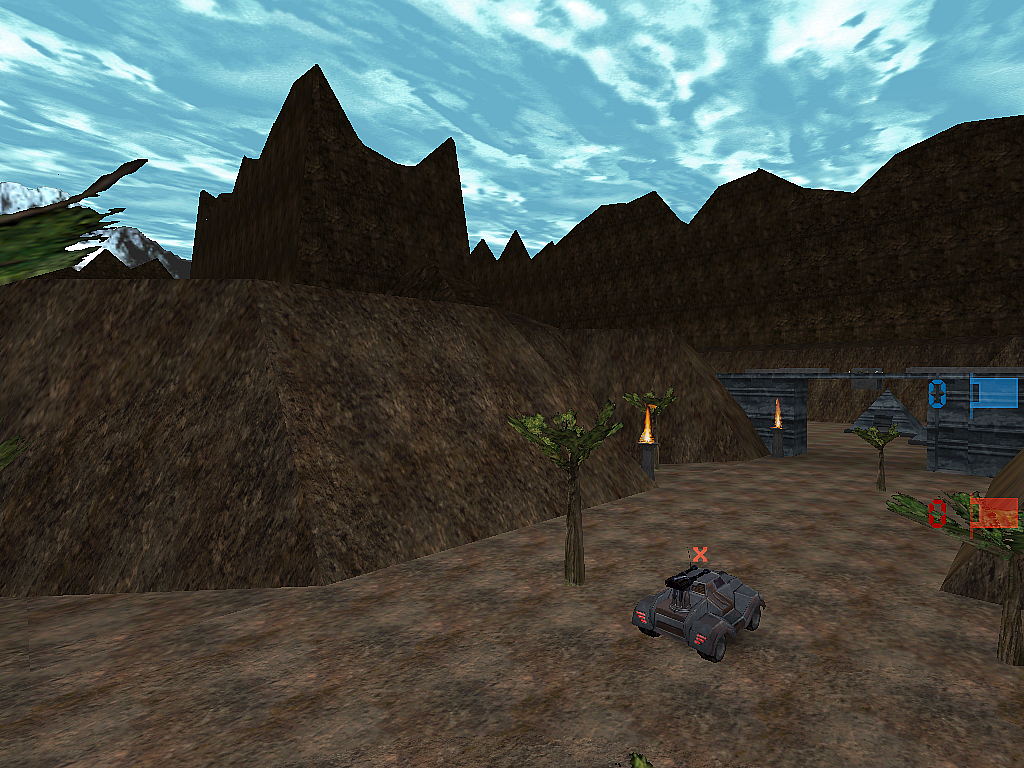 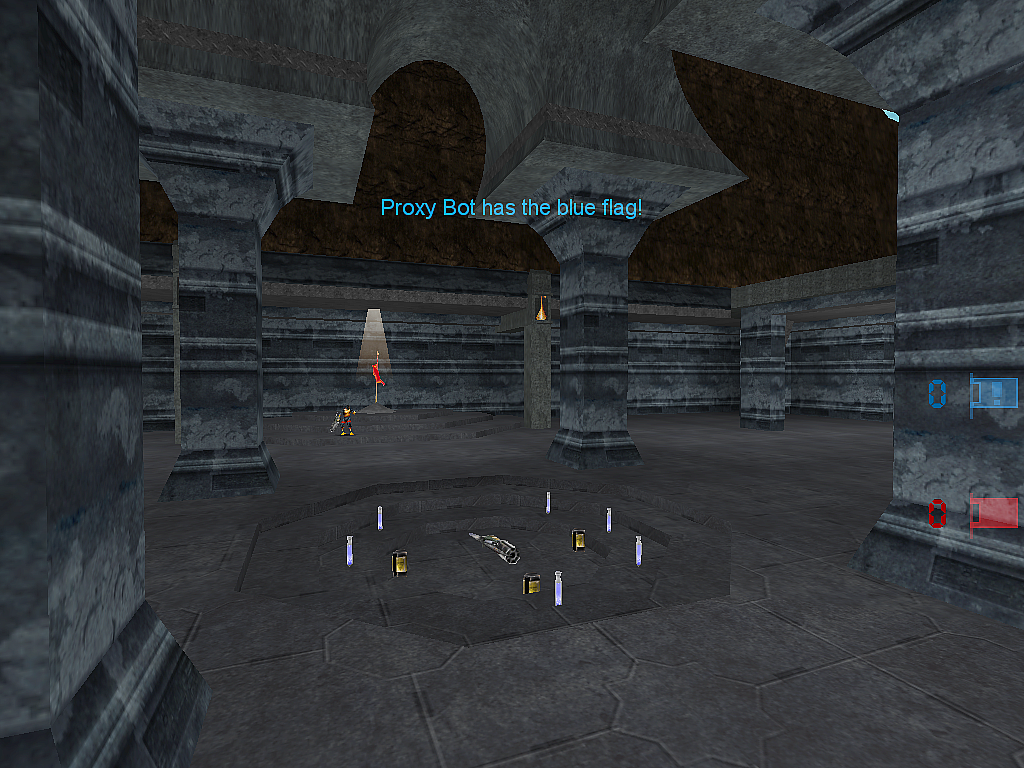 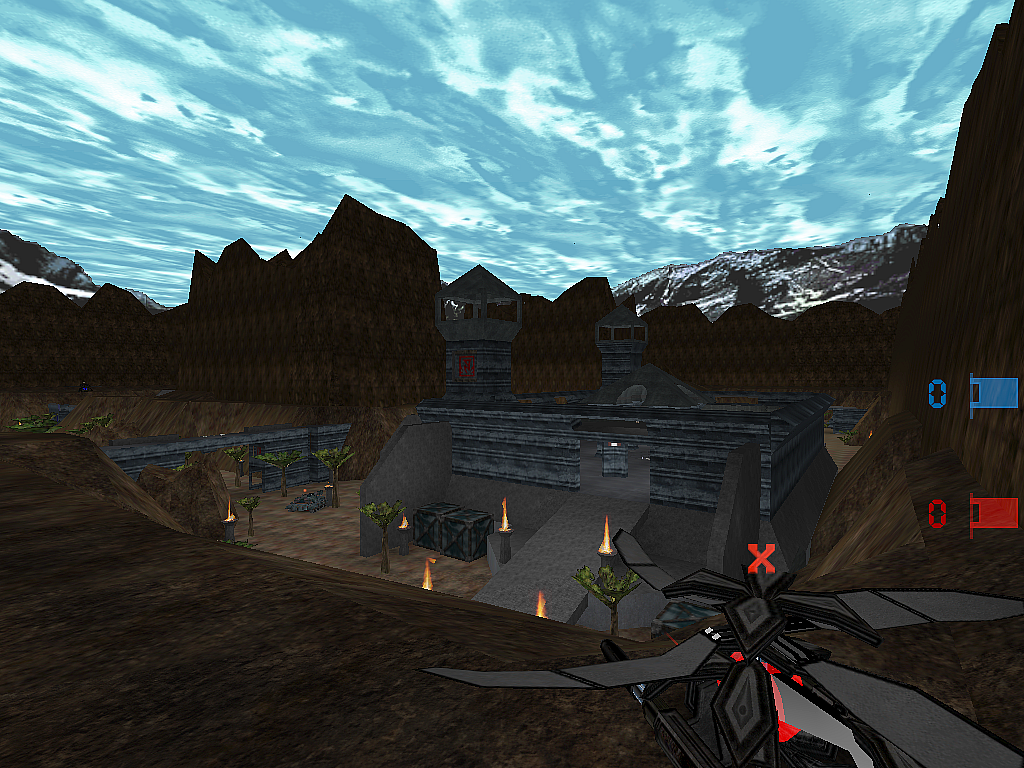 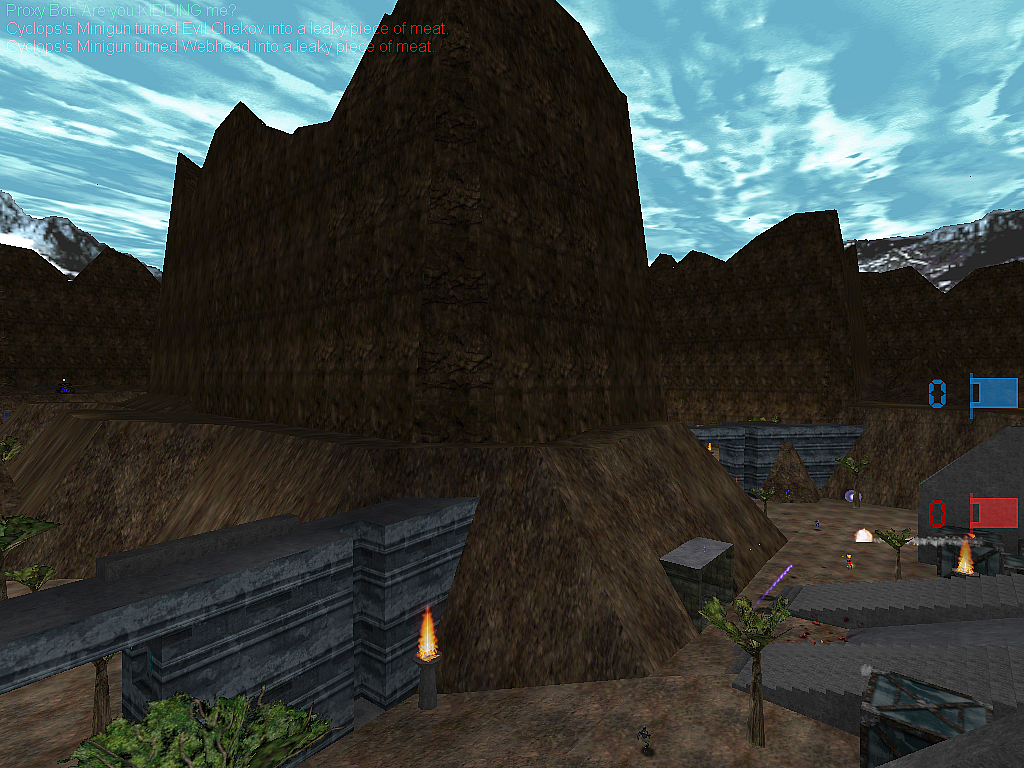 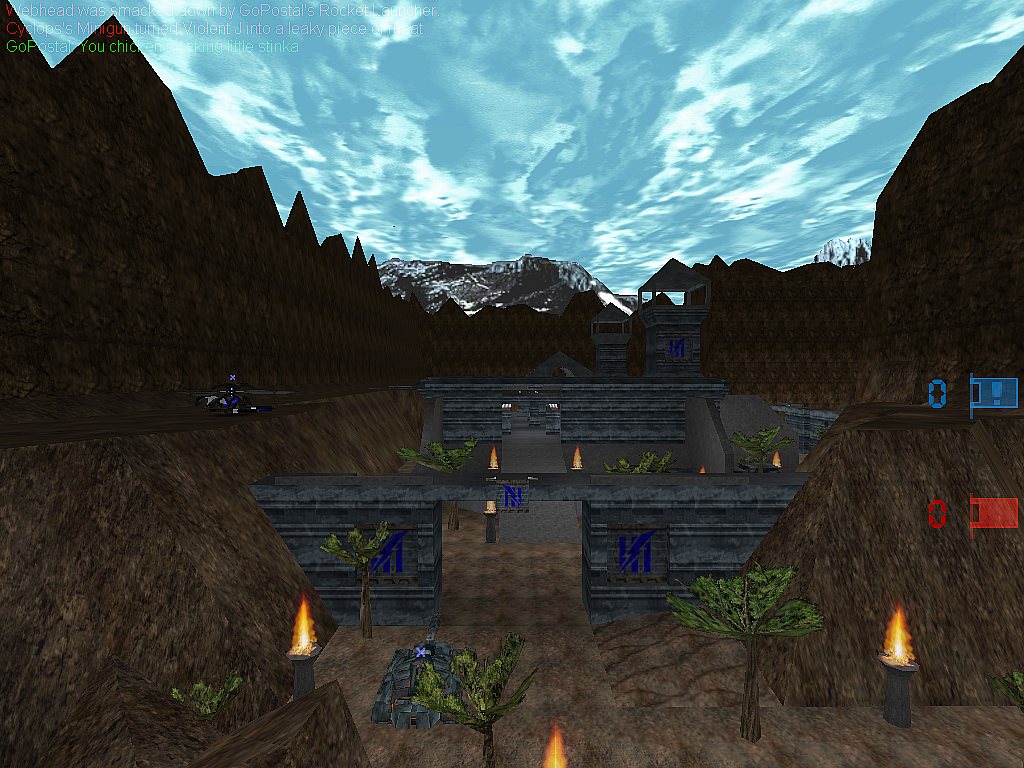 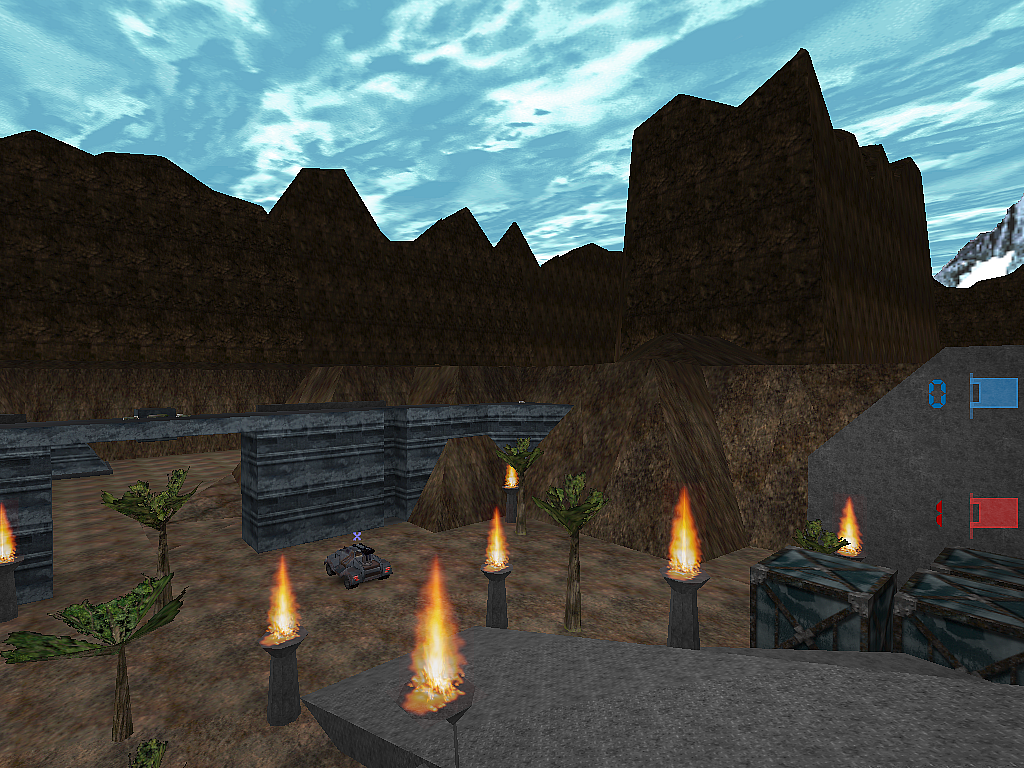 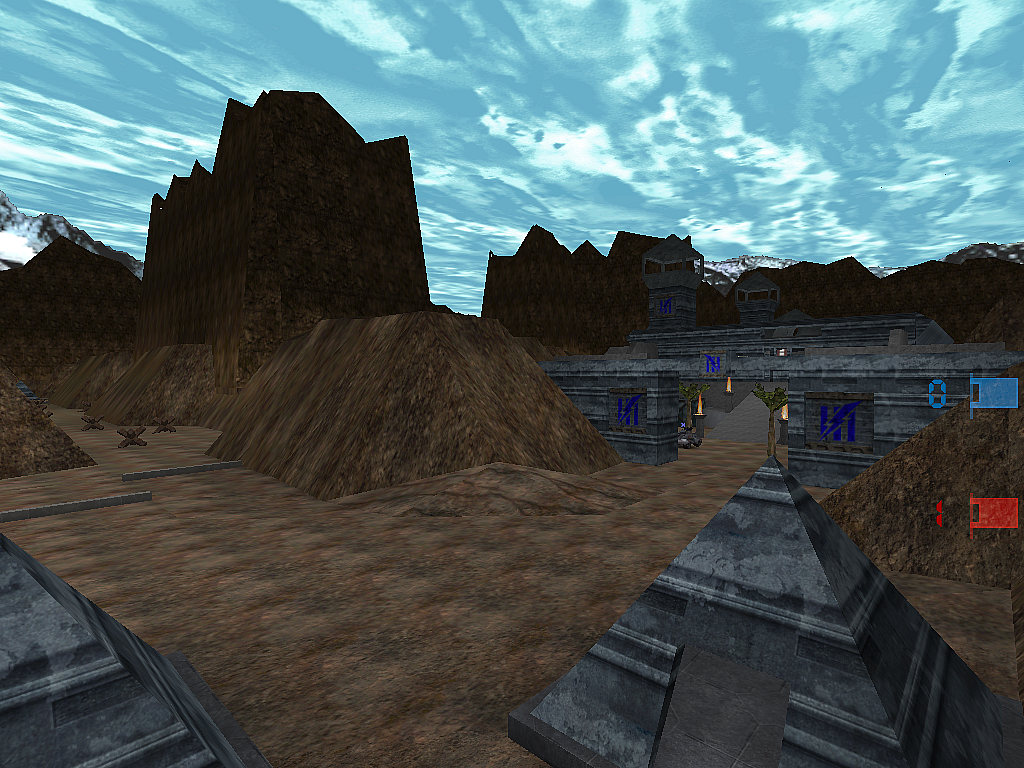 I'm toying with removing the vehicles currently on there, except for the helis, and putting in turrets and mantas... as mantas are smaller and might be able to counter the door ramming issues.
http://unreal-games.livejournal.com/