Maps, mods and resources ported from or to Unreal.
Must run in UT99 or with Oldskool Amp'd.
Unreal 227 only projects are "Off-Topic"
Post Reply
5 posts • Page 1 of 1

This requires Unreal227, it will NOT work in UT, don't even try. If you complain about this be warned I will likely become cross with you

I'm sorry there is a download wait. This is a larger file and I just don't have a file hosting service. Anyway included in the zip-
INIDemo- Shitty demo map so you can see the dragons in a map
DragonTestMap- zipped up and included is my simple test map I use to test these. Unplayable in the normal sense but useful to just look at the dragons.
INIsDragons- U file containing all the dragon assets
trashbag- mod done by ebd. I used some assets in the demo map. You guys ought to check out his work, I'm a huge fan. It's quirky and funny. His current project: http://www.unrealsp.org/viewtopic.php?f=4&t=3367

This demo is by no means a proper presentation of the dragons. It's just something that you can look at and interact with for now to tell me where I've fucked things up. Enjoy!

Some other crap:
Please don't post the dragons to other maps or include them into your projects yet. I'll do a proper release in a few days once I test these out and get feedback. There's a lot going on with them and I need to know it all works together. When it's all done I'll post everything (I always do) and you can have at the entire package. Aside from making the model and the skin the entire thing is all custom work and you can do with it what you want.
Credits to Iniquitous for everything he has done for me. This was a labor of love for someone I really respect. I hope it reflects well on him.
Thank you to ebd for letting me use trashbag and some of the assets from Star Shoal in the demo map. What a great guy.
Last edited by JackGriffin on Mon Jan 11, 2016 5:37 pm, edited 1 time in total.
So long, and thanks for all the fish
Top

OK, quick rundown on what these guys do...

All dragons can either be placed as a normal monster and guard a specific spot or they can be configured to patrol the skies in a set area. They will patrol until they see prey, then at this point they will attack. They will not resume patrol once they attack something. Plan ahead for this behavior. Dragons can be configured to attack other monsters or just players. They can see a long distance too. Dragons that fire projectiles can have those projectiles set to 'seek' if you desire. This makes them VERY deadly since the fired projectile will track you as you try to evade it. This is all configurable and the seeking can be set from casual arc to you-can't-escape. Default sets it to arc in on you but it's possible to evade.

Fire Dragon- shoots flames that light things on fire. Trees, boxes, wooden things, you...it'll all ignite. Some monsters just want to see the world burn. Super dangerous.
Earth Dragon- fires balls of dirt. Sounds easy but turn on the seeking and it gets magnitudes more difficult. Has localized rainfall around it if you want.
Wind Dragon- Air blasts. Can easily blow you off of things into lava, off a high ledge, etc. Play the demo, you'll see. Might add some sonic attack to him too.
Ion Dragon- Fires an ion ball that hits and explodes into a nasty ionic blast.
Nature Dragon- Fires a massive root ball that will spawn all sorts of wildlife. Grasses, forest creatures (some dangerous), dragonflies, butterflies...Has localized rainfall around it if you want.
Ice Dragon- Arguably the nastiest dragon. Shoots an ice ball that can freeze anything it hits. Once frozen you will shatter and it's all over. Has localized snow around it if you want.

Finally I'm BEGGING you not to look at this part until after you play the demo. It's meant to be a surprise and reading this next part WILL ruin it for you. Come back after you play the demo. You'll thank me for this, I promise you. The final dragon is unlike anything and it's different than the others in every way.
Spoiler
Show
Really? You went ahead and looked anyway? Well, I'm not posting anything yet about it. I will in a couple of days. Now go play it and see for yourself.
So long, and thanks for all the fish
Top

JackGriffin wrote:
Spoiler
Show
Really? You went ahead and looked anyway? Well, I'm not posting anything yet about it. I will in a couple of days. Now go play it and see for yourself.

What? I didn't look. I swear... not that I have a clue what it says in there, what with the not looking.
http://unreal-games.livejournal.com/

I will post up a detailed explanation for the other thing. I'd just like to keep it under wraps a bit longer. 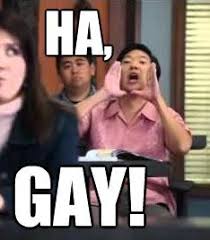 You have no idea how right you are...
So long, and thanks for all the fish
Top


.... I guess I better get round to making that Unreal section before someone mentions the elephant in the room.


.... Done.
Now to find all the Unreal related threads