UT binaries changed too much for the same XC_Engine codebase to work in all versions.
Also, from the very beginning the aim was to make sure there was absolutely no reason to roll back versions due to something being wrong with the patch.
(Personally I've already stopped playing on v436 for a month already)

In the meantime, already managed to generate a global travel list that unlike the player's travel list, it propagates to any travel actor being referenced.
All you need to do is set bTravel=True and Tag=Travel and anything related to said actor will be added to the list.

This is an example of the internal data:

TestHealth variable has 'travel' keyword on it, and the NaliFruit has bTravel=True (it's added even though it's not tagged 'Travel' because it's referenced by FV_FollowerTravel)

Good to know...
The problem is that I have not seen anything real, something 468 or any beta posted somewhere so I can not test and I stay with what I have for now. After reading about bug fixes in release I tend to think that some stuff still won't work properly, for example toward that PlayerCanSeeMe I don't really see the job with bots because I had X crash-logs without using any Bot. That thing has other problems and you know them - on Youtube there is even a video entirely showing that junk as it is.
Top

Deployment of betas is not an option until UnrealScript part is feature-frozen.
And I believe it's already more stable than v436 in all aspects.

===
I've already managed to transfer actors from one level to another, now all I need is to code a real life example to showcase it.
Decided to improve a very old Coop gametype I made and add support for multiple coop campaigns that use their own gametype, starting with ONP.

It raises the question of a player who has played UT in the past about extensions brought to UT, which extension can be used and from which version upwards is no longer valid. When UT 469 comes up, a lot of administrators and players probably won't know what to put and where to put it, these things need to be documented and explained.

Until the release of version 469, I think I'll add configuration variables to XC_Engine version 24, the new collision still has problems so by default I have no reason to use it. After that I'll wait to see how 469 works and how much 469 + XCGE 25 breaks or not everything I did for NavAdder or even the mutator itself. If my work goes downhill I have no reason to make any updates. In the environments that I have configured I have no critical problem, so any potential update that would give me a headache has no way to captivate me. Now, in 2019, I can finally say that I play UT without any problems. It remains to be seen if the updates are indeed compatible with all operating platforms because the libraries written by M$ do not have much in common with each other...
Top

Let me know what problems you find in CollisionGrid.

Same oldies:
- Weapon vanished - (see screenshot in v24 thread) - random instances;
- Projectiles pulling me at once with them while are fired - rare but still happens;
- Some movers stuck - that recent map Deck16 redone - mid lift - for me it doesn't work at all with collision active.
Note - These don't happen with collision hook disabled. I'm hoping to not see such collision deal in that UT 469 unless I'll be no.1 at uninstalling it.
Top

I'll be redesigning CollisionGrid at one point, but not soon.
As usual, a link to maps with mover issues will help finding out what's wrong.

In the meantime, the new savegame feature is coming along pretty well. Been playtesting ONP coop with two players, saving and loading games and everything going smoothly.
The best part is the size of the savegames... between 70 and 130 kb.

The XC repository will be locked as a historic repository, a new one has been opened for UT v469, will still take a while to get everything up.
https://github.com/CacoFFF/XC-UT99-2019

Another pretty sensitive point if I think about it. I haven't seen a second of any Demo recorded here. Maybe it's time for XC_Engine for having a demo module of its own to make things go synchronously, or an external lib as CollisionGrid.dll, just my two cents...
Top

There is an issue where opened channel might not be properly closed due to packet losses and therefore further unavailable until Player reconnect to the server.
This occurs when the Actor relevant to Player is destroyed, but does not occur if channel is closed when Actor (not destroyed one) was not relevant to Player longer than RelevantTimeOut time interval.
Is this possible to add the fix for this issue into the further XC_Engine versions? (It seems unlikely v469 update will have this problem fixed)
Top

Is that 469 patch already done or stil in wip?
Where can i download that patch?
xc engine more stable then the original games keep up the good works.

When it's done you'll notice it.

How can you say it's more stable when...

...you haven't even installed it 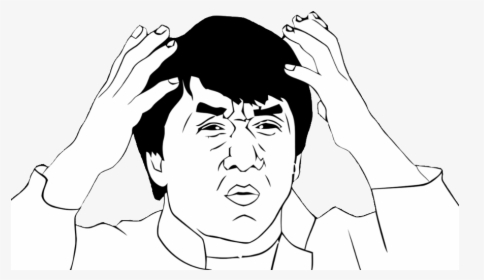