Gadavre wrote:And it will be a mod, not a mutator, Right?

If you explain the difference between a "mod" and a "mutator"...


Gadavre wrote:Who is the admin of this forum, you don't know? 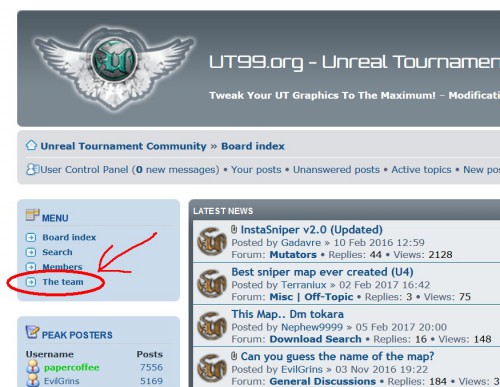 Gadavre wrote:I sent a message to you when I needed your help. But you ignored me.

I've been a little busy lately. I've been working on that 'not dying' thing.

Gadavre wrote:And now you're trying to teach me how to make mutators.

No, I'm trying to teach you how to not make mistakes. You cannot stand criticism though so I predict you will fail at this too.

Probably nothing you would have seen used anywhere.

Gadavre wrote:If you want to criticize my work unnecessarily, then you are just wasting your time.

What part of my critique was 'unnecessary'? The part where I showed you your mistakes or the part where I warned other people of the quality of the work?

Gadavre wrote: I understand that there are people that their vanity and pride does not rest. They lose it if someone did the job better than them. If you don't want to play with my mutator, I dont force you to do it. You can go to another topic and continue to mock others developers...

Fair enough. Added you to the ignore list. Good luck with your effort.
So long, and thanks for all the fish
Top

If you found any bugs, write to me please about it!Help me to see this bugs!
If you have specific suggestions on how to improve the mutator how to make the game more fun, then please let me know

With respect to you.
Top

What I was saying before is that "!" added in front to of FastTrace means NO SIGHT - yeah because I have a rig keyboad I failed once that "!" ( SHIFT + 1 ) or I was too tired. Else it looks like decoration in cause turns to player not really the bot - Bot turns by itself, trust me, codes with no accessed nones doesn't mean that are always healthy. By example I would write a "foreach" calling Pawn P and then testing "if PlayerPawn(P) != None { code player here} else { code some A.I. Here }" all in a single foreach and removing "Bot Only" - I'm playing DM even with Skaarj which are: gunners, snipers (self explanatory) etc. I'm not restricted at Bot, not to mention that in my DM games, if map has good paths you are in for a surprise at using Skaarj - they are busy to find player not items like a stupid Bot.

As for the dude coding ... 2k4, to be honest, not because I want to rise up more love or abusing respects, but I did not see yet codes better optimized than Higor was doing - even if later tiny corrections are coming, he left me with mouth open at some cute tweaks which I did not know before - because, you know, I'm a technician (and not only technician - depending on needs) in my real life, not a computer programmer, but for me lecturing codes is fascinating somehow in my small free time.

Edit > A.I. hints which I learn over time:
- if Pawn has vector LastSeenPos identified with Enemy.Location and SetEnemy query is granted True - pawn will trigger combat situation by itself. Here is participating...;
- WEAPON's RateSelf - if weapon talks to pawn that he is a strong guy with a mountain of muscles, probably that pawn will not have more reasons to retreat and will attempt a RangedAttack in next 100 milliseconds. As a guy which I did not love default Bot and which I did my own ones - without many many changes - I could see where I need to put the drug on Bot making it to get mad... yeah... um... they have even owned me multiple times, lol;
- without screwing default Aggressiveness you can control a permanent high value, Default × SomeFactor and the rest of things.

ExtraNote: Bot has a default call to some bSniping and SniperRifle soup. Well, these were some brain-farts from "factory" as long as they were using bInstantHit for a sort of weaponry - NOT ONLY SniperRifle is such a weapon - SuperShockRifle aka "Insta" is the same...
Top

changelog.
2.0 to 2.1
- The correct structure of the mutator.
- Shieldbelts are now movable.
- Added sounds for the Shieldbelts.
- Replaced the Crosshair for Translocator.
- Pawns now have even less ammo.
- Pawns use Translocator only in CTF and Domination.
- Some bug fixes. 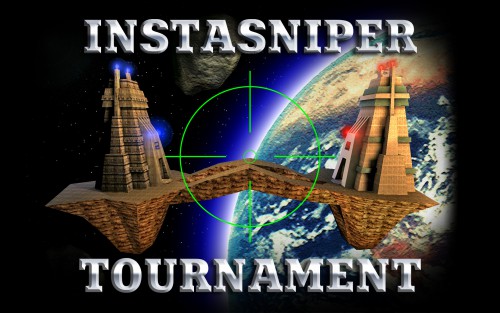 I think this is the final version of the mutator. Thank you friends for your attention to it!
Top
Post Reply
51 posts