Tool for debug bot and pathes.

What's it all about?
Ever wonder why bots do what they do? Especially when you think they should be doing something else? This mutator will allow you to explore the inner workings of a bot's mind. Such as it is.

The best way to use this mutator is as a spectator.. because otherwise you'll be too busy shooting to make use of it. You can use it in the regular flying-camera mode, or by switching to spy on individual bots. If you do the flying-camera thing, then you'll get data on whatever bot you're looking at, as an extension of the player name that always pops up when you look at someone.

The readout is as follows: Also, you will see frames appearing around certain objects:

Why is it cool?
This thing can be very useful when you're trying to tweak bot behavior in mods and maps. It lets you discover things like, are they picking the right spots to defend? Why do they go there? How are my paths working? Junk like that.


More to come
I plan to add a few more fancy things, like locking on to a bot in free camera mode (so the data doesn't fade out when you're not looking at the bot).


Incompatibility
Mind Reader doesn't work if you also have the Relic mutators enabled. What's really happening is that the Relic mutators don't work with any other HUD mutators, and I don't thing there's anything I can do about it.


Thanks
The frames were accomplished by copying code from ITSHUD from Unrealistic (http://www.planetunreal.com/unrealistic). 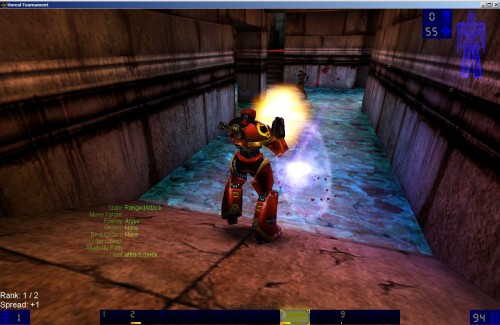 This tool is awesome! It helped me alot to fix strange AI behavior!
Top

I made a mindreader2 out of this for scripted pawns. I spoke with the original author and he gave full permissions to do anything with this we wanted. It's really an overlooked and very useful little tool. I use the scriptedpawn one now and again to find out where I fucked up my coding on them.
So long, and thanks for all the fish
Top 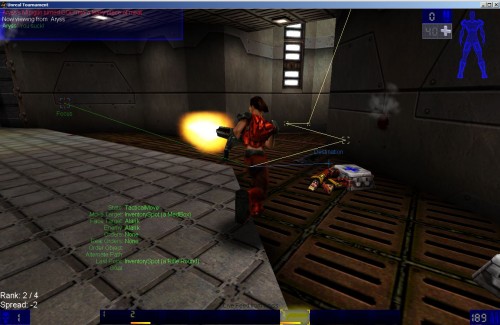 Dot, I can't remember if I used the better overlay code for mindreader2 or not but you might see if the data displayed doesn't slide around on the second version versus this one. If it does grab the way mine does it and it will improve this one quite a lot.
So long, and thanks for all the fish
Top

If you mean another mutator - post on forum or provide link.
Top

Yeah, that's the one. I just looked because I couldn't remember if I used the better code or not. I didn't.

If you really want to improve both of these mods greatly you could take the "simulated function DrawMonsterName(Canvas C)" function from Monsterhunt2Gold and use it in place of this simpler drawing. It works WAY better and sticks to the target. I just uploaded a video demonstration of how much better the information is displayed even at very high Z angle:


That's what I was talking about.
So long, and thanks for all the fish
Top 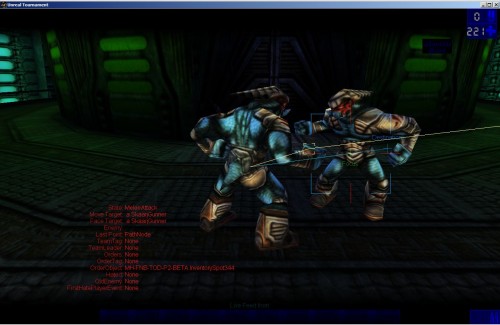 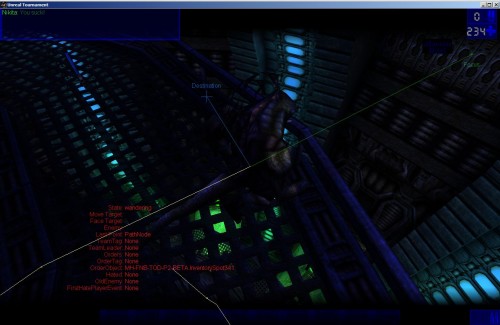