You know I saw this right as I was eating some peanut butter on a banana. I almost choked out between the laughing and coughing.

I'm stealing his avatar and using it for a while but I'm not going to talk shit about him. Like I've posted before that guy has a long list of offenses but he's not a bad dude. I think he's a very sophisticated troll and it's just how he gets his fun. When it really mattered he dropped his whole persona and talked to me like a real friend, and that was after I really went at him for all of his thievery.
So long, and thanks for all the fish
Top

No, he seems pretty messed up. He's still active on the new UT forums and he sent me a threat in a PM not too long ago after I went after him for some of his plagiarism work. I don't care if he's on or off a forum one way or the other as his weirdness is quite benign, but to claim that he's a sophisticated troll and has a contrived persona I think is far too generous. I'm sure he has his more sober moments, but they don't constitute a sensible whole.
Unreal Series Collection
Unreal series screenshots (2560x1440)
Top

I understand you brother but I can't overlook him taking the time to write a really nice letter of support when he had every right to dislike me in particular. The guy is not a sociopath, I really think he does his stuff just because he likes to see the reactions. He had a perfect opportunity to kick me right in the teeth at my worst moment and instead he offered encouragement and grace when I had never given that to him. It made me reevaluate how I felt about a lot of people and things. I try to remember that it's not always what it seems.
So long, and thanks for all the fish
Top

Fair enough and that's good enough an endorsement for me. I'll reset.

I do wonder when people will have this as avatar:

I don't doubt that people may have their moments, and that there are pro-trolls in the web (just check who KenM is on reddit for example, the guy is a genius at it).
But there's a big difference between being a troll, and doing actual harm, which he did. Threats, accusations and theft are not things to take lightly at all.

Saying he's a good dude over a once in a lifetime support, is like saying a drug dealer is a good person over helping a single person once.
While it may have made a difference in that person's life, havoc has been caused to many others in the meanwhile.

Many years have passed since the kind of stuff he pulled over at BU, and you would expect that he would be a little different nowadays, but that's not the case, so as far as I'm concerned, I say fuck him.
He's lucky that Epic has been quite lenient on him, given that he went as far as posting pirated/modified binary game files once, which were removed not long after.
Top

Since this is the OT forum I guess this can be discussed at length. Hope it's OK.

I respect your viewpoints 100% guys and I do agree that people should be judged on the entirety of their work and not on individual acts. It just bears mentioning that no one is pure evil and sometimes you are so moved by some particular thing that it changes how you view the whole.

Look at Hitman over at UM. There's been a ton of clan drama over the years and in fact Pium now spends a lot of time hanging out with me in my TS and is no longer involved with UM. That being said I've spent a TON of time in Hitty's TS and the guy goes out of his way not to talk shit about anyone, even those who really are angry with him. I was asked to harm one of his servers by an ex member and I immediately talked to Hitty about it to let him know. His response? He wouldn't hard ban the person, instead he hoped they could talk it out.

I'm in no way saying Hitty has no blame or that KAAL does either or that people should be excused for transgression by atoning through good acts. I'm just saying it's nice to see the times people rise above what you might expect. For me personally it means a great deal is all I wanted to say.
So long, and thanks for all the fish
Top

Leo(T.C.K.) wrote:I do wonder when people will have this as avatar: 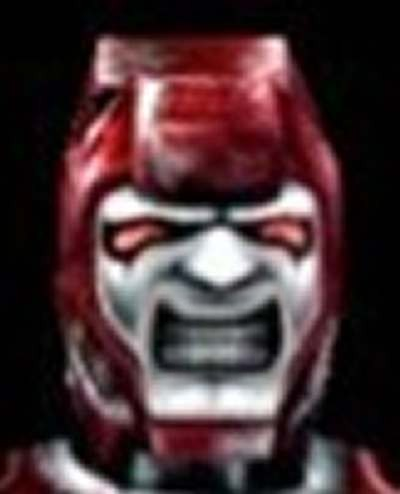 Somehow that's even more creepy lol.
So long, and thanks for all the fish
Top

Speaking of helping a person, a week ago or two I rescued a granny who slipped on ice that wouldn't be found quickly probably and could have in theory frozen over night.

Though I have to say that I did not notice it helping my "karma" as things didn't really improve afterwards.

Either way, try this video by bryan:

Oh and as for Epic, they tolerate him because they want to use him as a fighter in the next UT game on Unreal Engine 5, VR addled, they will abduct him and he will fight 24/7 online as one of the chem-addled warriors...
Top

@papercoffee: Kaal would be proud, and then steal it from you and call it his.


nogardilaref wrote:@papercoffee: Kaal would be proud, and then steal it from you and call it his.

Having too much laugh here. Good one!

__
Laugher is the best medicine.