Intel releases Core i9-9900KS and Cascade Lake-X CPUs in October.
Thats the new answer on amd 3000 series of processors amd claims, also that they will have in the short future also a more core threadripper in the planning, but that where only rumors.
Intel will also have a new processor on the hedt platform which is the most expensive platform they have.


The 9900ks processor or Intel will run on 4.7 GHz and with turbo boost to 5.0 GHz which is pretty fast.
The cascade lake processor will be running on the intel platform socket 2066 and will be fast to.
What we are all waiting for is the syntetick benchemarks or those processor also.
Maby soon they will be puplished too.


Intel's Core i9-9900KS, which the company says will hit 5.0 GHz on all cores, is going to be released in October. Vice president of tech leadership marketing Jon Carvill and chief performance strategist Ryan Shrout revealed that in a meeting with press here in Berlin ahead of IFA, while also hinting at Cascade Lake-X and discussing its position in mobile as its 10th Gen chips hit the market.

Intel showed off DLC from Hitman 2 on a system using the chip and it indeed hit 5 GHz on all cores, minus the occasional dip. This, of course, won't substitute for independent tests, but demonstrated what Intel is promising. After the demo, Shrout told me the cooling was a Corsair 240mm AIO liquid cooler and the GPU was an RTX 2080 Ti. 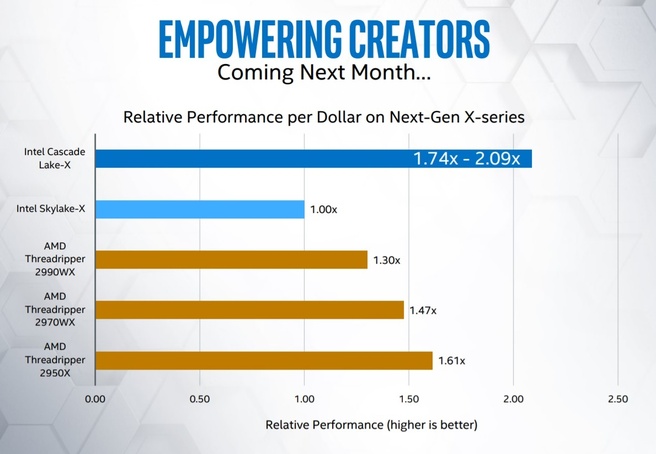