How to recognize a cheater

Discussions about everything else
35 posts

Which was answered in plenty of different manners: different pings, packet loss, frame rate, data rate, bugs, it could be many of these things, alone or together.
The fact that 1 player is behaving a bit differently, while suspicious, does not warrant an immediate "cheater" label, because there are plenty of different technical factors at play that individualizes the observed behavior of each player.

For all you know this player could be playing using the default Modem configuration which could be severely limiting the amount of data he sends from his end, or be playing at much lower frame rate than everyone else (many no longer play at the standard 60fps, many either play at 120fps or 240fps or even higher, I play at 360fps for example).

It could even be a bug from NN itself which affects this player in particular for some reason.
There are so many possible reasons.

Again, you're the one who claimed to have 100% certainty this player is a cheater, so if you know something we don't know, just say it.

You're afraid of offending people if you do so?
That's a clear indication that you don't have any credible evidence whatsoever, because that doesn't many any sense at all.

As a matter of fact, allow me to give you an example of a behavior that looked like cheating, but it was a bug from the game.

In Apex Legends, a few weeks/months ago (don't remember how long) some players were spotted being able to dodge bullets like they were in the Matrix, by doing impossible animations and instantly crouching to the floor and then getting up as instantly and whatnot, they were next to impossible to hit.

Then, it was rather quickly found out that this was in fact a bug that only affected Crypto specifically, and it was a bug in the animations of this character in particular introduced with the update of back then.

This is a game in a much larger scale that UT99 ever was, so it was relatively quick and easy to understand the problem because it affected many players, however UT99 is currently in a such a state, that bugs of a similar kind may only happen to a specific few, which in a pool of maybe 100 players, there could be 1 or 2 with "weird" behaviors such as those.

And in those cases what you should do is investigate exactly what was going on, far before you even consider publicly accusing the player of cheating, because you never know what you may actually find out.
You talk about "truth": truth is reliance in proper investigation to find out the actual facts, not hearsay from people you may consider an authority on this subject, because there's no such authority to begin with.

"Mankind knew they couldn't change society, so instead of reflecting upon themselves, they blamed the beasts." 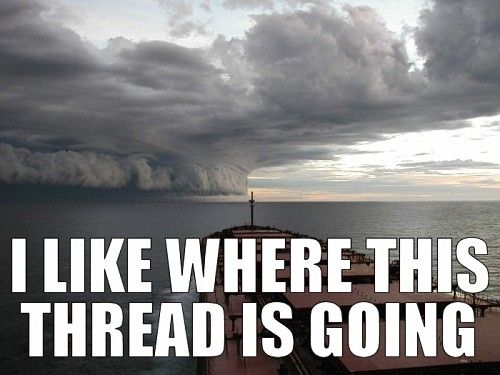 (Would've said "Ling Live Carl Sagan", if it weren't for the fact that 26 years ago he... unfortunately...

)
OldUnreal U1v227/UTv469 Localization Project coordinator/spanish language maintainer - Unreal Wiki
ProTip 1: anybody using the phrase "I'm a True Fan and You're Not!" is an obnoxious, self-centered, egotistical, elitist, narcissist douchebag.
ProTip 2: anybody who uses the "Royal We" when making a demand wants to pass their own opinion as everyone else's.
ProTip 3: Only the people that do nothing but criticize don't make mistakes. Do things. Make mistakes. Learn from them. And screw those who do nothing but throw poison and criticize.
ProTip 4: If the Duke Nukem Forever fiasco wasn't enough of a lesson, perfectionism leads to nothing positive. Don't be afraid of releasing a buggy product. Even the most polished product has its flaws.
Top

Oh yes!!! Everyone should read The Demon Haunted World at least once.

Oh, just stumbled upon two pieces written by actual game programmers (the actual "Word of God") at the beginning of the millennium, regarding a mod similar to NewNet, called ZeroPing:

Lag has been a factor in network first person shooters like UT and Q3A, since the original release of QuakeWorld. When I first saw ZeroPing for UT, I thought that a mere modmaker had finally managed to do what the Sweeneys and Carmacks of this world could not do - get rid of lag once and for all.

Being a lowly game designer and knowing absolutely nothing about the way network code works, I was forced to consult the wisdom of some programmers at Epic - Jack Porter, Brandon Reinhart and Steven Polge. What I learned disturbed me deeply, as the ZeroPing mod for UT is rapidly gaining popularity online.

To explain why ZeroPing ("ZP") is unfair, we have to examine the way a network game works.

In a regular game of UT or Q3A, the server is God. The outcome of all gameplay is decided by the server. When you press your strafe key, your client sends a message to the server to tell it that you just started to strafe. Your computer performs 'prediction' - performing the strafe move locally on your UT client. Most of the time the server agrees on your final position, but sometimes it's necessary for the server to correct the client's location slightly. There could be an explosion nearby which transfers momentum to you, or there could be another player which blocks your strafe.

The position of other players is a different story. The server sends the location of other players to your client, and also sends information about their current direction and velocity. This information takes a period of time to reach your client. This time is about half your ping time (as your ping is calculated as the round trip time from your client to the server and back again). Your client predicts their location based on this information, until you get the next update on the player's actual position from the server.

So the world you're running around in on your UT client is an approximation of the game running on the server. Say your current ping is 100ms. The location of other players is not always exactly correct, as you only know where they were 50ms ago, and where they were heading. They might have changed direction and you won't know for another 50ms.

When you press the fire button, a message gets sent to the server to let the server know that you fired. In the case of instant hit weapons like the UT Sniper Rifle, the server does a line trace to see if you hit anyone. This is fair, because the server knows exactly where each player is, and has the most recent information about their position. It can make a fair assessment as to whether you really hit the guy or not.

What ZP does is give that judging responsibility to the client. Using the approximate information the client has predicted, the client checks to see if the guy was lined up with your crosshair and tells the server "yep, you hit him". While this might seem great to the camping bastard firing the sniper rifle, it sucks if you're the guy he's firing at. Because you know full well you hid behind the pillar in time, but because the camper doesn't have the latest information on your position, he thought you were in full view.

To demonstrate how unfair this is, I'll describe an extreme case of potential ZP exploitation. You see a room full of guys on your screen. You quickly unplug your Ethernet cable. Your client can no longer receive any information from the server, so it keeps predicting these players running in a straight line with the velocity the server last sent you, until they hit a wall. You can then walk up to them at your leisure and blow their heads off with the sniper rifle. Then, quickly plug your network cable back in. Your client will send the message "I killed these five guys" to the server, and the server will believe you.

ZP makes bad players with bad network connections think they can play really well, at the expense of everyone else in the game. If you want to clean up using ZP, join a server in eastern Europe. You'll whup ass because you'll be so lagged out.

Ping is a fact of life; you can't make it disappear (and still have a fair game) with a few lines of UnrealScript trickery. While I commend the efforts of the author to attempt to make a smoother online experience, I believe that anyone who is serious about their gaming won't use this mod.

Unreal Tournament server-authoritative netcode is that way for a reason. The author of Zero Ping seems to think that we didn't know what we were doing when we wrote it.

Zero Ping might make a game feel more responsive, but it seriously opens up servers for client side exploitation. Security is a critical part of online gaming and multiplayer fairness.

Even though Zero Ping makes the game feel more responsive to the shooter, it detriments the victim. You might think you got out of the way... hell the server might even agree that you DID get out of the way...but Zero Ping ignores that and empowers the client's machine to make critical gameplay decisions.

Would it look the same if you replace ZeroPing with... NewNet?
OldUnreal U1v227/UTv469 Localization Project coordinator/spanish language maintainer - Unreal Wiki
ProTip 1: anybody using the phrase "I'm a True Fan and You're Not!" is an obnoxious, self-centered, egotistical, elitist, narcissist douchebag.
ProTip 2: anybody who uses the "Royal We" when making a demand wants to pass their own opinion as everyone else's.
ProTip 3: Only the people that do nothing but criticize don't make mistakes. Do things. Make mistakes. Learn from them. And screw those who do nothing but throw poison and criticize.
ProTip 4: If the Duke Nukem Forever fiasco wasn't enough of a lesson, perfectionism leads to nothing positive. Don't be afraid of releasing a buggy product. Even the most polished product has its flaws.
Top

Neon_Knight wrote: ↑
Tue Apr 12, 2022 5:24 pm
Oh, just stumbled upon two pieces written by actual game programmers (the actual "Word of God") at the beginning of the millennium, regarding a mod similar to NewNet, called ZeroPing:

This isn't that relevant. It was a bad take back then and turned out to be false.