Where do you live?

Where do you live?

I thought it might be nice to do some virtual sight-seeing and people could show some idea of what it is like where they live.

This is a short video of the entrance to Coos Bay (my town). What you are looking at is the Pacific Ocean leading into the two rock formations you see going out into it. This forms the jetty and it's where the ships can transition from the sea to the bay. The tower in the foreground is manned by the Coast Guard and is used to oversee the jetty when rough seas are present. They just recently put a radiation detector on it, ostensibly to watch for wafting radiation from Japan. We get a lot of Japanese floats, wood, etc wash up here so it makes sense to be careful about that too. Later in the video you can see the jetty entrance transitioning into the bay proper and heading into town. Here's an overhead of the spot on google maps and you can zoom out to see where you are in the world:
http://maps.google.com/?ll=43.350632,-1 ... 4&t=h&z=19

There is a really neat tunnel that runs directly under where we are that we climbed down and went through. I'll post some further pics if anyone is interested. BTW that's an extremely calm day, don't let it fool you. I've seen days where there were HUGE sets rolling in that swamped the jetty and exploded against the rock wall where we are standing.
So long, and thanks for all the fish
Top

You know... i love the idea

I am from Mars.

The invasion begins soon. Have some pie.
http://unreal-games.livejournal.com/

I am from Mars.

The invasion begins soon. Have some pie.

Dude... seriously!!! do you have to fuck every serious topic up?!

Finally someone had a nice idea for a offtopic thingy... wich i really like... and your going to ruin it in my eyes! I can't believe you are really an adult... sjeez!

Just checked the video, love the view, wish we had things like that over here

that is a nice place to live!
like gen said, we dont have a lot of rough nature here, everything is flat. and almost all the forests are planted.
but I cant complain. I live in a small village with a lot of nature around.
Top

Apologies for my goofy nature, my most common instinct is to go for the silly.

I currently reside in Palo Alto, California. Which is part of Santa Clara County but still considered part of the San Francisco Bay Area. I was born in 'Frisco (San Francisco) and lived for a bit of my toddler years in Pacifica before we moved to Hillsborough which is where I lived a majority of the time until I started getting my own places.
http://unreal-games.livejournal.com/

I live in the capital of my country: Lisbon (Portugal), have to go to the center of the city every day to go to work.

My home is quite simple (it's kinda an apartment, but something older, live in a 3rd floor without any elevator, good exercise having to go up those stairs), but has something I find amusing: at one side you have the busy city with lots of people and cars in the morning, but once you go to the other side of the house, you have a big green area quite silent where all you can hear are the birds in the morning. I think it's obvious in which side my room is

It's nice to live here, as anywhere I want to go is easy (lots of transportation alternatives around here), have one of the biggest malls in the country 10min from me, although I only go there if I really need to, near me I have 2 "rival" supermarkets side by side (competition is just awesome for us clients, as we can easily check and take the cheapest from one or another), however if I want to go to the nearest beach I have to get a bus, a train and still walk during 15min to get there.

Here's a nice video I found about the city I live in:
[youtube]FU8RujeBJq8[/youtube]


I swear, that`s right! (pun intended, I love english for this shit, simply to less available words)
About to be non-active
My very last UT map project: CTF-FacePalm (tropical CTF-Face remake)
Why do I leave? click here
What I want to do next: Joining an UDK team (uncertain however) and improve 3D modelling and texture editing skills
Thanks to those who visibly supported me until/at the end!
My reactivated account on indiedb.com.
Top

I live in Hungary/Budapest
Check the video in 1080pHD

Good videos, both of those. Man, that mojo one is just packed with good information in a very short time. Lisbon is a lot larger than I had thought. 2.2 million people in the metro area...damn that's a bunch. It must be nice to have shopping and restaurants and malls, I do miss that. We are a couple of hours by car from the nearest town (Eugene) so there's not much urban night life.

Same for Budapest. I watched the time lapse and that city is quite larger than I had thought it to be too. How many people live there?
So long, and thanks for all the fish
Top

All very interesting. I envy both of you on the west coast. (for the climate and landscape)

My story is so much like EvilGrins, that it scares me a bit.... Born in S.F. Live there until I was 3 or 4, then we moved across the bay to
Dublin Ca., (Long before it turned into a horrible pit....)

At age 8 or 9, I was exported to central illinois, where I have been since for the most part. Did return to CA for 2 years while in the airforce, back in the
early 80's.

I know what I am missing.

No pics or vids of illinois for you. Google "Corn field" or "Soybean field" if you want to see it.
blarg
Top

ASLYE702 wrote:I live in Hungary/Budapest
Check the video in 1080pHD

Wow, pretty nice city to see, reminds me a bit of "Prague" with those nice "old" looking buildings

Well, i couldnt find a lot of my place... Its called "Westervoort", its a town next to the city of Arnhem, So... i think its best to talk about that i guess.

The city of arnhem is a pretty "rich" city during the history, people might know it during the second world war or the "Living statues" Contest. People from all over the world are joining that contest, the rules are simple... Just hold friggin still and dont move a bit OR hold a pose for rather a long time. People are dressed in all kind of things, to simple clothes or really fantastic costumes or body paitings.

We have a "famous" bridge during the history of the second world war. But i spare you the details

Maybe some of you know "The bridge to far"/"Battle of arnhem" or the most familiar name "Operation market Garden".

Here are some simple pictures during that time. 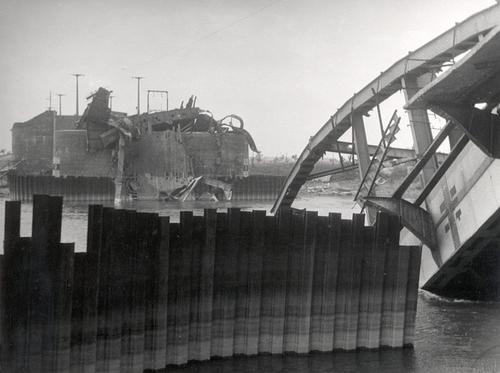 And one from now

For the rest i spare a lot of details with pictures, if you want of the city themself, here are some links with some information (In english yes)
http://picture.bbnl.nl/

And a small youtube thingy of a "Park"
[youtube]0Ze1gJoJK0k[/youtube]

I feel you Loathe. We drove down to LA last month and did Disney then back through LA. Never again. I couldn't wait to get across the border and back into Oregon. Cali should secede and form it's own nation called North Mexico. I had no idea the takeover was so complete by the Latin immigrants. No one speaks English anywhere, even the radio and TV were in Spanish. I kid you not, we stopped at a gas station in I-5 in the valley and the attendant said "Oh look! White people." when we walked in. I must have looked kinda freaked out because he immediately said "No, no! It's ok! We just don't get many whites." I chatted him a bit while the kids stretched their legs and he told me that he wasn't kidding and that whites were very much gone from the central valley.

Now, to you haters...I'm not racist, I hate everyone equally. Seriously I have no problem with immigration but when it gets out of control the identity of the host country is just lost. Look at France or the UK, they are struggling with the same thing. You have got to keep a handle on this sort of thing or you just lose like southern California has.

@Gen: I have a picture somewhere of my Dad standing near that bridge when he was in the Army. I'll dig it up...man how bizarre...
So long, and thanks for all the fish
Top

I live in Vigo, Galicia. I'm very close to the northern border of Portugal.

It's mostly a nice city. Except for the fact that living near the coast has its disadvantages such as a very high humidity in the air, which is bad for my health.
"Not only is UNIX dead, it’s starting to smell really bad" -- Rob Pike
Top

I live in cologne. Well, a mostly shitty city in NRW
But there are sometimes neat things here. 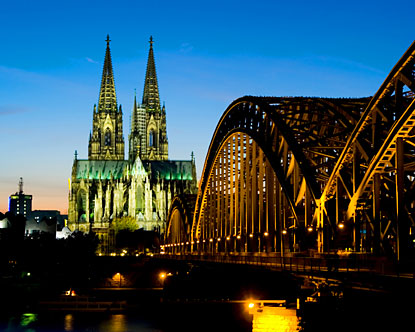 And here is a picture of the famous cathedral with an American tourist in front of it.