The first time I played U2 I didn't exactly cheat, by which I mean I didn't use God-Mode...

...just gave myself maximum health and ammo, hit 'save game' a lot, and occasionally I'd get all weapons before I got to the parts of the game where you'd get those new weapons.

I started playing the game again yesterday, after some serious reconfiguring...

...basically copying a lot of my ut99 User.ini over parts of the Unreal2 User.ini for the moves; that's a whole involved thing... which I'm still doing. Mainly though, I'm having to relearn the cheats.
http://www.gamefaqs.com/pc/472314-unrea ... ing/cheats

I kinda wanna play it this time through for fun and ridiculous summons. See, in ut99 when you summon a monster it's facing you, so it's likely gonna attack you immediately. However in Unreal2 monsters face away from you when you summon them so they'll attack whatever's in front of them, and then come after you after they've killed that. 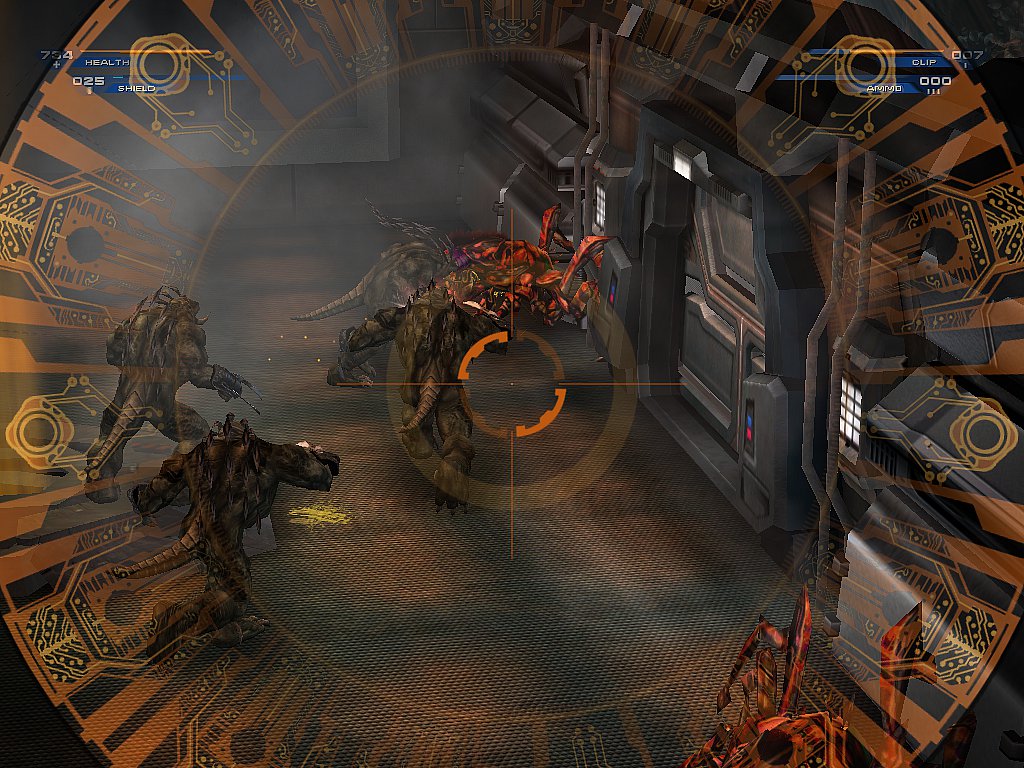 With the exception of other Skaarj, it's possible to summon them in to kill anything you might come across... if you wanna sit back and watch.

Or you can summon in troops to assist you: 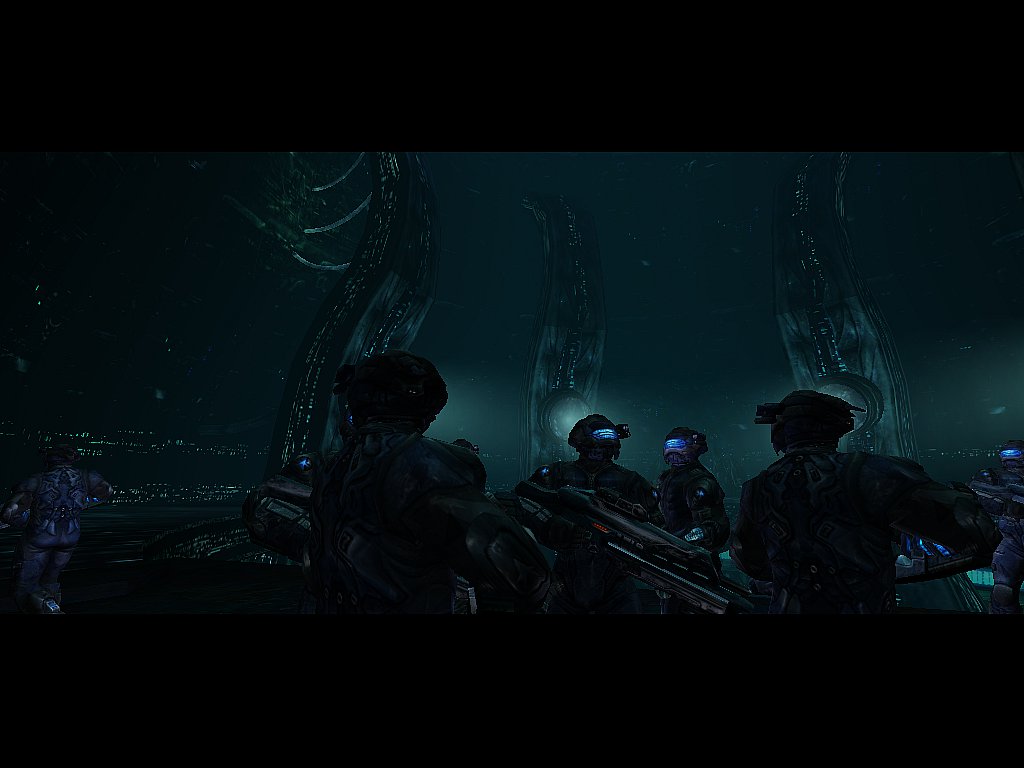 Who says U2 doesn't have bots?

Anyway, that's what I've been doing lately. The fact this started while I was feverish I'm sure has nothing to do with anything.
http://unreal-games.livejournal.com/

Pretty much nobody :p

Funny stuff, but I doubt it's worth reinstalling U2.

I played all Unreal chapters (except made for Unreal 2 and UT4), and I must say the only "Unreal" thing that U2 has is the Skaarj and the Engine...Everything else doesn't belong to the Unreal Universe (In my opinion)
{S.o.W}DeathMask, 9 times CWC UT2003, 1 time EMKTC.

@paper - are you serious you never played it? i think everyone should, at least once

imo, it was not really a bad game, just had really bad "release" timing cause it could not compete with HALO (yes!)

it was made by Legend (same studio that made RTNP) and not Epic (who were working on ut2003 at the time).

It came out before ut2003 and deusex invisible war (so during 2002) and so was really the first UE2 game out.

the graphics at that time were a great leap forward on PC, although, for gameplay elements it fell well short of "halo" by a wide margin (no vehicles, for example)

Some good and bad things i remember most about U2
(in no particular order):

pros:
- very cool locales/environments
- a rather cool space-craft (atlantis)
- a very hot looking chick NPC (that was not lara croft lol)
- insanely over-powerful guns
- damn, spiders spiders and more spiders - BUT you get a really good flame thrower to fry all those spiders - yeah!!!!!
- perimeter defence required at times

cons:
- sort of a weak predictable story that had a pretty stupid ending (okay, game endings are usually stupid so you can't blame Legend)
- in unreal you had teleportation, in unreal2 you have a shuttle pod... hmmm
- boring not cool engine cutscenes - should have just made better quality bink cutscenes like most other games
- no driving of vehicles, which i was really disappointed about, having already played HALO for a year
- a very stupid alien pilot character and an unconvincing side kick tech dude that smoked a lot of cigarettes
- sigh, stupid jumping puzzles
- stretches of boredom
- skaarj who look more like gorillas and less like "predators with tails"

results:
- The Legend studio closed shortly after U2
- UT2003 struggled for a year until replaced by UT 2004 which finally featured VEHICLES!!!!

maybe worth a look just for the flame thrower alone...

FraGnBraG wrote:@paper - are you serious you never played it? i think everyone should, at least once

Then I shouldn't mention what I started playing but never finished ...because I got bored of it... Yeah it's a well known Singleplayer game here.
-=: http://jokercologne.deviantart.com/ :=-

You can map but create total control of pawns from a script, really easy, like make a skaarj follow you as a friend, change to enemy, do animations, all kinds of stuff.
You could even make voice tracks and use them pretty easy.

"a very stupid alien pilot character " probably the thing I hated the most, and the slow walking speed.
Binary Space Partitioning
Top

too bad can't play them on Xbox360, and of course i'm not interested enough to hook up the old XBOX so i guess it's just memories now, oh well

looking at the U2 sleave cover, it mentions "spectacular vehicular carnage" so it must have had vehicles -

sorry then - i guess i completely forgot about that - i know ut2003 had no vehicles ...
-=FraGnBraG Level Design=-
>>>Band-Lab<<<
Download: CTF-DMU-ClusterFkk
Top

I played Unreal 2 two times. I really liked that game when speaking about graphics and cool weapons - The Drakk Laser Rifle (My Favorite) and my favorite level was Ascheron and Drakk Hive Planet (Second Last Mission) and Oh! my favorite monster was the Drakk Boss and all types of Skaarj.

One thing I didn't like was the number of levels were very less and I was missing the titan, but I guess they replaced the titan with Tosc. Still U2 is one my favorite game even though it has got very bad reviews.
Top

FraGnBraG wrote:too bad can't play them on Xbox360, and of course i'm not interested enough to hook up the old XBOX so i guess it's just memories now, oh well

looking at the U2 sleave cover, it mentions "spectacular vehicular carnage" so it must have had vehicles -

sorry then - i guess i completely forgot about that - i know ut2003 had no vehicles ...

Bah, isn't there an emulator you could use?

papercoffee wrote:I've never played it. Maybe should I try this ...or is it not worth.

Without my wacky approach to playing it, it's quite fun actually.

Hellkeeper wrote:Funny stuff, but I doubt it's worth reinstalling U2.

Didnt need to. It's been on my harddrive the whole time. I've just been neglecting it. 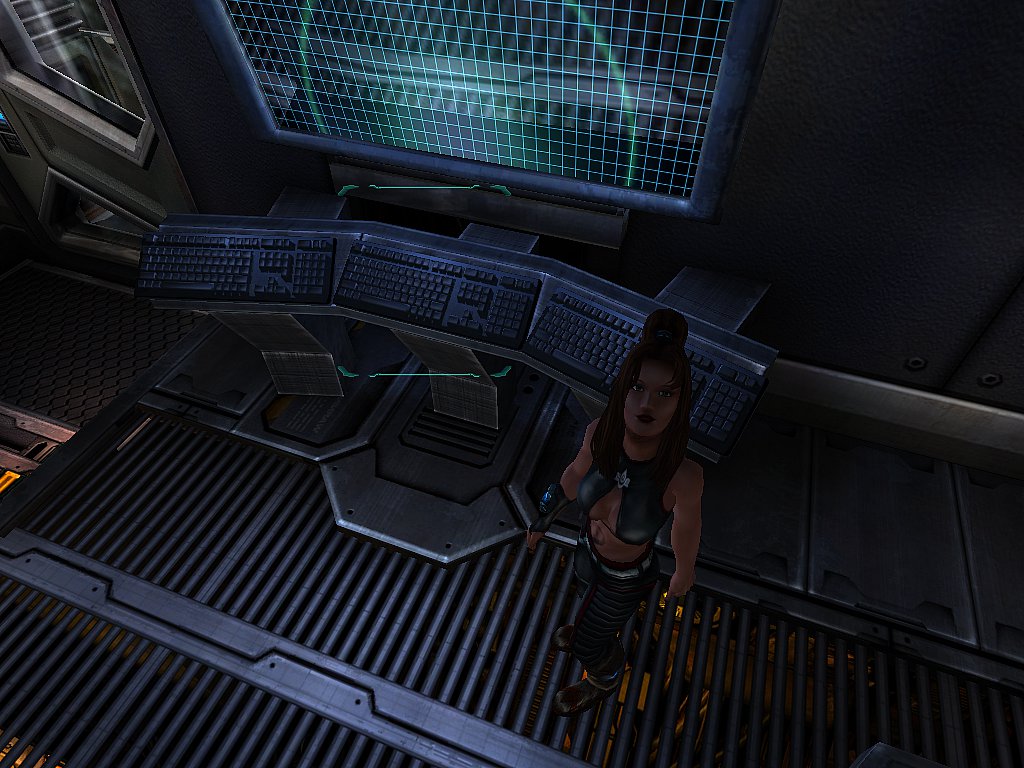 Aida was the only two good things about this games. And by things, I mean THINGS.
You must construct additional pylons.
Top

Visiting Isaak highlight: "see ya later." The way John delivered the line sounded like him and Isaak just blew a joint together.

Ne'ban: runaway alien prince looking for adventure by standing in one of three places on a small ship orbiting planets watching John go and have adventures. Born to be wild.

Aida: very pragmatically dressed, unblinking, psycho-eyed, head-tracking weirdness. If she were a child you would have Damien from the Omen. Unnerving.

Its a game I play now for the laughs really. Some of the locales were cool I suppose but it really did feel like a tech demo dipped in bland gaming sauce. The Skaarj were well done.
Unreal Series Collection
Unreal series screenshots (2560x1440)
Top

And now she is in a screenshot here, looking.........lolzzzzzzzzz
Binary Space Partitioning
Top

Skaarjs looked nice, but they seemed so heavy... That fitted well with their miserable speed. Too bad because.
The models in themselves were gorgeous. Not just for Skaarj but for the Atlantis crew, the soldiers, the fauna... If only it had been put to good use. What a shame.
You must construct additional pylons.
Top
Post Reply
105 posts