Tutorials and discussions about Mapping - Introduce your own ones!
Post Reply
287 posts

memsys wrote: This is also the first time I've seen the editor trip out like this

Little update on Lords of the Void 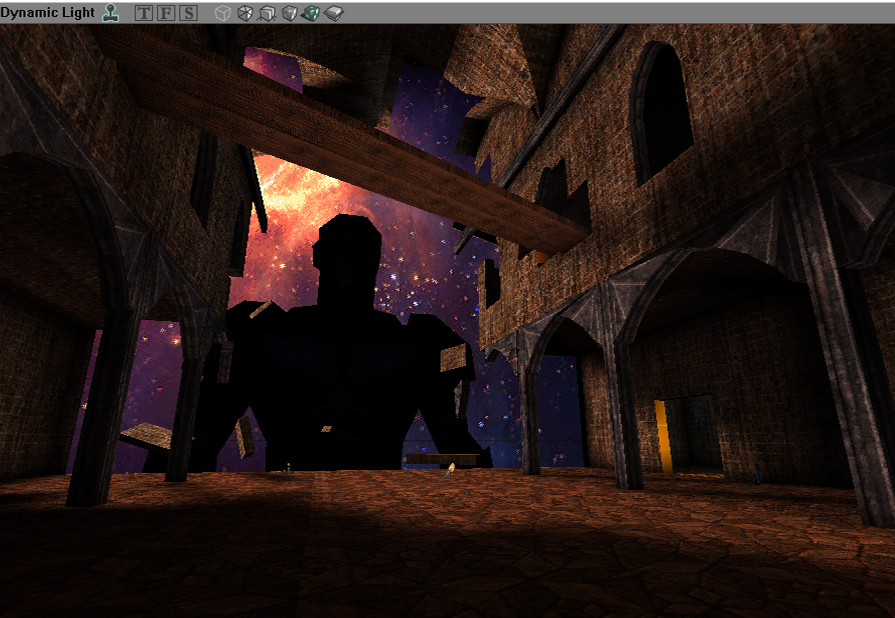 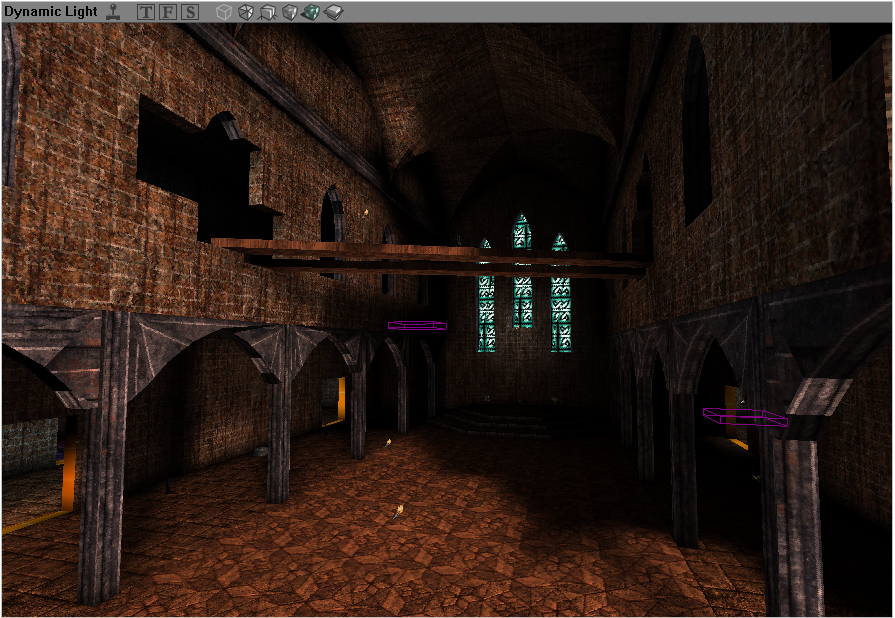 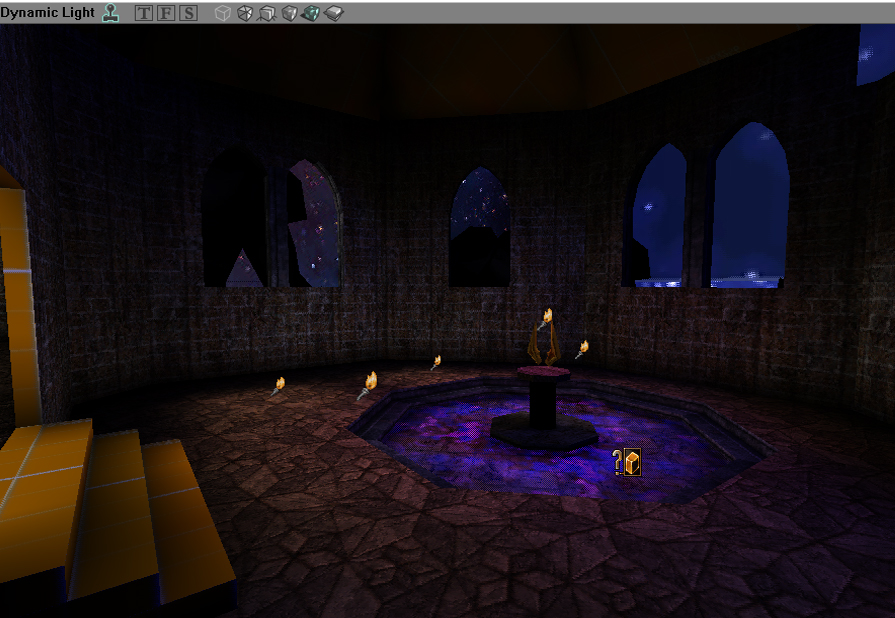 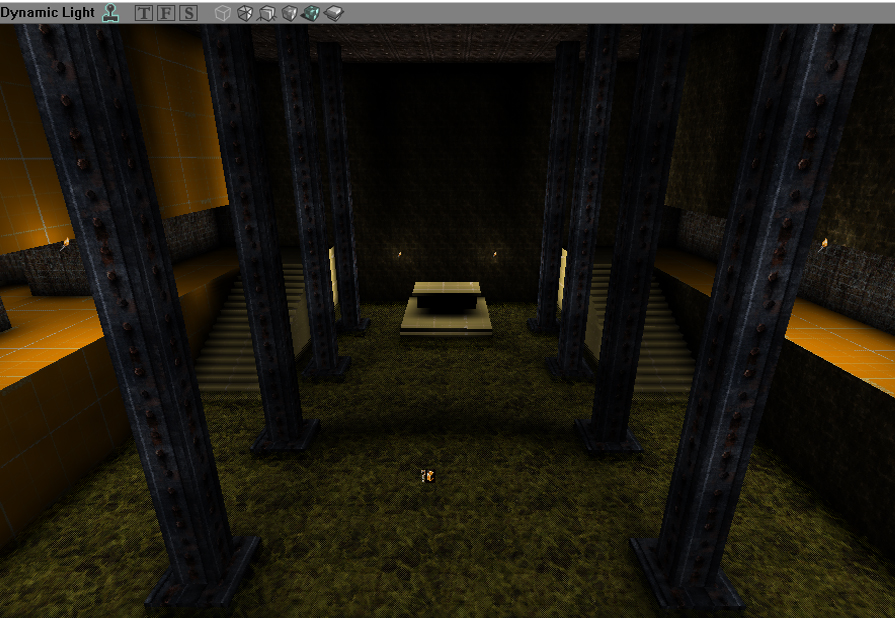 Spoiler
Show
Last visual update here, the next will be a betta version to be tested
Last edited by XaNKoNII on Tue Oct 03, 2017 3:22 pm, edited 1 time in total.
Top

Software renderin' makes it even hotter.

memsys wrote: This is also the first time I've seen the editor trip out like this

Are you standing inside a HOM?
Or what exactly happened?

memsys wrote: the entire "void" in the editor turned into a GIANT HOM

Hmmm... this can happen when you turn the game-view on ...or what ever this little Joystick symbol on the 3D view means.
Strange.
-=: http://jokercologne.deviantart.com/ :=-

memsys wrote:Not only that but with a smart layout you can create the illusion of the map being larger then it really is.

EDIT: here is a preview of the current state of my map.
This is also the first time I've seen the editor trip out like this I've seen that HOM thing before, but on UT3 when Grid wasn't working properly that time I used it. Never was able to fix it as it was due to the machine.

Either way, by default if you have a map in additive geometry mode which is possible with some hacking and the 227 editor allows you to start a map as "new additive"...which was the original mode in unreal alphas btw...

well then everything is the void, the real void. And that is HOMed by default unless there is a backdrop set. Now the functionality for real backdrop got fucked up. There's no way setting a real backdrop but at least in 227 you'll get a backdrop if you set up a skyzoneinfo somewhere in the level still.

Or you do it the ut3 way and put a damn sphere mesh around the whole level....

You could use XMesh since that makes the mesh not disappear from an angle (this is only natively fixed in 227 but xmesh provides a hack to make it work).
Top

WIP screenshot from my map DM-CMC-Letitia.

Is only one day left?

This kind of reminds me of Daikatana, of the Greek levels that is.

Those were actually good and were initially designed by John W. Anderson (Dr sleep), the same guy who did siobhan/seti/batset btw. Though he left the team and his work was then worked on by another guy and his levels past the Medusa level were cut completely.
Top

No, more like less than a week left, the contest ends on the 13th (next Friday).
Top

No, more like less than a week left, the contest ends on the 13th (next Friday).

It's funny, I thought it was the first. So I ended up getting things finished up early. I actually am done. Didn't rush to do it. I'm glad the way it turned out.

overall fun contest.
"Woah what?! I wish I was recording that...."
Top

Anyone ever tried getting bots to Xloc through a WarpZone? I swear my brain is melting...
Top

ExpEM wrote:Anyone ever tried getting bots to Xloc through a WarpZone? I swear my brain is melting...

Well, I have no idea if this is going to work, but if you're putting TranslocDest at the other side of the warp zone where the bot would end up in, did you try instead to put the TranslocDest inside the actual warp zone itself?

EDIT: I forgot that the engine spawns markers to connect paths from one warpzone to another... so maybe the engine is not recognizing your warpzone as being "path-able" for some reason?
Is it a one-way warpzone or so?
Top

Two way WarpZone, I did find a bug in the 227 build that borks up pathing through warpzones (not connecting WarpZoneMarkers), however using 436 wasn't much better (tho it did path). For now I've thrown out the WarpZones entirely for Teleporters, I may re-instate the WarpZones if I have time.
Top
Post Reply
287 posts