Tutorials and discussions about Mapping - Introduce your own ones!
Post Reply
81 posts

The IRPR is configurable though, so it can in fact shoot through any thickness, as long as it's configured so in the .ini.
I think it's also configured by default so the actual damage lessens depending on the thickness of the wall (thicker = less damage), which is kinda like CoD, and perhaps CS even.

Unfortunately it's a weapon that breaks some of the MH maps when misused, since players will sometimes start shooting monsters at the other side of doors and such, when the map isn't really expecting that to happen, so weapons with a similar functionality are obviously going to be frowned upon by MH mappers, so I completely get where Red_Fist is coming from.
Many MH maps deal well with that as they rely mostly on monster count, but others rely on specific triggered events which will no longer work if some monsters are killed too early on.

papercoffee wrote:making a weapon shoot through walls is indeed BS in UT.

Such already exists in BotPack: the Pulse Gun beam shoots through thin walls.

Yeah, although it's only something which can be exploited in Siege games to attack the core, while in CTF or DM or others, it's rather useless.
Although it has been fixed (at least I remember fixing it myself years ago for Siege specifically, but then with new Siege versions, Newnet and such, I think those were fixed there as well).

Really? Never noticed this.
How thin must the wall be?

I don't remember the exact thickness, but it goes down to putting yourself as close to the wall as possible, and then the beam trace starts at an offset from you if I recall, which makes it spawn at the other side of the wall if it's thinner than that offset distance.

Feralidragon wrote: ... so weapons with a similar functionality are obviously going to be frowned upon by MH mappers, so I completely get where Red_Fist is coming from.

I still can't quite see how the qdemons can attack from an adjoining courtyard, as they can jump but I don't think they could jump over the wall.
Top

Really? Never noticed this.
How thin must the wall be?

Some UU only, IDK the exact value. I guess the reason is that the beam is spawned at the end of the pulse gun barrel and exceeds player's collision cylinder.


For example in AS-Golgotha you can destroy the heart from outside by shooting through the ground. Kneel down close to the wheel of the siege tower and shoot down with the pulse beam.
----------

OjitroC wrote:I don't think they [qDemon] could jump over the wall.

Their jump height increases with the distance to the enemy: 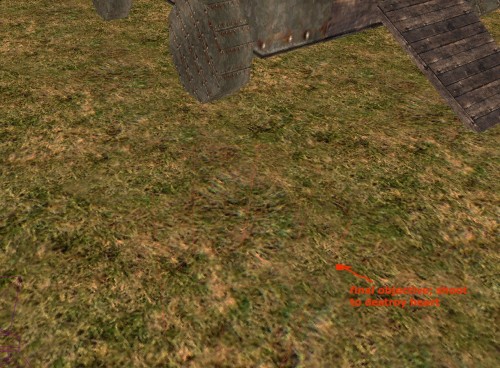 Ah... so it's more or less bug use. Ok, I thought the Pulse Rifle beam could do this at default without tricks.

Red_Fist wrote: now why in the hell would one program that as a feature

Also, we've seen it before. The IR-sniper-rifle in NW2 could see through walls and shoot through some. 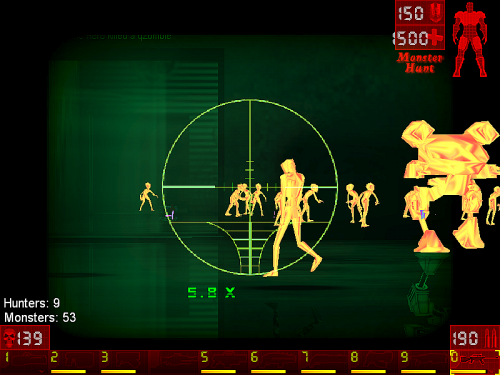 Red_Fist wrote: now why in the hell would one program that as a feature

Also, we've seen it before. The IR-sniper-rifle in NW2 could see through walls and shoot through some.

Well that is just "Another Brick in the wall", "Tear the wall down" Trump "A Wall" Pope, lives inside large walls, Great wall of China !, then you,

I don't use such cheating gadgets, or a distortion pedal gadget to make me sound good playing guitar.

(As Ted Nugent says: "I don't play with such toys"

Red_Fist wrote: (As Ted Nugent says: "I don't play with such toys"

You have never played with NW3?
btw. You can disable this vision in the IRPR (that NW3 Sniper Rifle)
-=: http://jokercologne.deviantart.com/ :=-

Red_Fist wrote: (As Ted Nugent says: "I don't play with such toys"

You have never played with NW3?
btw. You can disable this vision in the IRPR (that NW3 Sniper Rifle)

My screenshot is from NW2, but I don't recall the NW3 version having the same visual capacity.
http://unreal-games.livejournal.com/

But in my mod, pawns thickness matters too. If you are shooting really huge Titan with perfect drawscale and collision, then bullets won't penetrate.

iirc, nw2 IRPR uses traceactors iterators that makes it shoot n numbers of pawns. So in real life if Godzilla attacks the city and you own an IRPR, you can shoot through it, but with CSSWeapons, you can't.
Top

Played the map multiple times, and this 1 most recent time something new happened.

Because you directly placed the monsters on the map, it doesn't require a Stop Your Fighting mutator to prevent the monsters from tearing into each other... they just don't. However, this last time I played 2 of those tiny weird lil' brutes started fighting each other.

Tried killing them myself, but they wouldn't die. Also their attacks no longer hurt players... and they would stop fighting each other if someone shot at them, they'd attack whoever attacked them... but as soon as that person left they started attacking each other again.

Eventually a SkaarjBerserker killed them. Whatever happened to those 2 that caused this weirdness, the other monsters on the map didn't like them anymore.

Played the map over after this, but it didn't happen again. 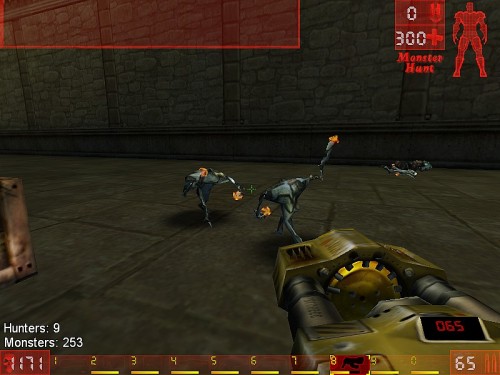 EvilGrins wrote: ... I don't recall the NW3 version having the same visual capacity.

Yes it does and it is more sophisticated in that it distinguishes between team mates and enemies (and, I think, non threatening creatures like nali cows as well).


Spectra wrote: ... Heavy weapons like awp, m249 can shoot through some thick walls.

Plus some but not all of the ARs.
Top

There's a lot of IRPR talk going on, so I will just post the excerpt from the .ini file which shows what you can configure:

Or to put it in simpler terms, by omission the IRPR does see and shoot through walls, but it's limited and it does loose damage across walls.
However it can be easily turned into the most OP laser you have ever seen, or you can deactivate all these things to the point you're left with pretty much a normal sniper equivalent to the standard one.

But the thickness of anything that is not a wall (pawn, decoration, etc) is not considered, the laser will go through them like butter, although in retrospective it would have been made sense to implement it for them as well.

What value should I set if the IRPR should not be able to shoot through any walls/doors?
I think I tried 0.000 already...
Top

Nice. And how about (scripted) pawns? If MaxWallthroughShots=2 for example and 10 pawns are standing in a row, only two pawns are shooten at the same time?
Top
Post Reply
81 posts