My attempt on converting Unreal/UT99 maps to OBJ

Tutorials and discussions about Mapping - Introduce your own ones!
Post Reply
7 posts • Page 1 of 1

My attempt on converting Unreal/UT99 maps to OBJ

I was about to port Unreal maps to other games the same way I did with Quake 3 and GoldSrc-based maps, but I couldn't really find the proper software for that.
Later on I tried following the steps as explained in this topic, the result was nothing but either a long single plane or a bunch of objects floating around.

So, disappointed, a friend of mine told me to do the following:
1. In UnrealEd select all brushes (Shift+RMB on a brush then RMB on brush line > Select All Brush), then RMB > Transform > Transform Permanently
2. Then create a huge cube (RMB on the Cube button and put 65536 everywhere):
Screenshot
Show 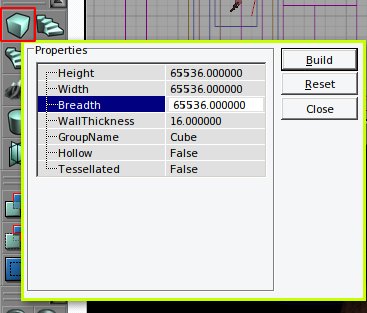 3. Select the newly created cube and deintersect it, so it takes the shape of the map (also contains texture references and UV coords)
4. Export to T3D brush format (Brush > Export)
5. Use UnrealToObj to convert the newly made T3D file into OBJ
6. Import it into Blender or whatever you like.
Result: the resulting model has proper shape, there are some "holes" in models formed but this isn't that big of a deal
Screenshots
Show

But the texture assignments are broken, textures aren't where they're are supposed to be and UV coords are screwed
Screenshot
Show

I tried flipping the UVs, changing some params but all of that is useless...
Is there any proper way to convert the map? With proper textures and UV coords?
Top

You can't mass convert like that because it causes way too much loss of important mesh information.

Select about three simple brushes in any map. Now select copy and open up notepad. Select paste. See that mess of information? That's all very important and when you combine meshes into a single it discards a lot of that and makes a single entry.

You can convert maps into obj but you need to do it per brush. I think Bob did this in one of his crazy moments with a batch conversion and it worked but ended up not really serving a purpose. He does a lot of shit like this just to see if it can be done.

BTW if you are trying to recover a stripped map don't bother. I don't think it's possible.
So long, and thanks for all the fish
Top

we used is with some success to try to port unreal maps to mine craft in bulk- however we did not like the out come and built all our minecraft-unreal maps from scratch.was still fun to play with tho

step 1: start with unrealgold 227I. it has support to convert brush to obj aka static mesh.
step 2: delete any movers, You can add these into you final product individually later. if you dont delete them - them will permenatly be a part of your map model.
step 3 : intercect the map as you did. be advised, the more pieces you break it into, the more stable it will be.
keep the poly count low enought that unreal wont warn you.the next step will handle the textures , again try to keep it in chunks- the proccess may only handle say...10 descrete textures. for minecraft we didnt care we just wanted a shell.
step4: right click you brush > convert to static mesh.
let it do its thing. if it warns you you can skip the warning ... it will likly still output,But you may have to dismiss several hundred warnings.(space bar or enter is your freind).

step5: once conversion completes, goto static mesh browser. find you mesh see how it turned out (if it did).check its multiskins! then goto file: export static mesh(obj).

use you obj file.

on another random note .. it should also work with brush stripped map via intersect( as terrible as you will imagine). and while absolutely terrible. 227 can convert a static mesh to a brush( very badly)
Top

Hey Poly, you here mate! What a surprise!

Anyway, I'll tell you again, it would be helpful if you specified to them what game you're trying to convert into. I won't tell them myself - I'll give you the freedom to decide whether to tell.

PS: it's a game where the map is a single model.
Top

Hey guys, I know this is an old thread but I decided to revisit this.
Just to let you know, I imported an Unreal map to Blender with correct UVs and textures by intersecting (NOT DEintersecting, otherwise the normals will be flipped) the cube with the whole map and making a static mesh (thanks to bobisunreal), now I get exactly what I wanted.
Thanks for all the support guys (admins you can close this thread now)

Edit: there's still something wrong with the normals. Use subdivision surface with at least 1 iteration to fix this.
Top

You should write a quick tutorial. This comes up now and again, you'd be doing people who come along researching this a real favor.
So long, and thanks for all the fish
Top