Tutorials and discussions about Mapping - Introduce your own ones!
Post Reply
50 posts

If we have now such a powerfull method to repair/update some map files, shouldn't we open a new thread where we post/link all new files?
Server admins will have it much easier when setting up a new server that prevents file mismatches and it will be a good thing for the community.
Last edited by Aldebaran on Wed Feb 01, 2017 1:19 pm, edited 1 time in total.
Top

Absolutely agree. That's why I said that building a server is not that easy or let's say it's not doable that fast...
I'm thinking at those quake textures, they have the same different structure, I'm not sure if conforming them will help player with files. Definitely new files have to be used by everyone.
Top

Be advised, this method will cause ACE kicks if the package contains Player/HUD/Inventory classes (mutators too?).

This thread for me was an extremely useful one, and also Higor was making me busy today, yesterday and maybe next days.
Just a conclusion, people, by conforming some files you can build a server hybrid compatible with UT client looking like an Unreal one - default old weapons support - Stinger animation working properly, a lot of things fixed, monsters attacking everything meant to be player, Those nasty projectiles with no code now are operational somehow as poor as they are. No more patrolling errors and other state doing crap. UnrealShare.CoopGame can run without any Accessed None. Tentacles are not that removed by Engine because they are... sweet, decorations being nice at destruction - a lot of stuff, except quadshot - hard to make a deal without some mutator. Happened using ORIGINAL stuff - No XCGE loaded - because with XCGE things goes just too good. Yeah, dudes, now I'm wondering myself, why fixing these things took 17 years ? NO INFORMATION, that's why. Why we did not slapped the crap out in earlier days for keeping players active ? Or it was done in a big secret by some dudes ? Shame on them then...
Top

Apologies for the necrobump here, but can anybody confirm that have a version of CTF-AreaN23final or DM-LastCrusader]|[ working with this new 5MB package?

Download link is still available on first thread page, see sektor2111's post.
I tested CTF-AreaN23 and DM-LastCrusader]|[ with it right now and have seen no texture issues.

EDIT: After looking today again I must say yes, in CTF-AreaN23 some textures here are white (not black). I tested all Chico textures I have and all shows the same. But it is not very annoying here.
In DM-LastCrusader]|[ I can't find any single-color textures. Could you post a screenshots of corresponding part?
Top

1 - I'm going to ask if in some "matching" original textures these are good looking;
2 - I'm going to wander/camp/sleep, as long as I cannot test anything without maps - LINKS ?;
3 - A screenshot would be recommended;
4 - If something is crapped on a texture block we can conform another package, we can do some brightness, etc.;
5 - Another way could be merging textures as they are - here probably similar named textures won't be a good idea at mixing, I witnessed such borks if two textures supposed similar were taking place in Map/Package/MyLevel whatever... map MH-Sk_Godz was almost closer to an abandoned project until I figured what was going on... with similar named junks aka textures;
6 - If issues are not for everyone then it's about display setup so any discussion here is pointless. More than that, if Chico was expert with these packages what should I think about their quality ? I found as well some super-duper textures package having X MB but implemented with nasty blocks crashing even Editor at browsing them - What should we expect from such a work ? Here I can quote a lot of samples of BAD textures which will have not much deal in making a conformed package. You cannot even export them if are crashing instantly.

Mapping message: If any of you mappers are planing some RuinedPackages type maps, you will be good with them dropped in MyLevel else you might see your map sitting away from the majority of play-grounds because these textures are messed up in the most Karmic style possible.
Top

So, some more experimenting makes it seem like it may be renderer related. 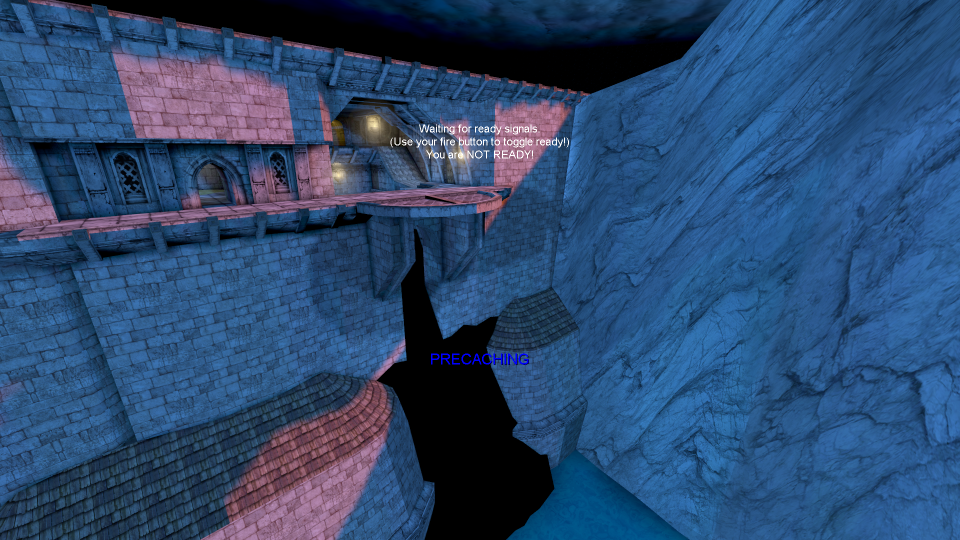 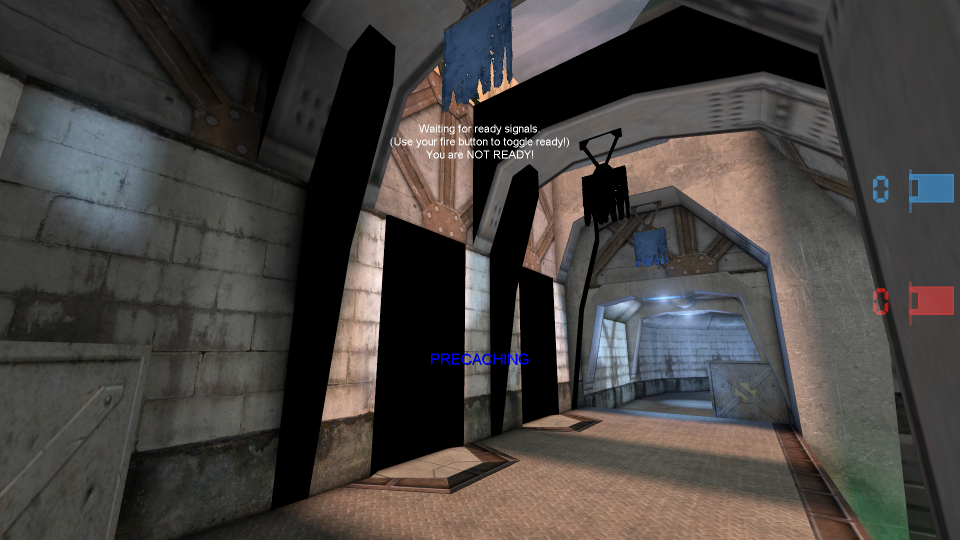 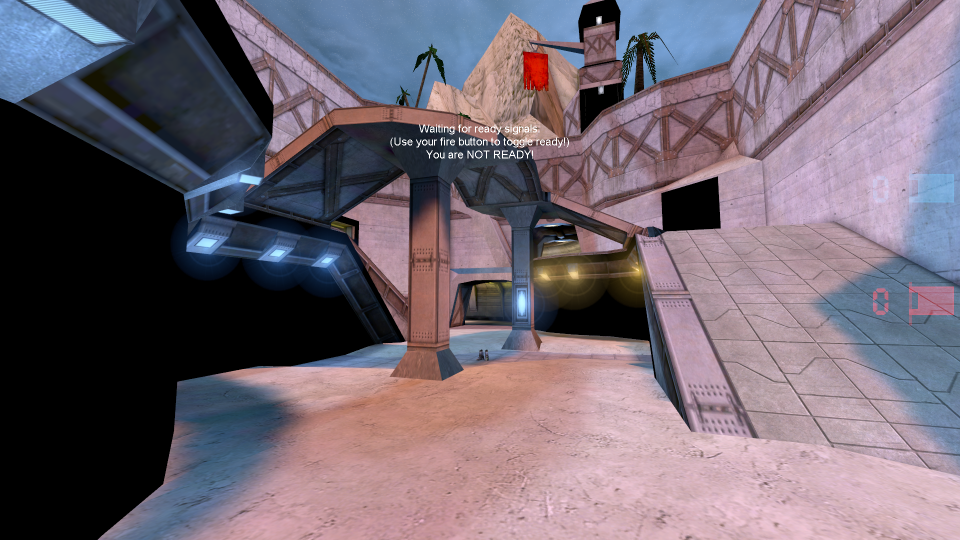 I would be clicking on them in the editor and see what the hell is supposed to be there.

Then see what the difference is with the texture settings. Or how he set them in the map.
Binary Space Partitioning
Top

Have the same problems with that map. 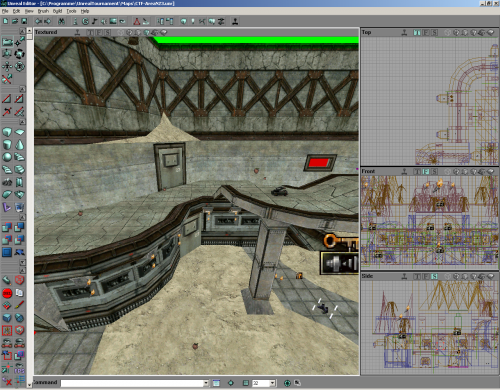 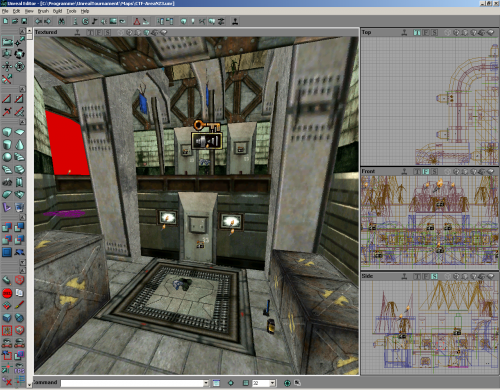 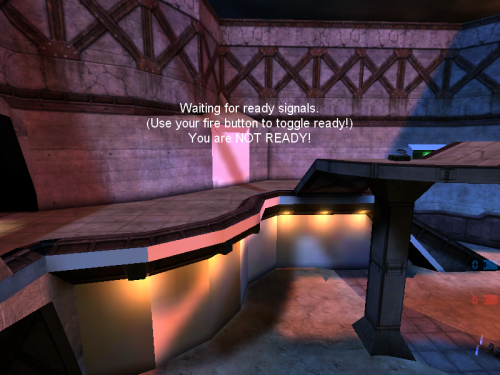 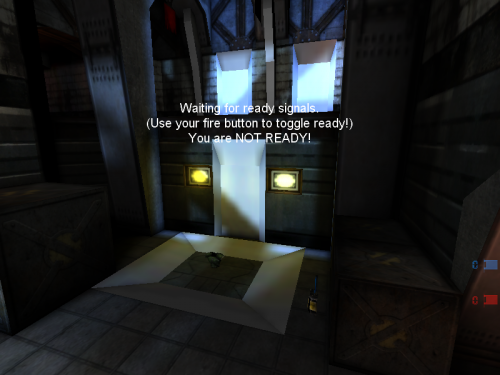 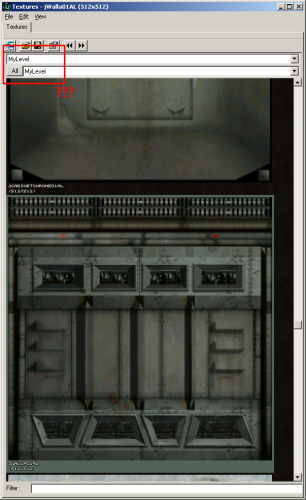 All the other textures are in a folder with the name Ammocount ...

So... this is not about "ChicoRuinedPackages" theme, it's OFF-Topic. Maps are messed up and then is a "GM" theme as usual (Garbage Mapping

group. All these happens when we don't care about using personal stuff and messing up with default names.
Last edited by sektor2111 on Sun Oct 14, 2018 6:50 pm, edited 1 time in total.
Top

Im sure there are another maps with rune textures (who is the mapper called...mmm?) maybe could have these same problems
I didnt know there were problems to load this great map. I dont have that chicoverde pack maybe cos this without installing them I could load the Kami's map
which could be the solution then?
Top

Solution is quitting duplicating a stock GROUP name if we are mappers with a sane mind. In these cases those are MyLevel textures NOT "ChicoRuinedPackages" things and they have to be Re-Imported in a particular Group not in one having the same name as a stock group. This is the flaw here, maps are screwed up with bad MyLevel content.

Not seeing anything off topic.

Also there was problems with some other map when they named sounds as the same name as the package. it was Dawn and dusk, I ALWAYS change names from stock names.
Binary Space Partitioning
Top

now I can remember the name Matthias Dorflinger, sorry let this topic as it is, excuse sektorr
Top
Post Reply
50 posts