Picked up an old map again today. See if I can finish it for good. Still have more ideas in my head. Darn.
Random bits of thought:
- won't be in AMC because the has been started around 4 or 5 years back and I don't know if I can finish it in time
- Still lots of stuff to do
- won't be as clean as older works, and probably not as detailed 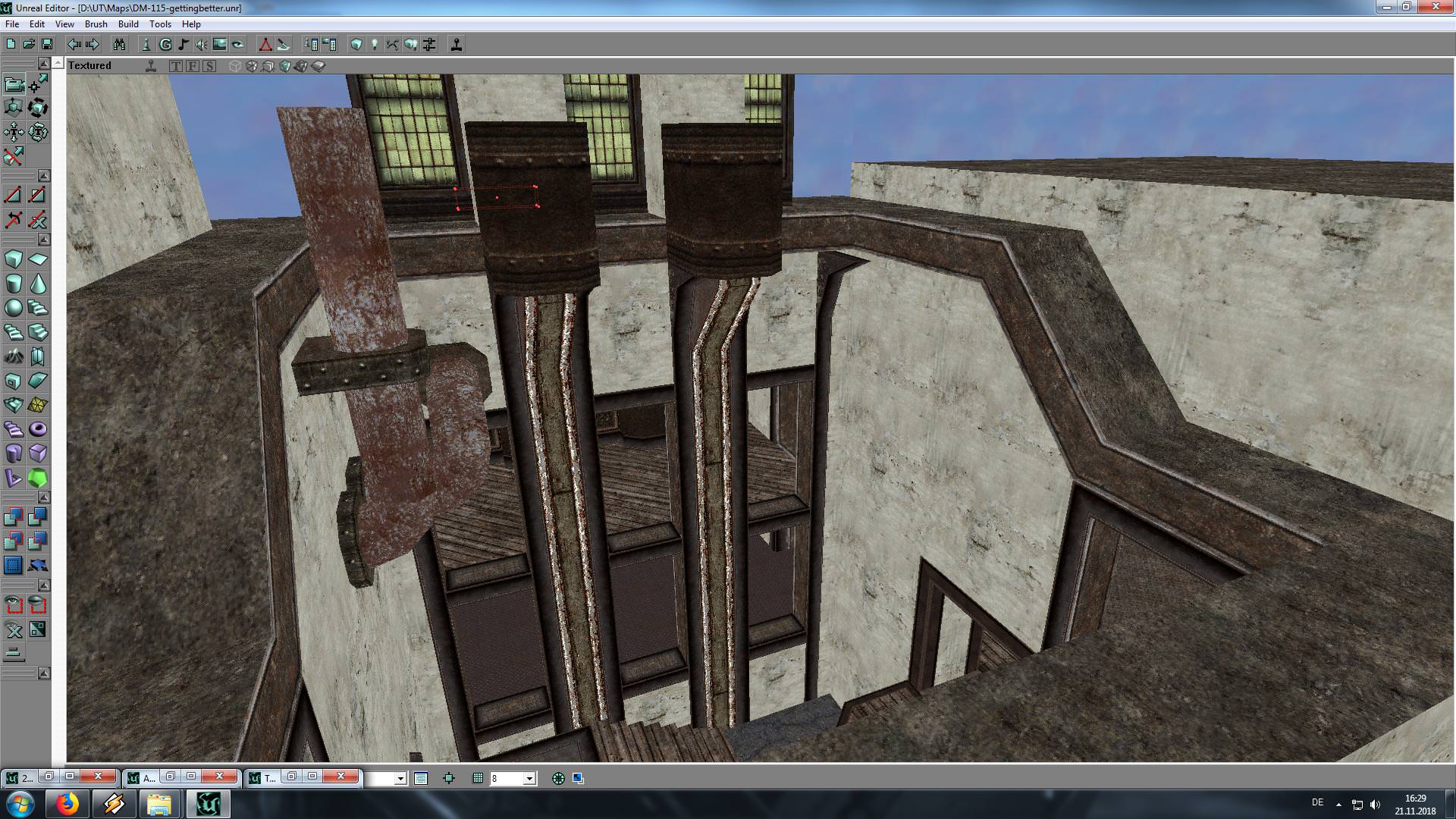 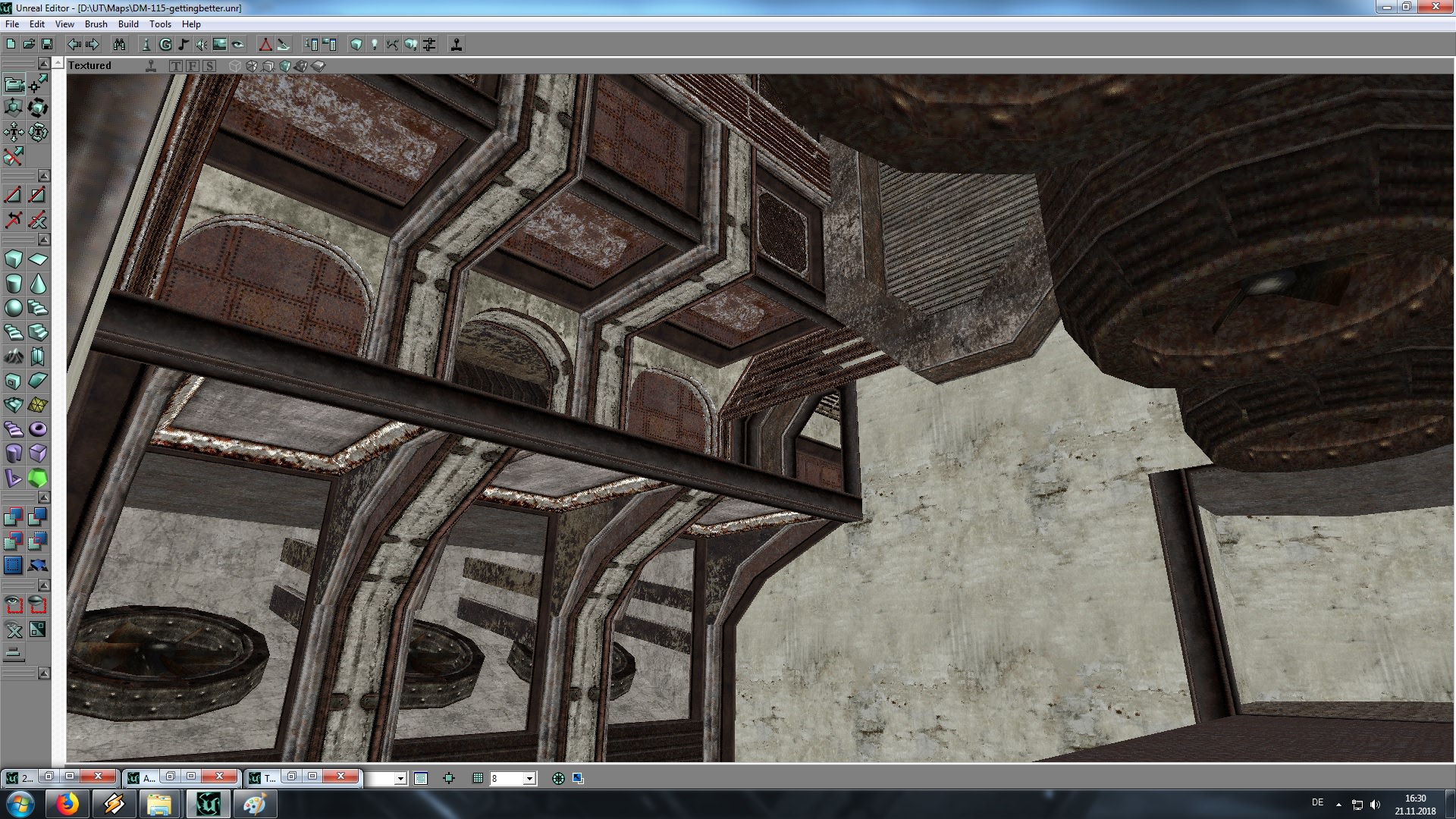 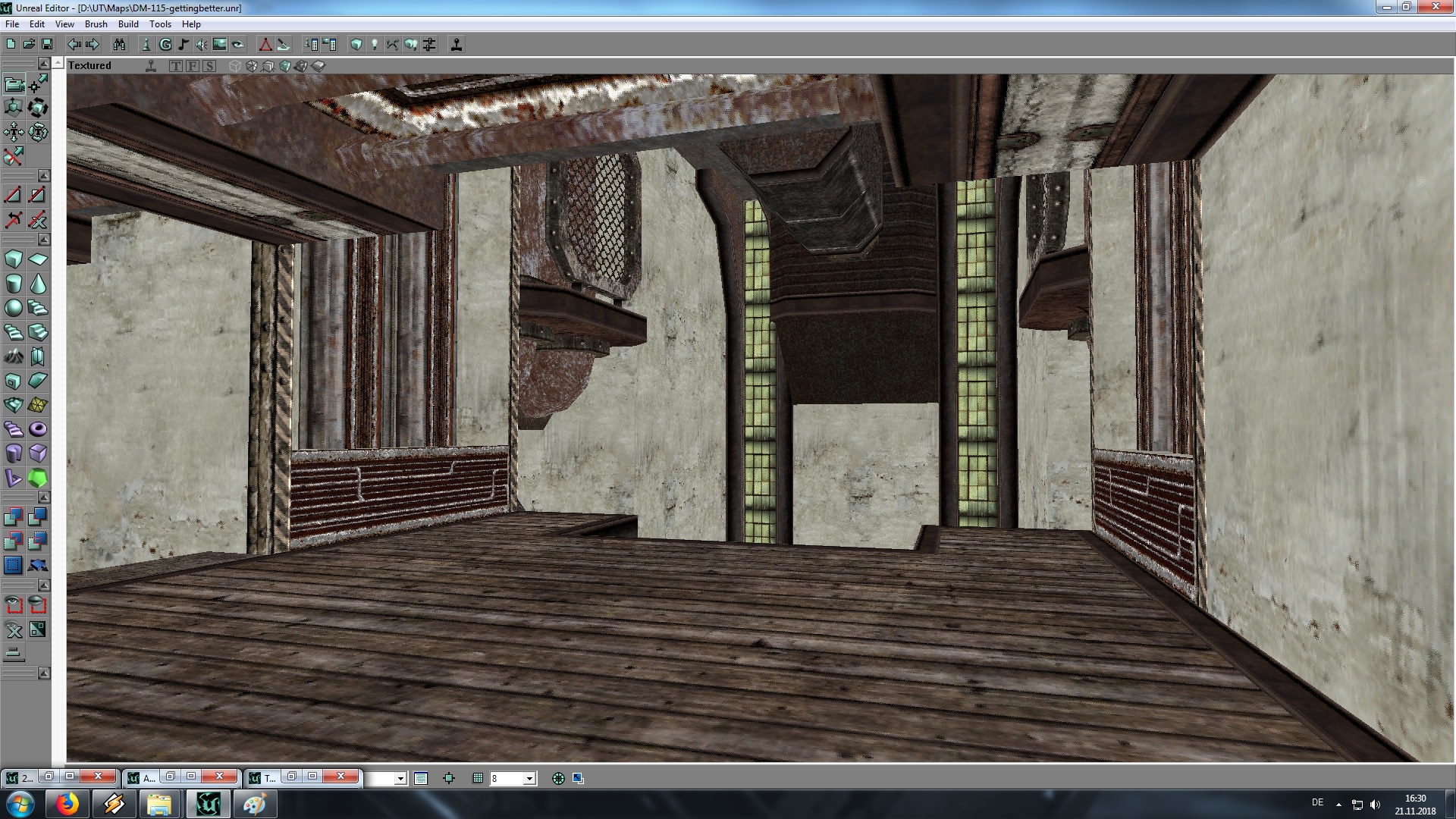 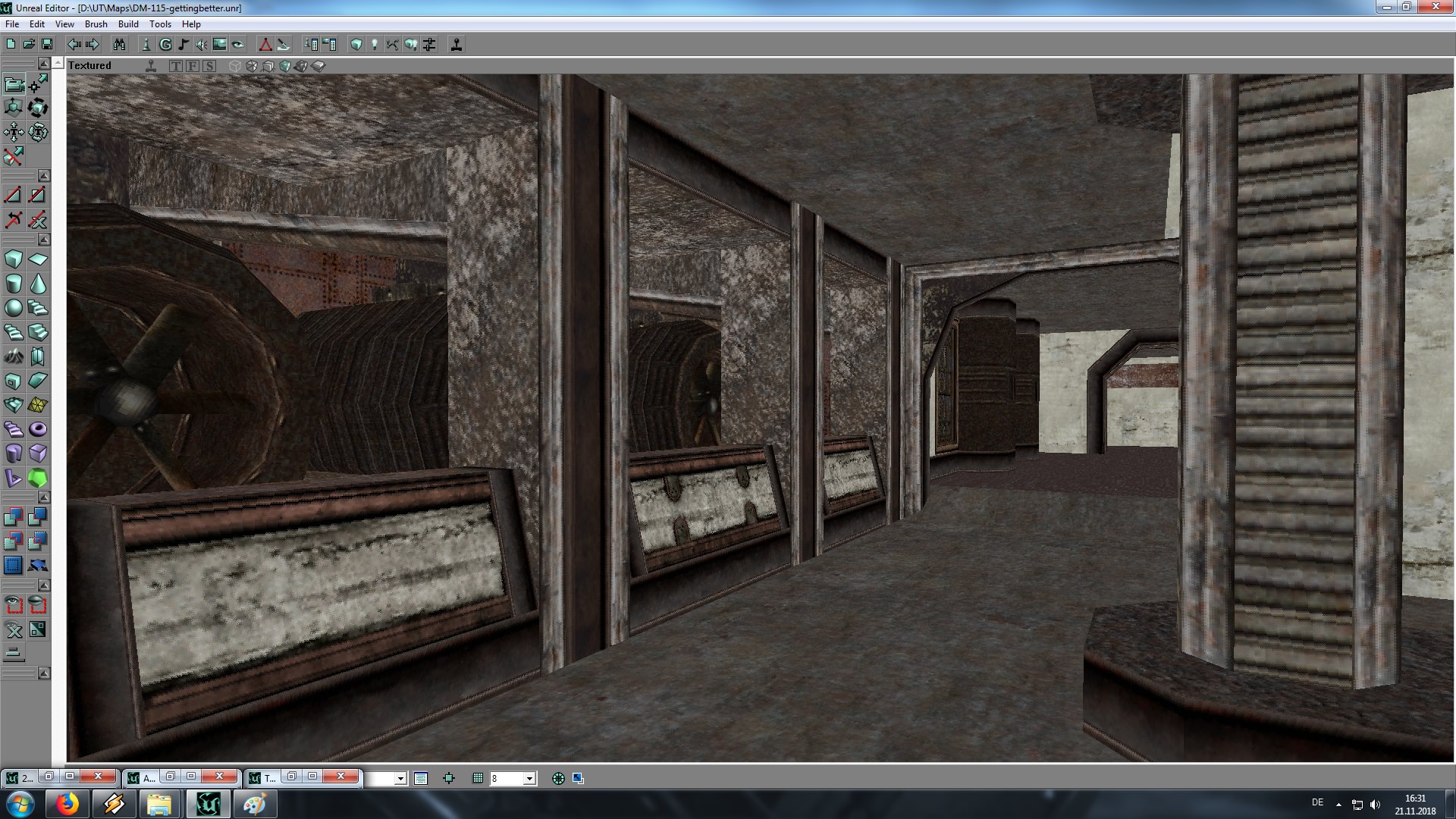 when you started it does not matter ... that "issue" was resolved - which is why I decided to try finish an old map.

It has already the typical Swanky stile 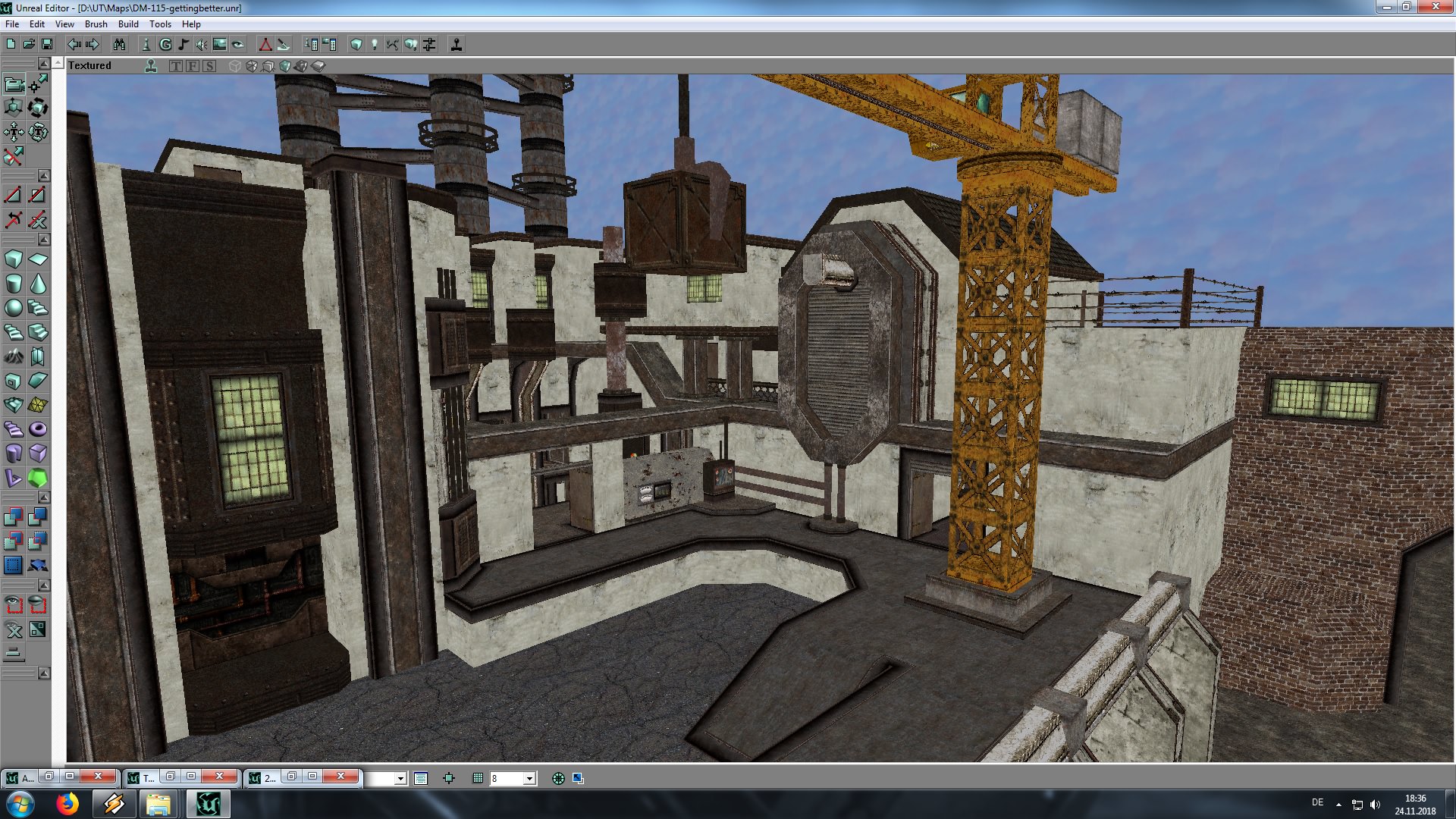 Bob exported some really good meshes from other games that would be a good fit here. Want me to ask him for them?
So long, and thanks for all the fish
Top

I find that due to the bad mesh lighting in UT they often distract more than they actually add. Organic stuff is an exception to that, but for now I'd rather stick to BSP. Thanks for asking, though.

Swanky wrote:I find that due to the bad mesh lighting in UT they often distract more than they actually add. Organic stuff is an exception to that, but for now I'd rather stick to BSP. Thanks for asking, though.

Then those kind of meshes could be interesting for you. viewtopic.php?f=5&t=12402
-=: http://jokercologne.deviantart.com/ :=-

Not interested at all. Right now at 2500 brushes and counting, but architecture is around 98% done. Just did the first lighting test ingame. 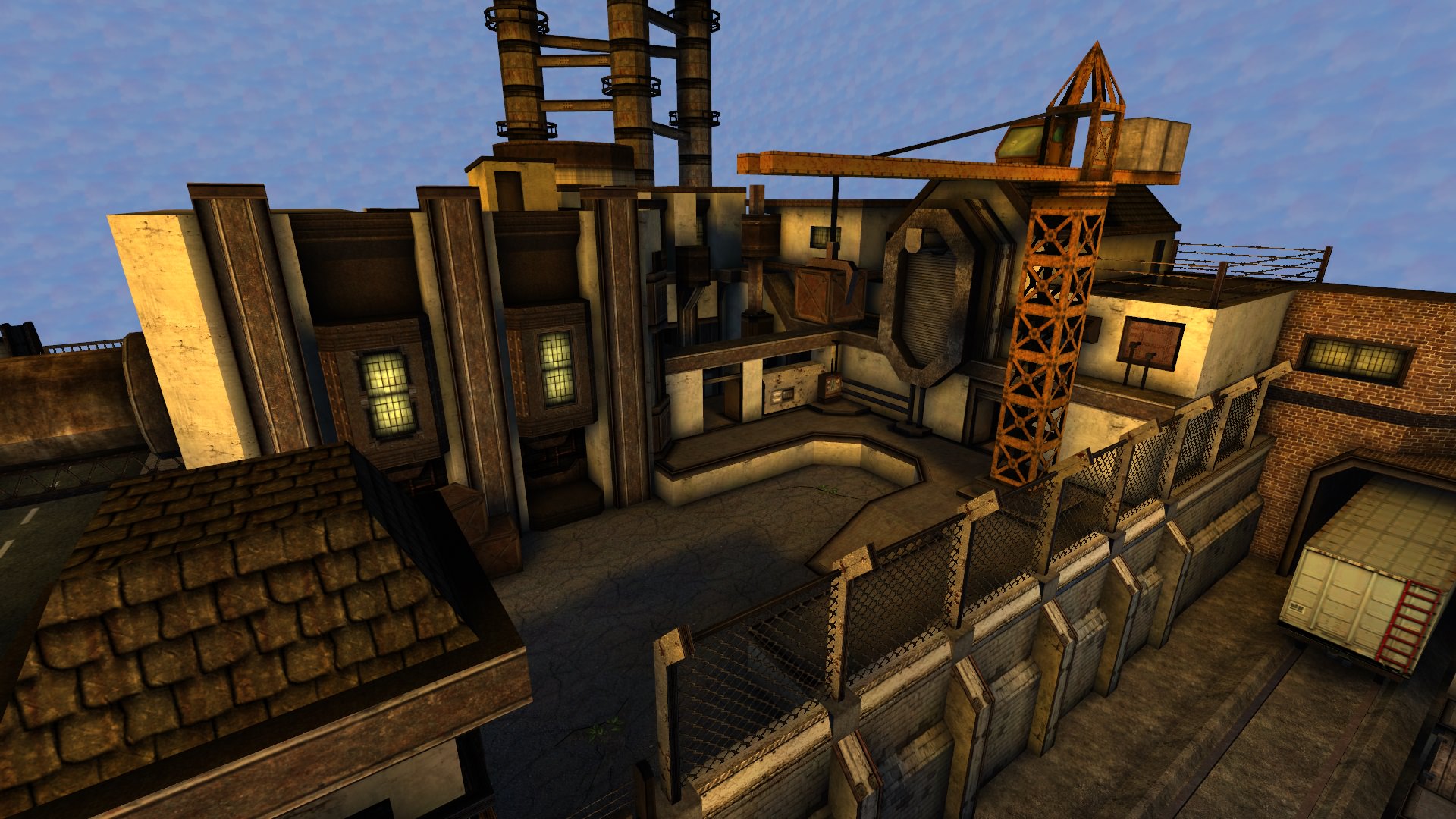 Not the meshes itself, but how we did it. So a mesh won't have those round shading.
-=: http://jokercologne.deviantart.com/ :=-

...or you could make me NOT download a map and sift through all the files and especially entries and just tell me what else you changed aside from the scaleglow.
Reminiscence - My map collection
My Moddb profile
Top

Swanky wrote:...or you could make me NOT download a map and sift through all the files and especially entries and just tell me what else you changed aside from the scaleglow.

It was Ferlaidragon who told Jack how to create it in Milkshape ...you have to unfold the model and apply a different lighting to the UV map. I have to search for the exact procedure. But with this method you will get meshes without that round shading.
(I put the screenshots in a spoiler tag, because I don't want to hijack your thread)
Spoiler
Show
meshes03.png
meshes02.png
meshes01.png
They receive lighting much better but (the only drawback) they won't cast any shadows.
You do not have the required permissions to view the files attached to this post.
-=: http://jokercologne.deviantart.com/ :=-

While it does indeed look better, I don't think I will use it. Still doens't look quite "right" to me.

Indoor lighting test; will likely get brighter as I progress. 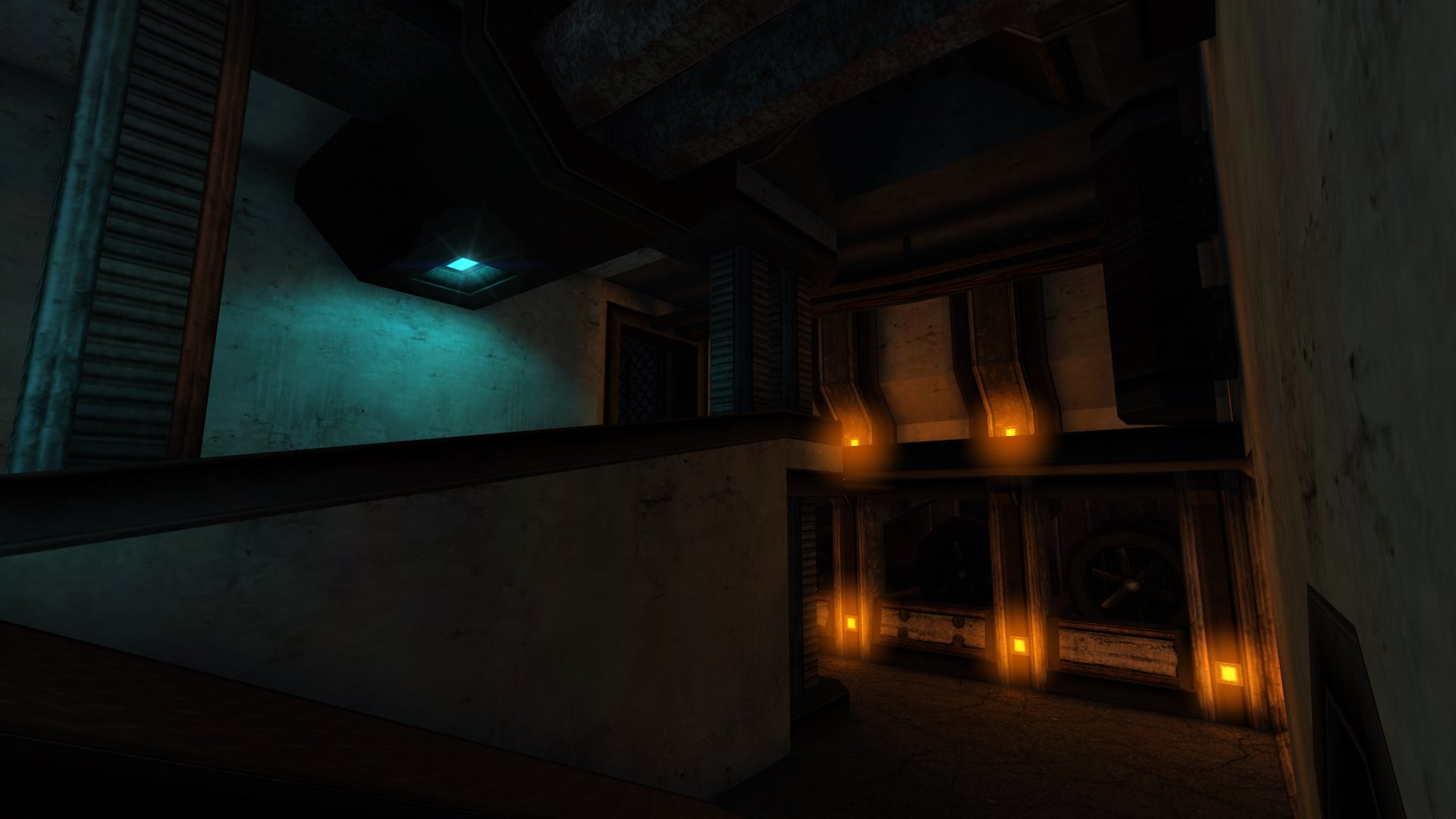 As for the meshes stuff, all you need to do to have flat shading is to prevent vertices to be shared between different polys (unwelding), and the end result is a mesh that looks very similar to BSP in general.

However, it does have plenty of downfalls: it doesn't cast or receive any shadows, they still don't have any lightmaps generated for them, you cannot have lower scale repeating textures unless you increase the number of polys instead, it doesn't render detail or macro textures as far as I know, the collision is at most still one of a mesh actor (a cylinder), which means that all in all, it isn't really a good BSP replacement by itself overall.

But, I use this flat-shading for effects in my weapon mods ("broken BSP" debris), and it works quite well in that context, but it also works nicely if you have a relatively high-poly shape (high BSP-wise) or a small enough shape (a few uu wide) that you want to replicate or set as decoration (such as a statue, a grid, a rail, a light, etc), or even for moving or rotating BSP (such as a fan, spike traps, etc).
Meaning that I wouldn't use it for big structural BSP things, for that BSP should always be used, but for either small details or high-poly ones, a mesh of this kind can be a good alternative and it may still blend in quite nicely with the rest of the BSP, but it will always depend on the use-case too and some trial and error to check if it does look good enough or not.

Having that said, in this particular map, the only places I would personally use this kind of meshes, would be to replace the crane ropes and claw, all the the small pipes/electricals and antennas, the rail supports in the 3 chimneys, and maybe a few other small things here and there, but nothing beyond that.
Although, if these are all set as semi-solids, it shouldn't be much of a issue overall, unless you have a LOT of them around the map, and unless you get occlusion bugs which force you to set them as solid.