Tutorials and discussions about Mapping - Introduce your own ones!
Post Reply
126 posts

My topic for the AMC contest.

Name is temporally, it will be something in this setting: magic - old roman / neo gothic - fairy tale like - versus stargate sg1 .

Pray for me folks that I finish this map in time: work + school is killing me.

But this contest empowers me , and have something to look out for!


Big file due the Chaos addon. I must find out which files, only to include.

Added temporary music. Readme and such will follow in final version.
Give it a run, let me know findings. Progress is early, not finished.


Submission for the contest:


People: this is as far I could produce, this is not finished. 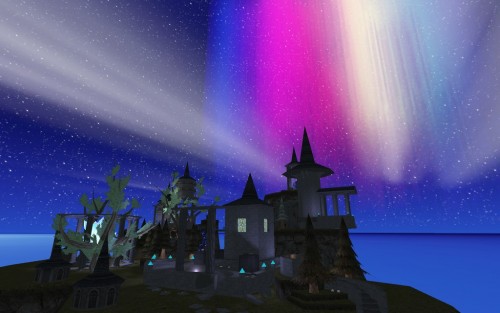 Looking forward to this.

Where are the crystals?

Tyr wrote:Looking forward to this.

Where are the crystals?

That is still the hardest part... of the map

3rd pic, is that a stargate?
http://unreal-games.livejournal.com/

Just want to note, after ... some consideration, I am still in.

Found a name for the map. Mesospheric.

My progress is by far not finished, but I still have to deliver. Quitting feels more destructive rather than releasing an unfinished map.


Updated the skybox a little, once more.
The map will run heavy on systems I fear, zoned and unzoned. 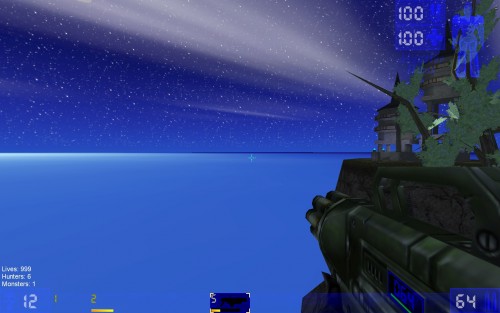 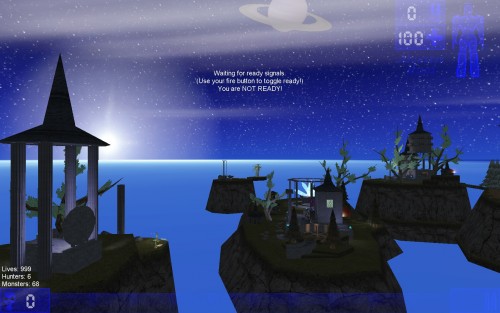 That looks awesome! I for one am glad you returned

That blue is killing me,

I probably could have made a map, but just so much other stuff, grrrrrr slap me up.
Binary Space Partitioning
Top

FraGnBraG wrote:I for one am glad you returned

Yeah, me too. Let's close the book on conflict and end this contest in the spirit of good competition.

As expected your screenie's are sexy work.
So long, and thanks for all the fish
Top

Mind removing the HUD in the 2nd pic? Need a new wallpaper tnx!

It's a really cool map


Terraniux wrote: Big file due the Chaos addon. I must find out which files, only to include.

I think you just need chaostrees.u.

1 From the log 'ScriptWarning: Failed to load 'Sound Announcer.Winner': Failed to find object 'Sound Announcer.Winner'.
2 The killzone doesn't kill the slith or the skaarj warriors, though it does kill krall.
3 I wasn't able to pick up the shieldbelt at the beginning (in front of the stargate) but I assume that is deliberate.
4 You have a typo in the map name and in the introduction at the start of the map - it's AMC and not AWC.
5 Sektor's TelTweak reports 'ScriptLog: Invalid Teleporter -> Message Spam removed for Teleporter MH-AWC-Mesospheric.VisibleTeleporter1'
Top

I should clarify what I said in point 2 in my previous post - the killzone doesn't always kill the slith or skaarj warriors, sometimes they survive falling or being blown off the 'islands'. On the other hand, the krall and flies are always killed - the flies have a tendency to fly down into it anyway.

One other point is that some of the jumppads inflict damage on landing so you may want to check these.
Top

Terraniux wrote:Big file due the Chaos addon. I must find out which files, only to include.

Answer of my tool:

Another tool told me the following:

OjitroC wrote: 2 The killzone doesn't kill the slith or the skaarj warriors, though it does kill krall.

That made me curious and lead me from function VacuumZone.Tick() with

Possible solutions: PS: May I run this already on my server? I'd change the name to "MH-AWC-Mesospheric-181130" or something until you release a final version.
"Multiple exclamation marks," he went on, shaking his head, "are a sure sign of a diseased mind." --Terry Pratchett
Top

I used CloudZone in all those MH craps which I did, simple as that, no one escaped alive from there... probably there are chances to work properly because that one has a deal with Pawn's enemy...
Top
Post Reply
126 posts